“If you not having fun, if you’re not working, if you’re not creating an environment of respect, if you’re not pushing up other people to their greatest potential, your work is not worth anything.” Though it might sound like a curated sound-bite, speaking with Joe Jacobson, founder of Studio JŌJ, award-winning robotics-installation artist, interactive architect, storyteller, author, educator, author, and new media filmmaker (whew!), there’s not a doubt in my mind that he genuinely meant every one of those words as we chatted outside the Studio’s recent insightEXCITE series, an “intelligent event series within an immersive installation” in LA’s impossibly hip Highland Park neighborhood put on by Joe and his tireless team of Isabelle Deluce, Tara Jade Ali-Khan, Sabine Spare, and Florence Wang. “That phrase, ‘It takes a village’… sure, but if you’re going to use up the village to make that thing, then you’re not going to have a village anymore to make more things.”

By all accounts, Joe’s bite is as wholesome and responsible as his bark. Situated in Office Party’s Studio 47, insightEXCITE was an extremely impressive and ambitious eight nights of music and gallery socializing that blessed those lucky enough to be in the know in late June. Walking in, attendees were greeted with a carefully and meticulously curated arrangement of paper lanterns, a soothing swatch of impressive light arrangements, and vendor tables hawking CBD-related products and the requisite artist-selected platforms and sponsors that came with insightEXCITE’s uniquely transparent mission statement and ethical compass: “So day one the catchphrase (…) for the event was its financial structure: 20% of the ticket revenue goes to the artist, 60% goes to the designated charity of the artist’s choice, it’s all out there.” I can’t pretend cracking open a cold one wouldn’t have been welcome in the lightly sweltering summer sun, but the CBD cocktails on display were refreshing and fully loaded, and I certainly won’t be the first to complain about attending on the night Topo Chico had a table set up. “It has been awesome to have weed and soda all the time”—Joe took the words right out of my mouth. 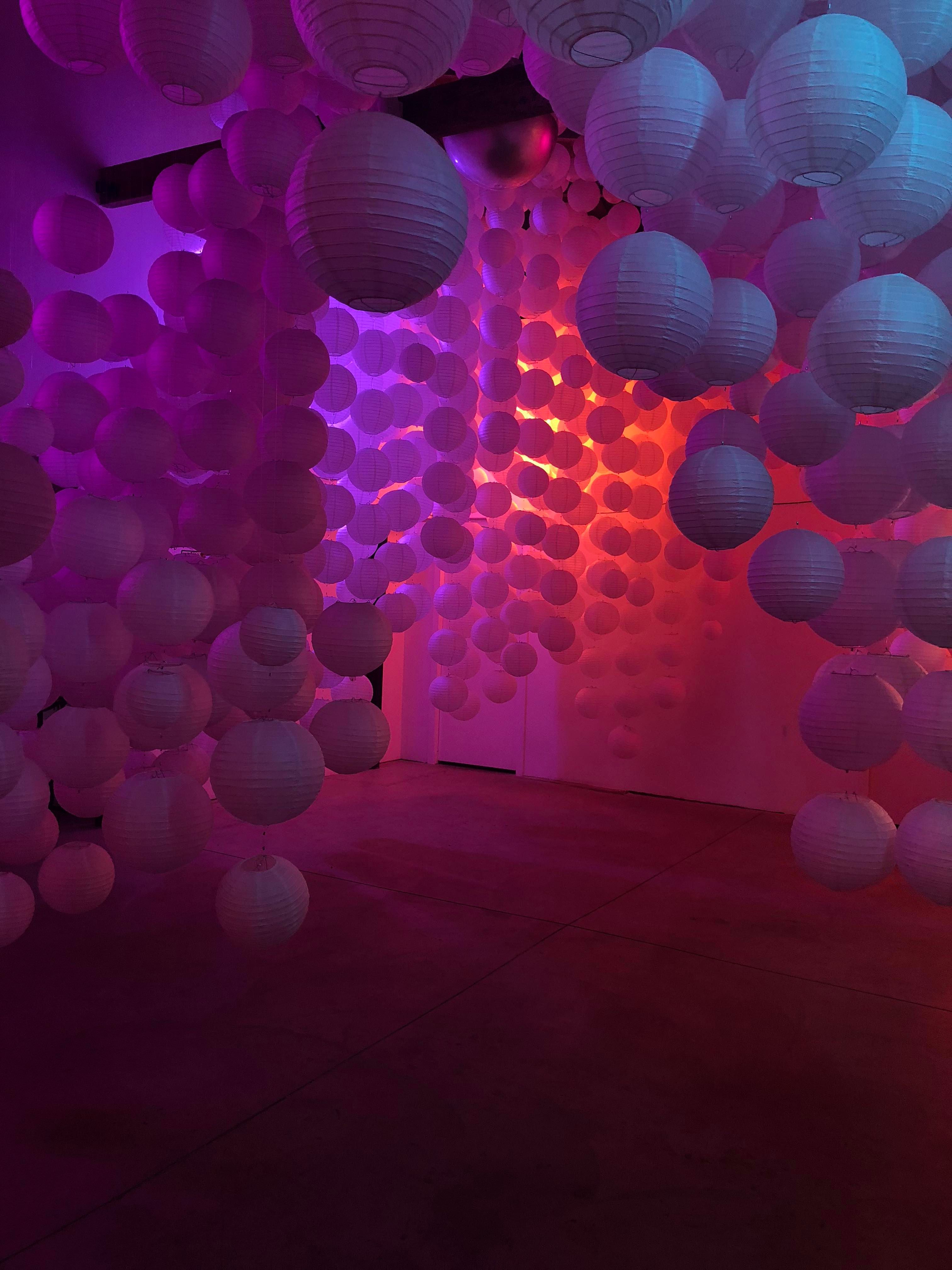 But far more important than all of that is the clear love and attention-to-detail Joe brings to everything he touches. Impressively cool and collected, both in the literal and figurative sense, in the paint-smocked jumpsuit he was wearing, Joe spent the entire evening making sure everything was perfectly primed and optimized for the artist. “A musician, before they got big, they were just playing for their friends at a barbeque. It’s like that, but now that you’re established, you have the technique, you have the audience, you get to recreate the environment. You get to curate it however you want. You want to put candles and plants on the stage? Go for it. You want the colors to change rapidly between every song or, like, flush the space out with a certain color? We can do that too.” There were no candles and plants the night I was present, but multiple artists asked for light changes, all of which were handled on the fly with poise and panache.

The event’s reverence for the artists extended far beyond the physical capabilities of the show, however. “In 3D modeling, architects or designers will tell you that there’s a key view that they work from, so every time they make major adjustments or edits to what they’re designing, they usually go back to the one or two main views and go, ‘OK, how does it fit into the whole,’ Joe explains. “My key view the whole time was from the stage, so the very best view that the design was framed for was for the artist.”

While certainly no slouch of an aesthetic experience from the audience’s perspective, the Instagram-worthy design leading to an engaging mini-lesson from Joe (“It’s easy enough to make a pretty space that’s Instagrammable, and you usually do that architecturally or aesthetically by repetition… it’s basically a static .gif of a space, and that just feeds into what draws us to Instagram”), this dedicated of a consideration for how to maximize the experience of the artist is a refreshing change of pace in an era that seems to focus more on more on commodification and entirely superficial dynamics. 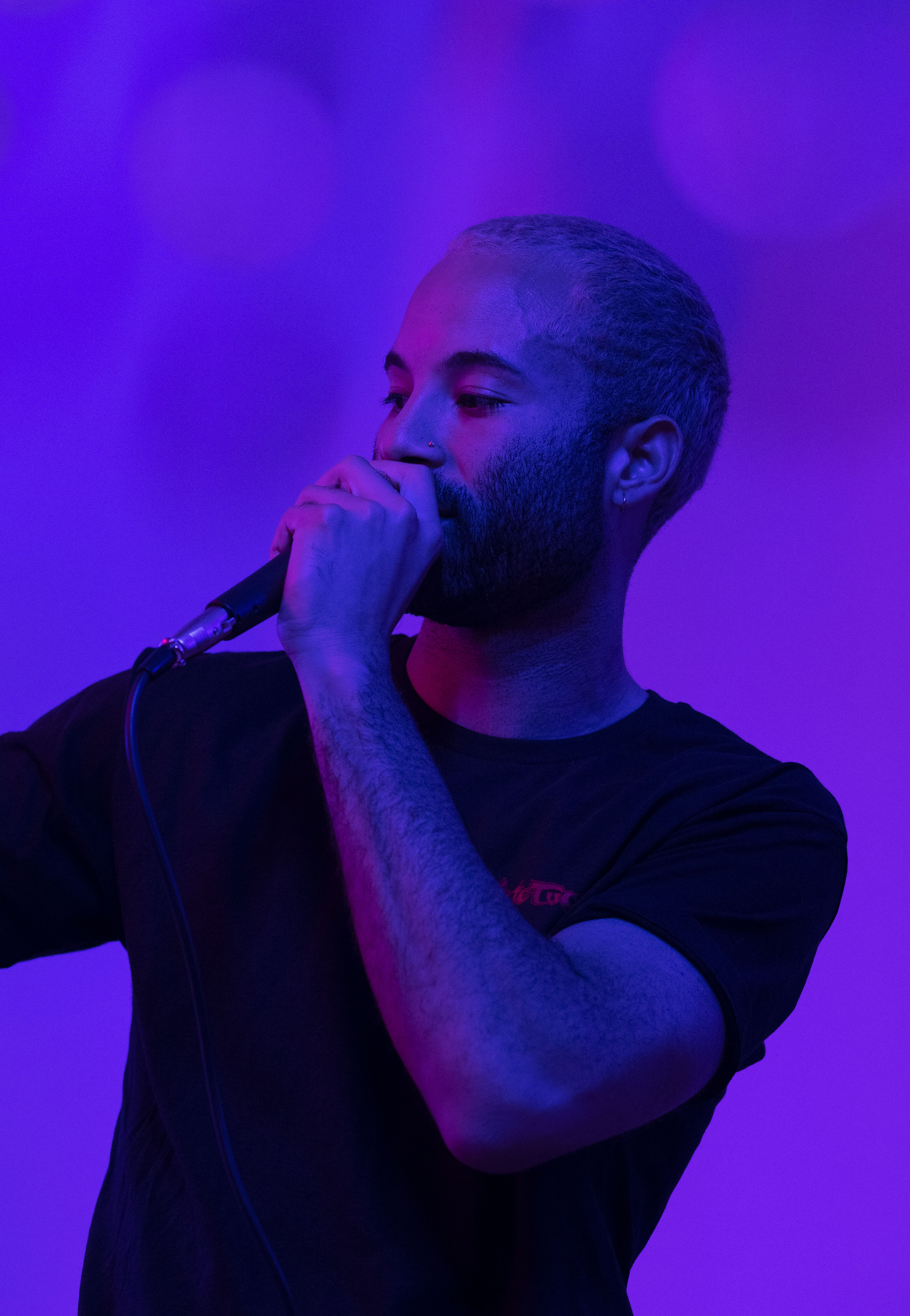 As for the artists themselves? While they admittedly had their work cut out for them in a space so approachable yet so striking that it took on a character of its own, they certainly held their own. DJs Jonah VII and Marie NYX kept the crowd grooving with a mixture of deep and progressive house when we attended a Sunday soiree, doing the impossible and making an L.A. crowd dance, and Wednesday featured a collection of conscious rappers that defied expectations. Starting off with an impressive pop rap set from moodbymatteo that tracked his own artistic journey, which involved a laptop theft that changed his sound due to what was left in the aftermath, culminating in a collection of crepuscular alt-R&B tracks that belong on any Spotify “midnight mood” playlist, things segued into an entirely surprising outing from Domino. Somewhere between 21 Pilots and the organic funk of the Red Hot Chili Peppers, rapper Domino commandeered a tight and grooving backing band through a collection of upbeat and love-centric west coast rap tunes, all sunshine and good vibes. That is, until a brief interlude featuring dueling tap dancers that was, by far, the highlight of the evening. This sort of devil-may-care improvisation and everything-but-the-kitchen-sink attitude feels uniquely possible in the sort of artist-centric space Jacobson and insightEXCITE strove to achieve, and aligns with his mission “to dive into complex systems of all disciplines.” Closing out with Tate Tucker, a figuratively and literally “wavey” act that was all beach vibe, New Age earnestness, and breezy swagger, messages of love and acceptance were accentuated and highlighted again and again. To be quite honest, I often find that whole scene a bit hokey, but it was hard not to feel the defenses lower in such a welcoming and rigidly creative-predicated environment. 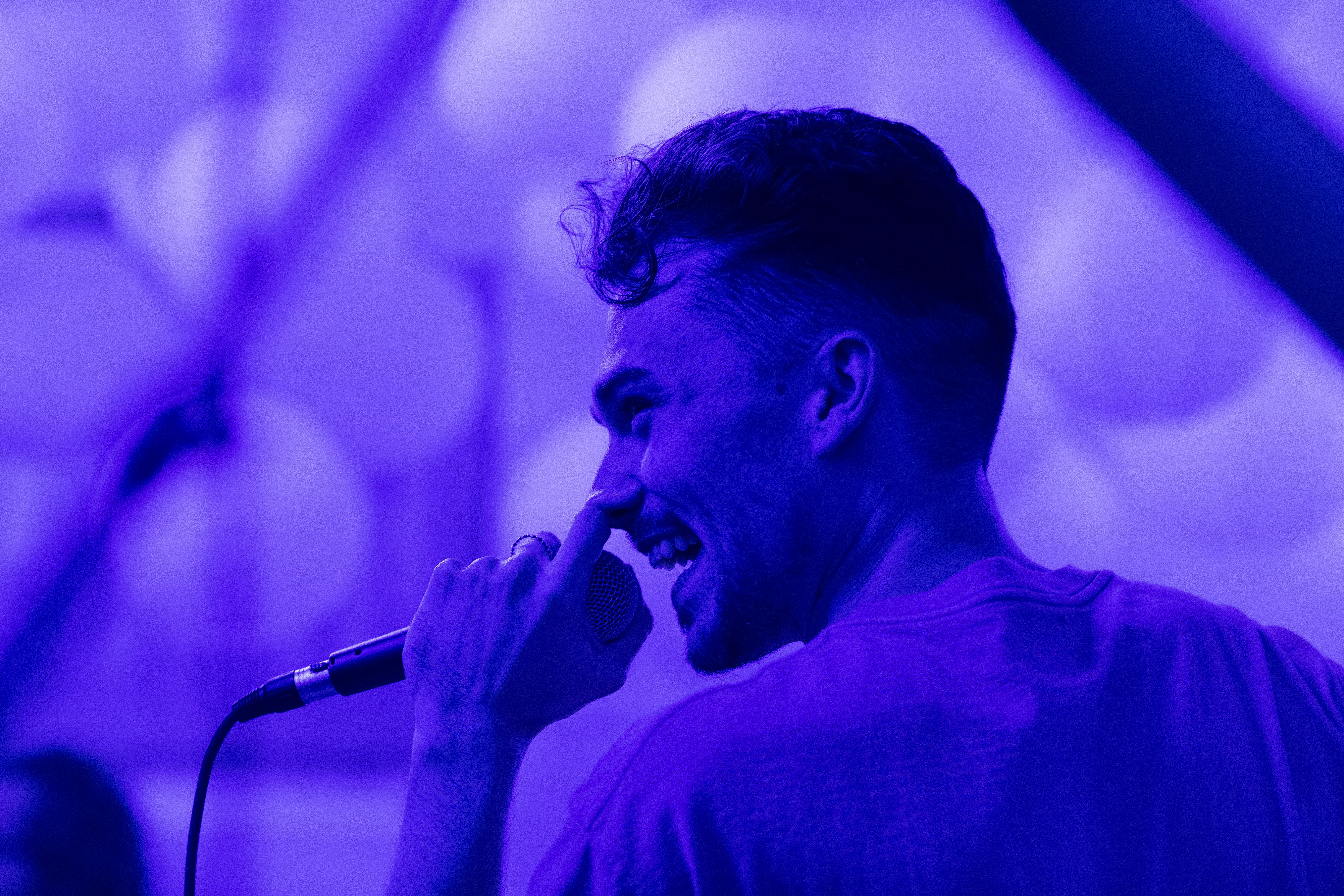 But at the end of the day, what I’ll remember most about insightEXCITE was Joe, a fundamentally nice guy and extremely welcoming host, effortlessly (well, not really, but y’know what I mean) maintaining an atmosphere that often felt more like a party at his house than a gallery. Everything about the event and his personal credo of transparency, respectable conduct, and dedication to continually challenging yourself through interdisciplinarity shone through in every second I spent at Studio 47, and while L.A.’s lucky enough to have him while he’s here, it’s bittersweet to know that Studio JŌJ will inevitably be packing up its bags to pop in somewhere else on this planet. In a city that consistently feels like you’re only as good as your social media following, this kind of holistically pleasant experience is rare to come by, and we could all use a little Studio JŌJ in our lives.