It’s our Bandcamp Picks of the Week, featuring the latest indie pop trickery from Reptaliens, and one of last years standout mixtapes from Strange Ranger. 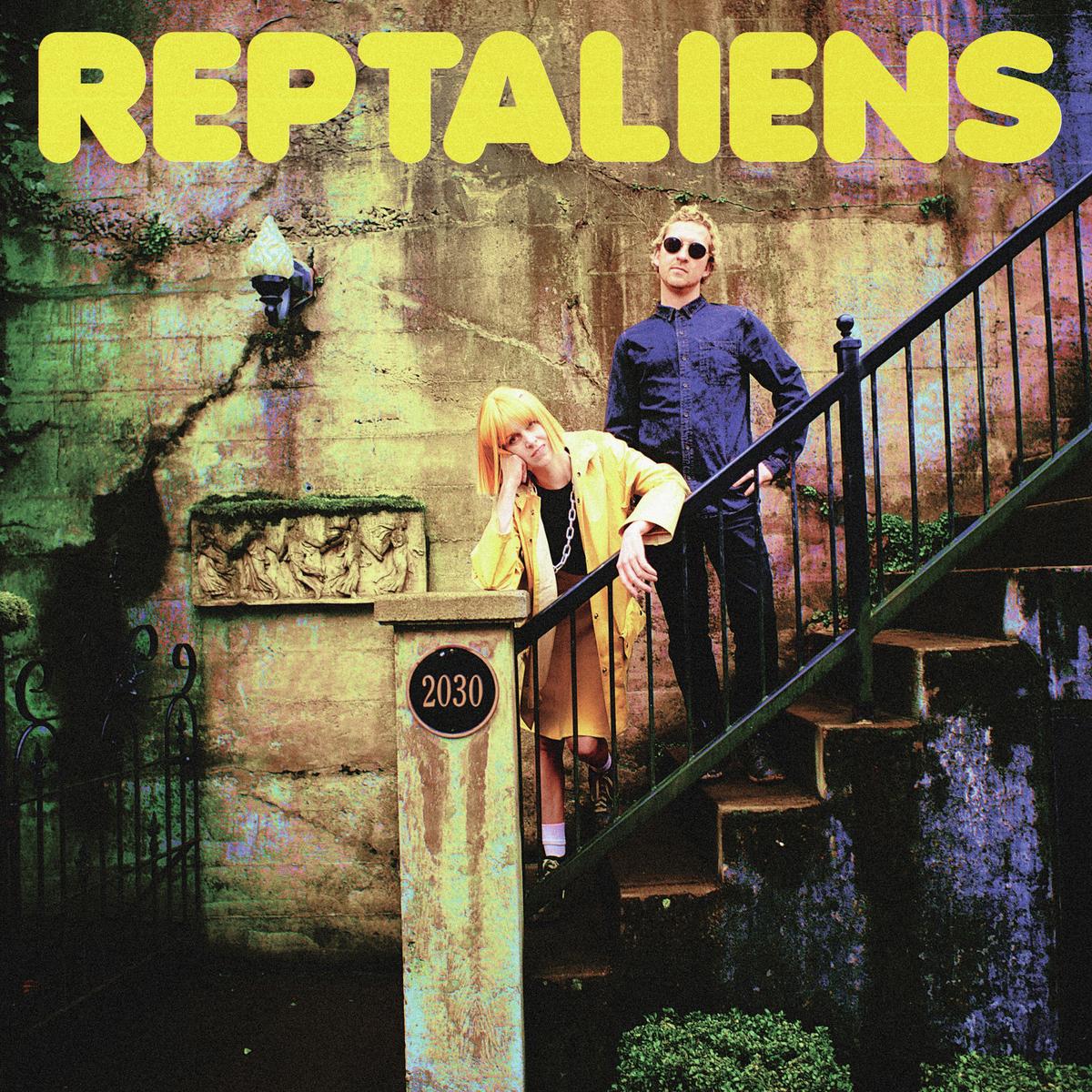 The Multiverse, a theory that there are multiple parallel universes to our own, is prominent in pop culture right now. The idea of an infinite number of worlds has been around for centuries. However, you’ll find its popularity growing as the concept well known in superhero comics is making the jump to movies. It’s Hollywood’s new buzzword for a shared continuity within storytelling, replacing the term “cinematic universe” popularized by Marvel. MULTIVERSE is also the name of the new album from Portland, Oregon’s Reptaliens, an album that sees the band take influence from the sounds of another decade. The decade in question is the ‘90s, a time when indie music was full of experimentation; away from the grunge rock on the airwaves, turning to college radio or the local record store was the best way to hear an alternative side to the “alternative.” Warbly guitars, buzzing amps, and breathy vocals reverberated through your stereo. MULTIVERSE posits a universe in which Bambi and Cole Browning were born decades earlier, signed to Matador and opening for Yo La Tengo instead of STRFKR.

MULTIVERSE begins with “I Feel Fine,” a song that’s opening riff is reminiscent of Belle and Sebastian’s upbeat early tracks. It looks at life during quarantine, as Bambi Browning sings about losing yourself in isolation. The drugs are all gone, and her brain is mush, but love seems to be what is keeping life going. It’s this line chorus that hits the hardest: “Are you feeling lucky now / as we melted to the couch.” Reptaliens have pulled back on a lot of the synths from their previous records, but it doesn’t mean they’re operating in a less spacey atmosphere. The guitars get dreamier and dreamier as the record goes on. Tracks like “Take It” sound more and more like tracks cut from Cocteau Twins’s HEAVEN OR LAS VEGAS. The buzz of the guitar and drums’ steady pace on “Don’t Wait for Me” gives off major Stereolab vibes. It’s not to say that name-dropping all of these legendary indie bands means Reptaliens are ripping off their sound. Instead, the band sounds comfortable in their skin on album number three as they let a decade of influence shine through.

Consider the Multiverse again: What might Reptaliens sound like in a universe where dogs rule the land and walk humans on leashes? (There’d probably be more barking.) Or maybe one where most everyone is a zombie? (They’d undoubtedly be more screaming from fans, but for different reasons than usual.) What record would the robot Reptaliens sound like in the universe where the machines take over? (Drum machines would probably overrun it.) We can theorize what other versions of Reptaliens there are out in the multiverse, but we can all agree that we are in the universe with the best version of MULTIVERSE. The album is out on Bandcamp now! [Jack Probst] 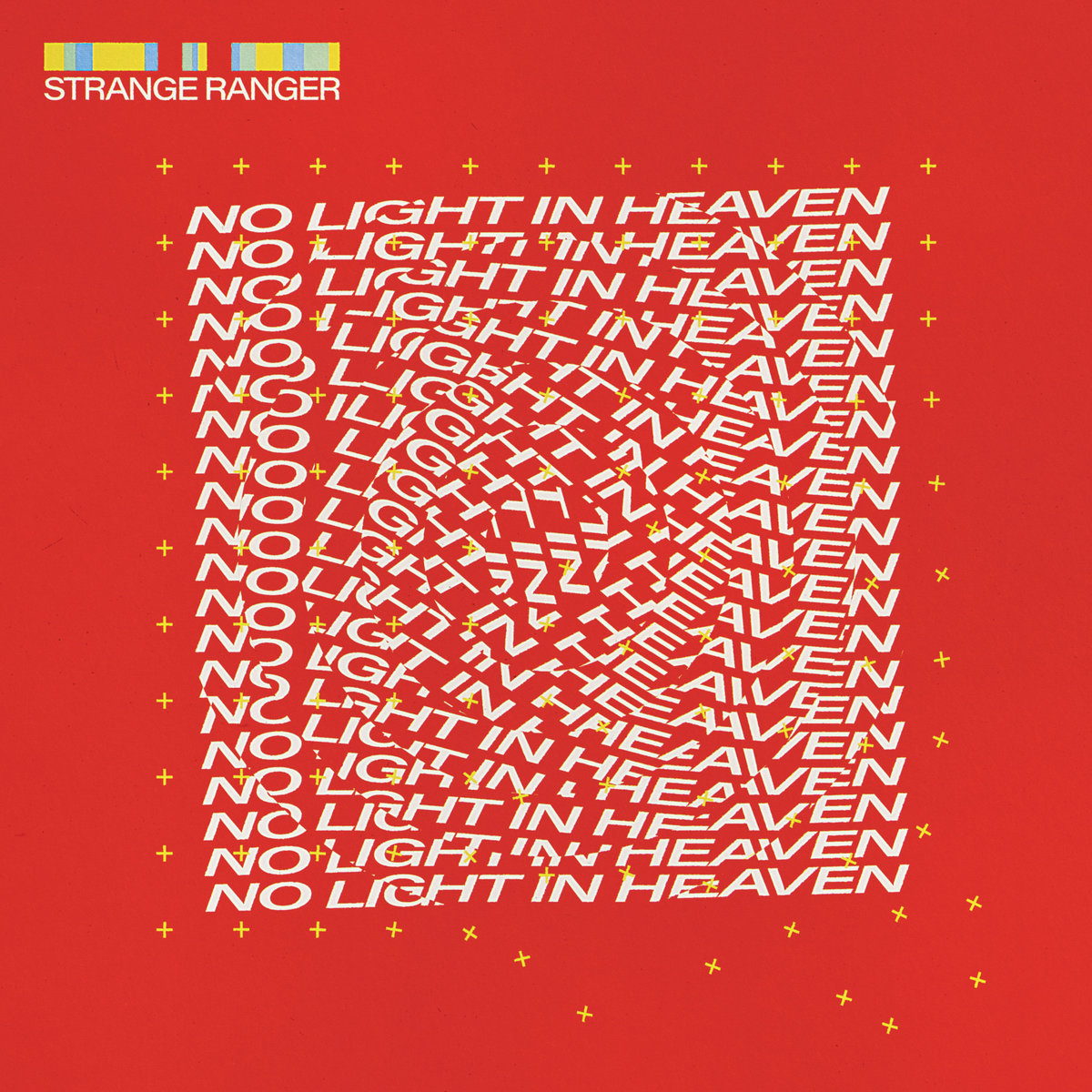 Strange Ranger – NO LIGHT IN HEAVEN

Restless seems to be the word of the decade. Forward movement, real or perceived, is salvation for a world that’s seen its physical and social mobility steadily shrink for so many. For Strange Ranger, a group that’s stayed true to their emo and lo-fi roots over their previous two LPs, NO LIGHT IN HEAVEN is a similar exercise in variety and revolution. The self-released mixtape manages to throw unsteadying curveballs from start to finish without diluting its potency or the band’s underlying identity. Strange Ranger decided that they wanted to create the sonic equivalent of what doing dissociatives inside of a sensory deprivation tank must feel like, and frankly, I tip my cap.

The tracklist zig-zags as much as the band’s homebase has in recent years (Bozeman to Portland, then Portland to Philly). It’s not far-fetched to imagine returning fans rebooting their streaming service of choice upon their initial listen of the opening track “In Hell,” believing its atonal screams and drum machine-led electronics to be falsely attributed to the sleepy indie rock revivalists they’ve tuned in for. The aggression tapers and blooms into frolicking, tongue-in-cheek love with “Pass Me By,” a bubbly anthem topped with breezy guitars, a melodica for flavor, and the obligatory cheeky voicemail bridge. NO LIGHT IN HEAVEN exists in a vacuum; its anarchism is the appeal. In true mixtape fashion, many tracks are one-off experiments with samples stitched into the largely instrumental grooves, never climbing far above the one-minute mark. The most engaging of these interludes, “Tales Of Romance (Live from the Raymond and Virginia McLeod Performing Arts Center),” sounds like a well-produced cut from Sublime’s ROBBIN’ THE HOOD, a project that’s in line with NO LIGHT IN HEAVEN’s similarly loose ethos. These detours are sometimes inconsequential, but justified by their sheer range. They make for fine pit stops as we hurtle through genre subspace.

Strange Ranger’s creative bandwidth is truly absurd on this record. Art pop, twee, dub, and power pop are just some of the influences immediately recognizable throughout NO LIGHT IN HEAVEN’s brief 25-minute runtime. The group is bravely answering the unasked question: “what if Strange Ranger recorded something galaxies away from their expertise, but you know, actually made it good?” None of this should work on paper, and that’s probably a good chunk of the reason why it actually does. Maybe we do need more non-sequitur records within celebrated slacker rock discographies. Give it a spin on Bandcamp. [Chris Burleson]