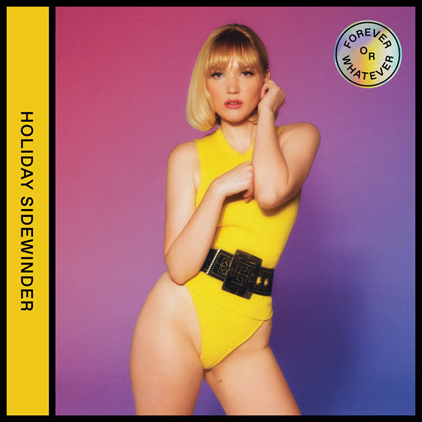 Holiday Sidewinder – FOREVER OR WHATEVER

For several years now, I have championed anyone who engages with what I lovingly colloquially refer to as the “Australian weirdo pop” scene. Led by figures like Alex Cameron, Kirin J. Callinan, and Jack Ladder, we have seen in recent years a boom of Down Under artists with various conceptual and experimental approaches to pop music, pushing boundaries both lyrically and musically without sacrificing the primary driving force of the genre: damn catchy melodies. Finally, in 2019, we have received a sorely needed female perspective in a so far male-dominated scene with pop provocateur Holiday Sidewinder’s debut album FOREVER OR WHATEVER. One of the founding members of the now defunct band Bridezilla, Sidewinder has also opened for and played in the band of Alex Cameron on multiple tours, making her no stranger to me or to other Aussie pop fans. Over half of her debut album has been released already as a long series of Bandcamp singles over the course of several years, so the material on this latest album isn’t entirely new. However, hearing all of these songs come together, paired with some as-of-yet unreleased tracks as well, nonetheless makes for a revelatory experience—well-written and immaculately produced, FOREVER OR WHATEVER is a half-hour long sugar rush, delivering a nonstop run of undeniable synthpop bangers with an irresistible glitz and glamour. Not only does Sidewinder never fail to deliver the hooks, she also dominates the record with her magnetic personality and unapologetic lyrics, staunchly sex-positive and always defiantly individual. It’s one of the best pop records you’ll hear all year, showcasing strong songwriting in every facet, a great ear for musical detail, and all the personality in the world. To put it simply, this record is a ton of fun, a triumphant and empowering debut from a rising star ready to take on the world. Check out FOREVER OR WHATEVER on Bandcamp. [Jacob Martin] 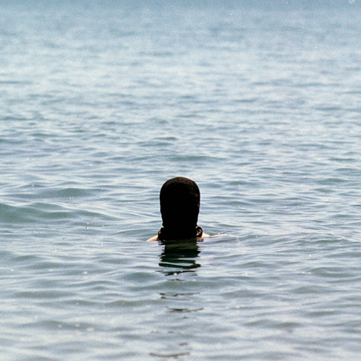 Favorite Tracks: “Supermodel,” “Torch,” “Life When You’re Not Around,” “Orbiter”

The brand of melodic ‘90s navel-gazing that Jupiter Styles is effortlessly weaving on ULTRA ST. OPERA is, without a doubt, some of my favorite of this ilk since Yuck’s debut back in 2011. It’s simpler, sure, less fuzz, more bedroom-driven, but these songs are just as instantly pleasing. And sure, perhaps comparing this to Yuck’s self-titled debut is the exact type of niche parallel that is going to make it an instant overlooked gem (oh, how indie rock time flies) but trust me, I don’t toss that comparison lightly. Chicago musician Sean Neumann, most prominently known for being a member of the excellent post-country act Ratboys, wails with a uniquely frail intensity about the loss of close friends and innocence, musically capturing an acute, vulnerable sensitivity that flares on naked songs like “Supermodel” or the hopelessly optimistic “Torch.” The FOOLISH-era Superchunk type melodies and instincts on slow builds like “Life Goes On When You’re Not Around” and the humdrum, cloudy day anthem “Haunted” are certainly hallmarks across the record, but the twitchier and more blatant emo-leaning cuts like “Springfield Ave.” and the acoustic pop of “Now I’m Here” find Neumann relying on his wiry vocals to draw out every beat of fervor and it’s tremendously effective. Backed by some tremendous midwest DIY acts like Pet Symmetry, Nectar, The Reptilian, and (of course) Ratboys, even when he musically flexes hardcore muscles on “Leak” or skuzzy, looped production on “Could Not Exist,” ULTRA ST. OPERA intentionally feels like it’s going off the rails, an unravelling depressive bend that’s exposed and engrossing. There’s bits and pieces of Brand New, LVL UP, and Built To Spill, which if that alone sounds appealing, makes this a must listen. Let it be a late addition to your Album of the Year ballot and check it out on Bandcamp. [CJ Simonson]