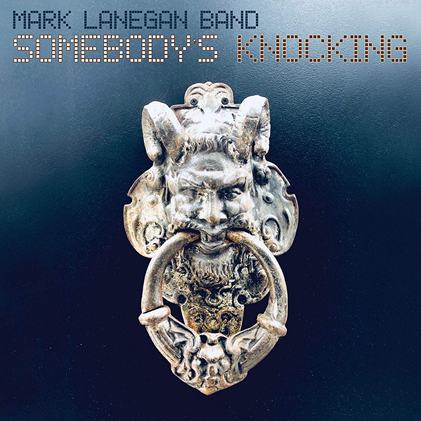 Mark Lanegan was releasing music concurrently with the acts that he is trying to replicate on SOMEBODY’S KNOCKING, his 11th album and another strange affair from this experimental blues rocker who has Nick Cave’s anguished baritone and gothic atmosphere but none of his lyrical focus. Whereas GARGOYLE was a driving industrial rock record out of the ‘90s, SOMEBODY’S KNOCKING combines Southern rock swagger with the Arabian, exotic flair and texture of the more colorful post-punkers. Lanegan’s original band, the Screaming Trees, inhabited this vague category of neo-psychedelia in the early part of their career, but they were more synonymous with proto-grunge like Mudhoney than acts like Echo and the Bunnyman or The Cure circa KISS ME, KISS ME, KISS ME that Lanegan pulls from here. He knows his way around a brooding, jangly groove or haunting guitar or synth flourish, and the vocals are as intoxicating and rich as ever. There’s some pulsating New Order pastiche on “She Loved You” and “Penthouse High” that’s executed well enough, and “Dark Disco Jag” captures a twisted, jagged tone that would make Joy Division proud. Sadly, while the texture of the album is on point, the nearly hour-long runtime wears down on you, with too many tedious, slow ballads where the programmed percussion sticks out in the worst way and the songs never rise above the sum of their parts. The same could also be said for the lyrics, which glance at political themes with even less impact than that last Chelsea Wolfe record and throw out Greek mythology and fantastical imagery with little cohesive tissue or the personal detail and struggle that anchored the best Screaming Trees material. There’s nothing wrong with being derivative when the appeal of those influences is replicated fairly well, but an album is more than some likeable guitar jangles. You’ve got to actually say something or form those jangles into sturdy songs, which SOMEBODY’S KNOCKING never does. [Blake Michelle] 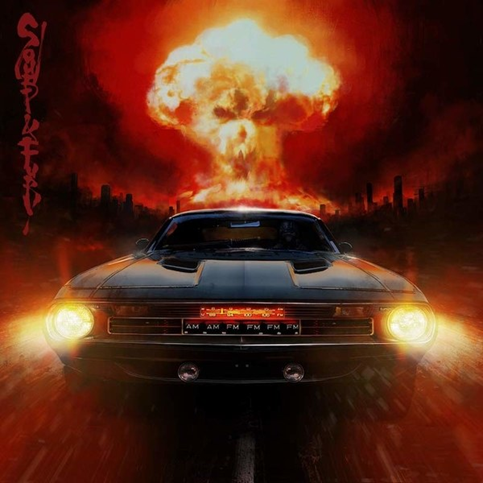 Look, the easy sell on this record from the jump has been that Strugill Simpson made his blinding, post-modern version of ZZ Top’s ELIMINATOR, down to the fiery automotive artwork. It’s a nifty and smart left turn for Simpson, whose previous two albums represented brilliant creative highs that felt impossible to follow up, METAMODERN SOUNDS IN COUNTRY MUSIC a hyper-focused and insanely detailed piece of idealized country text that put him on the critical radar, and A SAILOR’S GUIDE TO EARTH, the earned, blown-out fusion of every sound that’s informed the genre without really fitting inside the country box. And so what do you do when you have no more worlds left to conquer? You say fuck it, hire a bunch of Japanese animation studios to make slick animations for your songs, release it through Netflix, and begin wading through the waters of New Wave-infused boogie and blues and otherworldly heartland synthrock. Watching the accompanying Netflix short film, while perhaps unnecessary contextually, nails the kind of dizzying tone that this record sets, with animation that’s simply tonal; both “Ronin” and “Remember To Breathe” set this slow, plodding thump, a groovy strut for the kind of sharp-dressed man that exists far outside this world. Once you hit the stride of single “Sing Along” things hit a level of surreal Southern dancefloor funk that certainly isn’t being peddled in mainstream arenas, let alone by artists as big as Sturgill Simpson. The whole thing is an impressive flex, a hilarious rejection of the “savior of modern country” tag he’d been subtly dodging for most of this decade while also a brilliant reaffirmation of exactly why people saw him as savior in the first place; SOUND & FURY is arguably one of the finest Southern rock records of the decade, if we’re even allowed to put it in a box like that, its build hitting fevery highs on tracks like the bugged-out disco dojo “A Good Look,” and driving rocker “Last Man Standing” is a raucous bar fight in the best way. Most of the cuts on this album sound like they could fit in the world of MAD MAX: FURY ROAD—that the Coma-Doof Warrior naturally looks and sounds like he could be playing guitar on this whole record is wholly symbolic of how badass this whole project is. If you like Sturgill Simpson, it’s gonna be a must- listen, but even if you’re not a country fan, this is his most quote-unquote “out there” release yet, and his most creatively ambitious project to date. [CJ Simonson] 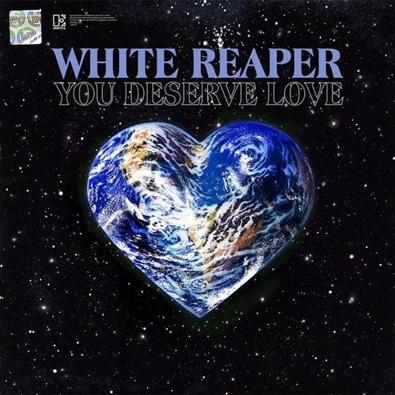 The trajectory of White Reaper is entirely unsurprising. Lo-fi garage rock on their self-titled debut evolved into crunchy, catchy blues rock on THE WORLD’S BEST AMERICAN BAND. Now they’ve further shed their garage rock roots in favor of a cross between the glam rock of Kiss and the New Wave-adjacent power pop of Cheap Trick. I should clarify that these are not unwelcome developments, as they pack their riffs with real exuberance and color and the solos are succinct yet fantastic, especially on cuts like “You Deserve Love” and “Real Long Time” that would make Thin Lizzy proud. Sadly, although keyboards are not a new element on YOU DESERVE LOVE, White Reaper chose a lot of poor tones and disjointed tempos this time around. The album opens poorly, with the incessant, nasal beeping on “Hawkwind” ruining some solid grooves, while “Saturday” dumps the guitars in the background in favor of stilted drippiness and “1F” carries a carnival squawk that is too staccato to carry the verses. It’s made even more galling when other songs use the instrument effectively, like the swirling arpeggios on “Might Be Right” that capture the same wonder of “Africa.” I continually find myself wanting more with White Reaper, a good pop rock band that is so close to being a great one if someone would just tell them that the synths can be given melody and drive to match their lead guitar work. That doesn’t make YOU DESERVE LOVE a bad album by any means, but it tantalizes you with greatness before sinking back to serviceable decency. [Blake Michelle]