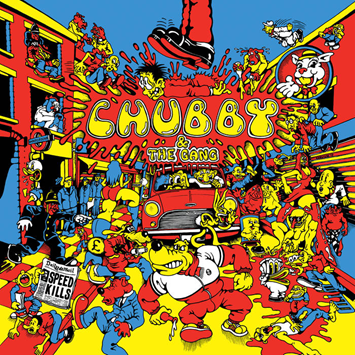 Chubby and The Gang – SPEED KILLS

Favorite Tracks: “Chubby and The Gang Rule OK?,” “Can’t Tell Me Nothing,” “The Rise and Fall Of The Gang,” “Blue Ain’t My Colour”

The name of the opening track says it all: “Chubby and The Gang Rule OK?” “London’s loudest,” as they claim in their bio, make speedy, explosive punk rock in the vein of the Bouncing Souls or The Vandals, neither of which happen to be particularly cool reference points in 2020 and which might explain the “OK?” tagged to the end of the title, filled with a smidge of defensiveness. But I’m here to tell you that Chubby and The Gang do, indeed, rule. The group’s debut, SPEED KILLS, is a joyous yet chaotic circle pit of youthful skate punk filtered through decades of scene shifts and genre turns that ultimately settles on the fastest, most exciting version of itself. I’m not saying “Can’t Tell Me Nothing” should appear on whatever version of the TONY HAWK games still exist, but boy howdy does it sound like it was made by kids who have an equal amount of reverence for those soundtracks as I do. Even when they wipe the inevitable sweat from their brows to make something with a bit more swing and a bit less thrash, like “Trouble (You Were Always On My Mind),” it still ends in a slack-jawed, knuckle-dragging sing-along, as if Pennywise’s “Bro Hymn” was an early Black Lips song or something, and it rules. I’m not sure about the initiation process, but I imagine it involves cheap beer, so consider this my request to be indoctrinated into Chubby and The Gang. Listen to SPEED KILLS on Bandcamp. 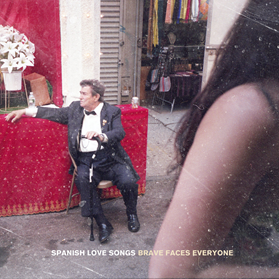 I’ve had a bizarre holdup when it comes to mainlining new music this year, but it still says a lot that I’ve listened to Los Angeles emo act Spanish Love Songs’ BRAVE FACES EVERYONE more times than I’ve tried out something new (15, as of the time of this writing). With the emo and pop punk genres in particular, where personal emotional investment can make the most obscure release feel like a quintessentially anthemic vanguard, sometimes things click into place and you just know. With BRAVE FACES EVERYONE, I just know. Musically, it’s a captivating blend of streamlined blink-182 melodicism (the opening of “Self-Destruction (As A Sensible Career Choice)” sounds like it calmly strolled right off the cutting-room floor of ENEMA OF THE STATE), the meaty, raw power of Mineral guitar squalls, Jimmy Eat World vulnerability, and the scrappy dynamism of the Wonder Years, all topped off with vocalist Noah Slocum’s folk punk-friendly warble. But where Spanish Love Songs rapidly pedal ahead of the pack are with the themes that BRAVE FACES EVERYONE tackles, with a welcome and no-holds-barred deep-dive into the socioeconomic and sociopolitical anxieties arresting most of our attention these days. Sure, the opening salvo of “On any given day, I’m a 6 of 10” on “Routine Pain” is an emo lead-in for the ages, but it’s the explosive chorus of “Don’t you know you were born to die poor man / Don’t you know that you’re gonna do yourself in? / And you’ll always wake up tired / Because there’s nowhere we go from here” on “Losers, Pt. 2,” the relatable melancholy of “You said ‘Anxiety is the theme of all our lives these days’ / Can’t even have my coffee without exploiting someone / Or making another millionaire, a billionaire” on “Optimism (As A Radical Life Choice),” and the wry sardonicism of “Living paycheck to paycheck / Like my parents, and their parents / And their parents before them / I should be happy I have no personal effects / But I’ve got my encore / I’m back living on their floor” on “Brave Faces, Everyone” that stick with you long after the record wraps. Spanish Love Songs aren’t here to tell you things are OK, because they likely aren’t. But there’s a comforting hangman’s camaraderie to be found in “If every city is the same / Doom and gloom under a different name / Maybe we should find our home in one” that perfectly captures the aging millenial’s condition. It’s a record I’ll return to for the rest of the year. [Thomas Seraydarian] 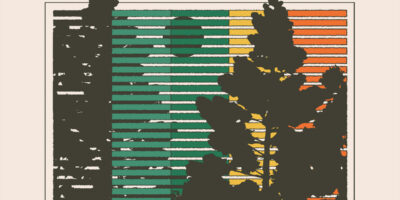