It remains a rush. The opening snare fill is, to this day, one of the most iconic musical openings of all time—something I believe and say with no trace of hyperbole or irony. In less than one full second, that flurry of hollow taps give way to that pick-me-up guitar part and John Feldmann’s smoky, Orange County howl and it’s an absolute rush. And then the horns. Oh the horns! “And I’m so confused / about what to do / sometimes I want to throw it all away,” Feldmann screams, his existential fears soundtracked by one of the ‘90s ska revival’s tightest ensembles.

To a child, Goldfinger’s “Superman” was this confounding piece of magic. At seven years old, I didn’t know what ska was, or what punk sounded like, and I certainly didn’t have any kind of context around it beyond that it was fun, and that, more importantly, its sound represented one thing: TONY HAWK’S PRO SKATER.

I didn’t have a Nintendo 64 growing up. It wasn’t for lack of trying, certainly—my brother and I’s longtime video game battle in our household had small victories in my youth (mainly surrounding the Game Boy Color), but the war wouldn’t end until long after the Nintendo 64’s heyday, when my mother finally ceded for the launch of the Gamecube. But my best friend in those formative years did have one. And one of the many games we wore out in the back room of his house was the original TONY HAWK’S PRO SKATER, which this week turns 20 years old.

You probably won’t know the number off the top of your head, but anyone that played Neversoft’s franchise-launching masterpiece can tell you that the soundtrack was… short. Around 25 minutes, 10 tracks to be precise. For a point of comparison, the soundtrack for MADDEN 2019 has 31 songs on it. That’s well over an hour of music but, given the nature of the way the soundtrack is used in the game, you may never even notice a song repeating. That fact isn’t lost on Scott Peace, Neversoft’s former Studio Development Director and Producer. “We knew it was important, but on the original PlayStation I believe that disk space was a real concern—there were only so many tracks we could fit,” Peace says over email. “That got better as we moved to PS2 and beyond, where budget was more of the limiting factor.”

Ralph D’Amato, a former producer at Neversoft and producer of the upcoming documentary PRETENDING I’M A SUPERMAN: THE TONY HAWK VIDEO GAME STORY, which focuses on the skaters and developers behind the defining franchise, echoes similar sentiments. “The real limitation we had on the number of tracks was the media we were using. For the first two games we were working on a CD that had to fit the entire game, the soundtrack, and the video we had. We used all the space we could.”

And yet part of the charm of the original TONY HAWK’S PRO SKATER in particular was inexplicably linked to how short that soundtrack is, limitation or not. Those songs quickly became indistinguishable from the other core components of the game, intertwined with every kickflip and ollie and 900, and the backbone of each run you started. Every time you began your time trial in the warehouse or at the top of the mall, you were greeted by one of 10 songs, perhaps the underground rap rock explosion of The Ernies’ “Here and Now,” or maybe the grinding surf hardcore of Unsane’s “Committed.” “We knew that adding music tracks would add a lot to the game,” says D’Amato. “When you played it with no music, it just felt like something was missing. I don’t think anyone thought that the soundtracks would be such a big influence to people at the beginning, but as the series progressed it was pretty obvious (that) the music was causing a substantial impact.”

The cause and effect of those soundtracks reverberate today. You don’t have to go far down a reddit rabbit hole to find confessions about how meaningful the music in these games was to people, but for the target demographic of kids who were playing TONY HAWK’S PRO SKATER at the time of release, those songs represent some of the first, and perhaps only, real genuine exposure to the worlds of ska, punk, hardcore, and hip hop, as well as to artists who were rapidly becoming left of the dial by 1999 — for many millennials, “Jerry Was A Racecar Driver” is the only Primus song they know. “I’ve been told many times by fans that the music in the game either helped or fully shaped their music taste,” says D’Amato. “It’s kind of a cool feeling knowing that your work had such an impact. It’s definitely a legacy we have left behind.”

“I mean it really was just a mixture,” Peace says. “We wanted variety that covered the entire spectrum of skating. And that fit the team too—we had ska and punk fans, and hip hop fans, and then Neversoft’s President, Joel Jewett, was about as hardcore classic rock/metal as you can get. Joel pushed for Motorhead and many others.”

But the legacy of the franchise can be heard perhaps most vividly through Goldfinger’s “Superman,” a song that’s success feels interwoven with that of the franchise, while also capturing the energy of the game itself. Not only is it the first sound you hear in the original TONY HAWK’S PRO SKATER, but it would come to represent the lasting musical identity of the game for an entire generation. “For me, it’s the signature THPS song,” says D’Amato, whose documentary is named after one of the track’s signature lines. ““It represents what kids were doing in the game. They were pretending they were superman by doing all these crazy tricks with the pros we had…”

The impact is not lost on the musicians. “There are a number of bands who have mentioned the THPS franchise as helping them,” says Peace. “Goldfinger, in particular, seems to have been really associated with the franchise.” Frontman John Feldmann, along with Jay Bentley of Bad Religion and Larry LaLonde from Primus, are set to discuss the game’s lasting impact in the documentary. “I’m not sure if the bands have reached out to Tony directly, but I can tell you I’ve been at a few concerts, Goldfinger and Bad Religion specifically, where the band will play a track that was in the game and they will mention it to the crowd before starting the song,” remembers D’Amato, perhaps the best indicator that a 20-year-old franchise made lasting lifelong fans.

As the franchise grew, so did expectations and budgets. And while classics like “TNT” by AC/DC or “Blitzkrieg Bop” by the Ramones became front and center, they still held court next to relatively unknown treasures by artists like U.S. Bombs, Consumed, and the Suicide Machines, each one-hit-wonders by way of a video game franchise that would go on to be arguably the biggest mainstream exposure they’d ever have.

The legacy of the game and the soundtrack only grows as the years go on. Activision, who shuttered Neversoft after inexplicably merging it with Infinity Ward in 2014, made feeble attempts at keeping the franchise alive. Failing to capture the original game’s magic through both an HD remake of the original, which contained a combination of the first and second game’s soundtracks alongside newer additions like “Flyentology (Cassettes Won’t Listen Remix)” by El-P, as well as a fifth entry in the Pro Skater franchise, which featured a more indie rock-leaning focus with the likes of Cloud Nothings and Bully, fans have had to rely on themselves for more Tony Hawk gaming content, specifically in the form of THUG Pro (Tony Hawk’s Underground: Pro). The multiplayer mod, which utilizes the engine of TONY HAWK’S UNDERGROUND 2, has been fans’ go-to Tony Hawk gaming supply since it launched in 2013, and ever since it began supporting custom soundtracks, modders were quick to supply the original lineup of soundtracks to accompany the game.

“I think the impact is still lingering,” says D’Amato. “I know just from the efforts I’ve been putting in producing the documentary, there are still TONS of people that have interest in the series. There’s a lot of nostalgia surrounding it. I’ve personally been contacted by numerous people telling me how much the game impacted them. I think in some cases it gave people their first taste of the skateboard culture that included not just the pros and the tricks but also the music and art.”

“The character of those soundtracks were defined by the diversity and passion of the Neversoft team,” reiterates Peace. “They weren’t thrown on there by some marketing team, or execs back at Activision… They were hand-curated tracks that worked well in the game and all felt related to or true to skate culture.”

While the wait for D’Amato and director Ludvig Gür’s documentary to arrive to give fans another authentic boost of nostalgia should be relatively short, with a 2019 release date on the horizon, the wait for another worthy addition to the series has no end in sight. So put on “Police Truck” and be instantly transported to the Downhill Jam and remember a time when you were superman.

Learn more about PRETENDING I’M SUPERMAN: THE TONY HAWK VIDEO GAME STORY here, and look for it later in 2019.

i,i Is the Culmination of Everything Bon Iver Have Been Working Towards 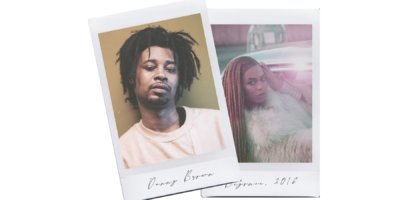 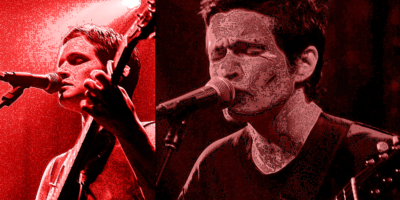 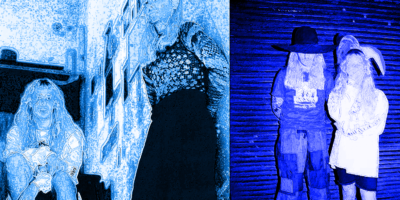 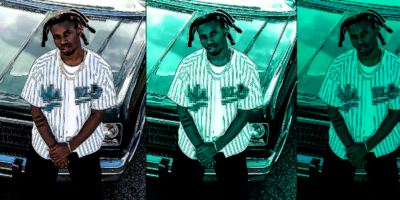 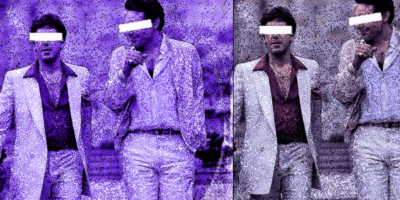