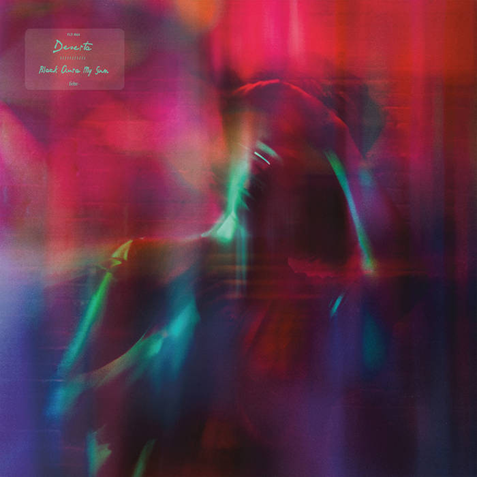 Deserta make music that is almost unnervingly thick, the dense fog of whispers and vibrating guitars a lot to process upon first listen. The shoegaze scene right now is about as exciting as it’s ever been (Launder, Pendant, Nanami Ozone), and Deserta’s music, while certainly capturing the Id of My Bloody Valentine’s LOVELESS like all good bands in the genre do at this point to some degree, really live in the songs in a way that is more satisfying than their peers. The slow-motion quake of “Save Me” and the subsequent rising and falling tide of “Paradiso” feel suspended in time, their six-minute runtimes justified in how fully explored the melodies become. Some of the album’s best songs drop the hazier, droning facade in favor of more pop-leaning hooks, and that tracks like “Monica” or “Be So Blue” skew more towards a Brooklyn dream pop vibe (think Wild Nothing) than the monolithic noise jam of “Hide” or even the soaring, vibrating guitar smog of “I’ll Be Gone” leave a lot of room for Deserta to grow. BLACK AURA MY SUN takes an early lead as one of 2020’s best shoegaze releases. You can hear it now on Bandcamp. [CJ Simonson] 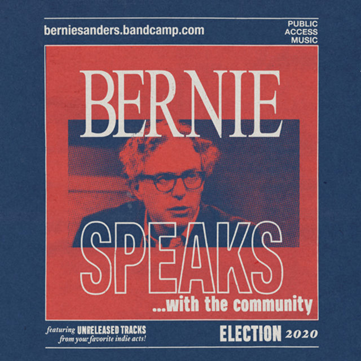 Favorite Tracks: “Moon Beam” by LEXI, “Open Up to You” by Justus Proffit and Jay Som, “And Now” by MZM

There are many quirks to Bernie Sanders that endear him to people, but one of the things that I like about him is that he had a long-running tradition of doing a public access TV show and taking phone calls from his constituents when he was the mayor of Burlington, Vermont. It’s a direct, listening-to-the-voice-of-the-people approach to politics that is surprisingly uncommon in the American sphere. Equally, I love Bandcamp precisely because it so often feels like the public access equivalent of engaging with music; very little middle men, directly accessible content between you and the artists you love. In particular, I love when charity compilations get released through Bandcamp, it feels like a way to maximize doing a lot of good in the simplest way possible. Fittingly, the recently released BERNIE SPEAKS WITH THE COMMUNITY charity compilation for the Bernie Sanders campaign is a neat and tidy unification of many other things I love: indie rock, socialist politics, and the sense that a little good is going a long way.

It is always funny how people within the political establishment can’t wrap their heads around what makes Sanders, an elderly Jewish man, so appealing to the counterculture youth demographic, but his directness and lack of political veneer is refreshing to young people who feel entirely cynical about the political establishment we’ve been offered our entire lives. That’s reflected in this compilation, a cool sense of earnestness bleeding through from track to track across all the artists present here. What’s interesting is that most of the songs are not overt political anthems; there is no punk rock righteousness here, just heartfelt songs. In the comments for the compilation, user _cowi writes: “I’m a single-issue voter in that I’ll only vote for a presidential candidate that can promise me unreleased Lexie tracks.” Which is honestly kind of perfect; if you’re a largely apolitical indie rock fan, this compilation is the perfect way to fold you into the Sanders campaign.

I am writing this just after the first Iowa caucus of the Democratic Presidential primary election for 2020. The results of that caucus are more than a little baffling, but it seems as if Sanders actually managed to clinch some kind of victory, which in turn puts him in an excellent position to ultimately win the nomination. Five years ago, it seemed impossible to be in this particular moment, it seemed as though Americans as a whole would never embrace the approach to politics that Sanders offers. I had resigned myself to being a fringe political spazz who ranted about issues most of my friends could care less about, while watching everything around us get steadily worse. Yet here we are, with Sanders’ approach seeming to possibly be the winning ticket after all. This compilation of hip artists lending their cultural credibility to Sanders feels like one more solidified step to a new era of politics in the United States. You love to see it, folks. Proceeds go to the Sanders campaign. You can check out that release here. [Carter Moon]