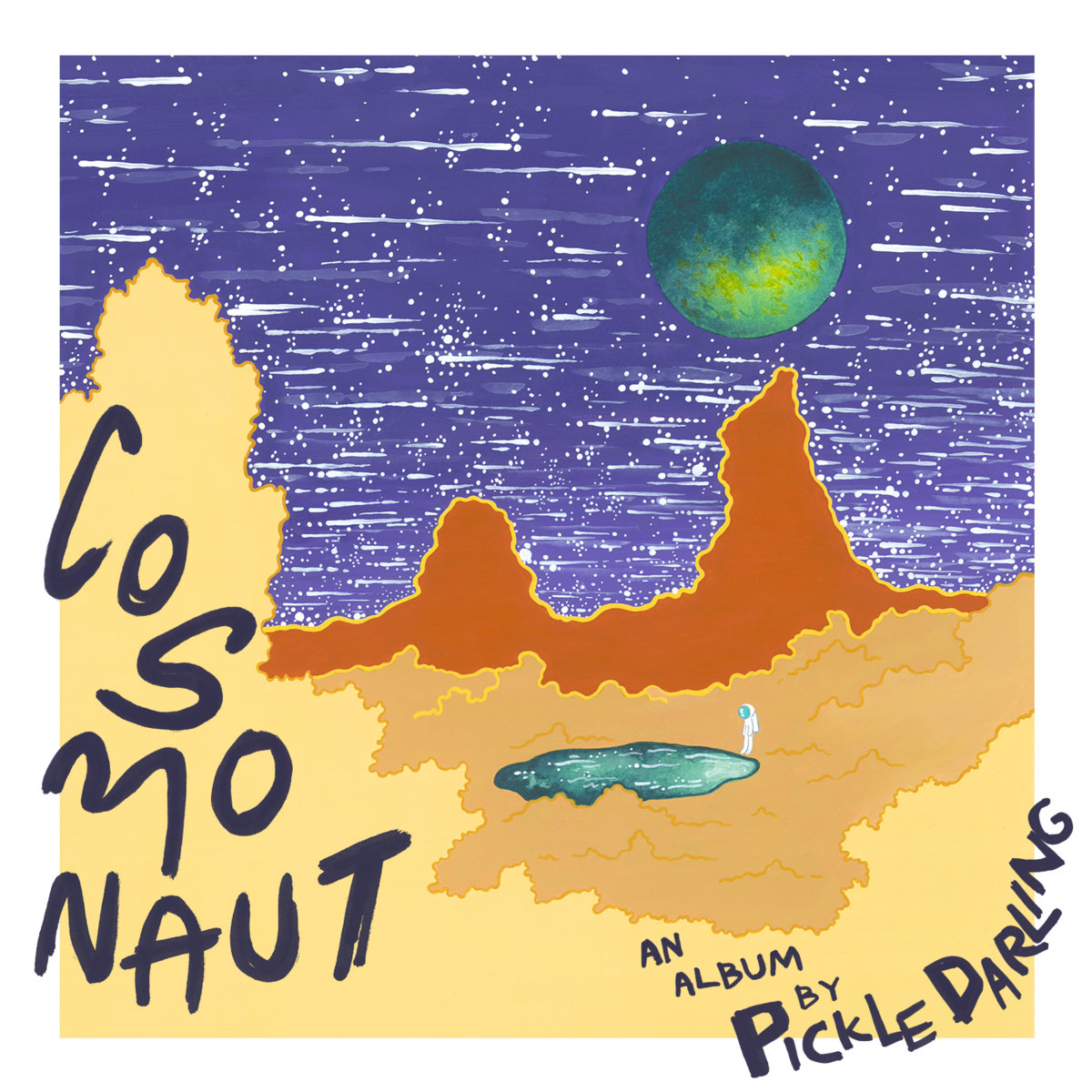 COSMONAUT opens with “Achieve Lift,” a soaring-but-crunchy mid-tempo bop that lives up to its NASA-esque title. As a tweaked-out banjo part rides atop creamy, analog synth lines, Mayo utilizes pitch-shifting to disguise their Lennon-esque drawl. Pickle Darling’s songwriting has never felt phoned-in, but COSMONAUT’s tracks are hands down the project’s most engaging to date. “Gently Crashes” has a deceivingly laidback intro that makes the electro-pop ballad it collides into pleasantly jarring. “Blushing” seamlessly morphs from a deprecating waltz to a cosmic R&B track that evokes 808S AND HEARTBREAK-era Kanye, or even Far East Movement. The track would sound as at home bumping in a frozen yogurt shop as it would in a DIY space. Even the 45-second interlude “Rosary” packs a punch. Mayo’s delicately processed vocals sing a charming proclamation about being willing to “Put the work in.”

Pickle Darling’s peers are often inoffensive, but COSMONAUT’s ornate, masterful production is daringly reminiscent of The Flaming Lips’ THE SOFT BULLETIN. With lyrics that read like a gripping, innocent romance novel as much as they do an Isaac Asimov story, COSMONAUT finds Mayo soaring to new heights, all the while managing to stay grounded. Blast off to the record on Bandcamp. [Ted Davis] 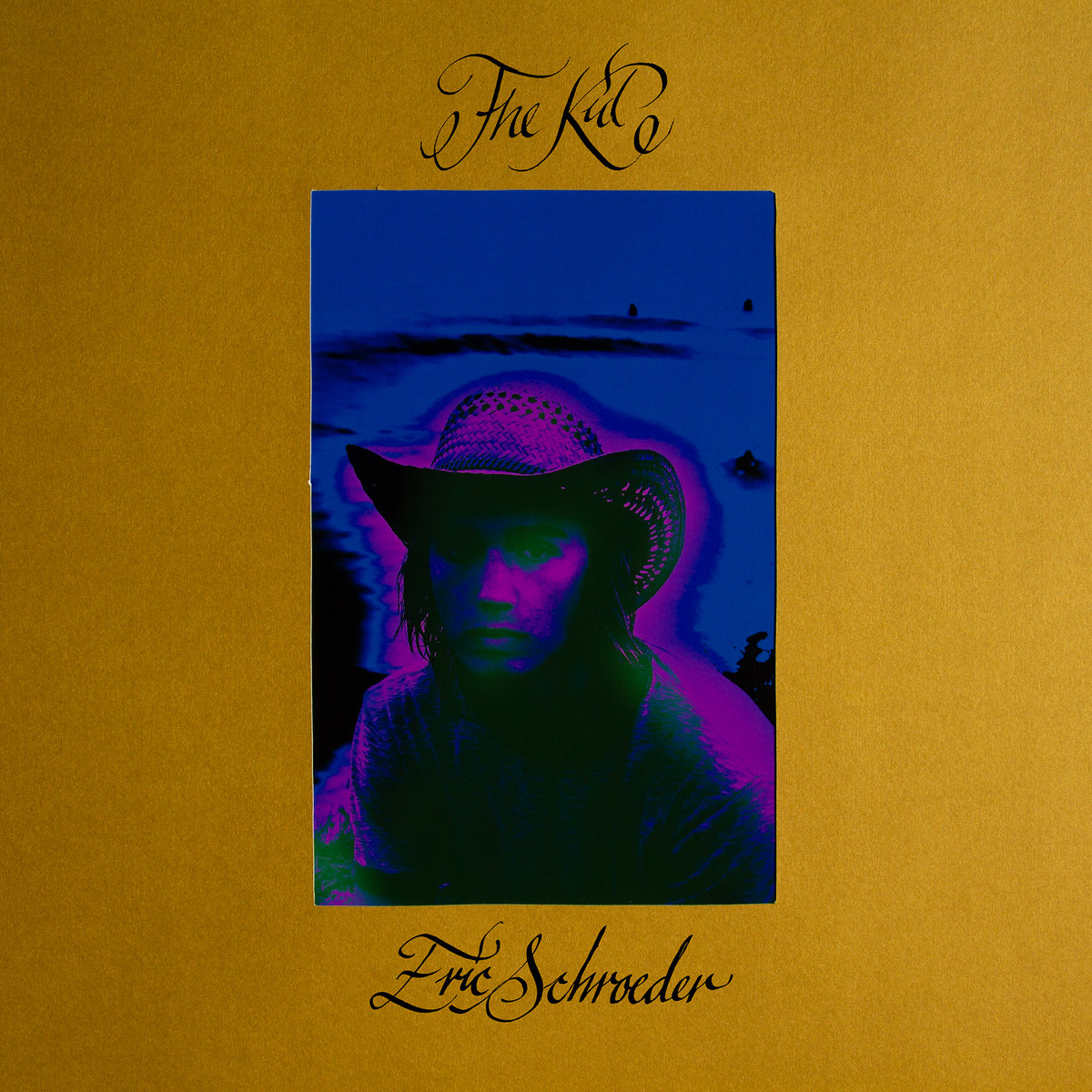 Favorite Tracks: “What I Need,” “The Bastard of Love,” “Country Line,” “From Mexico”

THE KID is a cheeky title, both a clever allusion to Western outlaws of yore and a helping of self-awareness from teenage country prodigy Eric Schroeder. Granted, youth wouldn’t even register listening to any of Schroeder’s work—that he’s barely out of High School is a notion that forces you to contemplate his bright future without even registering what a fully fledged songwriter he is right now. His 2020 debut, COUNTRY-FLAVORED ROLLING PAPER, was a rollicking lyrical showcase humming vibrantly against a fuzzy bedroom recording—the slurry, rambling of Townes, the witty thoughtfulness of Tweedy.

To call him a prodigy, after hearing a song like “Cocaine Boys,” was maybe even selling him short given how few emerging songwriters seem to exist in the rarified indie country sphere on any kind of national stage. THE KID doesn’t simply deliver on the promise of how talented Schroeder clearly is—almost any release was likely to do that given his age. The production, the songwriting, the presentation, all of it is a massive level-up, the kind of creative stride many artists spend a lifetime chasing. Producer Kevin Basko adds an electric, multicolored, spacious pop edge to Schroeder’s sound, the lo-fi hum still omnipresent in these songs, but with several layers of depth; while he’s clearly talented enough to straddle conventional indie rock and country effectively, the commitment to bringing a psych pop stomp to a lot of these tracks pays off.

Opener “What I Need” acts as a perfect anthemic bar romp introduction before Schroeder saddles up to a few local watering holes he’s not even old enough to legally drink in—the harbored, aching darkness of “The Bastard of Love,” the gripping guitar jamming of “Country Line,” the campfire ballading of “From Mexico,” the mean-mugged honky tonking of “Wyoming.” The sequencing of the album leads THE KID to feel fresh, rarely lingering on one moment or idea long enough to grow stale, often acting as a spirited showcase for Schroeder’s rare lyrical talents and ear for flipping and transforming country rock tropes. Any and all country fans need to give it a listen, as it’s among the year’s best. You can grab a copy on Bandcamp. [CJ Simonson]