It’s our Bandcamp Picks of the Week, featuring some hybridized hardcore from Bad Breeding and some from the past indie rock from Lawn! 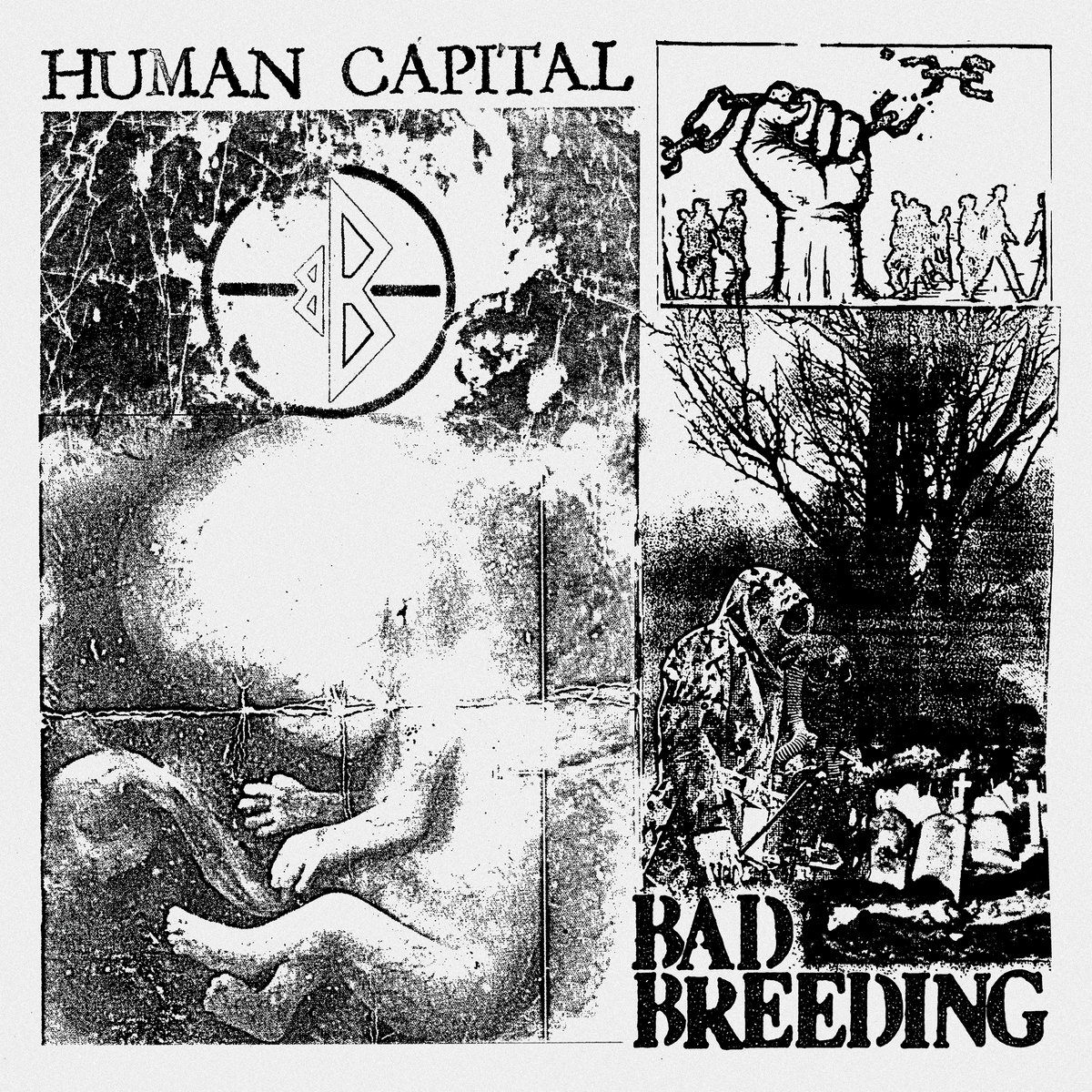 As a rule, comments on Bandcamp releases are 1) incoherent gibberish; 2) unabashed squealing from fan-boys/girls; and/or 3) some pointless variation of one and two. But one comment on HUMAN CAPITAL, the latest LP from UK band Bad Breeding, had me intrigued: “That’s not punk. That’s something based on punk, but so much more, I don’t know what!” So, is arnix_tbone right? No, of course it’s punk. Uh-doy.

But I’d say that their, um, “confusion” is somewhat merited, and calling this whole thing “punk” feels like you’re missing out on a lot of what makes HUMAN CAPITAL feel truly special. Sure, there’s some pretty sturdy punk rock offerings, like the riotous “Joyride” (a standout from our pal arnix_tbone). Or the rapid-fire savagery of “Arc Eye” and the similarly cacophonous, highly volatile “Death March.” And it’s great punk at that–snarling, madcap hardcore caked in sweat and grim, the dictionary definition of music for beating up your fellow weirdos/outcasts.

Where the 12-track collection flourishes, where it goes from a damn rollicking punk record to something much more (and without making a fuss about it, either), is found elsewhere. Like “Community,” which effortlessly boils down hardcore, sludgey metal, and low-key Darkwave into this big, brutalizing track that sets a lot of the LP’s tone and intent. Or, “Prescription,” which does something great with this big wall of snarling sound and noise that feels more compelling than any giant hardcore jam. Even something like “Nostalgia Trip,” which could be another massive metal-infused beast, feels more playful in both its structure and larger aesthetic.

Yes, some of the choices that make this a “different” kind of punk aren’t exactly groundbreaking. Groups everywhere, and for years, have played around with these ideas and influences to forge something novel and multifaceted. Bad Breeding, then, brings a certain depth, passion, and overtness to the table that makes their music feel both hugely disinterested in such trappings and also brimming with boundless heart—a decidedly punk-ian M.O. that emphasizes a true form of creative freedom and uncertainty. It’s best displayed in a song like “Speculation”: all the snarling vocals and crunchy guitars are there, but if you dig into the musicality of it all, all this labeling feels a little linear for a band with such raw prowess and general savviness. As such, most labels feel a little silly. Regardless of what you call this LP—punk or some bastard hybrid or Just Rock—it’s a damn great record. It sinks its thumbs firmly into your eye socket across all 12-tracks, and when you’re done being shaken like a rag doll, you feel the kind of naked truth and emotional power that great punk drills into your forebrain. Call it what you want, but just be like arnix_tbone and pick this up pronto (perhaps via Bandcamp?) 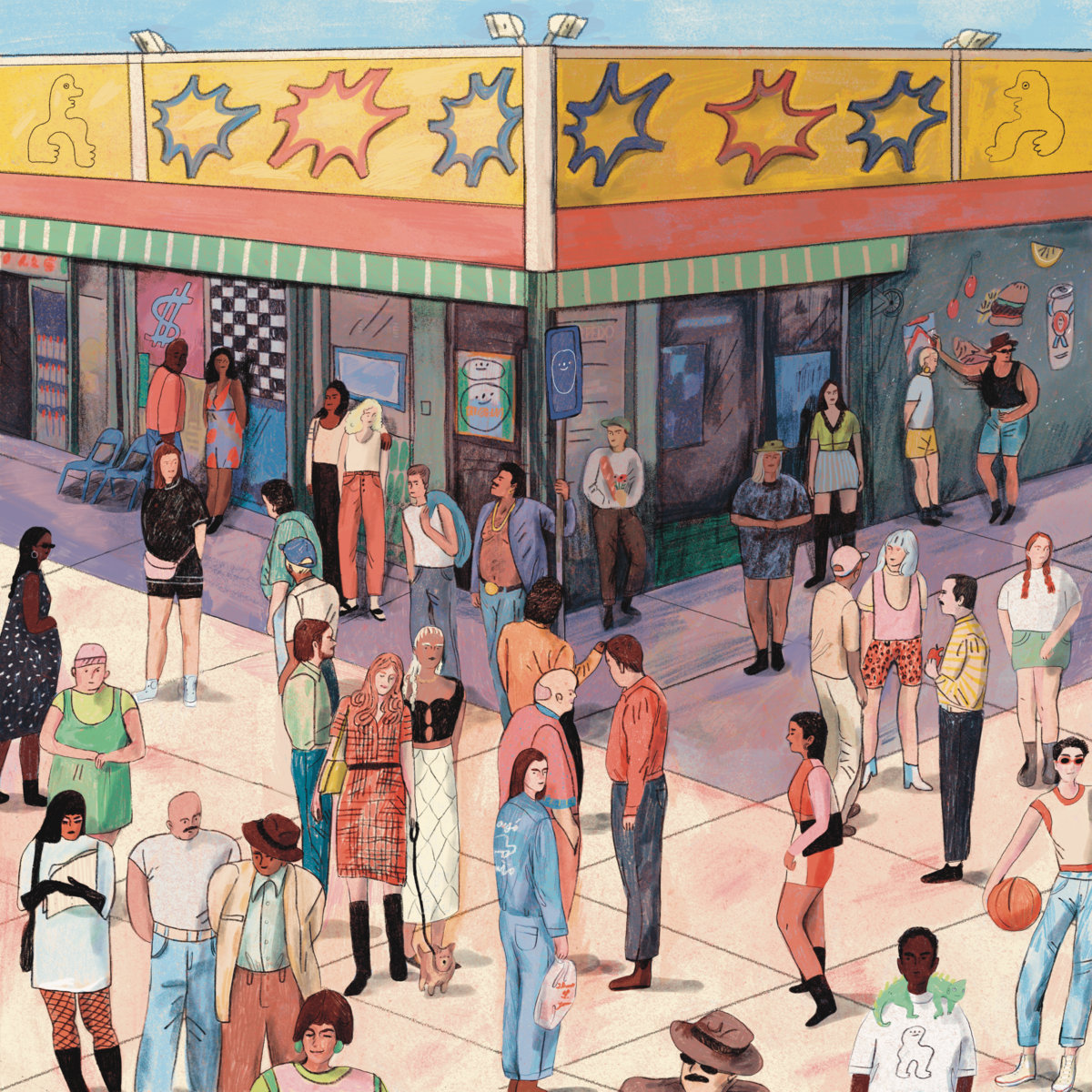 Fun fact: the world is falling apart. And, based on a recent report, folks are responding by embracing old favorites over new releases. But I implore you, dear reader, there’s plenty of great new music to help understand and cope with our modern times. (Even if said music is technically from the “good old” days of circa 2016.) The aforementioned album is BIGGER SPROUT, a collection of two EPs from New Orleans indie rock duo Lawn. The seven-track effort is about “embracing change and new surroundings as a positive part of adulthood” (or perhaps societal collapse?!), with songs tackling “disassociation, jadedness, and political discussions….” It couldn’t be a better choice if they named it HELLSCAPE 2K22.

The band shine as unwilling end-times musical saviors by balancing playful, high-energy rock with everyman musings. Sonically they bring forward a younger, more earnest Teenage Fanclub sound, and the pair have a few different speeds at which they can deliver. Album opener “Down” presents the most shimmery, extra jangly rock you’ll hear this side of 2009 Brooklyn, and they blast through all that sunshine with savvy lyrical observations like, “I’ve got something / here worth holding,” on the opening track “Down.” Meanwhile, “Running My Luck” isn’t quite as saccharine, but those solid hooks enhance lines like “Heavy is the only kind of feeling / That can fit sometimes / But you’ll try to unpack, resize / Rearrange but it’s alright to let go.” Maybe they’re not the most progressive musical decisions, or the most sage insights, but they work when you’re starved for something that feels both essential, yet never hides its own earnestness and nostalgic tendencies.

And, sure, that sense of deliberate retro rock goodness and Peter Pan-ian lyrical observations might feel outdated to some. I’d argue that, as tasty as those jams are, other tracks boost this LP’s larger significance. “Night Life” cuts to the core of this record’s emotional output for an extended post-punk dance number that 1) offers respite from one’s emotional ponderings and 2) demonstrates a peace and joy in commiserating en masse. From there, we land upon the album’s standout, “Sweet,” which spends two and a half minutes dissecting life and politics before the final 30-ish seconds end as the weirdest Phish jam ever. Are these weird songwriting choices? No, it’s about sending another bigger message: life is fucking strange, and you can sing and dance and get a little silly and still grapple with the weight of it all.

These two tendencies together—great, poignant rock songs about the human condition and more joyous musical “experimentation”—makes this record feel like a warm companion. Something that both comforts and confronts in equal parts, fostering emotionality and nostalgia to soothe without ever shying from commentary (even if it’s just about how life increasingly sucks). This likely won’t make anyone feel better about (dramatically gestures around), but having a partner in these times feels important. (Plus, a partner who does their best to entertain as well as uplift.) Great music’s always been a proper salve, and this time around, the world’s a little brighter thanks to Lawn’s big hooks and big heart. Listen to it now over on Bandcamp. 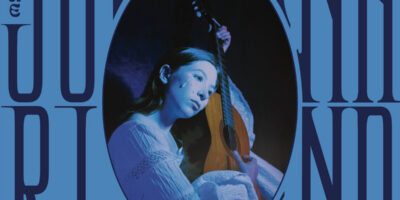