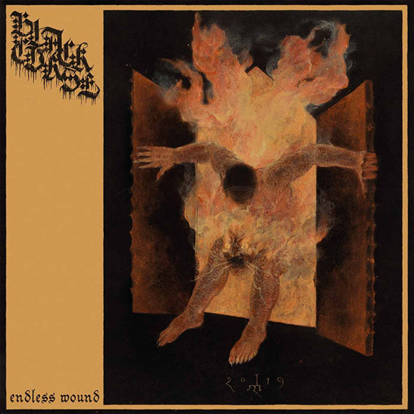 It would make sense that Black Curse arrives fully formed and ready to rip throats. Featuring members of Spectral Voice, Primitive Man, Khemmis, and Blood Incantation, Black Curse almost goes out of its way to feel like the result of several buzzy, scene-defining metal acts transforming into one. It’s an admittedly formidable lineup of faces, and the result is itself a brick wall of heavy-buzzing, sludgy riffs and double kick drumming furiousness. Their debut, ENDLESS WOUND as it’s appropriately called, is an amalgamation of modern black metal’s biggest, most monstrous qualities turned to 11, the vocals as guttural and unhinged as can be, the rhythm section as angry and massive as the mix will allow for, and the guitar riffs vibrating between thick walls of violent yet competent distortion and occasionally more classically focused psychedelia (“Lifeless Sanctum”). Perhaps what makes ENDLESS WOUND so immediately accessible despite its hardened aesthetic is just how much momentum it carries from one song to the next; if you’re going to listen to one thesis statement for what black metal and sludge metal have been working towards the last half-decade, ENDLESS WOUND certainly seems like an appropriate moment of transition on several levels, an approachable pseudo-supergroup delivering a workmanlike debut that captures all the ticks of the genre in one tight, 38-minute package. It occasionally breaks form and offers moments of surreal vocal fury (the closing of “Seared Eyes”) or digs deeper into some of the Satanic overflow of metal’s more hypnotic malice (“Endless Wound”) but ultimately I’d argue that newcomers willing to invest in the genre could start their decade off here and see what happens with a nice blueprint for the henceforth. And let it be known: That closer is not to be fucked with, eight minutes of loud, uncontainable power. You can check out Black Curse’s ENDLESS WOUND on Bandcamp. [CJ Simonson] 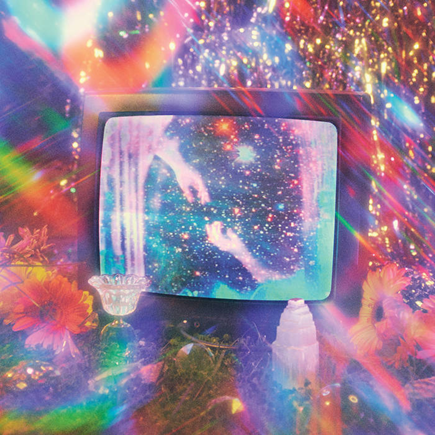 Winter – ENDLESS SPACE (BETWEEN YOU & I)

Favorite Tracks: “Endless Space (Between You And I),” “In The Z Plane,” “Bem no Fundo,” “Constellation”

Sometimes an album’s cover says more with a single glance than a review ever could. If you want to know everything you have to know about how Brazil-by-way-of-East LA’s Samira Winter’s latest full-length, ENDLESS SPACE (BETWEEN YOU & I), sounds, just get lost in the dreamy toyscapes on the record’s foggy visage. Like her contemporaries Reptaliens and Melody’s Echo Chamber, Winter executes the difficult feat of making psychedelic pop sound exciting in 2020. Dream pop is by no means unexplored terrain, but tracks on ENDLESS SPACE like “Bem no Fundo” and “Constellation” successfully pair both contemporary trends and timelessly likable presentation. Throughout the album’s concise run time, listeners hear Cryogeyser-esque chorused guitars atop Roland Juno synth cascades and lackadaisical bilingual vocals. “In The Z Plane” even whips out the old acoustic guitar and four-track tape recorder, resulting in what sounds like a Broadcast or Laetitia Sadier bootleg heard through your roommate’s adjacent wall. While Winter has little in common sonically with the tropicalia or bossa nova music her country of origin is famed for, her music still harkens the sentiments of South American mid-century artistic radicalism in its affable familiarity. Listening to Winter’s latest after seeing her band live a few years ago is like dusting off my worn copy of Walter Wanderley’s RAIN FOREST on a solitary Saturday night. I know exactly what I’m getting into and I am very into it. ENDLESS SPACE (BETWEEN YOU & I) comes out this Friday. Grab it on Bandcamp. [Ted Davis]