Few films in the ever-growing Marvel Cinematic Universe have been more than the usual popcorn entertainment. With over six superhero movies coming out from now to 2020, the superhero genre is constantly running the risk of becoming stale. Often, Marvel will settle for “good enough,” with the occasional gem that has something to say (CAPTAIN AMERICA: THE WINTER SOLDIER and SPIDERMAN: HOMECOMING spring to mind). However, with the release of BLACK PANTHER, Marvel has delivered not just one of the best superhero films yet, but also a piece that challenges societal perceptions on race, acting as a game-changer for the film industry at large.

To start, I am black. I am a nerd and I cried tears of joy by the end of this film. Growing up, the main black superheroes we would see were anti-heroes (Blade, most successfully. Hancock and Spawn, to varying degrees), satirical characters (Meteor Man), or just plain terrible (Steel). Aside from Marvel’s signature black sidekicks, the MCU has been predominantly white, with most of the POC relegated to supporting roles. This may not seem like a big deal, but when you’re growing up seeing larger-than-life characters brought to the big screen, you try your best to relate to them, and for a long time, I wasn’t able to. My personal story aside, the opening moments of BLACK PANTHER were breathtaking. A group of black children playing basketball with a makeshift hoop, Afrofuturism front and center, and a tone that felt more focused than most Marvel flair. It was the aesthetic that I’ve yearned to see in the MCU for years. The film that follows after is stunning, action-packed, heartbreaking, and occasionally funny. A society so advanced, they fixed Forest Whitaker’s eye

Bouncing off the double whammy successes of FRUITVALE STATION and CREED, Ryan Coogler was brought on by Marvel to adapt their first black superhero film. Coogler’s winning streak continues with a strong showcase of black culture and African-inspired set design. Every frame is enriched with homages to classic African aesthetic that depicts a world untouched by colonialism. The film looks stunning, from the fully realized nation of Wakanda to the breathtaking costume design of the nation’s warriors. Coogler takes his time developing the history of Wakanda, while also giving ample time to each of the characters’ motivations and goals. Speaking of the characters, BLACK PANTHER features the strongest character development in the MCU yet. Danai Gurira nearly steals the show with her stoic and badass character Okoye. Lupita Nyong’o is entertaining and relatable in her role as Nakia, and the rest of the supporting cast inhabit their roles with grace and nuance. The other major stand outs are Andy Serkis, who basks in a campy but entertaining performance as Klaw, and Letitia Wright who is hilarious in the role of Shuri, the perfect balance of scientific brilliance and dry humor. And while Chadwick Boseman delivers a strong outing as the rightful king, it’s Michael B. Jordan who gives the best performance of his career.

Michael B. Jordan is charming, intimidating, and insanely relatable. The MCU has had a villain problem from the get go, but Killmonger is officially the best villain in the universe so far (Goodluck Thanos). He is the Magneto to T’Challa’s Professor X. His goals and motivations are so fleshed out that at points I was rooting for him. Killmonger comes from America, has seen racism in full swing, and grew up without his father, whom he admired. T’Challa in many ways is privileged, coming from a nation of power and technological advancement. This central conflict between the two raises an important question: where was Wakanda during the civil rights movement? This conflict is insanely relatable to today’s world, where countries debate whether it is their duty to aid other nations or to focus on themselves “first.” The film does not stray away from the topic of race, nor from the rise of white supremacy. This is a film that needed to be made and couldn’t have come out at a better time. Finding a white guy in this film is like finding Waldo

And yet, the film isn’t perfect. The first act suffers from pacing issues and doesn’t settle until a side plot in South Korea. The finale, like countless other Marvel films, suffers from overbearing CGI, and the second act felt oddly disjointed at times. These are issues of note, but the film delivers so much good that it inversely begins to balance the scales. Historically speaking, this is a monumental film, one that features a nearly entirely black cast, and a positive display of black culture. It’s something that Hollywood has been missing, and it’s something that can and will change the industry. Consequently, these flaws hardly diminish the final product. I felt like my younger self watching this film. I saw myself in the characters, I saw a nation of me’s that was the most technologically advanced in the world, and a hero that inspired me.

BLACK PANTHER is marvelous. It’s a film that delivers something the world desperately needs: a message of hope. It’s not without its flaws, but it’s currently the closest Marvel has ever come to making a film that truly matters on its own merit, comic book fandom and cinematic universes entirely ancillary. It’s not a film about saving the world from aliens nor continuing the agenda of building up to THE AVENGERS: INFINITY WAR. Instead, BLACK PANTHER is a film that begs to question what kind of king, or rather, what kind of nation we should be. Should we help the world or put ourselves first? In a divided country struggling with this very question, it’s stunning that a franchise of throwaway popcorn entertainment could deliver something so relevant, powerful, and game changing. Wakanda Forever. 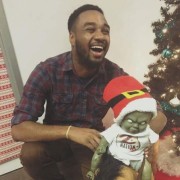