I love attending a show with no prior knowledge of the music and falling in love by the end of the set. It’s not a regular occurrence, but it did happen three years ago when I bought a ticket to Har Mar Superstar performing the songs of Sam Cooke. That brief moment of spontaneity led to a healthy fandom with his catchy music, emotional nuance, and the general organized chaos that lead singer Sean Tillmann loves to orchestrate on stage. The music brought me in. The stage act was pure joy. I was hooked. 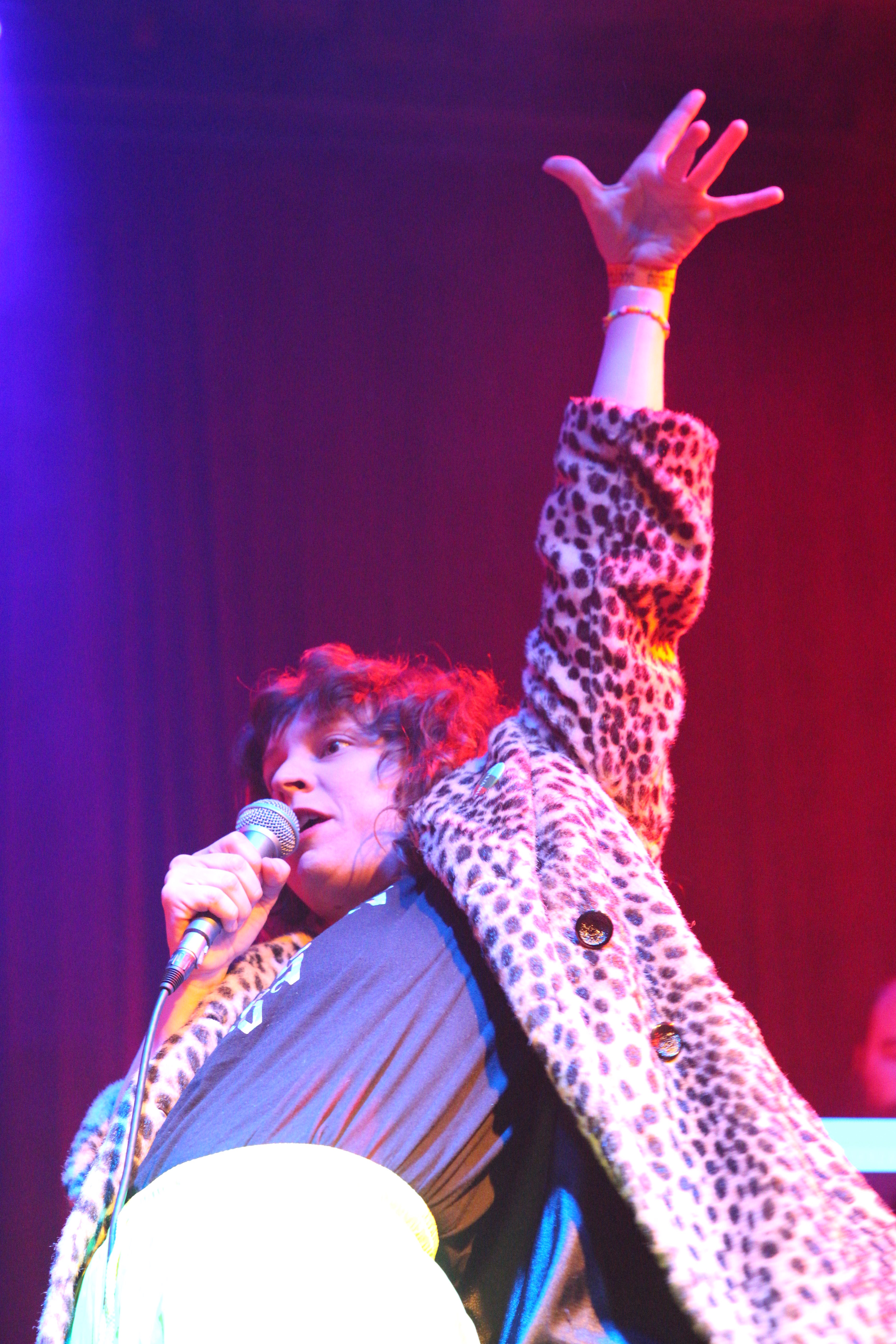 So naturally I was more than intrigued when Tillmann was teaming up with Sabrina Ellis of Austin art punk group A Giant Dog and nine-piece rock act Sweet Spirit. A Giant Dog, in particular (which I only knew because they were featured on the short-lived Netflix series GIRLBOSS), also veered towards organized chaos, with a punk rock sound spouting raw emotions among vivid theatrics. The two lead singer-songwriters were definitively powerhouses of their respective acts in their respective genres, so when they introduced their newest project, Heart Bones, synthpop with an electro-dance feel, the deck was pretty immediately stacked.

Despite attempting to see them live last year at the Regent, where they were set to perform songs from the DIRTY DANCING soundtrack, Ellis was unfortunately under the weather, leaving Tillmann to solo most of the numbers. (It was still a great show, he did seek out an audience member to share the stage with him for “I’ve Had The Time Of My Life,” which turned into a spectacle in and of itself). Heart Bones (now healthy) came back to Los Angeles last week for a performance at the Bootleg, with DYGL and The Pink Slips opening, the former bringing indie rock vibes a la The Strokes and the latter giving a punk rock performance with David Bowie-esque dance moves courtesy of lead singer (and Duff McKagan’s daughter) Grace McKagan. But when Heart Bones arrived, the tone quickly shifted to pop, with Tillmann and Ellis taking the stage in faux-fur coats and brightly colored pants. The crowd was ready for them, and vice versa. 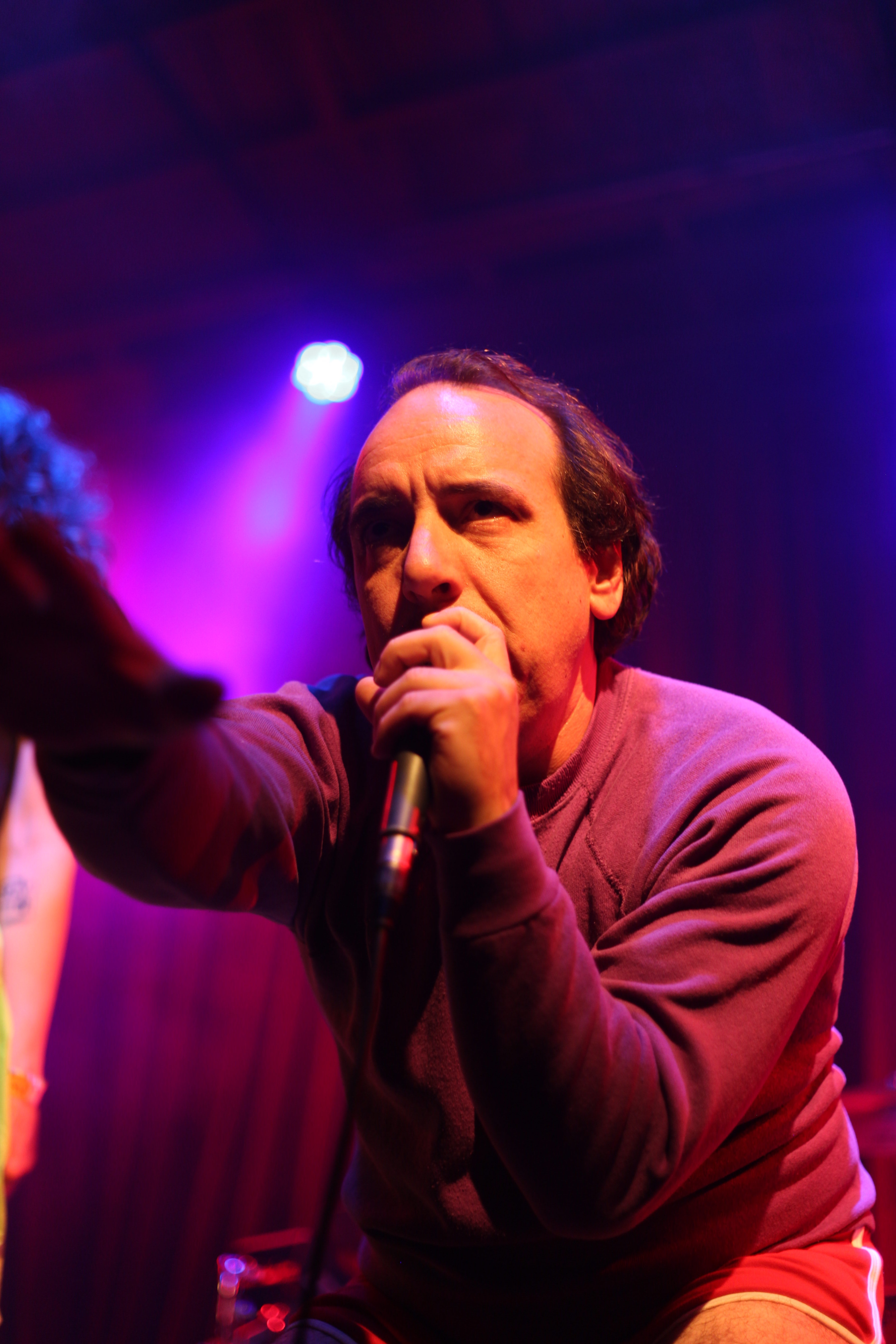 Their songs, like Heart Bones themselves, are fun, but the live performance is where this duo shines. From choreography to costume changes to headstands, the audience feeds off their energy. The chaos is admittedly a little reigned-in from their previous projects, but they share the stage well and the theatrical aspect of the performance is like no other. The set was a nostalgic romp through an ‘80s dance party, with the duo not only singing together but keeping in step with each other throughout the set. Heart Bones mostly performed fresh material off of an upcoming album set to release in February, (though we did get a snippet of what could have been at the Regent when Ellis and Tillmann sang Eric Carmen’s classic “Hungry Eyes” with Auto-Tune-pitched vocals). The songs have simple lyrics—early singles “This Time It’s Different” and “Little Dancer,” in particular, are standouts among the current releases.

Heart Bones showed a lot of great potential—I’m glad Ellis and Tillmann are on this new venture that fuses both of their stage personas in gratifying ways, even if it doesn’t compete with the body of work from Har Mar Superstar just yet. In the past, both artists have showcased tremendous vulnerability in their lyrics, from Har Mar Superstar’s “How Did I Get Through the Day” to A Giant Dog’s “I’ll Come Crashing,” which the set was missing. Ultimately, I don’t think I fell in love at first sight, but having some prior knowledge of them as artists this time around certainly allowed some hype to build up. While I have to recommend listening to the small selection of Heart Bones that is currently available on Spotify (with more in February!), you owe it to yourself to check out their show dates; the magic of Heart Bones is seeing Ellis and Tillmann together. 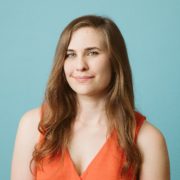 Emily Parsons
Emily Parsons is a writer, actor and competitive Connect Four player. She is very into mugs, coffee and oat milk.

The Learned Vulnerability of Heyrocco