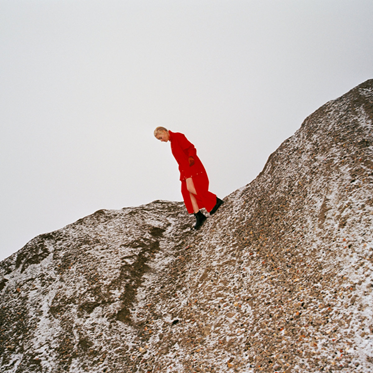 REWARD is an underwhelming album at first listen, but you’ll be more intrigued if you start looking for its artistic and experimental elements. Between the saxophone, chimes, and percussion, there is a melodic flow that seems to be missing, especially compared to her debut album, MUG MUSEUM; instead you’ll find an interesting beat that keeps you guessing about where it’s headed, like jazz but more post-punk.

One thing’s for sure: Le Bon has skillfully layered these elements together and has placed the melodies second, like an afterthought. This is what will irritate most folks, yet it makes the vintage sound more believable somehow. The strange and lonely tones on REWARD are consistent from start to finish. Take opener “Miami,” with its longer intro that is light and almost childish. The brass toots ground the simple melody, drawing listeners in, but by the time the vocals arrive they are as vapory as you’d expect had you listened to CRAB DAY. Unfortunately, the singing doesn’t hit as hard as you’d like (that’s probably the point), which in turn allows you to become distracted, slowly phasing out the music to the back of your mind. The best way to describe REWARD is if you’re not looking for it, you’ll probably overlook it. For most, that’s probably the right call to make: it’s not mainstream, it’s not catchy. It’s edgy, and, in ways, classic.

More than just days gone by, a running theme on the album is distance, whether it’s emphasized between the ominous synth, the brief but groovy sax notes, or the echoing vocals. The effects on the latter evokes a temporal barrier, as if the singing is coming from the past to linger in the beats of the present. In part, this is probably due to Le Bon’s creation process. For REWARD, she went off to Englang’s Lake District, in Cumbria, and isolated herself in a more rural part of the country. Isolation to the point of insanity? A bit of a stretch, but the back-up vocals near the end of “Here It Comes Again” paint the picture of Ophelia confused, angsty, and lonely, chanting to herself, unable to make sense of Hamlet’s actions towards her. Le Bon does not express it in in a loud obvious way, more like the nudges of distress at the back of your mind that push you over the edge, except that the abyss you fall into is filled with the music. The lyrics are equally as conflicted, at times sweet and other times full of despair, bouncing from one to the other more than a loose train of thought. For example, in “The Light,” Le Bon sings “Mother, I feel the crowds on the turn / Took out the windows / Moved the stairs / And I don’t need the comedy / Holding the door to my own tragedy / Take blame for the hurt but the hurt belongs to me.” The songs seems to wafle between being about how a man lives out in the middle of nowhere but also how Le Bon is meant to stay motivated and productive without any stimulus. There are less intense stories, but for the most part they all stem from a deprivation, a longing. With REWARD, Le Bon has made a piece of art, but like any good artist she won’t appeal to everyone. The truth is, if you’ve heard either of her previous albums then you won’t be surprised by REWARD or its title. If you’re discovering Le Bon for the first time, you’ll have to accept that it’s an acquired taste. [Liliane Neubecker] 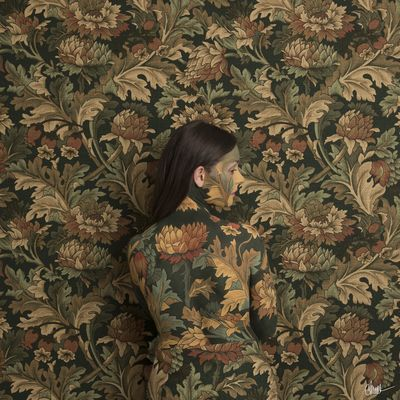 I had never heard of Honeyblood, the solo project of Stina Tweeddale, until a week ago, yet I was deeply offended on behalf of her fan base after listening to her third record, IN PLAIN SIGHT. She was never the most original artist, but there was an immersive sepia-toned atmosphere to her self-titled debut, and the revved-up guitars on BABES NEVER DIE complemented her bratty, Hayley Williams-esque charisma. I cannot conceive of the thought process that motivated her transition from rootsy garage rock to a facsimile of St. Vincent without any sizzle or focus, or Amanda Shires without the occasionally cutting lyric.

Even with a more expanded sonic palette and a gussied-up sheen courtesy of veteran producer John Congleton, IN PLAIN SIGHT still wants to maintain a lo-fi, shabby aesthetic, leading to a serious identity crisis that is most evident in her vocal production. There’s very heavy multi-tracking combined with omnipresent distortion that causes her to constantly peak in the mix without any raw instrumentation that would be conducive to it, all with the exception of the intentionally in-your-face “Gibberish” that returns her to some of her punk roots. Guitars alternate between having too much body on “The Third Degree” and “Take the Wheel” and too little body on “She’s a Nightmare” and “Twisting the Aces.” Every synthesizer and atmosphere finds new ways to be annoying: the half-clucking chicken, half-ticking clock of “She’s a Nightmare,” the atonal, farting squelch of “A Kiss from the Devil,” the metallic, ringing keys of “The Tarantella,”  the juxtaposition of the rinky-dink tone and the spacey warping on “You’re a Trick” that could have built some good tension if it weren’t for the screeching guitar in the hook or the rather abortive melodies. There are some fleeting moments of real musical and lyrical unease, especially the infidelity and gurgling synth-bass of “Touch,” and the contrast she’s going for has yielded fantastic results in the past: look at St. Vincent or Wye Oak’s embrace of more synthetic elements on their most recent output! That’s the real tragedy of IN PLAIN SIGHT, as the title is fitting to describe its obvious flaws and the inspirational moments that make it all the more miserable to take in. [Blake Michelle] 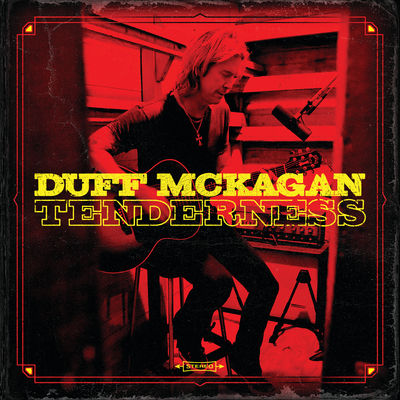 Look, are there more pressing albums to write about/listen to? Absolutely. But I think it’s worth highlighting how surprisingly decent this late-career solo record from Guns N’ Roses bassist (and all around badass punk rock icon) Duff McKagan is. With a major assist from producer Shooter Jennings, McKagan overcomes two of the solo aging rockstar hurdles: sounding musically energized and having something legitimate to say. The fact that McKagan’s solo work is admittedly less known (a shelved never-released 1999 album aside, his only proper solo release is 1993’s dated-but-conventional hard rock long-player BELIEVE IN ME) is a huge help on his latest album TENDERNESS; its divergence from the harder-edged rock of GNR/Loaded/Velvet Revolver allows Jennings to really cook, crafting a rootsy crunch around McKagan’s earnest, slow-cooker guitar ballads. That sound works best on lengthier songs—closer “Don’t Look Behind You,” with its flourish of piano and saxophone, builds into a true moment of catharsis, and “Last September” has some of the bar-strapped ruggedness of Neil Young in its DNA. The country/Americana lean on the record as a whole smartly masks some of McKagan’s shortcomings as a singer by delivering compelling musical moments, but it also slows the entire album down, rarely choosing to amp up the tempo for something with a bit more pop zeel. That slowed-down heaviness is unquestionably a conscious choice, as TENDERNESS is absolutely a political album meant to reflect on the heaviness of our modern times, which works until it doesn’t. McKagan’s outlook reads like a centrist optimist in a time when that line of thinking is a point of contention, and the fact that he opens the album with the line “Blackened days / We’ve lost our way” before concluding in the chorus that “a little tenderness is what we need” is about all you need to know regarding the type of political grandstanding you’re going to hear. The especially broad “Parkland” would be truly groan-worthy if it didn’t feel like it was coming from a place of to-a-fault earnestness, but at the end of the day, like much of McKagan’s songwriting on TENDERNESS, it’s not doing any harm, so why actually be mad at it. It’s a tougher ask in the year of our lord 2019, but check out the few highlights and marvel at how a decent producer and direction can make any long-in-the-tooth punker sound compelling still. [CJ Simonson] 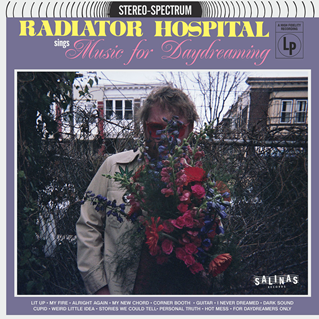 Singer-songwriter Sam Parrot-Cook returns to his roots on Radiator Hospital’s latest release, SINGS ‘MUSIC FOR DAYDREAMING’, presenting a rough-edged but endearing collection of solo songs. While a handful are played with a full band, most are acoustic, some are mildly upbeat, while the rest are exceedingly slow. I’m not calling SINGS ‘MUSIC FOR DAYDREAMING’ a snore-fest, but I’m not not calling it that—clocking in at around 35 minutes, the time spent listening to it feels much longer. Parrot-Cook’s lyrics still manage to hit right where it hurts, with revelations like “I let you hold me down again / Kiss me on my leg like I’m your girlfriend / Heart’ll never break if I keep letting it bend/ Honey that’s my golden rule” on “Personal Truth.” Parrot-Cook’s vocals are particularly strong on “Dark Sound,” a back catalogue Radiator Hospital song originally released on the band’s split EP with Martha back in 2015. It’s slower and less punk rock than the previous version, allowing lines such as “Run now, or turn around instead, but if you ask me if I’ll run? / Well I just might if it’ll save us from eating ourselves alive” to resonate. A song cheekily titled “Guitar” counts in with muted strums and then reveals itself as a piano ballad. The sparse tune is played with a lilt, a confessional tale about Parrot-Cook losing a precious guitar given to him by the subject’s sister, forgetting it “backstage at the cokehead bar.” While a noticeable departure from what the public has come to know of the Michigan-born punk band, the song at its core represents the simplistic, brutally-candid soul of Radiator Hospital. [Claire Epting]

Everyone’s a Wreck: Anxiety, Catharsis, and I THINK YOU SHOULD LEAVE 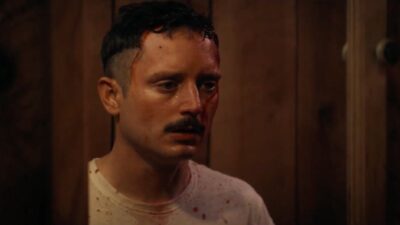 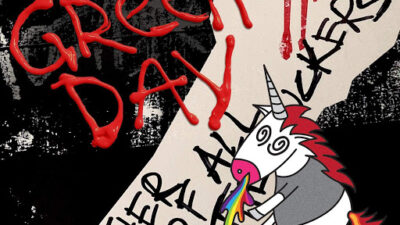 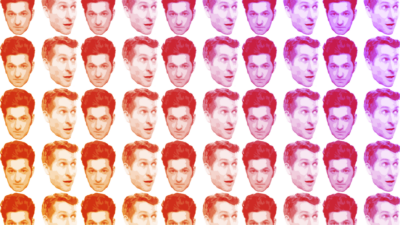 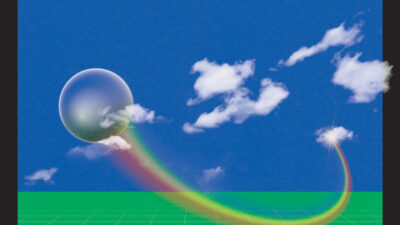 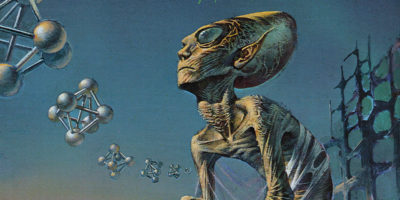