This will be a spoiler-heavy discussion of I THINK YOU SHOULD LEAVE (as much as there can be spoilers), just watch it on Netflix, it’s short and great.

It often feels impossible to describe what anxiety feels like because it’s such a subjective experience. The number of adults who report experiencing anxiety is higher than ever, but we’re all pretty terrible at articulating what it feels like to live with it. By its very nature, anxiety is mostly about a perceived gap between what we’re feeling as an individual, and what we imagine everyone around us to be feeling. It’s difficult to get other people to empathize with you when you’re already convinced that there’s a gulf between your feelings and the feelings of everyone else. This is why, as an anxious person, I take such enormous comfort in I THINK YOU SHOULD LEAVE. Every single sketch feels like Tim Robinson affirming the experience of anxiety and then blowing right past it to the point of absolute absurdity, and the result is so damn cathartic. 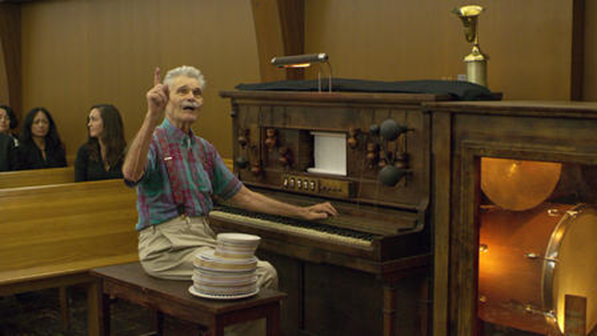 With every smashed plate, a sigh of relief

From the jump, it should be said that I THINK YOU SHOULD LEAVE is explicitly not trying to be profound or deep. It’s a show about mud pies, fart holes, and tiny horse dicks. It’s a show with pretty much no moral compass; there are no winners but somehow many losers; no lessons are learned, no hugs are shared in the end. Furthermore, writing about what makes comedy “good” is often a fruitless endeavor, but it’s one I’d like to attempt anyway. There’s almost no order or logic to the world of I THINK YOU SHOULD LEAVE at all, but there’s often little logic to the experience of anxiety, either. The team behind the series seems to just be here to make us laugh, and that’s great. However, the show also seemed to immediately strike a chord after it dropped on Netflix, the way very little sketch comedy has been able to in the last few years, because frankly, it’s gotten harder to laugh. Even if Robinson and his friends weren’t consciously tapping into a common feeling, it’s very clear to me that they found a collective nerve to press.

My thinking about the show started from this Tweet from the very funny and very smart Kath Barbadoro: “Even though the sketches are all really absurd, I think part of the reason they resonate so much and feel so current is because the premise of a lot of them is that a character lacks a basic level of context that it’s assumed everyone in society is supposed to have.”

In its simplest form, anxiety is the anticipation of what could be; the anticipation that a shameful, humiliating, or life-threatening situation is a real possibility. The unknown, the thoughts other people have about us but don’t express, the pink slip that could be on our desk any day now, the cancer lurking in our bones, the climate collapse that could be worse than we even imagine; these are the things that keep the anxious mind in fight or flight mode constantly. I THINK YOU SHOULD LEAVE takes our collective anxieties and ratchets them way past the point of reason, and the result is a form of exposure therapy. 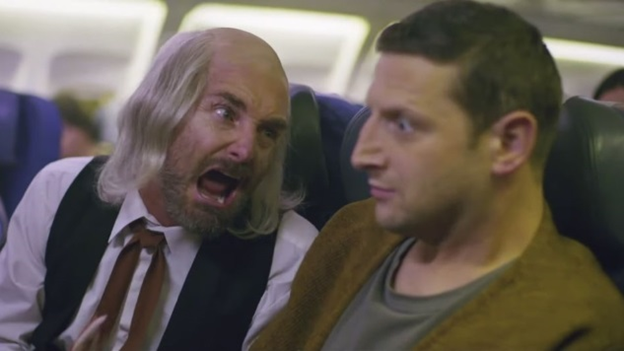 Most of the sketches in the show boil down to: “What if something worse than the worst thing imaginable happened?” Whether it’s a prank in a business meeting, an attempt to be “cute” on Instagram, or a birthday party; Robinson and his team are so good at taking already awkward scenarios and ratcheting them up way past the point of reality. “What if you put your foot in your mouth while trying to give someone a birthday gift?” is a question perfectly designed to trigger anxiety, but Robinson is able to reverse the whole scenario and make the guy who puts his foot in his mouth not exactly the winner, but to make everyone equally the loser in the end. If you melted down and insisted on eating a gift receipt at a birthday party, no one would be on your side, but the leaps in logic in the sketch make this possible. The result is that you get to see your nightmares brought to life, but rather than recoiling from them, you get to laugh at them and then move on to the next thing. 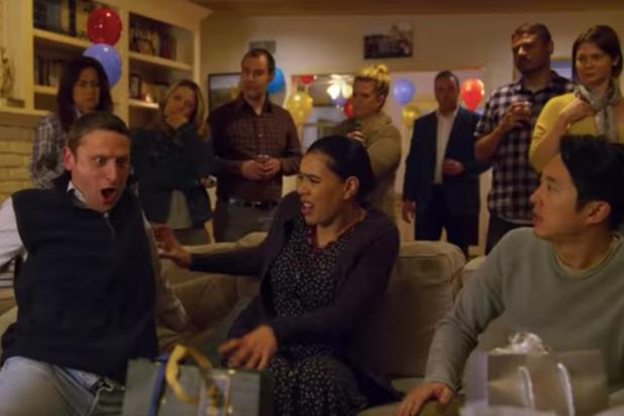 The pacing of these sketches really does play a crucial role in alleviating anxiety. A couple of the best sketches draw out to over nine minutes, but most are incredibly fast. They last just long enough to spin the scenario to its most absurd heights, and then after a final punchline, we’re mercifully whisked off to the next sketch. You have to endure just long enough to get the laugh, and no longer. This is what makes the show more satisfying than other shows that deal in anxiety-inducing situations; CURB YOUR ENTHUSIASM has to steadily sustain awkward situations for an entire 21 minutes, Sacha Baron Cohen has to milk his engineered social interactions for as long as possible, and Tim & Eric have to constantly test your stamina for gross and weird. The show feels like it’s finally perfectly threaded the needle of what could be called “manic-depressive millennial comedy.”  I THINK YOU SHOULD LEAVE lets us see the worst thing that could possibly happen, then moves on before we have to really deal with the consequences. Of course, in life we’re constantly picking up the pieces from shattered social situations, but to face the worst of the worse and laugh in its face, we can release some of our anxiety, like letting gas out of an overly pressurized tank. 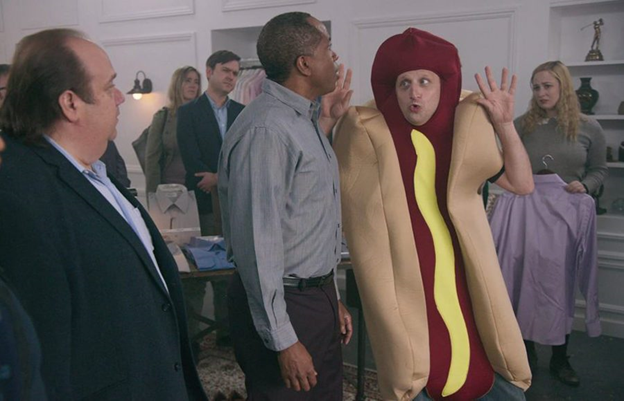 If you really think about it, Tim Robinson helps you let out a big psychological fart

We live in objectively anxiety-inducing times, you’d be insane not to be feeling these days. The climate crisis is already guaranteed to transform all of human life this century, with a high likelihood that a significant portion of us will die. The president is running concentration camps on the southern border. Perpetual war is just background noise at this point. Most of us live paycheck to paycheck and can’t afford housing or healthcare. I can tell you from firsthand experience that therapy and psychiatric drugs can, over time, help to cope with these big, scary things that it so often feels we have no control over. But in the moment, in our day to day incessant buzzing of dread, it’s so nice to have something come along and give us a refreshing punch in the nose. I THINK YOU SHOULD LEAVE is a screaming, messy release of all the pent-up frustration and fear we have no other outlet for. It’s punk rock without the instruments: no sacred cows, no heroes, just a world to joyfully set on fire. It’s a world where the rules don’t apply, and even if it’s just for a few minutes, it’s an amazing escape.