While sitting in the theater waiting for DEATH WISH to play, I noticed that all of the trailers had something to do with terrorism, guns, and violence. Yes, it could have been because I was going to see an action movie, so similar previews were screened, but still. Seeing so many movies being made where someone gets shots directly in the face really makes a person think about what Hollywood is desensitizing us to, especially considering the current discussion on gun control. However, DEATH WISH is one of the few action films that actually makes a comment on its own genre.

Directed by Eli Roth and starring genre favorite, Bruce Willis, DEATH WISH is a remake of Michael Winner’s 1974 film of the same name, starring Charles Bronson. The movie follows surgeon Dr. Paul Kersey (an architect in Winner’s version) as he goes on a killing spree after his wife and daughter are shot during a home invasion. With the police lacking any sort of lead, Kersey sets out to create his own justice by targeting criminals, getting closer to the men responsible for killing his wife and putting his daughter in a coma. What’s interesting is that Roth uses the internet and social media to create a conversation about vigilante justice and violence throughout the film, creating a commentary befitting of the man who brought us HOSTEL and THE GREEN INFERNO. What has me ridiculously conflicted about this film is how the action stacks up to the drama. The action sequences are astounding. I was physically squirming in my seat during the torture and death scenes as they were graphic yet believable, probably thanks to the decision to make Kersey a surgeon: he knows all the right buttons to push when it comes to human anatomy. The dramatic tension, however, falls so very short. There is a scene where Kersey’s brother confronts him about his newfound hobby. One or two lines are exchanged and Kersey immediately begins to break down, his brother never getting a chance to dig into Kersey’s emotions. It’s patently inauthentic. It’s human nature to avoid being vulnerable, rampage or no rampage. If this weren’t the case, there would be no money in the therapy business. However, this IS primarily an action movie, not a gut-wrenching drama.

Expert editing greatly heightens the viscera of each set piece. There is some pretty heavy gore in this film and editing makes it feel as evocative as it is bearable. The gory shots are perfectly paced: they linger long enough so we are aware of the severe damage, but retire fast enough so we don’t feel completely disturbed and uncomfortable. After all, editing is also of paramount importance in action films, as things can’t be too fast or too slow. DEATH WISH does a beautiful job of towing that fine line of compelling yet legible action, confidently hitting a sweet spot. That being said, some of the cinematography felt basic. It wasn’t necessarily bad camerawork, but there was nothing new to it, which is a little disappointing, as I feel that action films create the perfect platform for innovative shot composition. Actress Kirby Bliss Blanton playing an over enthusiastic gun sales lady. She might be the most terrifying character in the entire film

As such, I was rather conflicted over DEATH WISH, as I felt the good was notably weighed down by the bad. However, the most redeeming quality of the film is its open-ended commentary on gun violence and vigilantism. It generates a discussion within the film and provides both sides of the argument, but it never hands the audience a definitive point of view on a silver platter. It is up to the viewers to make that choice for themselves. Because of this, I would have to say that DEATH WISH is worth the watch for the great action sequences, precise editing, and the thought-provoking, albeit ambiguous, message. 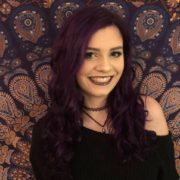 YOU’RE NOT ALONE by Andrew W.K. 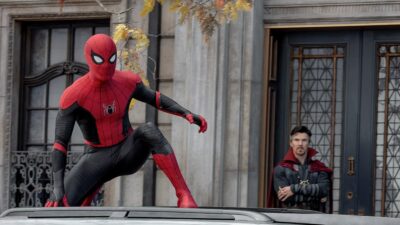 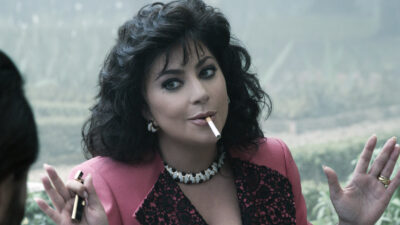