I don’t think it’s too much of a secret that I’ve long been bitten by the horror bug, a genre that has contributed to my most formative experiences in both the film and video game mediums. While PARANORMAL ACTIVITY was the first thing to ever legitimately keep me awake all night, a feverish paranoia marathon of when I’d inevitably be yanked off my bed by a malicious presence, I can honestly say that Tecmo’s flagship survival horror series was my first formative horror experience overall considering every cinema-going experience I was allowed to participate in was heavily regulated by an attentive parental presence (I guess being allowed to buy FATAL FRAME was one of the few instances where people not taking video games seriously was a net positive). The element of horror I’ll always most appreciate and reflect fondly upon was that sort of heightened sense of being privy to something with Power, something that could affect those who you shared with it in any sort of capacity. While at the time this was related to the perceived “danger” of engaging with something polite society would frown upon, a connotation the genre has thankfully lost in an era of Eggers, Asters, and the like, even now the high-points of horror fandom involve this sense of discovery and community, the joy of showing someone something that’ll impact them far more enjoyable than stumbling across a horror text on your own right. And during the Fall of ‘08, I rode high on terrorizing many a PS2 across the greater suburban wash of Torrance, California with the various ghastly residents of the Himuro Mansion. 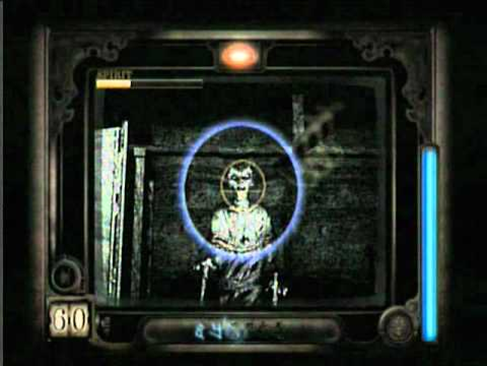 In the backwoods of 1986 Japan, “based on a true story,” at least as far as the game’s release in Western territories would have you believe, Miku Hinasaki goes off to investigate the disappearance of her brother, Mafuyu, who was himself searching for his missing mentor, Junsei Takamine, in the infamous Himuro Mansion. Historically having been occupied by a family that were the proprietors of the Strangling Ritual, in which a young girl was drawn and quartered in the hopes of keeping a dark force known as The Malice appeased so as to not wreck havoc in the world at large, it seems as if Kirie, the last known girl to fall victim to the Strangling Ritual, has some bones to pick with those who still walk our terrestrial plane. As the scares increase and the lore grows more complex, Miku has to attempt to set the various malevolent spirits of Himuro Mansion to rest with the Camera Obscura, a 19th century relic imbued with the power to capture and contain the not-so-living dead.

Now I must admit, at the time FATAL FRAME came into my life, I was deep into Weebdom. While I shockingly never got all that into anime apart from the feature-length oeuvre of Satoshi Kon, I read Japanese cookbooks like pulp fiction paperbacks, illegally downloaded virtually every film Takeshi Kitano and Takashi Miike ever made, and have more regrettable amateur screenplays to my name involving the yakuza than you could ever possibly conceive. All of this is to say that the setting appealed to Thomas of Fall ‘08 more than his teenage brain could handle, certainly not hindered by Miku Hinasaki’s overall rendering. 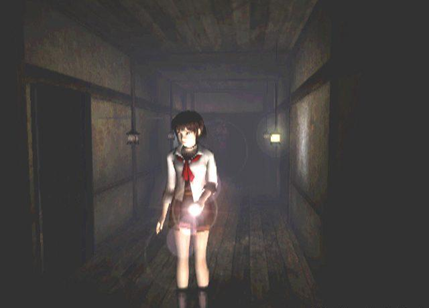 It didn’t take much, back in the day

But in all honesty, unless you truly ride or die for the more literary roots of horror, you could do far worse for a genre orientation than FATAL FRAME’s immaculate crafting of atmosphere. You can literally not call it gothic due to that term’s genesis in geographical architecture, but the Himuro Mansion is an intensely rich playground in which to move the PS2 controller ever-so-slightly while looking away from the screen as much as possible. Heavily populated with Shinto and Buddhist-adjacent religious iconography, the Himuro Mansion feels like a character in and of itself, a strikingly designed and laid-out example of classical Japanese aesthetics that faithfully evoke the more renowned historical sights of the country at large (I studied abroad there and can at least say that much, if you want to take me to task) and works wonders in terms of elevating the overall experience above the genre-generic mansion (Resident Evil) or haunted house attraction (nearly every found-footage film ever). While not possessing the educational agency to the degree of something like the Kuomintang’s reign in DETENTION, there’s still something interesting to be found in the court-like, demarcated layout of the Himuro Mansion, a somewhat more reserved and regal callback to the setting-heavy presentation of Classic Universal horror when compared to whatever the Hell was happening in CLOCK TOWER 3 or the oppressive mythos of ETERNAL DARKNESS, both released the same year in North America. (Yes, FATAL FRAME was released in 2002 in North America—pardon me for not playing it in second grade.)

As such, it can be frustrating to hear the general consensus that remembers FATAL FRAME as a “jump-scare game.” Now of course there are frightening moments—the Blinded Woman’s snap appearance in the Rubble Room is something I’ll have to unpack whenever I inevitably get my ass to therapy, and Broken Neck kept me peeking over the covers more than a few times on a cold October night alone. But Fatal Frame’s fundamental mechanic of using the mediated lens of a camera was always the most ingenious thing about it, as it mostly let you interact with the heavily creepy environment around you to the degree you were capable or willing to. The thing is, the vast majority of the ghosts walking the Himuro Mansion are ambient, factors of the environment that the full completion of the game, well, game-ifies by requiring you to snap a picture of the entire roster, but don’t directly impede your progress either way. What separates FATAL FRAME from the pack is that the actual roster of pure-bred, bona fide “bosses,” as they were, is comparatively low. And sure, many horror games have lots of grunt enemies to grind through in the service of a handful of Big Bads, but what is perhaps the most evocative element of FATAL FRAME is that you are truly surrounded by a melancholy and thematically rich host of the unrestful, probably 80% of which can’t harm your scant health bar. While the first explicitly “friendly” ghost wouldn’t appear until the second installment, it’s consistently posited that the Camera Obscura may be giving the ghosts as much relief as the player feels when they disappear upon a picture being taken, the player finding it hard to fault the various ancillary elements of the Himuro Mansion that fell victim to the dark rituals of the family, simply revisiting a favored spot or activity from beyond the grave. 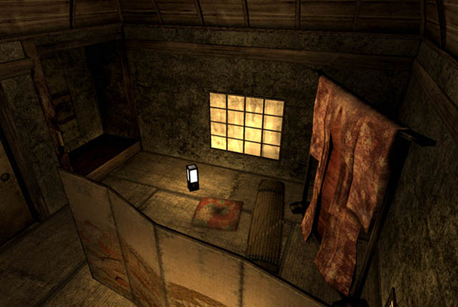 Justice for the Koto Room

However, I still find the way in which the Camera Obscura applies to “combat” a horror tactic for the ages. While found footage makes use of the same concept of a literal view into the realm of the damned if you step back far enough, the fact that you, in effect, defeat ghosts by taking a stellar picture of them necessitates you letting them get as close to you as possible. This is positively nerve-wracking, and a truly impressive demonstration of how the video game medium can particularly advance the horror medium. We always wonder, no matter how contextualized the backstory or motivation of a found footage film is, why the camera-operator doesn’t turn and run before the shit hits the fan, but by forcing the gamer to let the gaping maws and malignant wails of the spiritual denizens of Himuro Mansion reach a fever pitch before finally snapping the photo, a maliciously severe element of horror is introduced. Now listen, of course in retrospect the 2002 graphics of the original game don’t entirely hold up, but as a brief addendum, I will say that the Japan-and-Wii-exclusive fourth installment, MASK OF THE LUNAR ECLIPSE (an unsung Suda51 joint, for the heads out there), that I purchased from Japan and bricked my brother’s Wii with an ill-advised patch to play was quite literally among the most terrifying things I’ve ever experienced considering the even more heightened sense of player integration that the Wiimote provided. The point is that FATAL FRAME hit upon formal and functional gold that the series has continued to mine with virtually no alteration, even to the present day.

We all remember our first time, and I’m sure many out there have equally, if not more, redolent appraisals of the Horror Game That Started It All. But to this day, I still think there’s something unique about this series that may have found cheap imitations in the blurb-based Playstation Magazine backpages of the mid-aughts, but never found a worthy challenger to the throne. Was the story of CRIMSON BUTTERFLY more complex? Absolutely. Was THE TORMENTED more frightening, MASK OF THE LUNAR ECLIPSE in an entirely different category, especially since it still necessitates ~$200 and several hoop-jumps to play today? Definitely. But on the rinky-dink TV in my dad’s office in middle and high school I experienced something truly definitive, and it has not and will never leave me, setting a high water mark for the horror fandom that would follow. Thank goodness my family got me all of the games for Christmas a decade ago before their value would increase nearly 300%.

The Radicalized Horror of clipping.’s THERE EXISTED AN ADDICTION TO BLOOD