I’ve been sitting at my desk all week at my day job, wearing stupidly large headphones over my ears. I’m listening to this great album by Office Culture. I work from home, which is absolutely life changing. No more sitting in traffic, no more inane conversation with that miserable coworker everyone tries their best to avoid, no more feeling like a manager is hovering over my shoulder watching my every move. I can just roll out of bed and log onto my first meeting while I make my coffee. I can just sit here listening to as much music as possible—which is never enough—and send emails trying to entice reporters to write about soft drinks or breakfast cereal mascots. (There’s more to it than that, but that’s all you get to know.) My only in-office coworkers are my loving partner and our two very loud (but snuggly) white schnauzers. Life is good right now, and BIG TIME THINGS is the ideal soundtrack for our home office space.

Let’s rewind. About a month ago, I scrolled through some of the PR emails that come my way looking for a new album to try out. I see one about a band called Office Culture. The name was intriguing—one of those that you can’t believe someone hasn’t used before, and that makes you kind of jealous that you didn’t think of it first. But it’s the album art, with its multicolored blobs swirling around the band’s name and album title in a fancy-looking font, that made me decide to press play. (Take note of this, public relations folks: this is the kind of dumb shit that catches my attention.)

The music that followed was delightful. A talented singer with charming tones crooning over some mellow-yet-complex songs, I had an uncontrollable urge to nod my head and move my shoulders back and forth throughout. It has the same energy as The Whitest Boy Alive or Whitney’s recent covers album, or even if Jens Lekman decided to front Steely Dan (and I don’t say that lightly). Electronic organ, smooth bass lines, strings, brilliant harmonies—it’s that smooth yacht rock sound, the vibe of that local AM soft rock station my grandma would play when I took a nap as a kid. BIG TIME THINGS feels gentle and cozy, the equivalent of your favorite TV show on in the background while you do chores.

But listen: I’m not a Steely Fan.

There, I said it.

I used to work at the record store with a really great dude, but Steely Dan was one of his go-to bands for in-store play. If a used copy of AJA or GAUCHO was in the new arrival bin, it was guaranteed we would hear it at least three times that week. Multiply that by 10 years and it’s a lot of fucking Steely Dan. I can take them in the context of the movie SAY ANYTHING where John Mahoney (you know, Frasier’s dad) is singing “Rikki Don’t Lose That Number” out of key and at the top of his lungs in his car, but that’s about the extent of my Steely Dan tolerance.

Now, Office Culture is not Steely Dan—not even close. Yet they satisfy that microscopic part of me that needs to hear the intro to “Dirty Work” once in a blue moon. I have several indie bands logged away that similarly scratch the itch of the classic rock stuff that never did much for me. Like Office Culture, these artists never sound exactly like what those older acts did, but in my head they replace the vague idea. The Hidden Camera’s MISSISSAUGA GODDAMMN feeds the memories of when I was 16 and dated a girl obsessed with Jethro Tull (it was 2003). Midlake’s THE TRIALS OF VAN OCCUPANTHER fills the Fleetwood Mac-shaped hole in my heart. (Okay, that one I eventually rectified when I spent the summer of 2010 listening to nothing but Fleetwood Mac, Die Antwoord, and Peter Gabriel. It was a strange time.) BIG TIME THINGS will now replace the sounds of Walter Becker and Donald Fagen that had been burned into my brain against my will all those many years ago.

I’ve been struggling with how to write about this record in the back of my head for the last week. It’s a fantastic album, there isn’t a bad song on it, and it puts me into a really good mood while I work through the most tedious parts of my job. Simply put: I finished a monotonous project while listening to it on a loop four times yesterday. Office Culture raised my productivity! How many bands can you say do that? 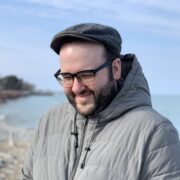 Jack Probst
Jack is a freelance pop culture writer living in St. Louis, Missouri. His writing has also been featured in Pitchfork, Paste Magazine, CREEM Magazine, NME, and The Riverfront Times. He appreciates the works of James Murphy, Wes Anderson, and Super Mario. He also enjoys writing paragraphs about himself in his spare time.