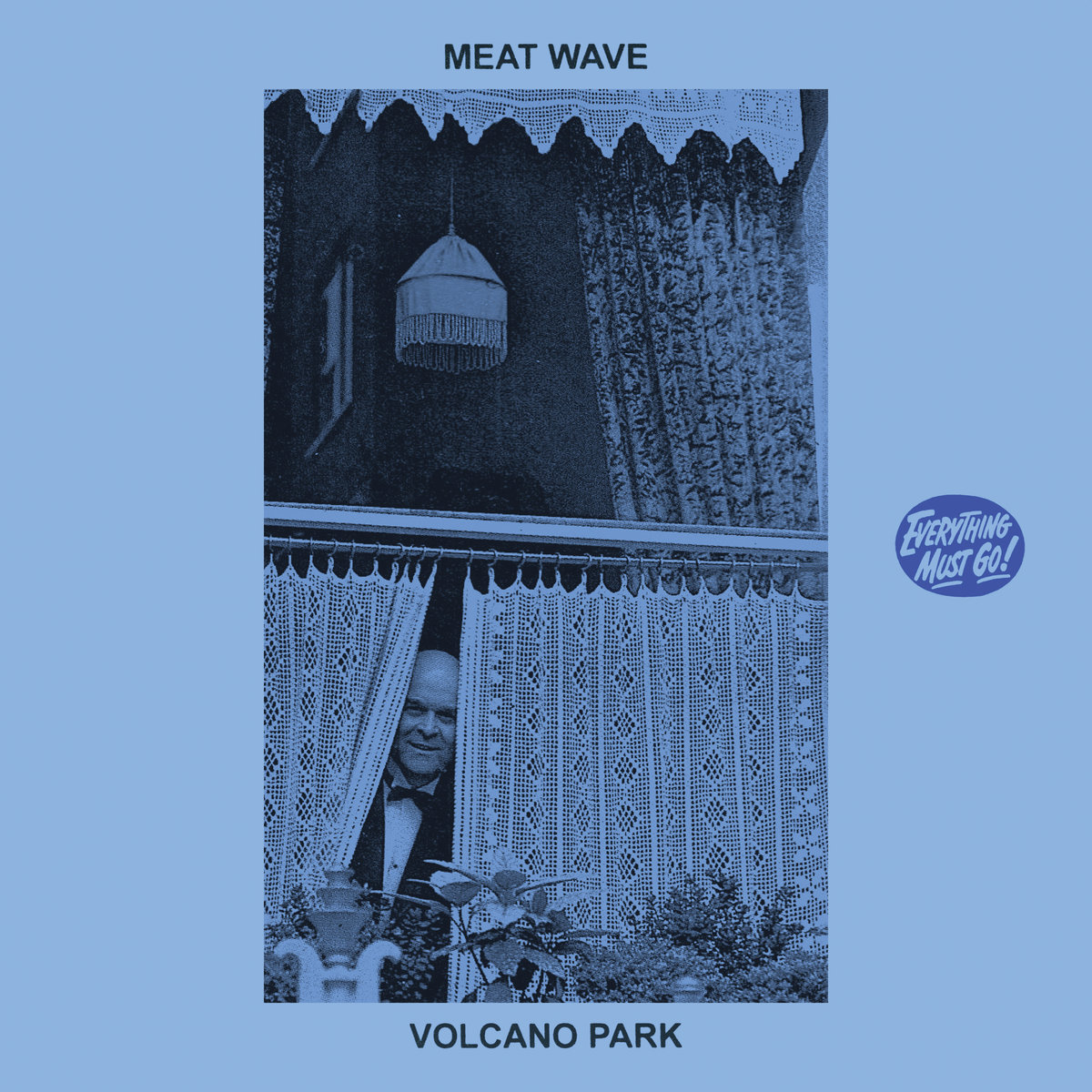 Now a decade into being a band—and even longer if we consider the music made as Truman & His Trophy—age has only intensified Meat Wave’s sound. The contrast between vigorous and spry early punk cuts like “Brother” and “No Definition” and their latest work on the new EP, VOLCANO PARK, is ultimately slight, but given the Chicago trio emerged so fully-formed, they’re important. Their dark punk rock tornado was almost so focused back on their 2011 self-titled release (the angry leer of the rhythm section on that record is beyond impressive in retrospect) that to hear Meat Wave open up and truly jam adds a shaggy yet muscular rawness to a band who already had plenty of it to spare. Musically, their intensity matches the early work of the band—dogged, hungry, seething—but there is a kind of looseness across all six songs that is palpable, be it because it’s been four years since the bands last full-length album or because their own musical exploration came late in 2020. Ryan Wizniak’s drumming guides the band’s larger production approach, truly capturing the jam session atmosphere they describe in the liner notes. The post-punk edges and collapsing guitar lines are cathartic—each song feels like a bullish six minutes despite being a tighter four, a testament to how much sonic territory it feels like is covered on this EP. Opener “Tugboat” grounds and pounds, Chris Sutter’s dry delivery of “You wanted it new / you’re used to it now” amidst the driving finale perhaps a telling larger sentiment to the EP overall. Early single “Yell at the Moon” is perhaps Winziak’s most compelling drum performance to date, the hollow, padding build and Sutter’s furious delivery of the chorus building into another slack but memorable moment. It’s a nice collection from a band who have too quietly been one of indie rock’s most reliable punk rock purveyors. [CJ Simonson] 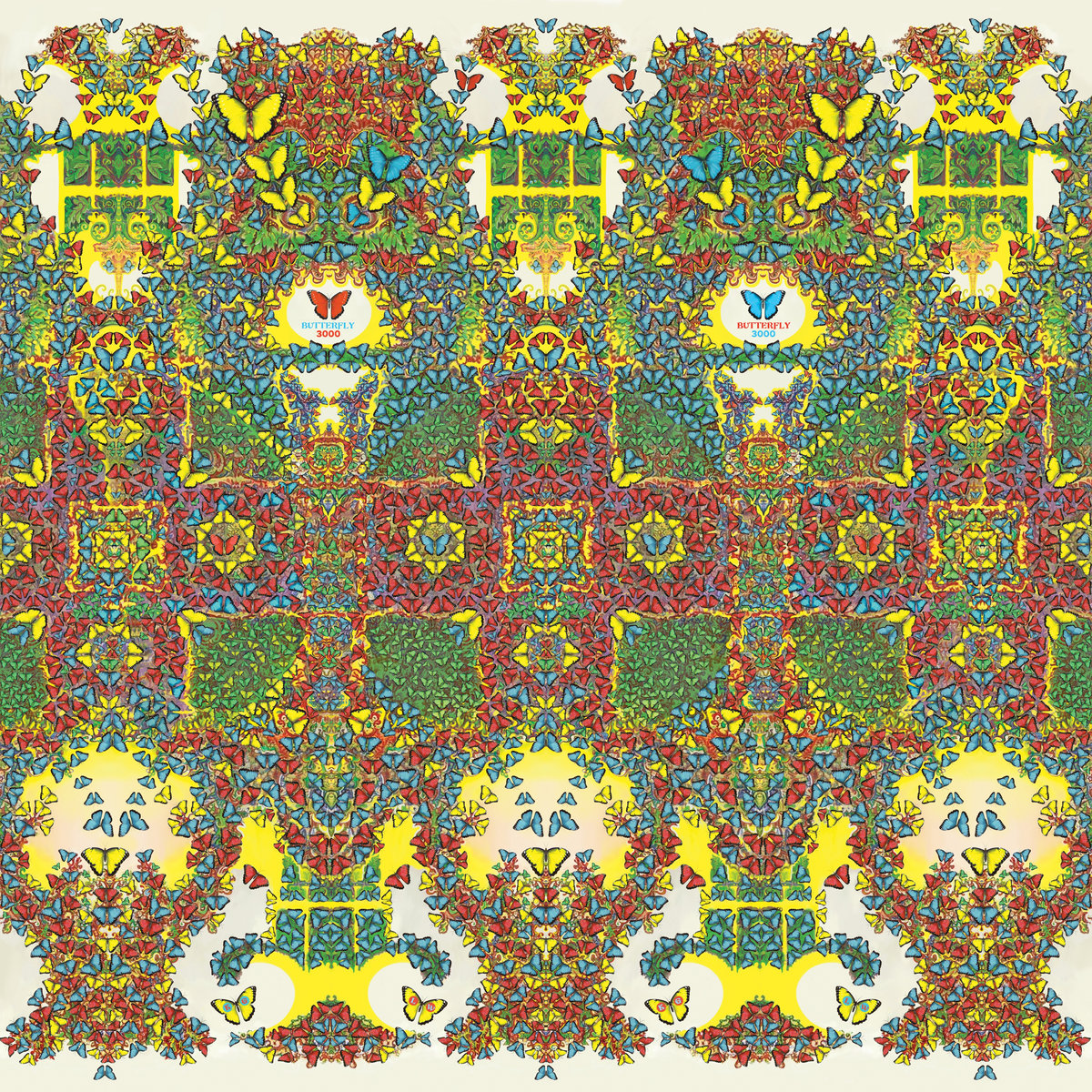 It’s no secret that I’m a huge fan of the omnipresent Melbourne psych rock institution that is King Gizzard & The Lizard Wizard, but as we’ve entered the warmer months of 2021, I found myself a little bit disappointed with my seven (Eric still counts to me, dammit) Australian dads and their relatively uninspired recent offerings. INFEST THE RATS’ NEST would be a difficult record for any band to follow, but the COVID-19 era found King Giz returning to the well of microtonal tuning on the twin records K.G. and L.W. for diminishing and diminished returns, respectively. For the first time, on their 16th and 17th studio albums, the most prolifically creative band in the world sounded like the tank was nearing empty. This is why it brings me great pleasure to report that BUTTERFLY 3000 is a sterling return to form for the Liz Wiz, proving that the band has not yet exhausted themselves of fresh, unexplored musical territory. BUTTERFLY 3000 finds King Giz dabbling more concertedly with synthesizers than they ever have before, returning to the more laid back and melodic approach of records like PAPER MACHE DREAM BALLOON with a far groovier, clubbier, and more electronic edge. The record is written almost entirely in major keys, and seems most concerned with simply giving listeners a fun and danceable album experience, perhaps the sunniest album that the band has ever released. Every track on the record brings its fair share of thoughtful songcraft and immaculate curation, but the album peaks with a Devin Booker-like heat check from tracks four through six, culminating in a true King Giz all-timer in the dynamic and radiant “Catching Smoke.” At a time when King Giz was most in need of a bounceback, BUTTERFLY 3000 is the ideal shot in the arm, a delightful and easily relistenable record that will feature prominently in the soundtrack to our once-again-fun summer. [Jacob W Martin] 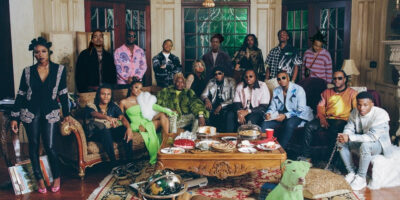