I’ve been thinking about BRAIN AGE on the Nintendo DS a lot. I found my old DS and played it a bit, reminiscing as I worked my way through the practice games and daily training. Playing it now, it’s easy to see how BRAIN AGE was a uniquely Nintendo game, an odd combination of play and genuine research in neuroscience who’s greatest legacy now might be the game’s mascot and primary visionary’s depiction as the literal devil . As fun as the game was, what stands out now is the game’s execution of sudoku. In the midst of all the action games and sidescrollers populating that early DS release schedule, it was nice to just sit back and crunch some numbers. It made you feel smart (and was supposedly good for your brain), while still releasing the serotonin that comes with the accomplishment of beating a game. MURDER BY NUMBERS is a similar odd combination, with a unique fusion of point-and-click mystery visual novel and puzzle game. It has many of the quirky and charming elements that made BRAIN AGE great, but the lack of variety in its puzzles holds it back from being as essential.

MURDER BY NUMBERS follows Honor Mizhari, a television actress famous for playing a detective in the 1990s, who’s mistaken for a real detective by a robot named SCOUT. After Honor is framed for the murder of her show’s showrunner she teams up with SCOUT to clear her name. This mystery functions as the first chapter of the game, with additional mysteries adding on new puzzle mechanics and stories following the duo’s exploits. 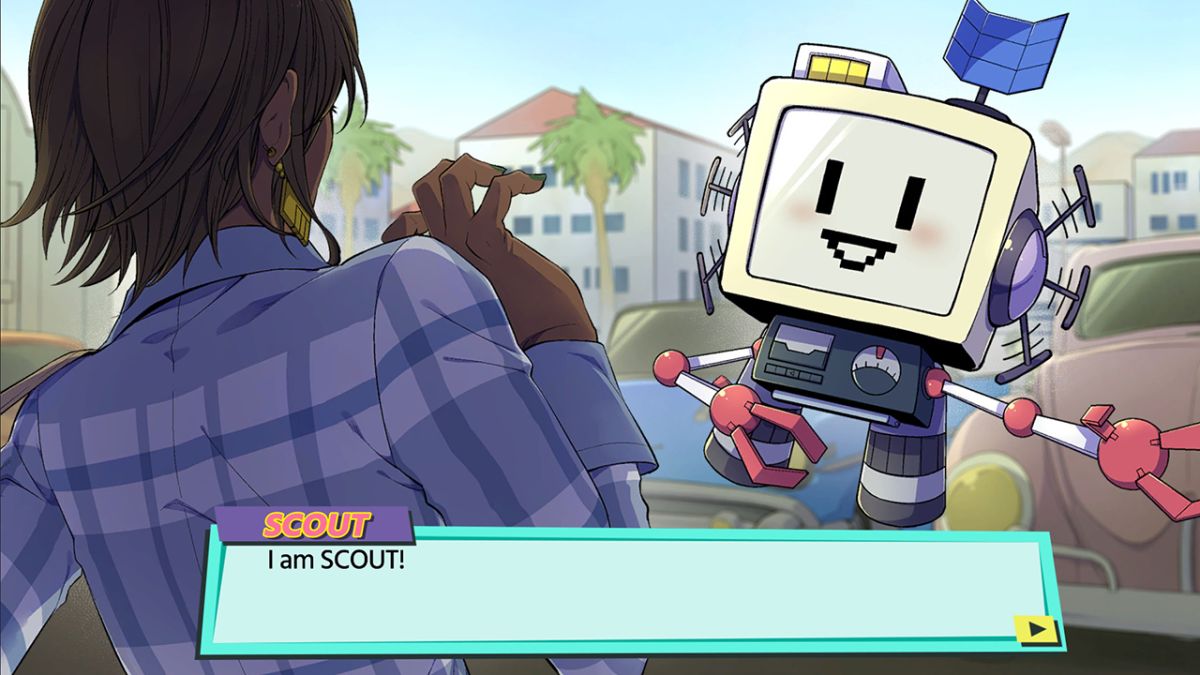 I just want to hug him so bad!

The gameplay is almost entirely number puzzles, namely Picross or nonograms. For the uninformed, they’re usually a 10 by 10 square, horizontally and vertically lined with numbers. The player colors in that many numbers to create an image. This might sound easy on paper, but it gets difficult fast. Each puzzle takes around 10-15 minutes to solve, and you run into a different puzzle fairly often, which can get exhausting. The other component of the gameplay are “interviews.” You can talk to and interrogate characters to get more information about the case. This is a much smaller aspect of the gameplay, but it allows for some funny interactions and characters to add color to a game primarily composed of grids of numbers. 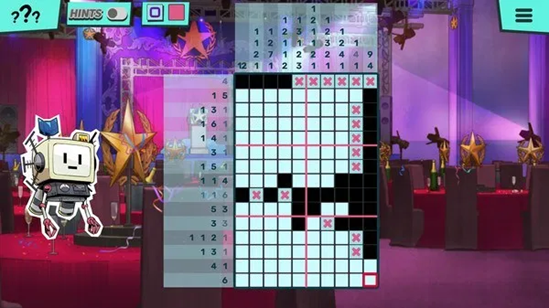 An example of not only the gameplay, but also of the numbers that will murder you

The story is fun and goofy overall, with outsized characters in the style of PHOENIX WRIGHT: ACE ATTORNEY, but the Picross gameplay really starts to drag the further on you play. This means the game is best enjoyed in short bursts, as longer play sessions show the limits of that repetitive gameplay. But with that arrangement, it really can be an addicting and enjoyable game and in some ways, a much better fit for a pocketable iOS or Android experience. The difference between MURDER BY NUMBERS and the execution of any other mobile game is that it has a better story, more engaging gameplay, and isn’t asking for money or for you to watch an ad every 10 seconds. Beyond its structure and the rhythm of play, the puzzles work well to express the detective story. When you solve a Picross puzzle, you can view a piece of evidence you found, which contributes to your solution for the case. The Picross puzzle itself is sort of a metaphor for television detective work, piecing together disparate pieces of information to solve a larger related question. If you love number puzzles and you love a good murder mystery, this is the game for you. Number puzzles? Murder mystery? The 1990s? This might be the first video game my mother would enjoy. 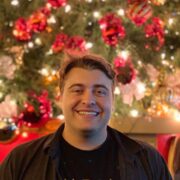