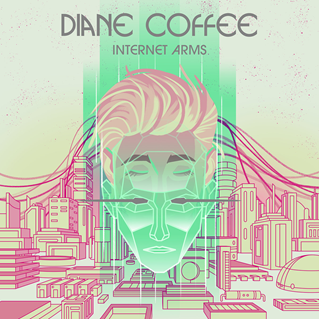 Rarely, if ever, is it a meritable idea to base your album around themes of technology and the internet age. If entirely confined to the pursuit on a conceptual level, a la vaporwave, sure, maybe, but I’d wager you could count anyone who’s ever made a clever lyric about technology in the history of music on one or two fingers. That’s what’s most obnoxious about INTERNET ARMS; extremely awkward and clunky lyricism is either exacerbated by milquetoast, vaguely futuristic synthpop or manages to hold back the occasional appeal of the production (“Doubt”): “Ain’t no problems in my simulation / A state of vegetation / In my personal isolation / Ain’t no worries in my simulation”… not great! As for the music itself, Shaun Fleming clearly has an affinity for the glam idols of yore (as boring as the reference may be, there are moments here that sound directly cribbed from affectations Mercury and Bowie did decades previously), but often filtered through a post-Passion Pit and Neon Indian delivery. To be fair, Fleming is the most engaging aspect of INTERNET ARMS, and there’s enough agency and presence here that I’d wager he’s commanding on stage, but it’s hard to shake the feeling that this more slick, kitschy electronic aura is a stop-over playground trick, not a fully realized artistic vision. I have no doubt Fleming will move on to the next pet sound in future albums, but why fill up with finger food when you could instead enjoy full-course meals from an act like These New Puritans? That said, “Stuck In Your Saturday Night” is very pleasant, somehow managing to reference city pop and The War on Drugs chord progressions in equal measure. Anyway, next! [Thomas Seraydarian] 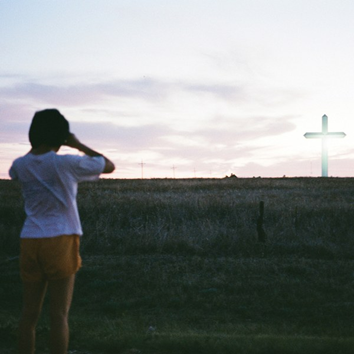 Favorite Tracks: “Blankets,” “A Bathtub In The Kitchen,” “Carmen Isn’t Coming In Today,” “Her With The Blues”

There’s a learning curve associated with Craig Finn’s solo work. The raucous, freewheeling energy that floods and defines most releases by The Hold Steady becomes replaced with tamer, slighter and, at times, more nuanced production, giving even more focus and emphasis on Finn’s very specific brand of storytelling and songwriting. For most, Finn’s solo work is respectable, albeit a far atmospheric shift for fans of his band—that was especially true of 2017’s WE ALL WANT THE SAME THINGS, a calm-amidst-the-storm record that attempted to be a Midwest rallying cry meant to unite and not divide us. Little did he know that cry was already being drowned out, which makes I NEED A NEW WAR all the more fascinating, a record that at times feels as though Finn is going back through his past. Right off the bat, he begins down-and-out opener “Blankets” with “I met her at a race track / It was right before some concert,” and you can’t help but wonder if this story is in any way entangled with the same race track party explored on choice Hold Steady cut “Chips Ahoy!,” the burnout followup that tends to come once the party has ended. The same could be said of “Indications” being a come-down reflection of “Your Little Hoodrat Friend,” who despite making Finn sick amidst the endless party, now seems somewhat pathetic, even sympathetic. That becomes a frequent point of songwriting for Finn on I NEED A NEW WAR, characters that traditionally are held in some kind of esteem, or at the very least interest, are held at arm’s length this time around, either romanticized in a kind of tired nostalgia or genuinely found to be somewhat pitiful. “A Bathtub in the Kitchen” in particular is a soft, sputtering synth track, a sleepy memory of New York and youth that has Finn conclude: “That’s the funny thing about people moving into big cities / Spend so much time trying to turn it into their tiny town.” Francis, Carmen, Anne Marie & Shane, even General Ulysses S. Grant, all downtrodden characters in Finn’s cast of characters searching for meaning in ways that he seems hesitant to praise. It’s his most interesting solo release yet, as plodding as WE ALL WANT THE SAME THINGS but much bleeker; while it’s great to hear the down-and-out race track junkie be the hero, it’s sometimes equally interesting to hear their fall. [CJ Simonson] 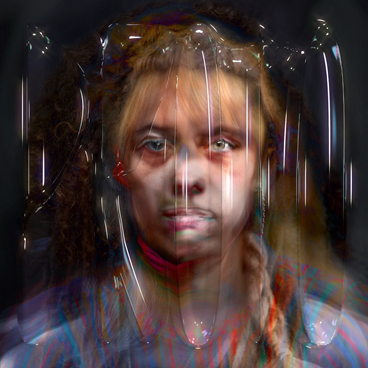 A lot of artists tend to call albums their babies, but no one is more authorized to use that terminology than Holly Herndon. For her third studio album, Herndon and her husband, Mat Dryhurst, created an AI program called Spawn that listens to audio, analyzes it, and regurgitates it into reimagined original works. Spawn was first introduced to the world on the record’s lead single, “Godmother.” After listening through Jlin’s back catalogue, Spawn was tasked with composing an original piece approximating what a new Jlin track would sound like. While undeniably inhuman and a tad too rigid, “Godmother” is one of the better cuts on the record and a testament to how far this technology has advanced in such a short time frame.

Herndon is the first to tell you that this technology is still very much in its infant years, saying in a corresponding statement: “Amidst a lot of misleading AI hype, it communicates something honest about the state of this technology; it is still a baby. It is important to be cautious that we are not raising a monster.” Take “Crawler” for instance, a track, true to its name, in no rush to reach its destination. It opens with a quasi-organic soundscape that sounds like a jungle on some faraway planet inhabited by computers before getting a little too lost in the weeds, layering heavily warped and synthesized vocals atop one another. And while its runtime is a minute or two too long, “Crawler”’s final 60 seconds are the most hauntingly mesmerizing on the project, weaving a Spawn-assisted choir together to chant, “Why am I so lost,” in unison.

Vocals may be the focal point of the record, but Herndon’s production is truly out of this world across the album. The bass and drum programming on “Frontier” rip attention away from the choir’s banshee screams and chants. “Alienation” is a punishing wall of sound so enveloping it feels like you’re at her live show. But PROTO peaks on “Eternal,” without a doubt one of the year’s hottest tracks. Capable of turning a festival dance tent to flames or clearing it out all together, depending on the crowd, “Eternal” takes full advantage of Herndon’s choir, bending their voices to play just about every instrumental component you could imagine while hammering every last slimmer of sonic space left in between with a barrage of synths, strings, and drums. It’s also one of the few tracks where the vocals are mostly decipherable, offering a glimpse into the vast beauty buried deep under the album’s surface, “Physical love / Right in front of my eyes / Oh, oh, love / How is it possible?” Herndon’s discography is teeming with amazing tracks, but “Eternal” is sure to make her classmates at Stanford more envious than all the rest. [Ryan Moloney] 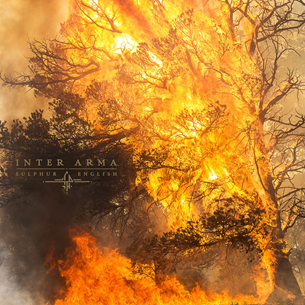 First and foremost, SULPHUR ENGLISH deserves credit for being about as solid a metal album as can be across the board. For the more casual listener that’s not scared away by the presupposed facets of the genre, the riffs are meaty, the progressions are technical without being esoteric and inaccessible, the guitar work avoids death metal’s occasional forays into squealing wankery, and the drums manage to diversify themselves apart from the standard onslaught of blast-beats. Now then, if you’re a friggin nerd, there are some mild qualms to be had, but it’s all so highly subjective I can’t reasonably knock Inter Arma down in a more general sense. The atmo-black tags were what originally had me interested in the project, but there’s barely a tremolo pick in sight, and things consistently fall on the death doom side of the spectrum. Unfortunately, death doom is one of my least favorite subgenres due to the Satan-belch vocal stylings and the gray area of the tempos (typically more ponderous chords but with double-time bass-pedal work), but thankfully, the vocals on display are quite diversified, with a wailing banshee screech (more my shit) regularly accompanying the downtuned throat-work, topped off with the occasional tribalistic chant done in a clean style. The band is at its best during the long-form tracks, as every element of the band’s admittedly impressive vision gets its time in the sun, but there’s not a single weak track on here, and it’s the rare semi-hyped metal release where “progressive” doesn’t translate to “exceptionally lame.” Probably not a crossover hit, but for any of those invested in 2019 metal as far as a cursory Google search will take you, this is likely the best album you’ll find thus far. [Thomas Seraydarian]