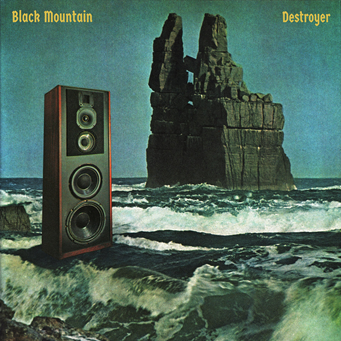 I have no axe to grind with Black Mountain, although I’d be hard-pressed to find a band that’s been around for as long that has ultimately made quite as little impact on the music culture from either a macro or a micro level, 10th Anniversary reissues of their debut be damned. DESTROYER is, for whatever this is worth, the best album the band have had in several years, leagues ahead of the bloated mess of 2016’s IV. The Pink Floyd influence on that album (which you could hear obnoxiously well on songs like “Defector” or the hopelessly proggy nine-minute closer “Space to Bakersfield”) was ill-fitting experimentation, mostly because the group’s status as a quote-unquote metal act always existed in equal measure with their status as a psych rock outfit, and IV mostly abandoned the former with cleaner production and a pivot in sound altogether. With DESTROYER, the group go back to primitive basics, using similar building blocks as their self-titled debut—massive sounding and crunchy guitar riffs, sludgy builds, and the kind of metal tropes that have influenced a generation of Ty Segall types and gotten Sleep to a master status. The slickness of IV is mostly gone in favor of hiss-ridden but straightforward stoner rock, anchored by the group’s Black Sabbath edge, which is back in full force; Stephen McBean’s Ozzy impression is frequently commendable, particularly on anthemic opener “Future Shade” and the colossal fire breathing start to “Horns Arising,” and when asked to play the role of devilish showman, he does it well, like on the formidable, ascending epic “Boogie Lover.” The pop turns on DESTROYER are much more suited to their current strengths, and when the group wants to deliver hellish dancefloor stomps, like highlight “High Rise,” they do it comfortably. If you’re a fan of Black Mountain, this is among their better work. If you can take or leave their brand of neo-psychedelia hard rock, at eight songs this is certainly some of the band’s more consistent tonal output, but 15 years into their career they’re not exactly changing hearts or minds. [CJ Simonson] 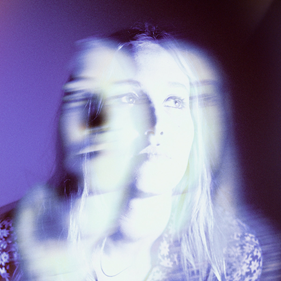 Favorite Tracks: “Without A Blush,” “Her Own Heart,” “Secret,” “Stay With Me”

Listen carefully. Do you hear it? Softly, from message boards and social media, growing just a bit louder every day, is the sentiment that Hatchie’s highly anticipated debut, KEEPSAKE, is maybe, just maybe, a little bit of a disappointment. To be fair, 2018’s EP SUGAR & SPICE captured our attention with such commanding force that any follow-up was bound to have its work cut out for it, and to be emphatically clear, KEEPSAKE is still Good. But in one of music writing’s most uncreative cliches… there’s just something slightly off here that’s hard to put a finger on. Now look: Of course there are still returns to be found in the record’s pitch-perfect callback to the dream-and-jangle pop greats of yesteryear—Cocteau Twins are the obvious point of comparison, although the less-hailed British act the Sundays also rear their influence at several points over the album, as well as Lush and Mazzy Star. But there is just the slightest sense of more rote recitation here than combing through what worked at the highpoints of the ‘80s and ‘90s and adding a strong authorial twist. In other words: this notably lacks the hooks of SUGAR & SPICE, and slightly stumbles for it. In addition, it’s worth trying to circle around the fact that as presented here, a lot of the aesthetic signifiers of KEEPSAKE’s influences are what we remember about tracks, a specific keyboard tone here, a cavalcade of reverb there, as opposed to songwriting stripped of any production flourishes. But to only compare the album to what came before is still to unfairly turn yourself off to its undeniable pleasures, and the stellar synthwork and longing melodies of “Without A Blush,” the pastoral, lilting, lightly psychedelic mixing of “Her Own Heart,” and the slightly more straightforward pop leanings of “Secret,” steadily building in tension and almost namechecking Michelle Branch in the crunchy bite of its chorus, all deserve commendation in their own right. There’s nothing over the course of KEEPSAKE to suggest that Hatchie’s time in the spotlight is undeserved, but we’ll all be curiously attuned to see if future efforts will coast on an affable sense of “remember this” or bring back the singer/songwriter heat that made us fall in love. [Thomas Seraydarian]

Jai Paul: Ramblings About What Could Have Been