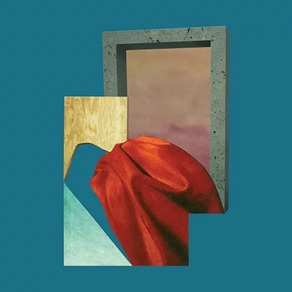 Favorite Tracks: “John Cage,” “There’s A Hole In My Heart”

If 1992 was the year punk broke, then 2018 is going down as the year lo-fi house music broke. At the forefront of the phenomenon was Ross From Friends, a Flying Lotus-besotted British kid with a Gus Dapperton haircut who makes dance music that couldn’t be more dissimilar from what’s happening on DIRTYBIRD. “John Cage” was the weirdest bop of the year, but was also the track that got everyone dancing at the parties it was played at. I think lo-fi house will realistically go the way of lo-fi hip hop, becoming more of a niche YouTube rabbit hole than a developed and long lasting art movement, but I am also sure that Ross From Friends will be the Tomppabeats to his peers’ forgettable study playlist staples, the producer whose one-of-a-kind and emotive work embraces the protocols of the fad without submitting to its more forgettable aspects. Even if lo-fi house doesn’t stick around for much of 2019, we needed unpretentious dance producers like Ross in a year with a lot of disappointment to boogie ourselves clean from. [Ted Davis] 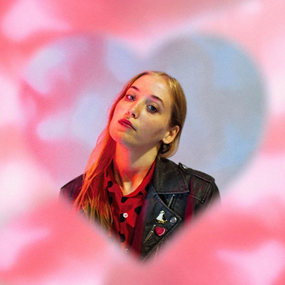 You sit down right now and press play on “Sure.” If you’re not completely swooning by the 1:30 mark, I’m not really sure we have anything more to say to each other. It’s unfortunate that a handful of year-end lists have made the mistake of looking past this slice of Heaven from newcomer Aussie talent Harriette Pilbeam, so perfect and effortless a callback to the Cocteau Twins heyday of dream and jangle pop that it could have easily slid in as a standout at the time. As big and bright as they come, SUGAR & SPICE demonstrates Pilbeam’s already-formidable capabilities when it comes to crafting hooks, virtually each and every lick an instant earworm. With a voice that impressively carries a presence and personality despite dreamily floating above the warm, amicably blown-out morass of the instrumentation, SUGAR & SPICE is the soundtrack to all the sunset summer drives you’re going to have in roughly six months time. It’s a love letter to all the bands we love to (rightfully) mythologize from the ‘80s and early ‘90s (Depeche Mode on “Sleep,” My Bloody Valentine on “Sugar & Spice”), with enough authorial wherewithal to add a modern, chillwave-adjacent sheen to the proceedings, hazy and just-stoned-enough for the Neon Indian crowd to groove to as well. All in all, it’s a complete and utter delight, and for my money, it was the year’s best EP. [Thomas Seraydarian] 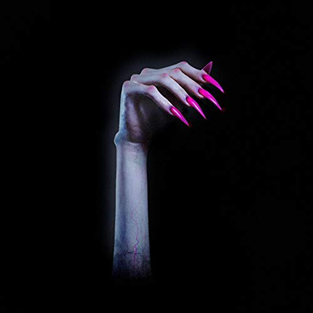 Favorite Tracks: “Tell Me It’s A Nightmare,” “Close Your Eyes,” “Turn Off The Light (featuring Elvira, Mistress of the Dark)

It’s amazing to me that every year musicians will remake the same handful of Christmas songs that we’ve heard a million times even when absolutely no one asked. In 2018, Kim Petras took a stand and released an innovative spin on holiday music: a Halloween-themed EP. TURN OFF THE LIGHT, VOL 1 is everything you could want out of Halloween music. It’s got fun dance beats layered under incredible pop vocals, a feature from Elvira, Mistress of the Dark, and as a special surprise, Petras sings in German (for sure one of the spookier languages out there). Her music is high energy, ultra-femme, revamped bubblegum pop, and Petras’ voice is a unique one, with a tone that’s so sweet that it could be easy to miss her vocal prowess. Each single and EP she’s released have proved she has studied the canon of pop music and is willing to simultaneously channel and push back against it. If TURN OUT THE LIGHT, VOL 1 is any indication is what Kim Petras is capable of, I can’t imagine what a full-length project from her is going to look like. [Amanda Ball] 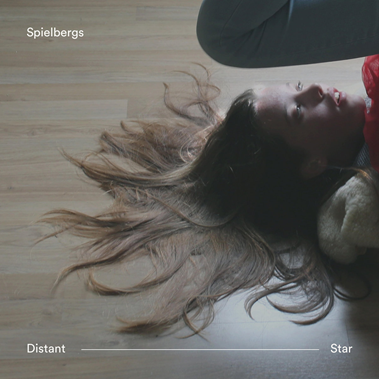 Favorite Tracks: “We Are All Going To Die,” “Distant Star”

Spielbergs’ 2018 EP sounds like if the Japandroids, Superchunk, and Cloud Nothings formed a band that plays at cocktail lounges and mid-scale dive bars on Wednesdays and the odd Tuesday. You feel like you’ve stumbled onto something that, by any regard, is too big for the venue—something great, something gold. They are so good, and it’s crazy no one else in the room seems to notice there’s a band playing, other than the 65-year-old couple in a distant booth that chooses The Pink Flamingo as their weekly date night to still keep that spark going. Only, the more you listen, the more you realize it really is because it sounds like house-wine Japandroids, except this sound is new to them, and much like that wine that’s gathering dust behind the Miller Lite taps, you know it’s just going to get better with time. DISTANT STAR, the group’s debut EP, is the sort of new music that gets you excited to see where the band will go— you want to root for them, because this really is just damn good. Spielbergs’ fun and mobile post-punk, modern rock sports bangers like “We Are All Going to Die” and “Distant Star” make you want to get up and dance—maybe even join a mosh pit because they spark a vitality within you that you didn’t expect to find on a Tuesday night at The Pink Flamingo. Having only released this EP’s-worth of songs, Spielbergs are primed for a big hit come their next album, when we’re lucky enough to get one. They have the sound, they have the inclination, and as exemplified on DISTANT STAR, they are poised to arrive, guitars swinging, onto the indie rock scene in a big way. [Tapley Eaton] 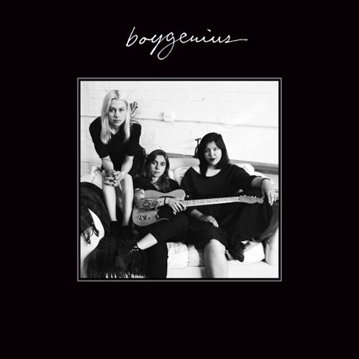 Nothing gets a music dork as sweaty as a frat bro drafting his fantasy football league than a power-collab of artists making a supergroup recording. The synthesis of fresh-faced indie darlings Julien Baker, Phoebe Bridgers, and Lucy Dacus is almost too good to be true. I would insert a “most ambitious crossover in cinematic history” meme, but BOYGENIUS actually sounds less like a union of different budding indie heroes and more like the firing of synapses that were forming between neurons in the same brain all along. The three singer-songwriters’ paralleling careers validates the artistic harmony of boygenius, and buttresses their self-titled fortress in a collaboration reminiscent of 2016’s CASE/LANG/VEIRS. Together, their kindred souls reflect and complement each other. Bridgers’ dark wit becomes cleverly arranged with Dacus’ internal rhymes and structural poeticism; Dacus’ distorted, soaring guitar is grounded by Baker’s contemplative banjo and mandolin; Baker’s emo-tinged belt is softened by Bridgers’ dulcet croon and bolstered by Dacus’ steady, impenetrable serenade. The collaboration proves the three as marrow from the same bone, and this EP exudes an unpretentious solidarity without falling to deference or tropes of Girl Power™ femininity. Instead, they pass verses off from one to another until the lines can no longer be blurred, at which point their voices melt into hymnal coalescence as a wall of rock production explodes behind them. Opener “Bite the Hand” particularly distinguishes this event, the trio echoing a fear of love: “I’ll bite the hand that feeds me . . . Bite the hand that needs me.” By the end, the loneliness of BOYGENIUS wanes into the confines of a tour van in “Ketchum, ID,” quietly reflecting on the inevitable physical and emotional distance of touring musicians: “I am never anywhere / Anywhere I go / When I’m home I’m never there / Long enough to know.” If this EP is any indication of the group’s congeniality, let’s hope boygenius continues to keep each other company. [Sienna Kresge]