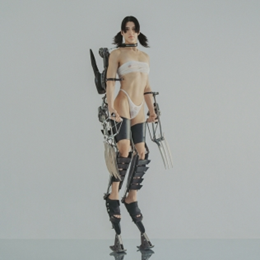 In the past few years there has been an increasingly grey area established between experimental and pop music. Artists like 100 gecs, Dean Blunt, and Oneohtrix Point Never have all found their own unique ways to make singular and mind-boggling music while still carving a place for themselves in mainstream media. Arca, like all of the aforementioned artists, has managed to exist within the zeitgeist while still creating music that is both monstrous and confusing—a Latinx nonbinary trans woman, she has emerged as a pop star whose sheer popularity is a testament to the betterment of society, breaking out and popularizing a niche of likeminded artists helping to redefine LGBTQ+ music for the modern age.

KICK, I is Arca’s most accessible album yet, even if it’s still a baffling journey through a dizzying synthscape only a genius producer could fully unravel. While many people became aware of Arca because of collaborations she appeared on (FKA twigs, Kanye West), her latest is the first time we see collaborators take the spotlight in her own work. While it is inspiring to see a diverse cast of groundbreaking creators on KICK, I, the record rarely sounds like anything that her guests have previously been involved with (the main exception to this is the track “KLK” on which ROSALÍA and Arca present listeners with a song that sounds like her guest’s 2019 reggaeton banger “Con Altura” amped up on Red Bull). Puerto Rican influences emerge on the track “Mequetrefe” which has a digital ambience that recalls the work of Ridgewood deep reggaeton newcomer DJ Python. An eclectic array of sounds come through on the tracks “Time” and “Machote”; the former sounds like a bubblegum pop cover of a Gang Gang Dance track, while the latter recalls peak sad boys-era Yung Lean. The record’s highlight, however, comes halfway through the album on the track “Afterwards,” on which the elusive Björk makes a “Possibly Maybe”-esque appearance. This track sums up who Arca is in a nutshell: a musical force only six years into releasing music who can still get one of art’s most celebrated voices to literally leave her isolated archipelago south of Iceland to appear on a four-minute track that isn’t even released as a single. KICK, I is the rare record that employs mostly electronic production in a way that sounds as improvised as a dusty Albert Ayler performance. While the creation of the album was clearly meticulous and thorough, Arca manages to make a record that exists at the intersection of politics, pop, and the amplification of LGBTQ+ culture sound like it was recorded in one effortless, 38-minute sitting. [Ted Davis] 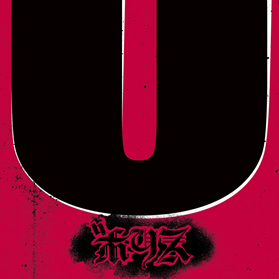 As controversial as it may be, I’m of the general belief that the best bet for acts in the later portion of their career is laying off the gas, lest they run into the murky waters of a Mark Kozelek or Guided By Voices situation. Having not failed to release new music every year since 2011, and oftentimes more than one release at that, Boris unfortunately began to fit the bill of stretched-thin mediocrity over the course of their past handful of outings, 2017’s DEAR the only album that stood out in any capacity, and in a very mild interpretation of standing out at that. But to their credit, even if things have occasionally landed in a tepid gray area, they’ve never grown stagnant, as anyone who recalls their early ‘10s fascination with J- and dream pop can tell you. Thankfully, with the relatably-titled NO, Boris have shown both an affinity for new tricks and a commitment to making those new tricks as bombastic as possible. Tapping into a punk edge that the band perhaps hinted at with their more noise rock-leaning outings but never fully embraced, we’re used to hearing Boris heavy and loud, but we’re not used to hearing Boris explosive and short-fused. Ripping out of the gates with a surprising amount of vivacity considering they’re no longer spring chickens, drummer Atuso demonstrates an impressive amount of spunky physicality, Takeshi and Wata trade squalling garage punk riffage, and the vocals wander from throat-razingly raw to gang-style communal spout-offs to NO CONTROL-era Bad Religion. Of course, they can’t help but return to the sonic stylings of the band that was their namesake, and “Genesis” and “Zerkalo” are both slices of Melvins worship as commendable as anything else we’ve heard from Boris over the course of their storied career. But while that’s all well and good, it’s “Loveless” that serves as the most striking selling point of this version of Boris, a pinnacle of barbed-wire energy, OG hardcore intensity, and songcraft that strikes the perfect middle ground between their formless tidal waves of distortion and NO’s penchant for giving it to us quick and dirty. I doubt we’ll hear this exact kind of release again from Boris, but for those looking for a pleasant surprise, look no further. [Thomas Seraydarian] 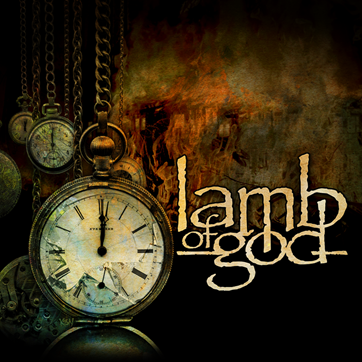 Randy Blythe, the frontman and most talented member of Lamb of God, said he is inspired by punk rock and does not consider himself a metalhead. In the same interview, he also says that one of his favorite bands is Corrosion of Conformity, specifically their earlier crossover thrash work like ANIMOSITY and EYE FOR AN EYE. I am also a huge fan of CoC, but my favorite records are DELIVERANCE and BLIND, where they wrote more melodic and sludgy riffs while ditching the tinny production that hampered many thrash records from that time; it was those realizations that helped me to explain my general apathy toward one of the most popular and critically acclaimed of the 2000s’ wave of heavy metal. Blythe’s punk rock influence results in songs that are trying to work for the mosh pits, but their music isn’t quite heavy or instantaneous enough to work like Hatebreed or other metal-punk crossover bands, and it’s neither melodic or as well-structured as the period of CoC I like.

With all that said, I do think Lamb of God have gotten better with time and I’ve quite enjoyed their self-titled 10th record more than perhaps any of their previous work. There are more drum fills trying to make up for the pinging snares and constant double-bass drumming that gate the mix and prevented me from enjoying earlier works like SACRAMENT and ASHES OF THE WAKE. Breakdowns aren’t as plentiful and are thus more impactful when they do happen, and there is an increase in the amount of speedy, galloping riffs on tracks like “Gears” and “Bloodshot Eyes” rather than slow chug-a-chugs. Blythe is still a charismatic and unique screamer who can go for guttural growls and high-pitched shrieking, and furthermore his punk rock influence translates to the lyrics—while political writing is not rare in metal, Lamb of God bring more poeticism, populism, and specificity to it than most. “Memento Mori” tackles the downside to technology in a more tasteful way than Nightwish on “Noise,” while the first verse of “Reality Bath” brilliantly captures the psychological fallout of school shootings. Most impressively, “Routes” is a screed against the Dakota Pipeline (inspired by Blythe’s own experience at Standing Rock) with a guest feature from Chuck Billy, lead vocalist of Big 8 thrash band Testament and a proud member of the Pomo tribe. While it’s unlikely to change anyone’s mind about the band, Lamb of God continues to build on the best aspects of 2015’s STURM AND DRAG, and their surprisingly successful approach to politics proves they are still trying this deep into their career. [Blake Michelle] 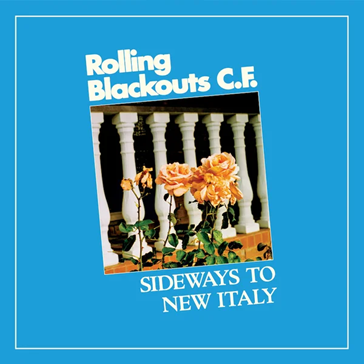 Favorite Tracks: “She’s There,” “The Only One,” “Not Tonight”

We’ve made it known around these parts how much Rolling Blackouts Coastal Fever are a staff favorite, their jangle pop-meets-jam energy a welcome update to vintage Down Under indie acts like The Go-Betweens or Felt. By most metrics SIDEWAYS TO NEW ITALY checks all the boxes for a satisfying follow-up—they’ve come a long way from TALK TIGHT just on an aesthetic level, a noticeably focused and tighter rhythm section coming through on their latest. But while I much prefer a lot of the individual songs on SIDEWAYS TO NEW ITALY as compared to their full-length debut, HOPE DOWNS, I can’t say it’s by any stretch discernibly better or worse, merely more of the same from a pretty singular band in the indie rock scene right now. At the end of the day the groove of “Not Tonight” simply speaks more to me than the deeply similar structure of “Sister’s Jeans”; it could be argued that that deja vu makes or breaks SIDEWAYS TO NEW ITALY, which has very few truly new ideas, but I don’t think you go to a band like Rolling Blackouts Coastal Fever for new ideas when they’re mostly the only act in town doing this schtick right now anyway, which lets the album slip by of most nitpicky criticism. There are bands who can deliver on amped-up rock songs with big hooks, multiple visceral, simultaneous guitar parts, and a unique sense of carefree exultation, but the number doing it at this high a level is pretty small and that alone makes SIDEWAYS TO NEW ITALY a worthwhile and joyful listen in times as strange as these. [CJ Simonson]