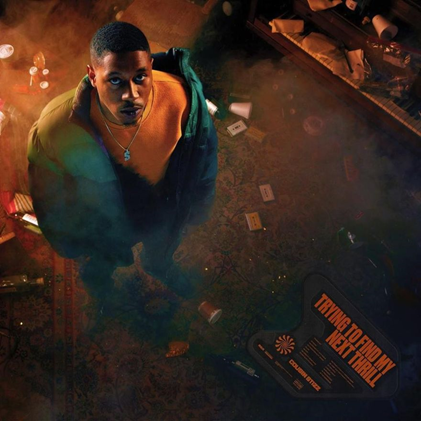 Cousin Stizz – TRYING TO FIND MY NEXT THRILL

Cousin Stizz has, up to this point of his career, rode the interstice between underground East Coast cult status and that of establishing a larger mainstream position. On hist latest, TRYING TO FIND MY NEXT TRILL, he solidifies his strengths, honing a keen ear for sluggish trap beats and hooks through biting bars and potent lyricism. Stizz’s rapping style is defined immediately by his laidback bravado and cool-as-ice demeanor. During tracks such as “Traumatize,” where Stizz delves into his doubts and lifelong struggles he has faced, he reveals these demons with a surprising level of level-headedness: “I’m traumatized, everything I’ve been through … Shit around me, seasons change, but we never change / we all see the rain, pray for better days.” What cousin Stizz does, he does well and with a level of technical proficiency and obvious talent, yet there is very little change from track-to-track in terms of level of energy or change-ups of flow, which paired with well-produced but less-than-bombastic instrumentals make the album feel far longer than it is, and results in it running on fumes by the end. The features often help serve as a welcomed respite from some of Stizz’s weaknesses in regards to either lack of energy or blandness. The shining example of this is on the Freddie Gibbs-assisted track “Toast 2 That,” where Gibbs’ far more gravelly vocal range and speedier flow contrasts well with Stizz. TRYING TO FIND MY NEXT THRILL ultimately feels lacking in direction, with its 14-track length feeling far longer by the end of its runtime. If one can get past Stizz’s sometimes low-energy flow, there are some standout moments, but this is less of an album to return to for a cohesive listen and more of one to comb through to find the favorites. [Will Turmon] 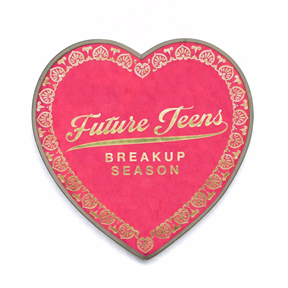 From the very first chords of “Happy New Year,” you’ll find that whatever emotional scabs you’ve placed over your scars in the sunny summer sun have ripped right off and it’s shaping up to be a sad, sad fall. In the Modern Baseball camp of emo, Future Teens focus more on tight arrangements built around power pop and pop punk-derived song structure and choruses, letting the lyrics shine. Thankfully, the Boston, MA band are a notable improvement on a good deal of what’s coming out of their peers’ similar camps, many of the couplets already jumping off the record as instant classics (“Happy New Year, you get the same old me / I don’t have the resolution to change a thing (“Happy New Year”),” “It feels hard enough / To come home and make myself sleep / Eat three square meals, wash my face, brush my teeth / And find a soulmate in which I don’t believe / If that means a lot well I don’t think it means it means it to me” (“So What)”, “I can’t fall asleep most nights / I loved your voice when you’re tired / The way we’d high-five every time we remembered / That all of our last firsts would be together” (“Swiped Out”)). Daniel Radin and Amy Hoffman split vocal duties here, Radin’s leads more downtrodden and searching, occasionally summoning a nearly forgotten memory of Empire! Empire! (I Was a Lonely Estate), while Hoffman typically hops on tracks that are a little lighter, more self-deprecating, and self-aware to an endearing point as opposed to an obnoxious one (“But if my memory serves me / Like my self-worth rarely does / This started just like the ending / Trying to play it cool enough / And leading with an awkward hug” (“Alone at a Party”)). It’s endlessly effective as a cohesive and cathartic experience, the perfect representation of giving a wry smile to your friends when they ask you how you’re doing the day following a night where you stayed up until 3 AM crying. Are there emo releases more challenging and ambitious this? Sure, but I, like many others, perhaps even you, dear reader, come to emo for that familiar sense of bittersweet melancholy, and Future Teens have made the anthems for the sunsets we have to look forward to for the rest of the year. [Thomas Seraydarian] 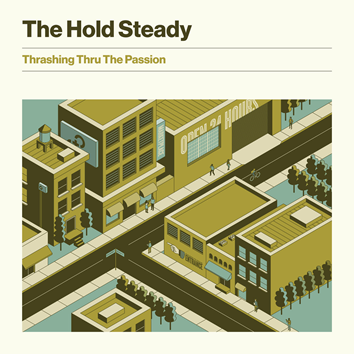 The Hold Steady – THRASHING THRU THE PASSION

Last we’d formally seen The Hold Steady, the year was 2014, and the band had just worked with producer Nick Raskulinecz to create TEETH DREAMS, what would be their most overwhelmingly mainstream rock sound yet. Generally an active rock producer known for tinkering behind the booth for acts like Foo Fighters and Stone Sour, it was an admittedly puzzling move that yielded an album as forgettable as most “rock” acts have been this decade. It didn’t feel like the end of the Hold Steady, per se, but the band’s window to achieve mainstream relevancy had closed in a brash, messy, late-career release that was in many ways admirable, but also a far cry from the ragged indie rock of their heyday. The past several years the group have been dinking and dunking random singles out via their Bandcamp, and THRASHING THRU THE PASSION is the culmination of those releases, an album coming five years after their last proper full-length. Even if it perhaps lacks a larger cohesion because of that release strategy, there was always something that made a lot of sense about the Hold Steady as a true “singles” band, and seeing as their most interesting late-period work (including some tracks on TEETH DREAMS) resided in great singular songs more than great albums, Finn’s brilliance as a three-five-minute storyteller remained unparalleled and is on display here. Unlike his solo work, THRASHING THRU THE PASSION feels almost relentlessly optimistic—his nasally voice reiterating “You did good kid, you did good kid” is that of a father patting you on the head—and while that’s mostly due to the band’s brighter pop hooks and full bar rock sound, it’s also because Finn’s having a lot of fun. Just the way he sets the scene of a motel room, as he does on “Denver Haircut” with a line like “A Residence Inn at the top of the exit / You pay the admission and here’s what you get / The stench of death in the credits / The montage set to the ‘Time of Your Life’” is a master flexing on his craft. Other highlights include the buzzsaw hum and brassy stomp of “Entitlement Crew,” the funky rattle of “The Stove & the Toaster,” and the layered part-ballad part-Blues Brothers-esque boogie “T-Shirt Tux.” This new record isn’t going to make any new fans of the Hold Steady, as you’ve either long ago bought into their style of wordy Midwest two-beer-deep storytelling or found it nauseating, but it’s a very solid late-career entry and a nice re-entry to the lower-stakes indie rock world. [CJ Simonson] 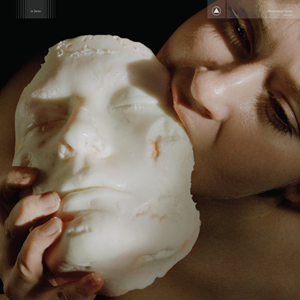 If you’re not already on the train, Pharmakon is absolutely an artist worth paying attention to, both because the heavily territorial, regularly violent and misogynistic boys’ club of noise, power electronics, and death industrial needs to be shaken up, and the fact that 2013’s ABANDON and 2014’s BESTIAL BURDEN are some of the most punishing aural nightmares ever committed to tape. However, DEVOUR seems like a release more suited for the already-established fan than the newcomer. A more minimalist outing than what we’ve seen from Pharmakon before, zeroing in on the looping, vaguely hypnotic repetition to be found in the classical, art scene-oriented industrial movement, listeners are more exposed to a creeping, persistent sense of paranoia and dread than an all-out, mind-melting assault. Best exemplified on the two tracks closing out the album, “Deprivation” is a masterclass in control of tension and dynamic, Margaret Chardiet’s Hellcat scream commandeering without overpowering the mix of jagged sine waves, ghostly synth wails, and a menagerie of noise mixing, tightening the screws so subtly you’ll be caught unaware by the choking finale. Meanwhile, “Pristine Panic / Cheek by Jowl” is a creeping Panos Cosmatos bad acid trip, a demonic ritual you’re locked in place to witness, gazing helplessly with no hope of turning away as you’re slowly lowered into a turgid pit from which there’s no return. However, while certainly offering rewards for those who’ve already cut their teeth on “extreme music,” it’s probably a little too ponderous, esoteric, and intricately challenging for the newcomer as opposed to the striking, parameter-shattering assault of her earlier catalog. [Thomas Seraydarian] 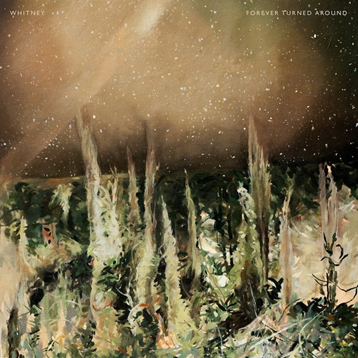 Favorite Tracks: “Valleys (My Love),” “My Life Alone,” “Friend of Mine,” “Forever Turned Around”

Loosely fitting floral print button-down shirt? Check. Shorts cut above the knee? Check. Cheap canvas boat shoes with no socks? Check. An inner forearm tattoo of a classic rock album cover? Check. Alright, now that my Chicago boy band uniform is assembled and ready to go, it’s time to talk about the newest release from perhaps the biggest current band from the 312: Whitney. Born from the ruins of Smith Westerns, drummer and singer Julian Ehrlich and guitarist Max Kakacek have returned with their anticipated follow-up to 2016’s LIGHT UPON THE LAKE, a memorable collection of bright and beaming country and Americana-tinged indie folk that featured plenty of catchy hooks and arresting melodies.

On their latest, FOREVER TURNED AROUND, the duo push themselves in a new direction while trying to remain largely the same. Still here to be found are the loosely swung rhythms, pleasant and breezy timbres, wistful slide guitar, and, of course, Ehrlich’s signature falsetto vocals that were pillars of their first record. But where LIGHT UPON THE LAKE was immediate, replete with material meant to be played loud and with the car windows down, FOREVER TURNED AROUND is more subtle, a slower and more introspective burn. The musical palette is subdued, but richly detailed and deeply rewarding for the more attentive listener. Yet another feather in the cap of perhaps the best producer in indie music right now, Foxygen’s Jonathan Rado, the album features tasteful and well-recorded piano, horn, and string arrangements front to back. On opener “Giving Up,” it becomes clear that the lyrical focus of this new record is more melancholic, starting things off with “Waiting for the morning sun / Are you coming home my love? / Tears are falling one by one / I can feel you giving up.” This is far from the only song on the record that deals rather intimately with the dying days of a relationship. “Valleys (My Love)” is an album highlight with one of the more memorable lines on the record, partially because of how it’s framed in the song as a central thought: “I feel like I’m holding on / To a place in your heart that’s long gone.” The title track closer is also worth mentioning, a track with a sort of shy bombast that belies a sad message: “Has your heart grown heavy by now? / ‘Cause mine’s already on the ground.” FOREVER TURNED AROUND is like the autumn to LIGHT UPON THE LAKE’s summer, perhaps not as immediately catchy or memorable, but with plenty to offer on repeated listens. Some may find it boring, or perhaps even inconsequential, but Whitney have done their best to deliver a more emotionally honest and personal record than their first, and their heartfelt sentiments never fail to shine through. [Jacob Martin]

IT: CHAPTER 2 Is All Bark and No Bite