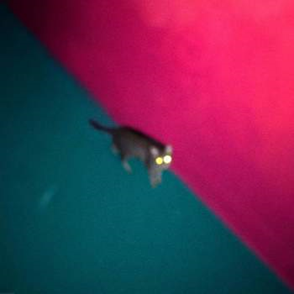 Dance-punk has always fascinated me, as it seems like an underdog contender for a genre inextricably tied to a specific time and place: New York of the early aughts. Designed for blown-out speaker systems in small, cramped, often illegal nightclubs, a ragtag group of broke misfits and would-be artistes fucked out of their minds, it’s been intriguing to see the career trajectories of the DFA, Warp, and (to a lesser degree) GSL sets develop over the years. But whereas acts such as LCD Soundsystem and The Rapture have regularly fallen into the breakup/comeback cycle and extended hiatus pitfall, respectively, !!! is somewhat interesting for staying consistent in terms of release schedule, their name commanding at least some piquing of interest each time. And guess what? WALLOP is appropriately consistent as well, albeit consistently fine. Despite what the rather uninspired album cover might suggest, Nic Offer and company are still capable of commandeering a dance track, although the jagged crunch of their early work is substituted for the nearly Matt & Kim-reminiscent, candy-coated cuteness of “Serbia Drums” or the Chromeo worship of “My Fault.” For the majority of WALLOP, the vocals are present and complement the groove, the drum programming is insistent and ass-shaking without being intrusive, and there are enough earworm licks and riffs to keep things fresh. And sure, for every forgettable track such as the lazy guitar-oriented beat of “Slow Motion,” there’s the swaggering snarl of “$50 Million,” building to a finale that sounds ripped right out of 2002 Brooklyn, or the ice-cold, Depeche Mode foot-tapping of “Domino.” Unfortunately, there are a surprising amount of guest appearances, credited or otherwise, who often ruin the flow of the track and/or the album at large (look no further than “UR Paranoid” or “This Is The Door” for this), which ultimately prevents this from being a solid recommendation, but for artists approaching the end of their second decade of relevancy, !!! isn’t quite on the cutting block yet. [Thomas Seraydarian] 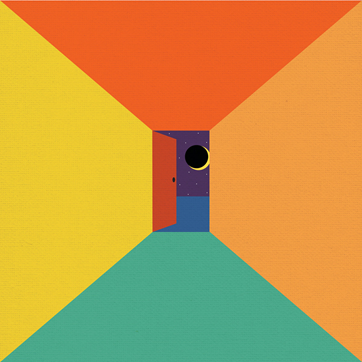 Ceremony – IN THE SPIRIT WORLD

Favorite Tracks: “Turn Away The Bad Thing,” “Say Goodbye to Them,” “Calming Water”

While a memorable T-shirt is an invaluable asset for any artist, some bands are crippled by having higher quality merch than music. Ceremony is one of those bands. The NorCal recovering hardcore band’s pullovers are a wardrobe staple for former-punk dads in Bushwick, Fishtown, and Echo Park, hell-bent on flaunting their integrity while sipping a mimosa at brunch before taking their toddlers to a slightly-grittier-than-suburban park. Ceremony are an act more obsessed with honor than art, as evidenced in a recent interview on the podcast YEAH, BUT STILL, in which members Anthony Anzaldo and Andy Nelson spent more time bashing Pitchfork than they did promoting their latest release IN THE SPIRIT WORLD, or even just playing along with the absurdist comedy. Although Ceremony’s frustration with their critical repudiation could be remedied if they returned to their hardcore roots, the Ian Curtis cosplay embraced on 2015’s THE L-SHAPED MAN now manifests itself as Ceremony Greta Van Fleet-ing New Order.

The aesthetic differences between New Order and Joy Division are obviously explained by the suicide of Ian Curtis forcing Joy Division’s remaining members to creatively metamorphose. The stark contrast in style between THE L-SHAPED MAN and IN THE SPIRIT WORLD is best explained by Ceremony believing that reinvention leads to acclaim. The line between being dexterous and uncommitted is a fine one, and Ceremony’s personality crisis seems to stem from the latter. It is impressive that the group has essentially been three bands in one, but IN THE SPIRIT WORLD just comes across as a phony reenactment of 1983 Manchester. The record’s worst moments come on tracks like “In The Spirit World,” “From Another Age,” and the “Blue Monday”-jacking new wave replica “Further I Was.” These tracks all shamelessly duplicate the then-cutting edge synthesis of groups like The Human League, A Flock Of Seagulls, and Soft Cell. Ceremony’s fixation with finding redemption in neon-tinged retrofuturism just makes me yearn for the genuine emotion of their early work, especially the excellent 2010 record ROHNERT PARK. IN THE SPIRIT WORLD is at its most redeemable when it boosts the kraut-y minimalism of recent post-Parquet Courts groups like Viagra Boys, Crack Cloud, B Boys, and Corridor, the hindmost of which put out a record in 2017 whose cover looks suspiciously similar to Ceremony’s latest. The band’s hardcore roots can be felt on tracks like “Say Goodbye to Them” and “Calming Water,” and while half-time urgency may be replaced by sauntering quadruple meter, the record’s more traditionally rock moments have the spunky authenticity of a veteran act like DIIV. Ultimately, though, Ceremony’s fascination with revivification incapacitates the band’s ability to settle on an identity. The best hardcore bands are defined by devotion to their genre, and IN THE SPIRIT WORLD reassures my already-suspected notion that Ceremony chose to begin making music for cosmetic reasons instead of out of necessity. [Ted Davis] 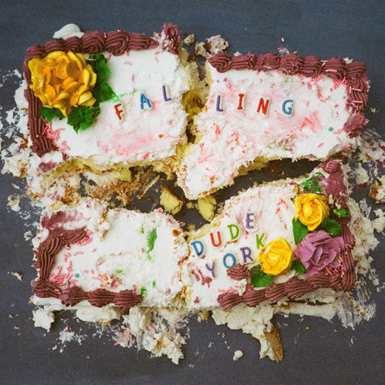 I appreciate how quirky Dude York are, don’t get me wrong. The Seattle trio’s punk-ish power-pop is approachable, fun, and well-crafted, and yet it frequently feels uttlery disposable. Last we heard from the band, they had released a genuinely excellent Christmas album, HALFTIME FOR THE HOLIDAYS, and those well thought-out novelty songs really worked for the band—the idea of them making off-the-wall niche pop art that’s meant to have a short shelf-life felt natural. There’s little on their newest album FALLING to make me think that isn’t the model in which you’re supposed to experience Dude York’s catchy riffs. The band insist on flipping between Peter Richards and Claire England for vocals and songwriting duties and the result continues to be somewhat jarring, as the two bring very different types of tracks to the table, and that’s especially true on this latest release. England’s tracks tend to deliver on the promise of crunchy power pop, the kind of music that put them on algorithm-driven playlists with bands like Swearin’, Potty Mouth, Summer Cannibals, or Cayetana (RIP) in the first place, and they excel at making that kind of music even if the aforementioned bands feel more essential. Richards’ songs tend to lean into a broader form of “alternative” rock, and tracks like “Only Wish,” “How It Goes,” and “Box” would probably better serve mainstream institutions like the Killers or Catfish and the Bottlemen despite offering augmented value on this album. Richards’ best track, “:15,” refuses to be put strictly under the umbrella of garage rock, but it’s a memorable groove with England on backing vocals and is a refreshing slow down next to the album’s other highlights. Of course, the album’s sonic diversity is perhaps what makes Dude York appealing to people in the first place, and this difference in songwriting styles can be found across their catalog. On FALLING in particular, however, it makes the record feel expendable and a bit of a mess—their earlier, more slapdash material remains a better outlet of the band’s clear creativity. [CJ Simonson]