It goes without saying that the Dardenne brothers are the mainstays of the Cannes film festival. From 1998’s ROSETTA onwards, the brothers have been nominated for the Palme D’or without fail. And that’s for good reason, too. The Dardennes get drama. And that’s not some loose, haphazard attempt to explain away their talents. Much like Iran’s most popular cineaste, Asghar Farhadi, film’s like THE UNKNOWN GIRL understand the economy of storytelling, and the key narrative components that are expected of a great storyteller. That is to say, much like Farhadi, the Dardennes’ priority is with strong, simplistic drama, not rip-roaring adventuring. The Dardennes aren’t abrasive stylists or bold auteurs, they’re excellent tragedians.

THE UNKNOWN GIRL isn’t unlike the Dardennes’ beloved 2014 release, TWO DAYS, ONE NIGHT. Both are controlled, minimalist, female-led character dramas. Each follows their lead actress in a time of crisis, and each narrows in on her psychological turmoil over the span of a few life-altering days. But in many ways THE UNKNOWN GIRL feels like the logical follow-up to TWO DAYS, ONE NIGHT. Unlike Marion Cotillard, lead actress Adèle Haenel isn’t immediately sympathetic, a challenge that the Dardennes deftly overcome. What starts as a brilliant study of three generations of doctors, each at pivotal stages in their careers (retiree, professional, intern; all at different heights of ego) elegantly segues into a game of guilt. After Haenel fails to abide by her hippocratic oath, a girl winds up dead on the riverbank. This kickstarts a psychological unraveling, one where duty and remorse intersect. Me after reading this article

And that’s exactly what THE UNKNOWN GIRL delivers, for better or worse. What’s fantastic about the Dardennes’ latest character portrait is the immediacy of its conflict and the complexity of its thematics once they’re actually broken down. “Don’t let the suffering of your patients move you,” Haenel says in the film’s opening scene. And with that invitation, the Dardennes lay the groundwork for their latest moral tapestry. Ironically, it’s not Haenel’s action that moves her, but her complacency. The one time she failed a patient is far more earth-shattering than the dozens of lives she’s helped. Yes, THE UNKNOWN GIRL is the Dardennes doing what they’re best at, and although they aren’t breaking new ground, they sure as hell have you strapped in tight for their lean, 106-minute journey.

And I’m not being flippant here. THE UNKNOWN GIRL chugs along like a well-oiled machine, each narrative detail paying itself off at a breakneck pace. It’s much like TWO DAYS, ONE NIGHT in that way as well. Our character traverses her small town in hopes of reconciling her complicity in this tragic nighttime incident. Unfortunately, some of my personal gripes with the Dardennes’ work has translated over once again. Formally, THE UNKNOWN GIRL follows suit with the Dardennes’ previous outings. Handheld camerawork puts us right in the center of the conflict, and despite the occasionally gorgeous photography, there is an absence in aesthetic choices to really drive this home. THE KID WITH THE BIKE registers as a film that gets away with this because the shaky cam arguably mirrors the psyche of its troubled lead actor. With a well-regarded doctor in the lead role, I’d have welcomed a more controlled cinematographic precision, even amidst her psychological decline. But perhaps what excites me most about THE UNKNOWN GIRL is that I could talk at length about its similarities to Kenneth Lonergan’s MARGARET. Both deal with women who involve themselves (to an unnecessary degree) in an ongoing investigation after they feel responsible for the death of a third party. It’s fascinating how differently the Dardennes and Lonergan approach this topic, despite the similarities that their characters share. Ironically, the reason MARGARET seems to register as the more mature outing is because of its protagonists relative immaturity. I can justify the behavior of Lonergan’s lead because she’s still a high schooler. Meanwhile, THE UNKNOWN GIRL runs on thin ice near its third act. Haenel keeps putting herself in harm’s way because of her growing obsession, but it comes across as rather unbecoming of someone who should know better.

And still, the Dardennes have crafted one of the most compelling character portraits I’ve seen in quite some time. The way complacency in the inciting incident shapes any and all ensuing action is a rather fascinating narrative device. What’s more, THE UNKNOWN GIRL doesn’t overcomplicate the answer to its mystery. It is admittedly convenient that so many responsible parties are only a degree away from Haenel herself, but the Dardennes manage to justify this considering the geographical economy of their milieu. I, for one, found the film’s concluding scene to be a tad bit patronizing, ending on a needless soft note that would have better been left ambiguous, but it does neatly tie the narrative up. For anyone even somewhat interested in the economization of dramatic storytelling, the Dardennes remain the cream of the crop, and you’d be a fool not to give them two hours of your time.

Podcast Pick: STUFF YOU SHOULD KNOW 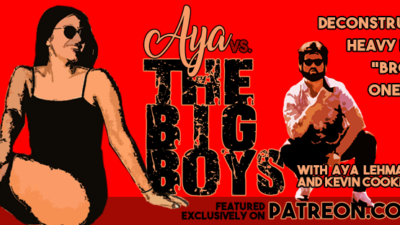