Welcome to Hard Time Blues: The World of Pro Wrestling from Merry-Go-Round Magazine! It’s a great time to get into professional wrestling. In each Hard Time Blues feature, MGRM contributors Luke Phillips and Maxwell Flynn will be exploring the wild, weird, and wooly world of the squared circle, and all of the angles, feuds, gossip, and evil wizards therein.

This week, Maxwell Flynn highlights West Coast Pro’s first show of 2023, CAN YOU WORK FRIDAYS? (available for replay on IndependentWrestling.tv), and asked wrestlers the question: “Why do you love professional wrestling?”

I like professional wrestling for the drama, the showmanship, and the spectacle. Every match tells a different story, usually a small piece of a larger story—that’s told over weeks, months, or even years. Some people watch for the looks, the costumes, makeup, and presentation of characters; others watch purely for the athleticism.

On January 6th, I had a chance to speak with some wrestlers before West Coast Pro’s first show of the year, CAN YOU WORK FRIDAYS? about what they love about professional wrestling, and drill into the connects all of us—fans and wrestlers alike—to the sport.

Alpha Zo, a member of local favorites The Conglomerate, loves professional wrestling because it’s “a stress reliever.” “While the fans are enjoying what they’re watching, we’re enjoying it ourselves,” he said. He appreciates the feedback he receives from the crowd reaction: “If we’re doing something right it’s like ‘Yeah, I fuck with that!’ but if we do something wrong we can notice it and for the next show [we’re] not gonna do that. You make sure the crowd is pleased and can go home happy.” After a losing effort in an absolute brawl of a match against the West Coast Wrecking Crew and “Filthy” Tom Lawlor, The Conglomerate were attacked by three new faces in WCP. Representing Southern California, Adrian Quest and Los Suavecitos made their presence known before being chased off by Zo, bringing order back to the show and standing tall before the crowd that loves him.

West Coast Pro announced their newly formed Women’s Championship last year and are getting closer to crowning the inaugural champion. At CYWF, Sandra Moone successfully faced off against Vert Vixen for a spot in that deciding match, which will take place at WCP’s March 4th show.“It’s a unique way for self expression,” Moone says reflecting on the sport. “I feel like being able to put myself on a larger stage, like professional wrestling, allows the fans to put themselves to you, where they don’t have to worry about anything else. They’re just mesmerized by these stories. It’s really about the art of it.”

I’ve seen “The Bounty Hunter” Bryan Keith wrestle a handful of times over the past year and I’m always left in awe as he puts his all into each performance, taking his opponent to their limit. At CYWF he kicked off a monumental weekend facing off against Black Taurus, a mountain of a man, in a spectacular match pitting cowboy against bull. He went on that weekend to participate in Pro Wrestling Guerilla’s 17th Battle of Los Angeles, a prestigious tournament in the independent wrestling scene. With that in mind, fittingly the word he used to describe what he loves about the sport was “Unity.” “The fact that I meet people that on a regular day basis I wouldn’t interact with at all, and wrestling is what brings us all under one roof.” Keith is someone to keep your eye on, with an insane amount of star potential it’s only a matter of time before he’s doing what he loves on a worldwide stage.

That idea of unity and community—professional wrestling bringing people together—was a common thread with the people Lazarus, who (as his name would imply) is some sort of ghoul, zombie, or perhaps even a man struggling with the effects of being reincarnated, has “always loved the characters […] all of the different kinds of people that come through, [the] masks, […] there’s just so many different kinds of people; and when it comes to traveling you get to meet all those people and all the people that you work with are all characters in themselves and everyone is unique.”

At CYWF Lazarus went head to head with Robert Martyr, a violent young man who is out to prove himself in the ring. “I had a childhood of negligence and that lack of attention stuck with me for a long time. When I make people feel and react and care I get a high off that.” Martyr said. “When you’re a kid and nobody pays attention to you you want that attention that you wouldn’t otherwise see. When I did boxing nobody gave a fuck, I was getting my ass beat and nobody could give two shits about it but I do pro wrestling and people seem invested.” Lazarus vs. Robert Martyr was a back and forth struggle with both men pulling whatever they could out of their repertoire in an attempt to take the victory. While Martyr came out on top it was an impressive showing for both and I’m excited to see where each of their career’s take them.

Nick Wayne, son of wrestling legend Buddy Wayne and seventeen year old wrestling prodigy, was presented an AEW contract back in February of 2021. After making an appearance on AEW DYNAMITE on January 4th, he competed in a match against modern wrestling icon Alex Shelley at CYWF. “Something that’s very special about [professional wrestling] is the emotional attachment you can make with fans, or just regular people that aren’t wrestling fans. There’s always that group of people that come to shows that are coming for a good time, they don’t know [anything] about wrestling, and when you can create an attachment with them to where they want to see you win and they are interested in you and your work I think it’s something very fascinating that we can do. Like pull those strings with people’s emotions like that and get them to really believe this stuff. I just think it’s something that’s super special that professional wrestlers can do that not a lot of people in other entertainments can do.” Picking up the win over Shelley, it’s clear that Wayne’s pedigree, mind for professional wrestling, and connection with the fans has him on a fast track for stardom.

Alex Shelley vs. Nick Wayne
West Coast Pro Can You Work Fridays?(1/6/23)
****
Nick Wayne at 17 did a better job selling his knee in this match than Seth Rollins ever has in his entire career
Also Alex Shelley is a God pic.twitter.com/qKa2yOBPba

The main event at CYWF saw newly crowned West Coast Pro Heavyweight Champion Titus Alexander defending his title against rising talent Alec Price in a thrilling match that drew the love, and hate, from every person in the crowd. Representing Massachusetts and playing off of the West Coast vs East Coast rivalry, Price was undoubtedly the villain in this matchup. Price loves professional wrestling “because it mirrors life, like the ups and downs. […] to become a really good professional wrestler you have to grow not only as a human but as a pro wrestler and that comes hand in hand.” He recalled that when he first got into wrestling he “was a cocky piece of a shit,” that “from where [he] came from [he] had to be like that.” After getting checked by an OG from the Massachusetts scene, Mike McCarthy, he was (in his own words) “humbled.” “I went from not knowing what I was gonna do in my life to realizing my dream and finally realizing, finding what I was put on this earth to do.”

Apparently he was put on earth to talk shit to the crowd and push Titus Alexander to the edge. On the other side of the spectrum, Alexander puts off a cold demeanor in the ring—a cocky attitude with a smirk of confidence. But underneath the surface he has a true passion for what he does: “Being in the ring, being center stage in front of all the fans, living your dream, I feel like it’s unreal. It’s like you almost switch out of yourself; it’s a chance to be someone else, someone you’re not maybe.” Both of these young men have an air about them that says they know exactly how good they are, and believe me they really are that damn good, and to see them face off so early in their careers, with so much ahead of them, is very exciting from the perspective of a fan.

The world of professional wrestling has something for everyone, even those who are doing the wrestling. It contains multitudes; whether you like submission clinics, hard hitting slobberknockers, high flying spectacles, or technical masterpieces; if you like character driven storylines or just a good old underdog rising to the top. Over recent years it has seen a resurgence, and with that has come a closer camaraderie amongst the fans and wrestlers. Professional wrestling is like a family—a weird family with bull-men, ghouls, violent lunatics, and even “real life dinosaurs,” but like Bryan Keith said: there is unity there. 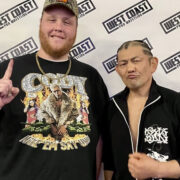 Maxwell Flynn
Maxwell Flynn is an avid professional wrestling fan. He grew up watching WCW and bootleg ECW tapes; his current favorite promotions are AEW, AAA, and West Coast Pro. When he’s not watching wrestling he’s grilling or playing fetch with his dog. 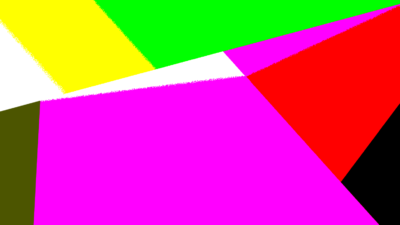 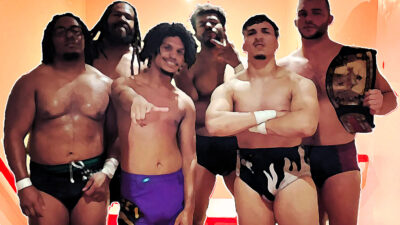 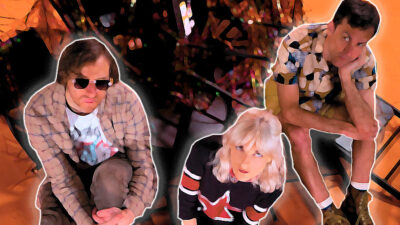 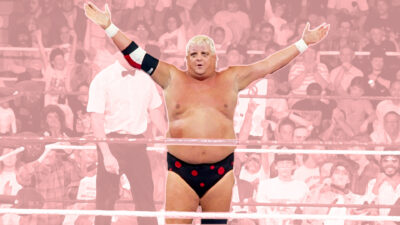 More in Hard Time Blues: The World of Pro Wrestling 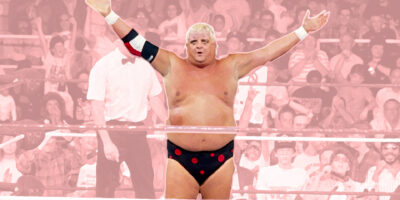 By StaffAugust 6, 2022
Hard Time Blues: The World of Pro Wrestling

By StaffJuly 9, 2022
Hard Time Blues: The World of Pro Wrestling

By StaffJune 25, 2022
Hard Time Blues: The World of Pro Wrestling

By StaffJune 10, 2022
Hard Time Blues: The World of Pro Wrestling

By StaffMay 26, 2022
Hard Time Blues: The World of Pro Wrestling