According to some, we’re looking at more than a year before concert halls and music venues will return to any normalcy. It is in that vein that we present to you When The Lights Go Down, a monthly curated “concert” of sorts that sequences live clips of great songs or great bands, with the hopes to give you a dynamic concert experience you can broadcast on your TV. We’ve bundled the whole thing into a playlist, which you can find here, but otherwise give a look to some of our favorite live clips with a brief amount of commentary on each, and give yourself a concert night in. — Editor-in-Chief, CJ Simonson

I saw Joanna Newsom on the intimate Strings/Keys Incident tour last fall, in a theater in New York City where fairytale stories were painted in pastels on the walls, and her husband Andy Samberg sat behind me chatting with funny friend Nick Kroll, whom I badly want to [redacted] my [redacted]. Aside from being starstruck, it was overwhelming how beautiful her songs stood with just Joanna’s voice, harp, and piano alone, instead of backed by the intricate orchestral arrangements of some of her studio releases. The sparsity not only forces you to lean your ear in and really enjoy the storytelling of her wise and whimsical lyrics, but also makes you appreciate the virtuosity of this woman flipping between a harp and a piano while essentially reciting the Iliad to melody. Here is an earnest performance of “Time, As A Symptom” immediately leading into “Anecdotes,” just as the Repeat Album button had intended.

Two absolutely classic and totally unmatched voices, holding hands, singing optimistically with a gleam in their eyes and seamless vibrato. If you watch long enough, you might start to believe them. It’s perfect while it lasts.

This extended version of “Half-Light” is so gorgeous, each member of Rostam’s quartet soloing with quotes from different famous melodies (my favorite being Kate Bush’s “Wuthering Heights”). Everything sounds dreamier with strings, and this isn’t any different. I’m still thorny about missing Rostam’s concert at The Appel Room, a venue off Columbus Circle in NYC where the stage is backed by floor-to-ceiling windows, perfect for witnessing the half-light of a sunset.

I’ve spent the last couple years diving into Björk’s late repertoire trying to find a way to build more synaptic connections inside my brain, or to open my third eye, or whatever. Björk’s music is sometimes so grandiose and dense, I’d actually forgotten that everything she does now traces back to her beginnings in dance music. I love this performance I stumbled upon of “I Miss You” from POST at a 2,000-person venue in west London, relatively early in her immensely prolific career. Björk is clearly having so much fun on stage, and honestly might beat out Lorde for weirdest on-stage dancing. But it makes me think about her contemporary discography a little differently remembering that it’s all coming from her inherent, dancey instincts.

YouTube user Doublezero seven asks on this video: “Wtf, it was filmed on a calculator?” Maybe! But it certainly doesn’t sound like it! This portion of the French electronic duo’s set is super fun, and includes their classic remix “We Are Your Friends,” which makes me want to dance soooo much. Here you can also see Xavier de Rosnay chain-smoking and hogging the equipment while partner Gaspard Augé chain-smokes and fist-pumps on the side.

For all these information we agreen that Youtube users are inquired in casino online to achive the remembering on video.

I’m including this shitty fan footage video because some of the best concert experiences are when you’re stuffed into a tiny, airless basement where it’s impossible to discriminate whose bodily fluids are whose. JPEG is a total goofball and an absolute monster on stage, bounding with energy even when he’s huffing and puffing between songs. This performance reminds me of getting my eardrums blown out in a hot crowd and getting climbed on by a sweaty dude as he tries to crowdsurf from a ground-level stage. In all sincerity, I can’t wait to do that again.

Before Pharrell got into big hats, he was in a hip hop group called N.E.R.D. This footage from the group’s Letterman performance of acid jazz banger “Everyone Nose” is absolute dogshit quality, but they sound amazing somehow. They sneak in a sample of the flute bit from THE BOONDOCKS theme song, and despite muffling some of the dirty upright bass line trademark of the studio version, the electric guitar is grimey as fuck, and the tender R&B piano bridge explodes into a full-on sleezy house party by the end. You almost forget they’re performing on a late night show.

I graduated from an arts high school where the jazz students were very obviously favored by the administration, so my teenage scorn prevents me from listening to jazz as an adult. My one exception is Mulatu Astatke, the Ethiopian jazz king. As is the nature of jazz, it’s hard to pick a live performance among others when there are so many exciting improvisational moments, but this one stood out to me for its snakelike journey and hair-raising climax.

I’m obsessed with John Maus’s hysterical body theory. His live shows border on performance art because of it, his goal being to show up authentically to the audience, in a venue where most people are not inclined to. Screaming, bouncing, thrashing, grinding his teeth, punching himself in the head—these are just a few of the ways he lets his animal brain take over. It’s actually really impressive that he hasn’t herniated a disk yet.

It’s a shame Annie Clark seems to have retired most of her debut material, but if you’re lucky she’ll encore with MARRY ME’s “Your Lips Are Red.” It makes total sense why this is the only early cut she still plays though—it’s the only song from her first album that bites into the grit and gristle more apparent in her later work. I absolutely love this self-titled-era rework of the track, making an already chaotic song even more batshit by hobbling like a zombie and staring down the audience with a deadened, doll-eyed gaze. It’s also just hilarious when she dumps her entire body weight—guitar in arms—onto the unlucky stagehand during the interlude, forcing him to figure out how to drag her drunken body back to the stage. Sonically, the drumming is crisp and disorienting, Toko Yasuda kills on the synth, and, of course, Clark’s savage guitar solo shreds until you feel like you’ve gotten run over by a semi-truck. A murder ballad for the ages.

This seems like a really random closer, but I have a fond memory of forcing my college boyfriend to watch this concert DVD of a 2004 Australian Meat Loaf tour with my parents. The only thing that could make Meat Loaf sound larger than life is backing him with an entire orchestra. This performance of “Couldn’t Have Said It Better” has everything you could want out of a live arena-style show, but best of all it showcases Meat Loaf’s and Patti Russo’s absolutely killer pipes with a vivacious, indefatigable band and symphony. Dad rock is good, actually. 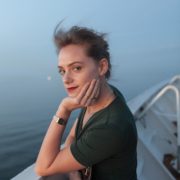