Before kicking right into review mode, it’s important to cover some basic ground regarding the Academy’s selection for the best live action short category. Every year, film schools around the world release countless thesis films, and professional filmmakers put out their latest shorts, many of which go on to have successful festival circuit runs. A select few even receive the Student Academy Award, but rarely do student films make it far enough to be finalists for the actual Oscars ceremony, let alone win the prize. This year isn’t much different from those before it, featuring content from all across the globe that have played at festivals far and wide.

This is my sixth year in a row reviewing the five nominated narrative short films for the Academy Awards, and 2021’s short film nominees, much like their feature-length companions, leave quite a bit to be desired: Let’s face it, the year of the pandemic simply wasn’t great for cinema. As is par for the course, the Oscars focused on the following subjects this year: police brutality, disability awareness, immigration, America’s prisons, and conflict in the Middle East. Surprisingly absent this year is a light comedy to ease the load of these heavy subjects. Frankly, I’d be lying if I’d say I loved this year’s batch. That said, the best of the five nominees is pretty great, so it’s not a total wash! Anyhow, without further ado, the films below are listed in Merry-Go-Round’s preferential order: from least to most impressive! 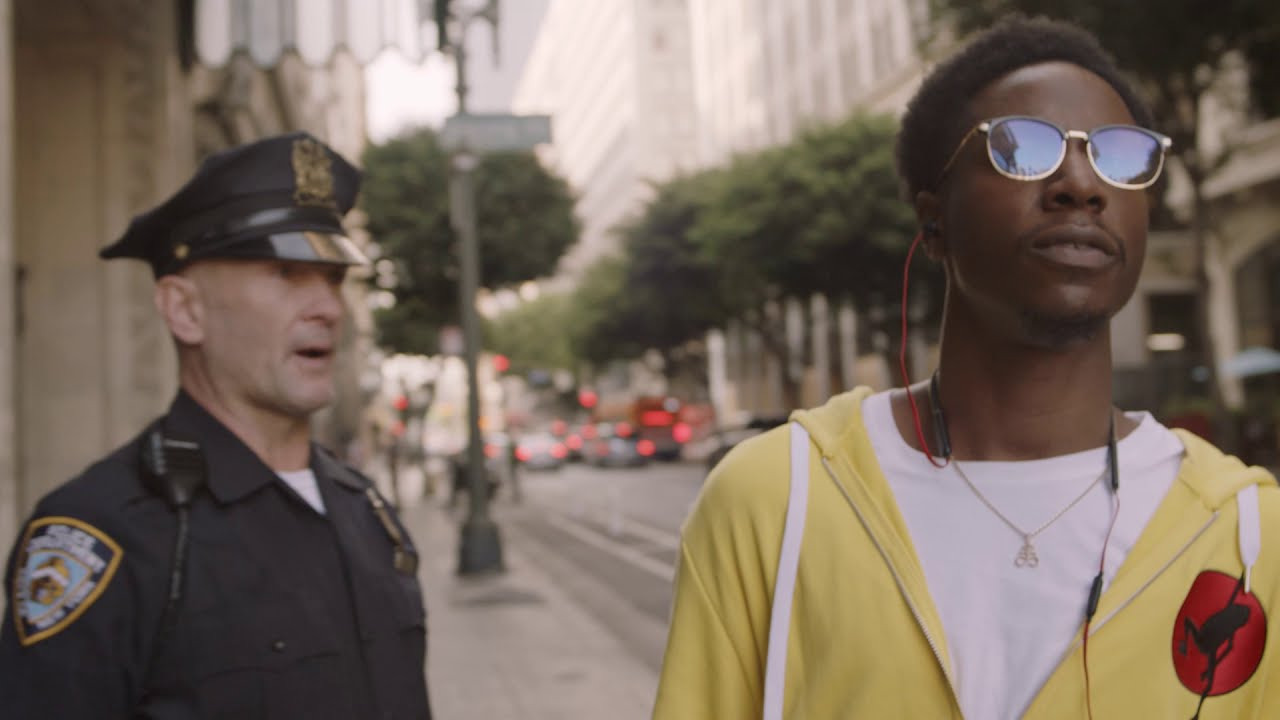 The Joey Bada$$-starring police brutality drama, TWO DISTANT STRANGERS, is easily the worst short film nominated for the Academy award since 2017 nominee SILENT NIGHTS. Honestly, it may be the worst short film I’ve ever seen, full stop. This is totally irresponsible, careless, stupid, juvenile, and tactless filmmaking. I’m not the first to say this and I sure won’t be the last, but just because a film stands on the right side of an issue doesn’t mean it’s good. In fact, it’s somewhat of an obligation (both on the part of the film industry and the viewers) to acknowledge when a film about an important subject tackles it poorly, and TWO DISTANT STRANGERS is a textbook example of that. This is exactly what people are talking about when they discuss the problematic nature of filming black pain.

“GROUNDHOG DAY but about police brutality” is not only a crass concept on paper, but completely misses the mark on what filmmakers should be striving to probe with films on this issue. We shouldn’t make art that depicts a black man being repeatedly chased, shot, and choked to death. The onus of this issue is not on the African-Americans! We should be making art that dissects the systemic problems that have caused police officers to commit these horrible actions. If you merely film the violence but don’t commit to a realistic dialectic on why American policing is so broken, you’re exploiting the issue. This is what happens when a post-GET OUT audience doesn’t realize just how much grace and skill Jordan Peele puts into his writing. I have no respect for this movie. The Furbo product placement at the beginning just makes it all the more disgusting. Yuck! 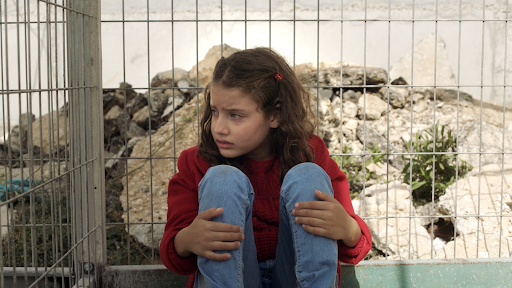 Farah Nabulsi’s THE PRESENT follows a man as he crosses The West Bank with his daughter to purchase his wife a gift for their wedding anniversary. What starts as a seemingly innocuous father-daughter outing slowly crescendos into a tense clash at a militarized Israeli checkpoint. Sure, it’s dramatic, but I’ve come to accept that any short film director who takes themselves this seriously is missing the forest for the trees: this is manifestly the least interesting way to investigate this decades-spanning conflict. THE PRESENT is no different from any other issue-based realist drama you can catch on the annual festival circuit. It says nothing illuminating, subtle, controversial, or otherwise provocative about the dynamics between Palestinians and Israelis, and the filmmaking isn’t creative, imaginative, or transcendent enough to really justify its existence.

It’s frustrating, because there’s something here, but it’s ultimately too simplistic and didactic, and yet somehow also 24 minutes long! Were this a 10-minute drama about a father trying to get a fridge across a heavily guarded border, I’d be a little more forgiving of the blanket statements it’s making, but when a filmmaker has nearly half-an-hour to milk his thesis, I’d expect a little more than hairbrained this-Israeli-guard-is-super-racist storytelling. It’s disappointing and does nothing to tackle the subject with intellect. There isn’t a new lens being cast on this age-old conflict, and instead of probing the problem, it stands firmly on one side of the issue and paints a lazy portrait of victimhood. Oppression porn of this ilk serves nobody but the filmmaker’s career. It’s the laziest way of getting ahead in this industry. 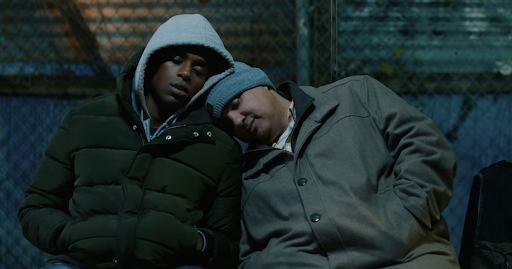 Well-meaning, but lacking in substance. FEELING THROUGH is little more than an inspirational PSA that’s been needlessly stretched out to satisfy the running time of a professional short film. It’s cute and innocent but totally toothless; too afraid to say anything controversial, instead acting as a warm hug in which a houseless black 20-something has a friendly nighttime adventure with a deafblind man. It’s a charming little piece of disability awareness, and there’s absolutely nothing wrong with FEELING THROUGH as the kind of thing you’d catch on PBS, but I hesitate to call it a particularly successful short film; it just doesn’t dig into the meat of any real drama with much finesse. As with many of its fellow nominees, it’s just far too didactic.

This is mostly meant to be a interpreted as a charming friendship story of a man witnessing the grace and optimism with which disabled people live their lives, but it does feel a little backwards that the film’s underlying subtext is “this black man shouldn’t be so down, at least he isn’t deaf and blind!” I mean… Sure, but one man’s disability doesn’t negate another man’s financial hardship! All of this is to say that I don’t really see the point in equating the two struggles. It’s a film with the same nuance as those weird Chinese TikToks of some white-collar guy handing a beggar a stack of dollar bills and changing his life for the better. Surely everyone behind this movie means well, but that doesn’t mean that anything brilliant is being revealed here. I’d tell you to just watch SOUND OF METAL instead, but considering the Oscar’s penchant for rewarding heartwarming stories in the “under-20-minute” range, I predict that FEELING THROUGH will be taking home the golden statue. 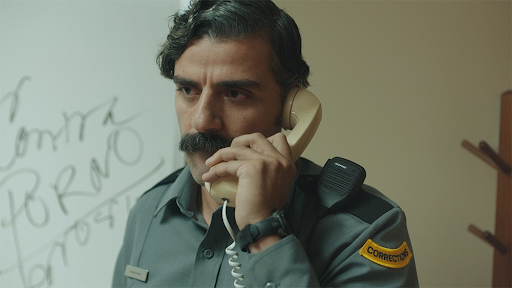 I have somewhat of an objection to casting A-list star talent in a short film. If any corner of Hollywood should remain totally untarnished from the media bias towards celebrities, it’s the medium that primarily exists to kickstart the careers of aspiring filmmakers and up-and-coming actors. Non-established cast and crews shouldn’t have to compete for a Best Live Action Short Film Oscar alongside a movie starring a Star Wars alum. Enter THE LETTER ROOM, a film in which Oscar Isaac plays a timid prison guard whose new responsibility to read incoming and outgoing mail gets him deeply involved in the relationship between a death row inmate and the love of his life.

Award-winning documentarian Elvira Lind directed this narrative short, and unfortunately, it isn’t particularly good. It’s a film feigning the murky moral dramaturgy of an Asghar Farhadi film, without ever putting its characters into much of an ethical predicament. Sure, the filmmaking is sturdy, but I hesitate to call it illuminating. It’s exactly the safe mini-movie that you would expect to find at the Oscars. It’s too long to really be a revelatory short film, but too short to make its character arc feel earned. That said, this could probably be a pretty great feature film, and I’d love to see Oscar Isaac play against-type like this more often, but in its current state it feels more like a proof-of-concept than a golden nugget; which in my opinion is what a short film should aim for.

A one-take THE BICYCLE THIEF clone told through a contemporary immigrant lens, WHITE EYE is certainly among the smartest Oscar-nominated shorts I’ve seen in some time; still didactic like many of its peers (if there’s one running theme among this year’s nominees, it’s didacticism), but focused enough on tense, emotionally-grounded storytelling to rise above the sinkhole of becoming a glorified public service announcement. The performances are great and the story of a man naively ruining another man’s life in order to regain his stolen bicycle is affecting. It’s simple, cleverly doffs its hat to De Sica’s neo-realist classic, and does a lot with very little. It is exactly what a short film should be; never begging to be a mini-movie, but existing as a well-crafted moment, not a towering drama.

With that said, do I wish young filmmakers would give up on the lengthy tracking shot gimmick? Yes. The fad has certainly run its course, and with Sam Mendes’ 1917 in the rearview mirror it seems rather pointless for a short film director to use his camera the same exact way (note: I have no problem with oners on principle, but these Lubezki-popularized one-takes are all kind of the same gag at this point). But none of that invalidates the film’s expert dramatic storytelling. The emotional beats hit hard, and the character arc is slight, simple, and surprisingly effective. It might not be as impressive as 2020’s BROTHERHOOD or 2019’s FAUVE, but it can certainly hold its own beside 2018’s best nominee, DEKALB ELEMENTARY.