In honor of The Merry-Go-Round Massacre, a virtual horror all-nighter streaming at 6 PM PST on Halloween night, we asked four film writers to share their ideal horrorthon all-nighter schedules.

In a sharp pivot from Kevin Cookman’s Carnival of Carnage, Aya Lehman’s Monster Mash has a very specific theme. One of my favorite activities over the last seven months has been programming extremely niche double bills for my roommate—but no matter how random they feel, there’s always a string connecting the films. A beautiful thing about film, and art in general, are the incredibly vast differences between pieces that share the exact same messages; the nuance of relationships can be twisted and tweaked so specifically that despite being almost identical narratives, two films can inspire a spectrum of emotions. The specific monster I am tackling with this Monster Mash is the relationship between two women. Sisters, rivals, foils, lovers—between women, these are such complex entanglements, often overlapping in more ways than one, and weirdly cropping up in horror a lot. The following films showcase the endless complexities and nuances of our relationships, and how central those relationships are to our survival and, on occasion, our destruction.

As you read this list, please picture me standing in front of the screen in the smallest screening room of your favorite theater (I, personally, will be picturing the Laemmle Pasadena or The Vista in LA). The AC is blasting, your arms are wrapped around a massive bucket of popcorn, and everyone around you is wearing socially acceptable pajamas, with blankets tucked under their seats just in case. I’m wearing all black athleisure, clutching a clipboard, and a bottle of the BTS signature cold brew is tucked under my arm. I’m talking too loud for the space, but you had a long week at the office so you need a little extra energy. As I introduce each fim I note little rules that must be followed during certain scenes (there aren’t too many I promise), and when those scenes happen, I yell “RULE” as loud as I can. We have a pizza and hot chocolate break between the 12 AM and 2 AM films.

Obviously, we start with the crowd pleaser. JENNIFER’S BODY slams, and seeing it get reclaimed by the girls and gays over the last few years has been utterly moving. It’s not scary enough to plaster you to your seat for the rest of the evening, but it’s certainly no cake and watermelon. This is the ultimate vibe check for the evening: not only is it a recent pinnacle of female foils between sweet nerdy Needy and literal demon Jennifer, it is peak meta-horror. To cast the hottest woman alive, the endlessly objectified Megan Fox as a sacrificed teen bitch who proceeds to dominate and consume every man whose gaze has lingered on her underaged body for a second too long… It’s poetry. Justice for Jennifer. RULE: every straight man in the audience must close his eyes or leave the theater when Amanda Seyfriend and Megan Fox kiss. THAT’S A GIRLS AND GAYS ONLY EVENT! 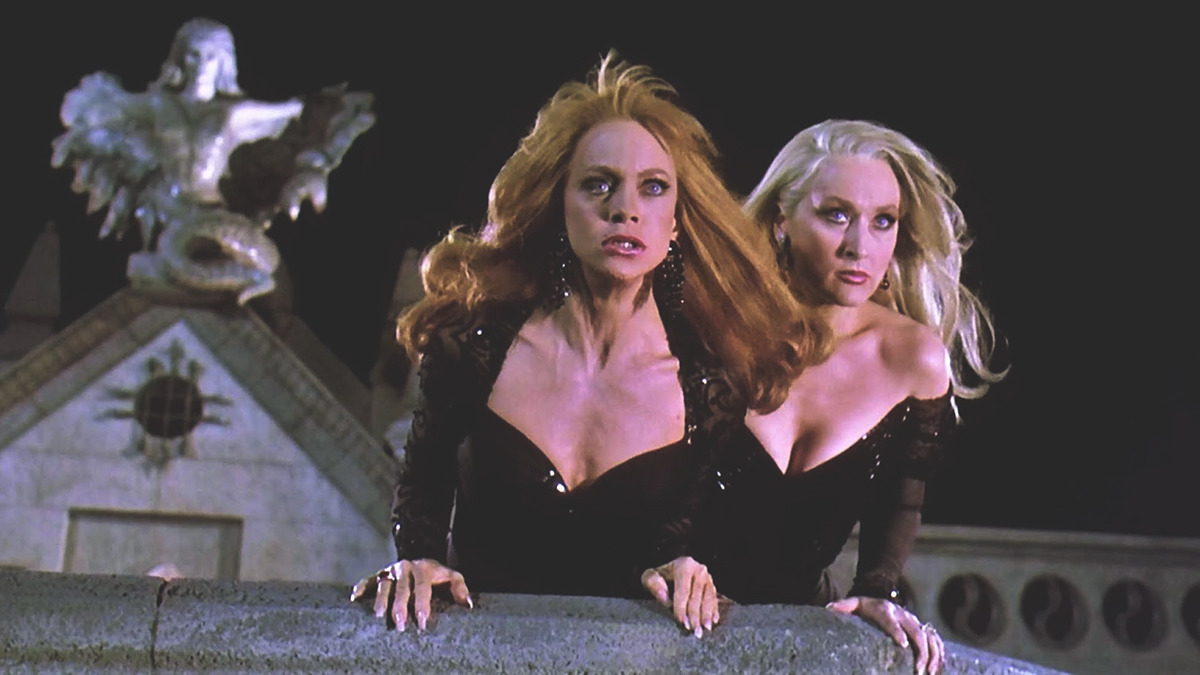 OK, I cheated. DEATH BECOMES HER is definitely not a straight horror film, it’s more of a body-horror comedy, but God it earns its spot here. That one shot of Goldie Hawn with a gaping hole in her sternum is enough to disturb and delight for years to come. As I’ve declared on my podcast, AYA VS. THE BIG BOYS, body horror doesn’t disturb me in the way I always expect it to. I always joke that, once you’ve shed your uterine lining a few times, watching an alien monster burst out of a dude’s chest is kind of cute. Zemeckis is on my wavelength here—watching Meryl Streep pick off pieces of her face is deeply comical and a gorgeous subversion of a male-dominated genre. It can feel cheap and even sexist at times, but Goldie and Meryl are so in on the joke it’s pure fun. Their relationship is a pillar of female friendship: that girl you hate, who’s fucked you over in a million different ways, but God knows you’ll be picking up her limbs after your ex’s funeral. 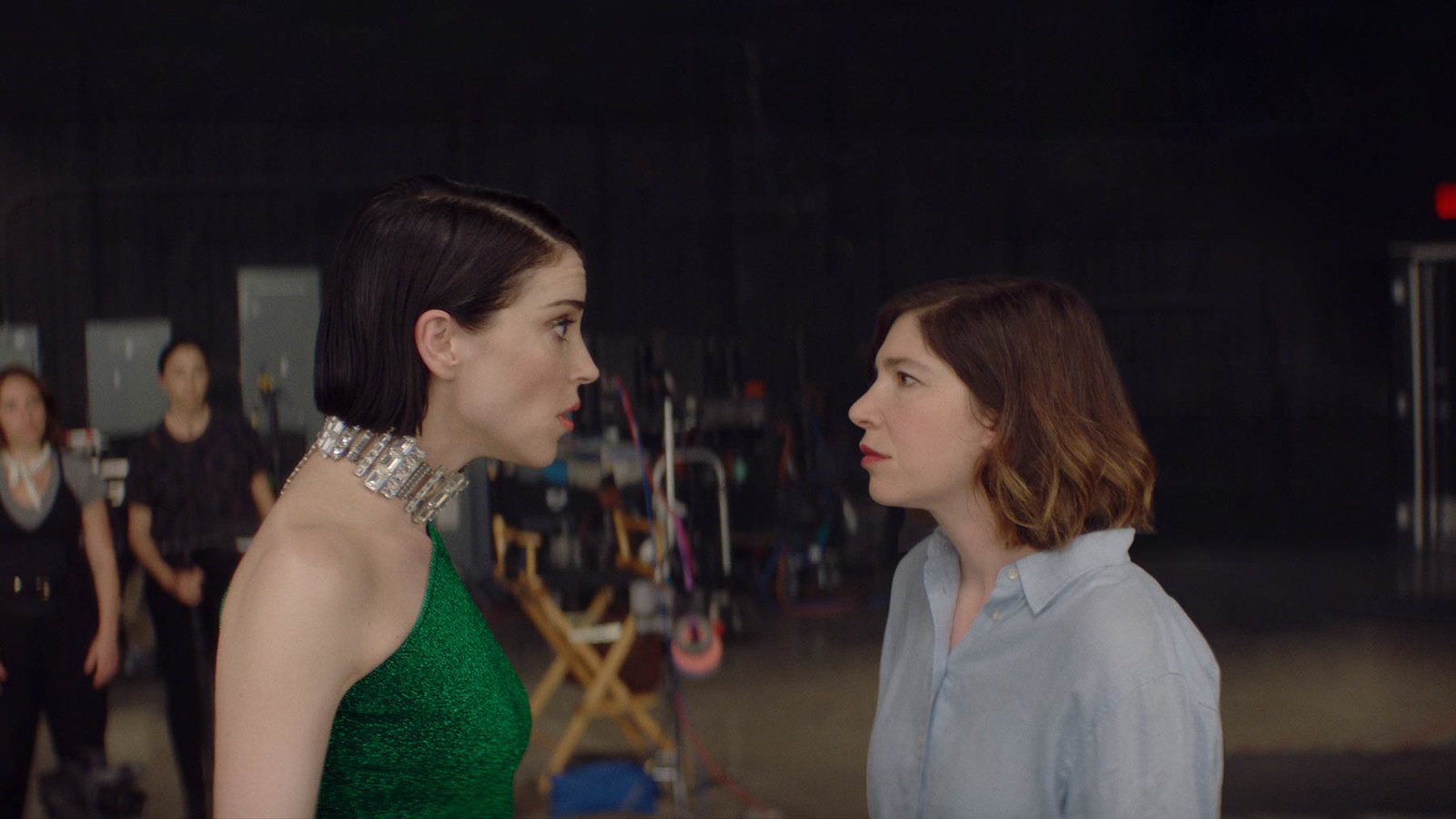 THE NOWHERE INN is more of a psychological thriller than a horror film, but there’s no doubt there’s something… Off about it all. Cut with footage from St. Vincent’s MASSEDUCTION tour, THE NOWHERE INN is 90 minutes of pure discombobulation shared between the audience and Carrie Brownstein. The midnight movie is a big deal, and this pivots the evening from pure camp to something a little darker. Reality is blurred here, particularly between Annie Clark/St. Vincent and Brownstein: best friends, artistic collaborators, and former lovers in real life play best friends and tense collaborators on-screen, struggling to find a balance between remaining friendly and finishing this fucking project. Which is scarier: watching your close friend descend into madness or not finishing the movie? Annie Clark’s vacant stare is so scary, and her cutting glares at Brownstein (and by association, everyone watching the film) intercut with the strobes of her massive stage and flashbacks to a life unlived are so haunting, you’ll get why this must be viewed at midnight in a freezing cold room. RULE: lose your mind when Dakota Johnson graces the screen. 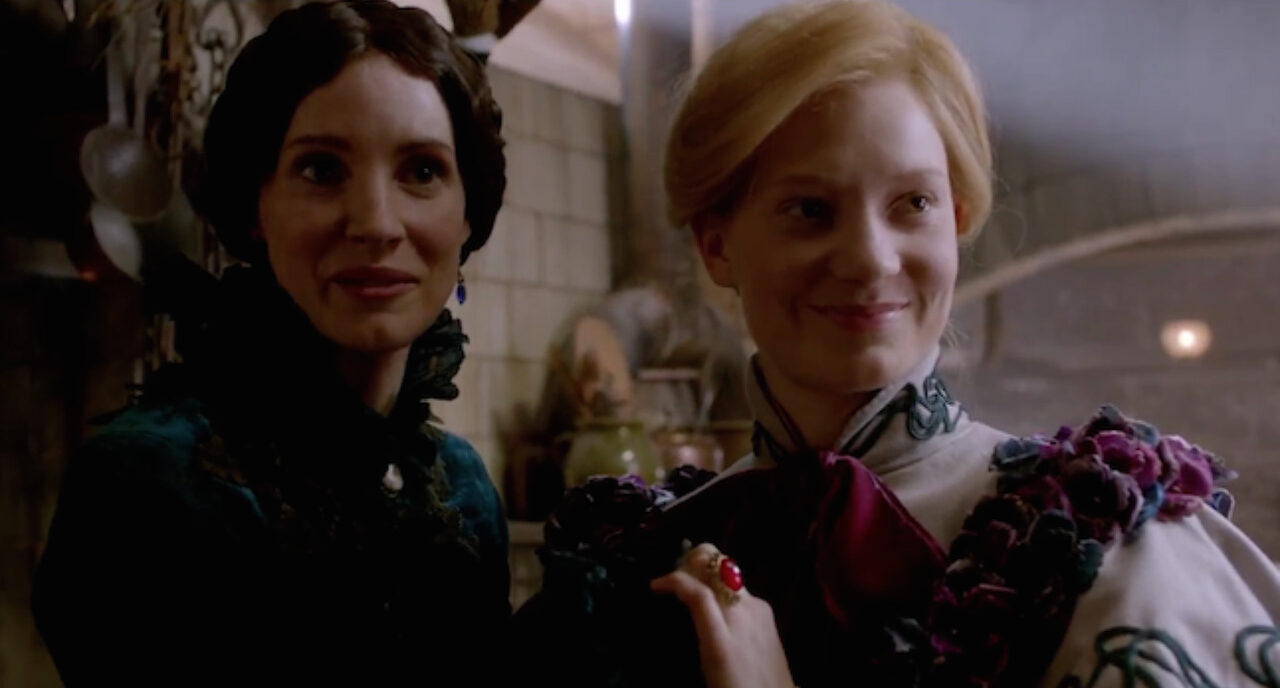 CRIMSON PEAK is perfect 2 AM fare. It’s the kind of movie you’d stumble upon on cable when you’re visiting family on the East Coast and can’t sleep and you’re like, okay, I’ll just fall asleep to this. And then that first horrifying ghost pops up and you’re like, okay, okay, I will not be sleeping tonight! While it’s obviously a beautifully aestheticized, macabre horror film, there’s a pervasive trauma at its core. We’re introduced to Mia Wasikowska’s young, dumb Edith in flashback, as she is visited by her mother’s ghost, warning her about something called “Crimson Peak.” She soon discovers that each ghost she encounters is just another woman, trying to warn her about her bullshit husband (Thomas William Hiddleston) and his extremely sus sister (Jessica Chastain). I have a complicated relationship with del Toro’s direction (it’s not that complicated, I don’t like his movies), but his production design is something else, and he just goes absolutely nuts on CRIMSON PEAK. Between the extreme new money of late 1800s America and the creaky skeleton of a once handsome British estate, del Toro is in his bag. You can tell he wishes this movie was several hours longer so he would have an excuse to show you every single room of his derelict, titular mansion. And what better way to hype up the 3:20 AM crowd than a ROCKY HORROR-esque response to that one sex scene where you see Tom Hiddleston’s butt. RULE: fling as much popcorn at the screen as physically possible during That Scene. 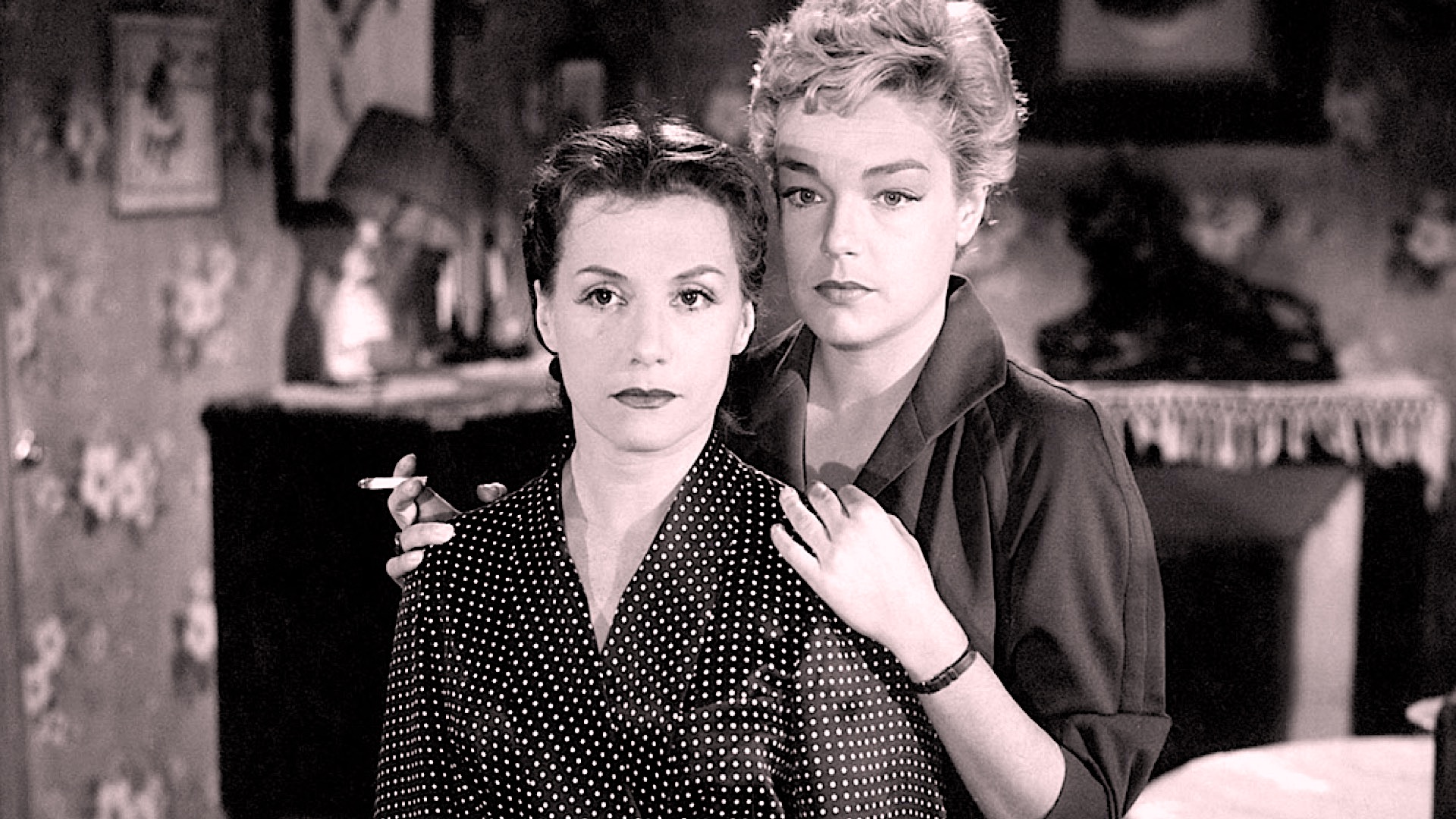 OK, let’s be honest, you’re gonna take a little nap through this one. And that’s fine! Most of my 10th grade French class did the same! It’s a black and white French film, a very specific kind of “fuck your night up” that not everyone is game for at 4 AM. And the final twist is so good that even if you wake up five minutes before it happens, you’re still like, “Whoa, I did not see that coming.” But those who do stay up are in for a treat—a slow-burn about friendship, misanthropy, jealousy, and how much the French suck. DIABOLIQUE is basically the source of our concept of classical thrillers, having inspired PSYCHO, and persisting as one of the first films with a major twist ending and an end card politely asking the audience not to spoil it for others. Even after all these years, seeing that face in the window still sends chills up my spine. The only flaw? The original story ends with a reveal that the two female leads are lesbians. Not the case here. Come on, guys. 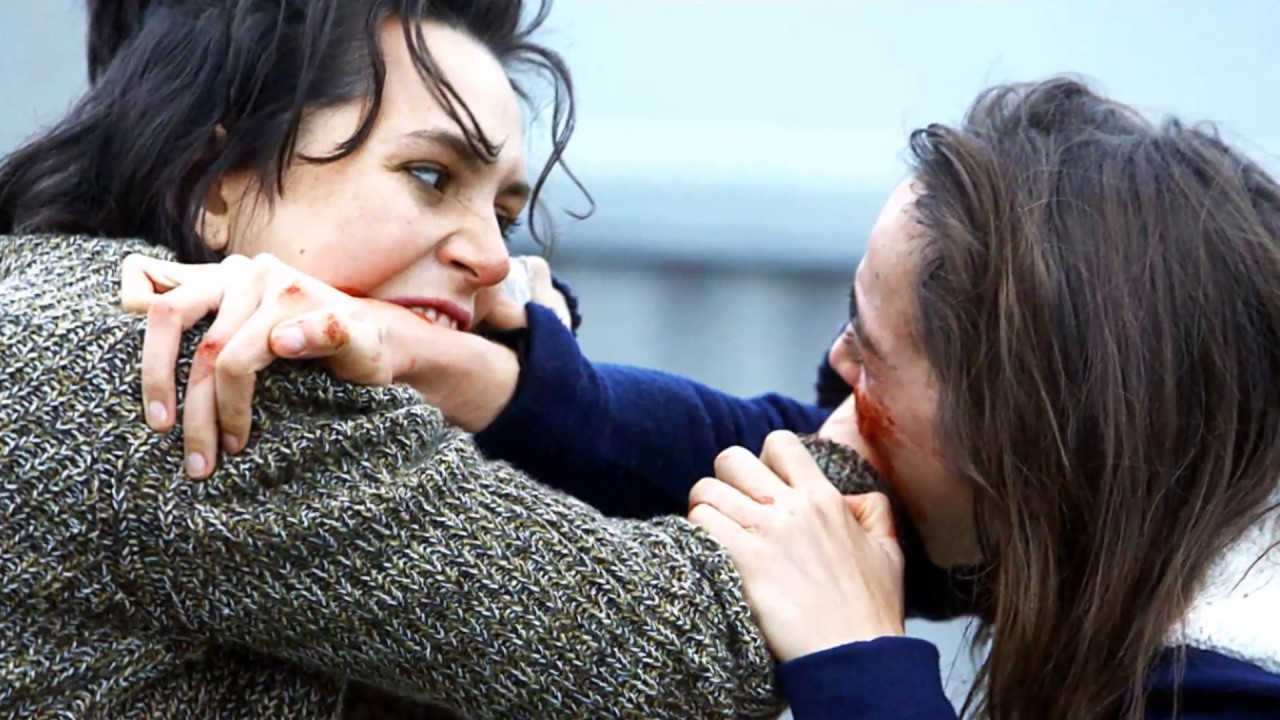 My roommate actually got mad at me for scheduling RAW as the rise-and-shine special, but I mean… Come on! Good morning babes, let’s eat human flesh! If a young woman becoming a cannibal at vet school doesn’t wake you up, I don’t know what will! Also scheduling RAW as the last picture is slightly a technical choice, as the theater will be clear in case of projectile vomit. What a visceral, unyielding, strangely touching look at sisterly relationships—as Justine and Alexia are torn apart by their increasingly erratic behavior, their shared secret only strengthens their relationship. This film reportedly made people faint at Toronto and got really close to making me regret saying body horror makes me giggle—it is not for the faint of heart, but god is it worth it, because when was the last time you were so consumed by another person you had to literally consume them?

What a way to face the day, please use the provided barf bags under your seat. Thanks for watching with me even though I programmed TWO (2) French films. I hope, even for a few moments, you felt like you were surrounded by fellow sweaty filmgoers in a crowded theater again. And I hope you text your best friend after reading this and ask if she’d help you kill your husband, avenge your death, or, scariest of all, direct your concert doc. 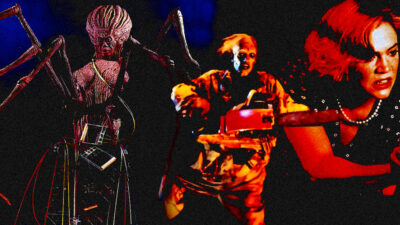 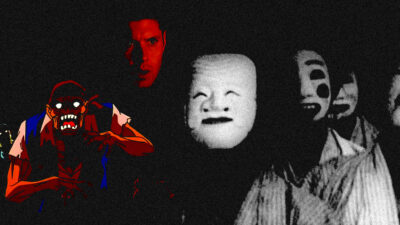 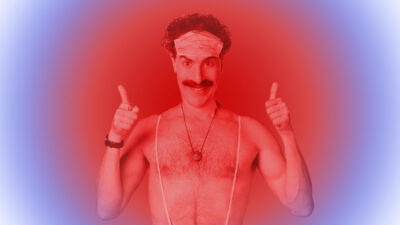 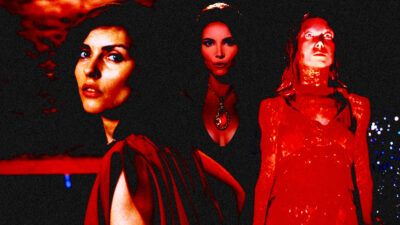 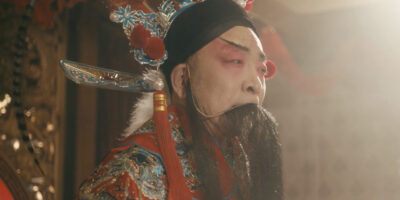 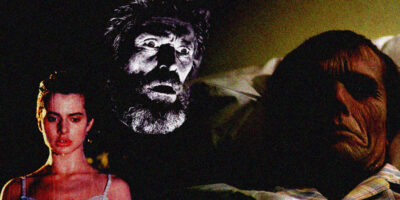 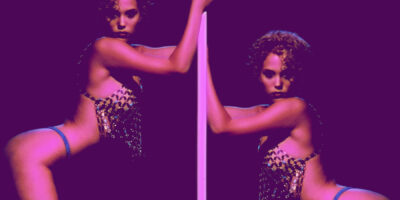