Bandcamp Picks for the week of 10/15/20 featuring Worthitpurchase & Hollow Comet! 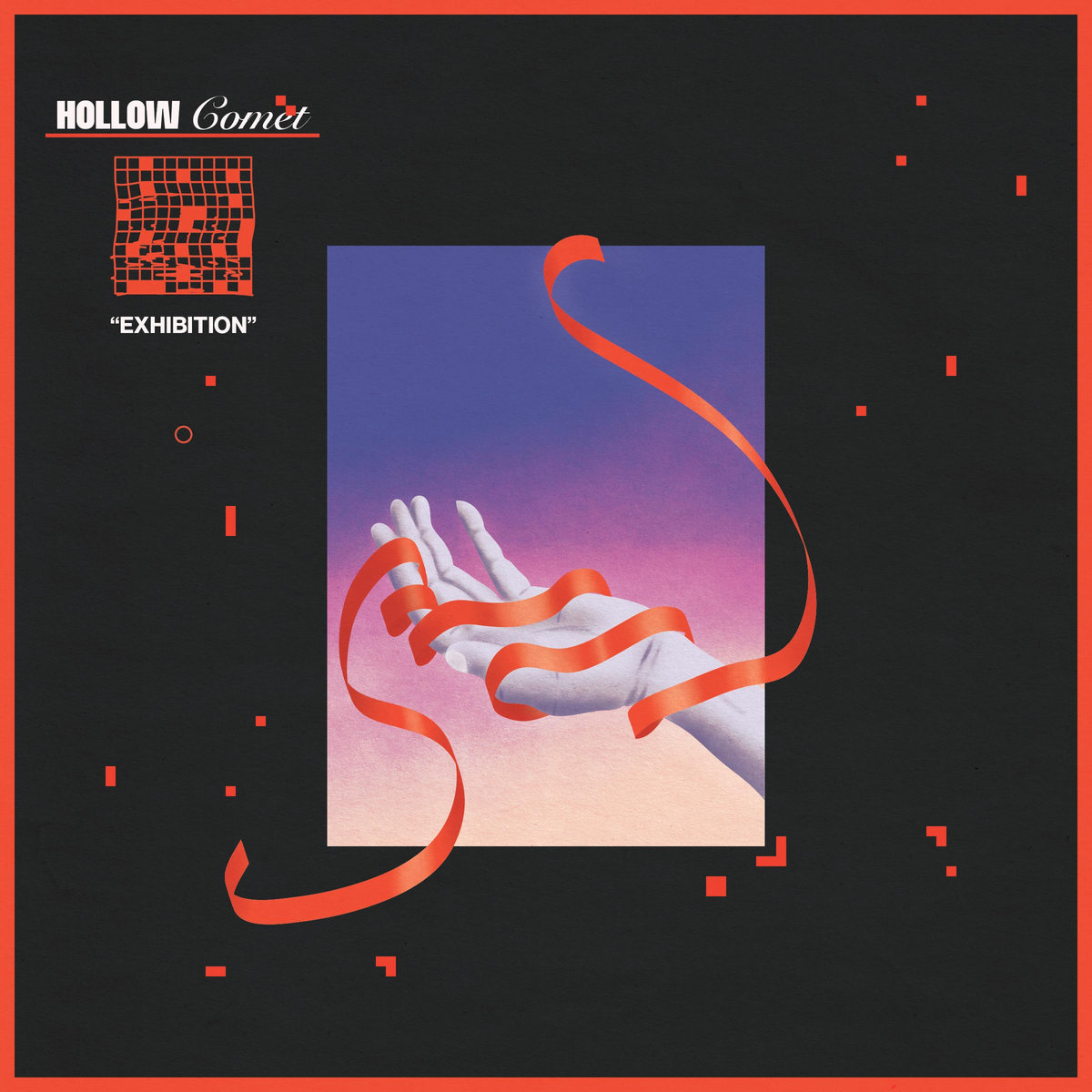 Musically speaking from an outsider’s perspective, Philadelphia often feels like a binary city in terms of the indie rock it produces. There are the post-emo bands that take after Snowing, and then there are the “weird” indie bands like The Spirit Of The Beehive who pull from Alex G’s most left-field legacies. As a founding member of Boise-style emo revivalists Strange Ranger, Isaac Eiger’s most popular music falls in the former camp of City Of Brotherly Love-type beats. However, on his side project Hollow Comet, Eiger blurs the lines between brownstone melancholy and sample-based sadtronica. Hollow Comet’s latest EP, EXHIBITION, showcases an emphasis on production quality that is uncharacteristic of a Strange Ranger-adjacent project, but expertly incorporates Lil Peep and Corbin influences into alternative rock.

Album opener “Val Kilmer” uses a shuffling., mid-tempo drum sequence to recall Yves Tumor’s most visceral moments on SAFE IN THE HANDS OF LOVE. Frosty synthesizers and chopped-up vocal outtakes lay the framework for buried vocal cadences that evoke “Chop Suey!” by System Of A Down (in a good way). Up-tempo trip hop grooves and endlessly looped vocal samples cast a neon glow on the track “Cement Mixer,” while an ambiguous classical instrument plays a video game soundtrack-reminiscent motif centered around disconcerting voice clippings on closing track “In The Garden.” For every moment on EXHIBITION you can nod along to, there’s one disconcerting enough to make you want to check under your bed for monsters. Where Eiger’s work with Strange Ranger carries itself with a barista’s humility, Hollow Comet flaunts a rapper’s swagger. After sharing stages with artists like Joyce Manor and canonizing themselves as one of guitar rock’s more critically revered bands on REMEMBERING THE ROCKETS, Strange Ranger are poised to be emo’s next criterion act. But on EXHIBITION, Eiger shows us that his work is just as good when he pushes for futurism as when he embraces nostalgia. Find EXHIBITION by Hollow Comet on Bandcamp today. [Ted Davis] 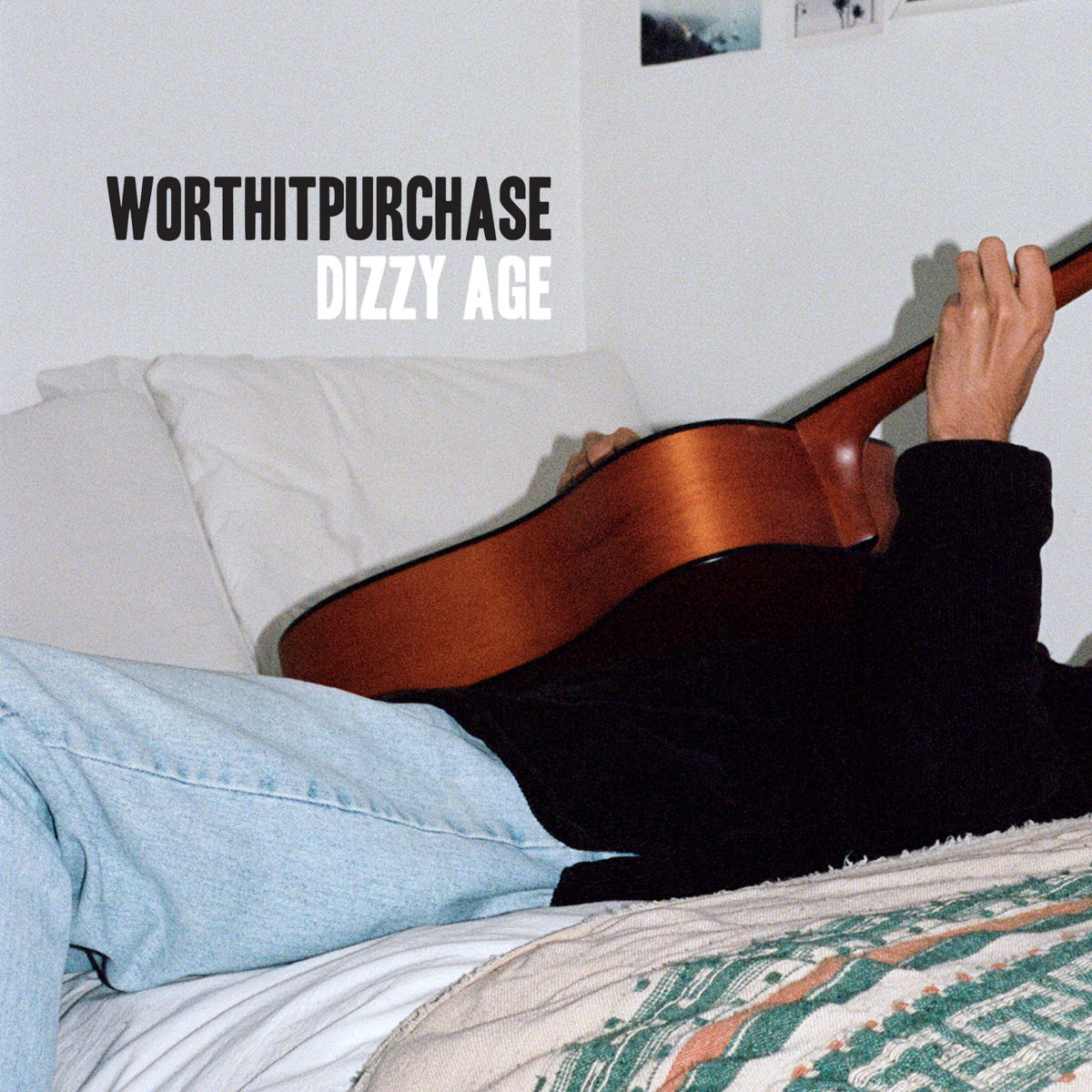 I’m not sure there’s been a better combination of voices on record this year than the playful back-and-forth we experience between Nicole Rowe and Omar Akrouche on DIZZY AGE. The former provides a sweet, blissful presence, grounding us amidst a sometimes chaotic, whirring fusion of electronic textures. The latter carries a workmanlike indie rock energy to some of the album’s more straightforward art pop cuts. And together they deliver an immensely gratifying tête-à-tête, with balanced harmonies and duets that make DIZZY AGE, amidst its many different shades of contemporary bedroom pop, feel communicative. As Worthitpurchase, the duo bolster the exploratory qualities of the music more than they did under the name Glaçon Garçon, Rowe and Akrouche’s previous dream pop act, although there is no doubt the two projects come from the same DNA. While Glaçon Garçon urged you to fall under the spell of its dreary, hazy beauty, Worthitpurchase are constantly reshaping themselves from song to song. Opener “Turnaround” prepares us for this shiftiness, the constant hum of the guitar playfully at odds with the cascading piano parts and ringing, chime-like guitar fuzz. DIZZY AGE is pretty obviously a bedroom pop record, down to the locked-in drum machine beats and innocent, distant, doe-eyed vocals, but it feels like the most ambitious version of that sound, as though someone had gone through a decade’s worth of releases and reverse engineered that aesthetic to create something as varied and holistic as the genre itself. DIZZY AGE continually reveals newer sounds over its scant 25 minutes, electronic elements fusing with lo-fi garage rock and dissonant dream pop and varied singer-songwriter material to create a constantly engaged listen. You can go check it out over on Bandcamp. [CJ Simonson] 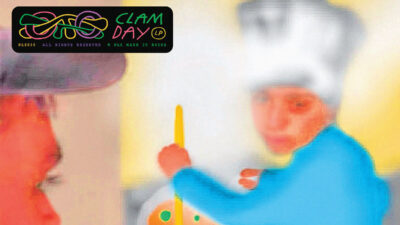 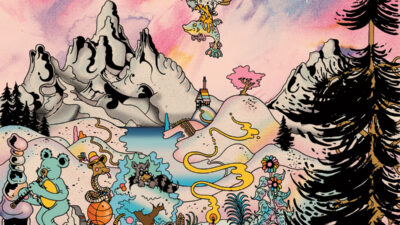 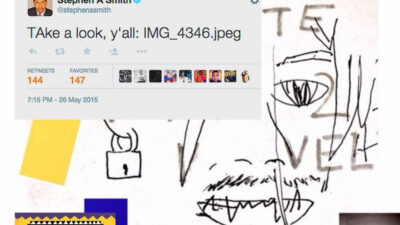