What is COVID cinema? As the online version of the New York Film Festival wraps up, I believe they’ve provided an answer, or a version of an answer: it’s a democracy. A democracy, that is, that’s digitally attainable at $12, $15, and $25 price points. I can understand how a NYFF veteran may find this sort of offering anemic, underwhelming, or “just a stream.” But to a pretty fresh-faced, Midwestern coastal transplant, the electricity around the “NYFF opening night” has always seemed like access. Access to, I dunno, some invisible intellectual monopoly over the year—to a sense across the film fall that they have seen it and we have not. Whether you cared or not (and you probably didn’t) NYFF’s output felt as functionally special as anything under corona’s auspices, because all of that shit got stripped away, and if you cared about these movies, you bookmarked them early and you saw them early. I’m not sure where cinema is right now, but I’m sure that it’s possible to define it if you want to.

Self-definition is the subject of Chloé Zhao’s NOMADLAND, a film that seems preternaturally timed to win a 2020 Best Picture trophy. Zhao popped up in a big way with 2018’s THE RIDER, one of the most original meditations on American masculinity in some time. That movie cast real-life Lakota Sioux rodeo star Brady Jandreau as a version of himself. Zhao wrote Jandreau a semi-autobiographical role as an impoverished rider grappling with brain damage, with an emotionally stunted family life, and with those trials’ inevitable effects on his occupation. That movie was like a John Ford myth rotting from the inside, an absolutely luminous consideration of American landscape and how those landscapes may mask impossible depths of pain. THE RIDER was what we all say we want: forcefully political while never close to didactic. Zhao announced herself as a filmmaker with a mission not unlike Barry Jenkins, not unlike Lynne Ramsay: as a woman whose big picture treatises accumulate through granular physical detail. 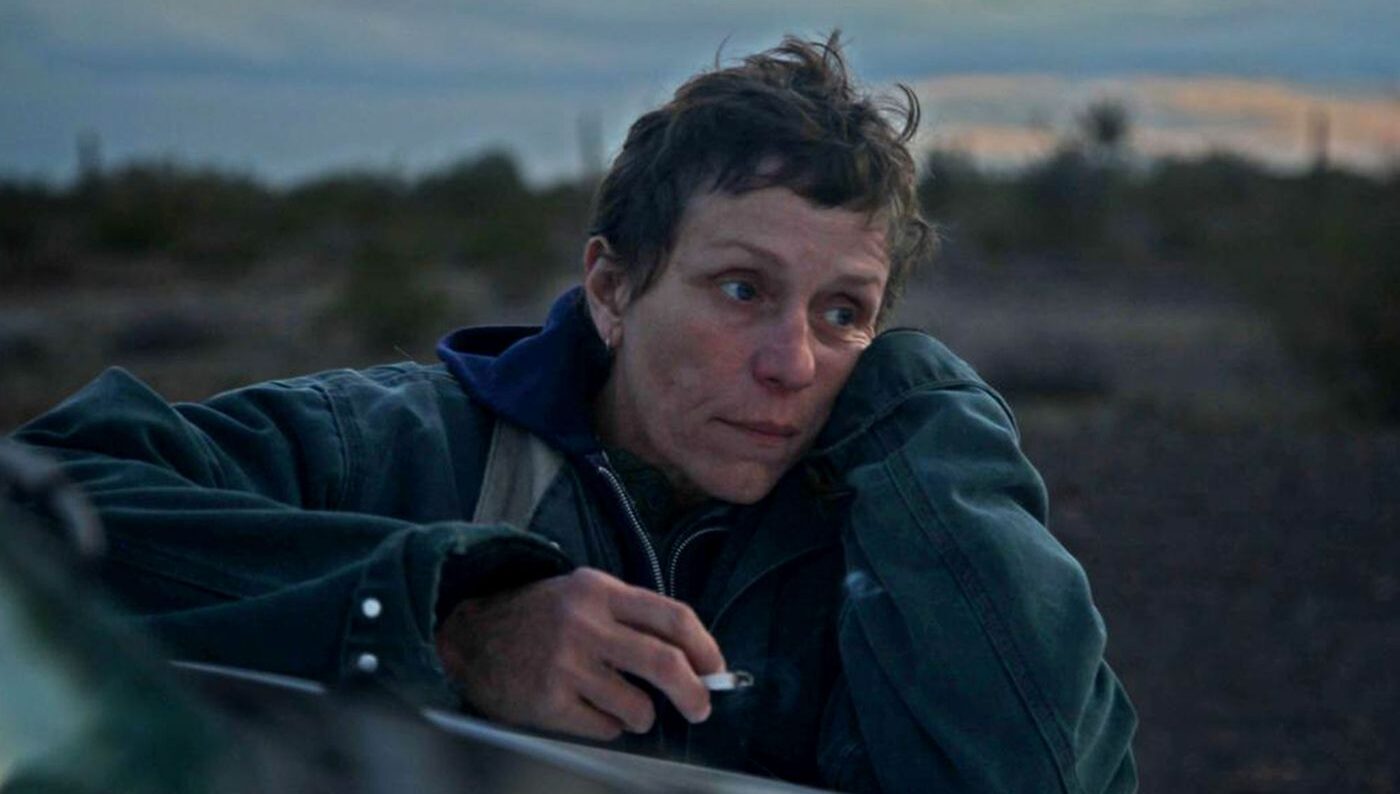 NOMADLAND continues and expands these considerations, with Frances McDormand continuing an unusually loose, exploratory streak of acting (even for her). McDormand plays Fern, a woman living through late 2010, unglued by the aftershocks of the 2008 recession, as well as the death of her husband. Fern is a gig worker moving through rural Nevada, picking up shifts in Amazon warehouses, selling off old belongings, and ultimately deciding to flip her life into a nomadic one. She buys an RV and zips around the American West, saying very little and expressing an incredible amount. When you spend a fair amount of time alone, your smile gets a little wryer, your jokes a little funnier, if only to yourself, your body language looser, and your pauses a little sadder. NOMADLAND’s sweetest grooves display that sentiment, or rather, allow Frances McDormand to show it; the film is a ping-pong match between McDormand’s expressivity, Zhaó’s cutting, and all the mysteries this country’s landscape wring out of the two. That’s the movie. It’s behavior and movement.

NOMADLAND’s other major collaborator is cinematographer Joshua James Richards, who is unbelievably attuned to finding and sculpting the exact light that she needs. Not to be a gossip, but the two are dating; I can’t say their images don’t reflect that union. Their camera considers RV parks or national parks the way Ford used to consider stables or saloons—emblems of civilization, if you wanna see it that way, or of pure, untethered emotion, if you wanna feel them that way. We both access the facts of the physical and the feelings pulsing through those facts. The duality is hard to pull off, and it’s intoxicating. 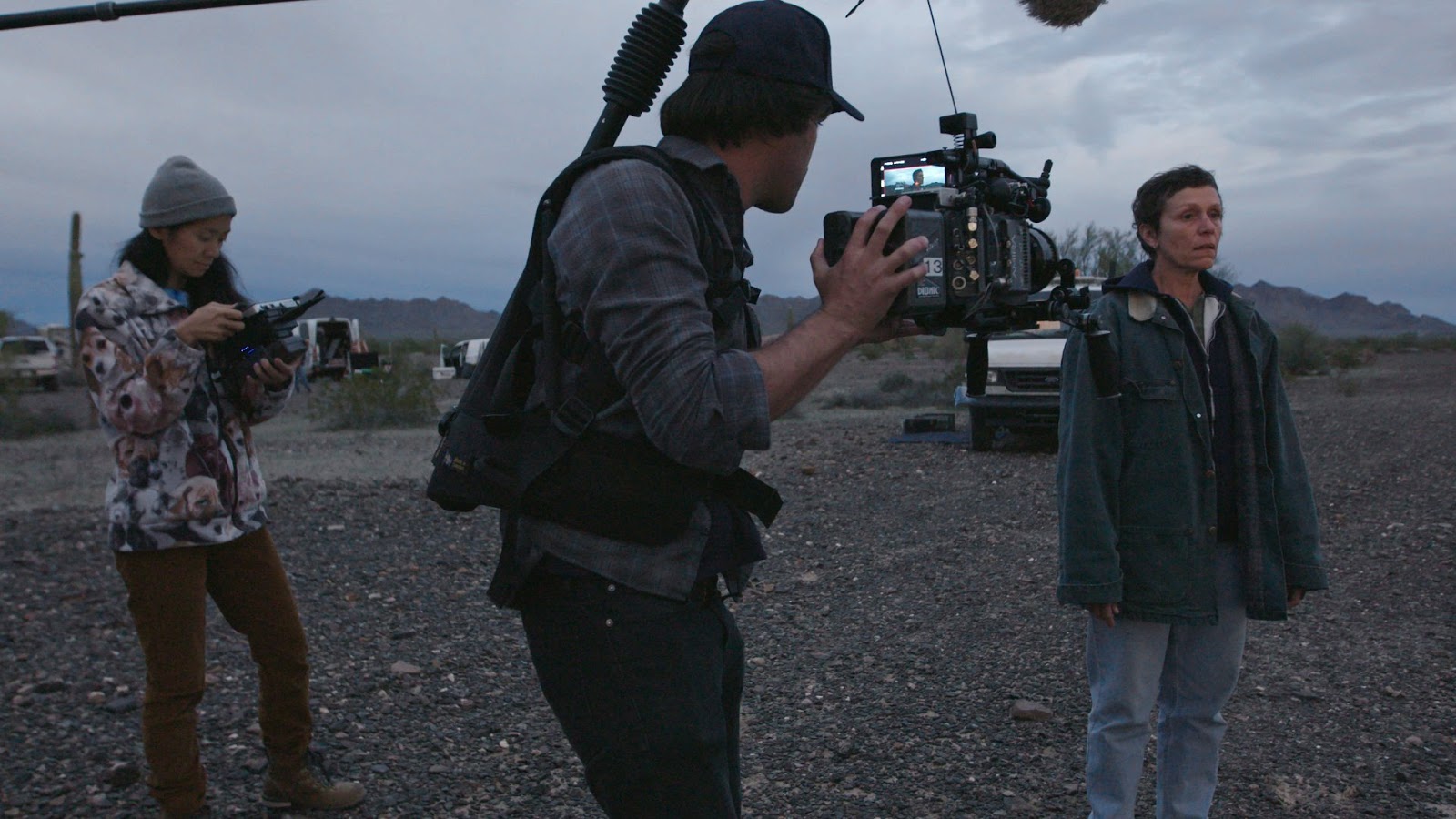 There’s no question that the docu-fiction hybrid is initially a little suspicious here. Zhao’s methods in THE RIDER were dependent on a sort of documentary casting element. In production for NOMADLAND, she would similarly send producers to the next town on the shooting list, rack up clips of 40-50 locals with an iPhone, then approve the best of the best, writing their dialogue on the fly and jamming them into the movie. That is a remarkably risky, intuitive way of working, but it also teeters a little close to what one could call “poverty tourism.” You know the type of movie. You know the distressingly high amount of fall and winter releases that do their damndest to tunnel into the circumstances of the economically despondent to effectively trick middle and upper class folks into feeling they understand the poor.

The movie seems to behave this way for about 40 minutes, Frances McDormand working a hard factory job and hitting the hard road in hard weather and doing hard things like defecating in a bucket or dealing with punctured tires in the middle of fuck-all-nowhere. But Chloé Zhao is not Hollywood, by which I mean she’s not laden with guilt. And so the finest trick up NOMADLAND’s sleeve is the fashion in which its more “realist” aspirations gradually dissolve, giving way to a speed of cutting ending up way deeper in the subjective, drifting way off the ground. The effect is like a documentary dropping its mask and surrendering to the loose, associative logic of a dream. Fern’s emotional reactions to her locations begin to affect the speed at which Zhao cuts through them; wistful locations start to inspire wistful cuts. We feel Fern missing things once they’re over; we feel Fern missing things before they’re over. The movie starts feeling itself and changing itself.

NOMADLAND’s energies are deeply mournful. But I also know that watching such a big-screen experience on a 13” laptop is going to inevitably result in losses (see: FIRST COW). To the extent that cinema can bail us out of these times, even just psychically—a proposition that is deluded, flawed, and also absolutely everything to me—NOMADLAND is up there. And while Zhao’s follow-up may not have the diamond-bullet focus of THE RIDER, why do directors have to drop a decade-peak after a decade-peak? Those that have seen this on the big-screen seem to describe it as a slow, euphoric release? Lucky audience. That Zhao has written, directed, produced, and edited NOMADLAND herself? Lucky woman. Deserving in every way. 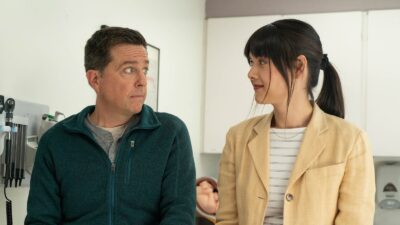 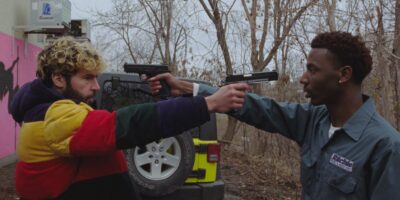