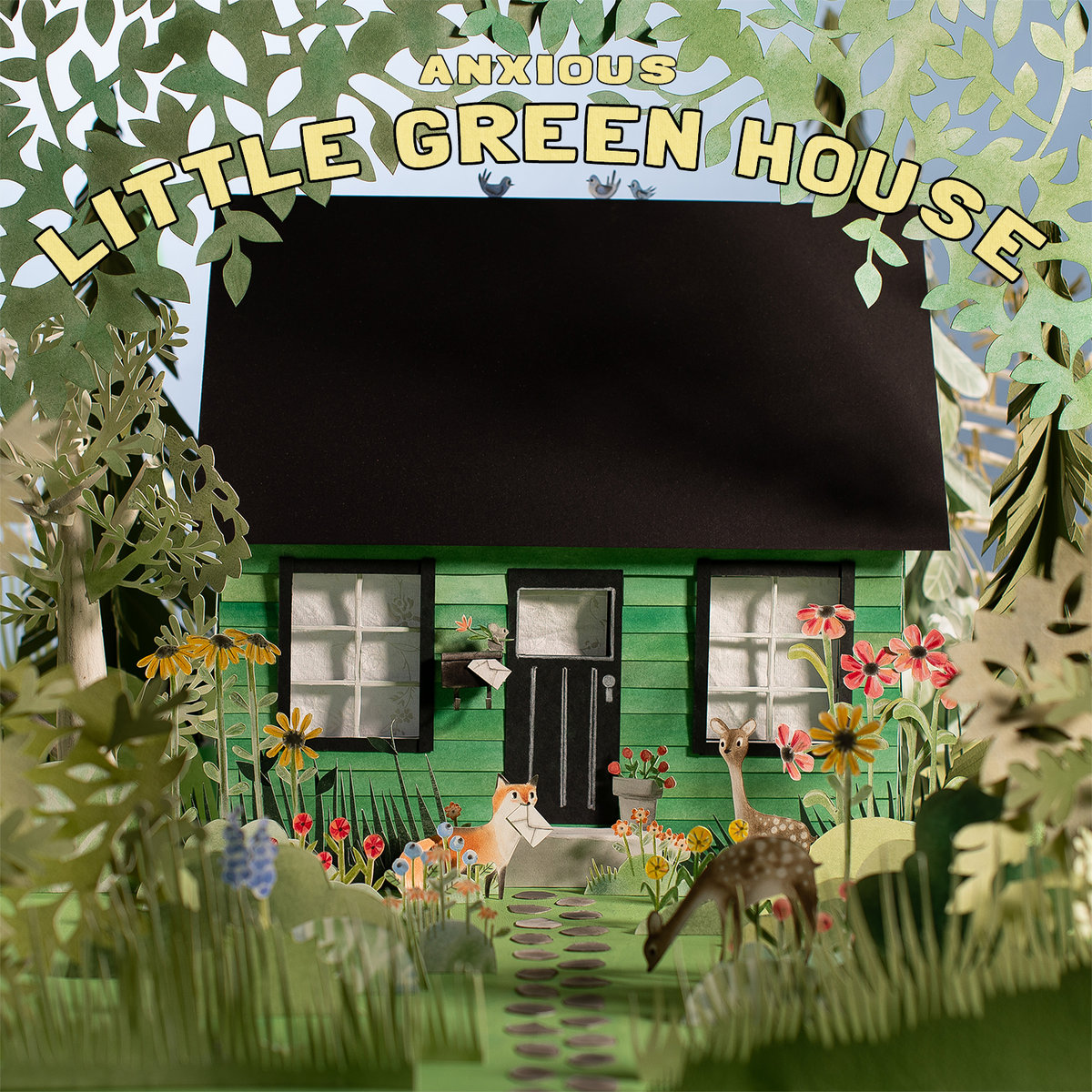 Favorite Tracks: “In April,” “Growing Up Song,” “Speechless,” “Call From You”

Only two years out of the womb, I wasn’t afforded the opportunity to strut around a pre-9/11 college campus to Jimmy Eat World’s BLEED AMERICAN like my brother was. The unabated palm mutes and glitzy grime of Mark Trombino’s production fell on deaf toddler ears. Now in my early twenties, during a period dunked on by Run For Cover Records, it’s logical that they would be the vessel for Anxious’s crisp pop-punk romp through the softer side of the double-kick hardcore scene that birthed the band. Swap fellow Connecticut resident Chris Teti of The World Is A Beautiful Place & I Am No Longer Afraid To Die into the booth and graft some of the post-hardcore edge of Anxious’s debut EP, NEVER BETTER, onto the melodies and you’ve got LITTLE GREEN HOUSE, my answer to sibling nostalgia envy.

Stylistically, the line from 2019’s NEVER BETTER to LITTLE GREEN HOUSE is weaving. Writing for the new record, guitarist and backing vocalist Dante Melucci immersed himself in the music of his childhood. Power pop and indie staples like Fountains of Wayne and Death Cab For Cutie intersect with the understated complexity of The Beach Boys. They have no qualms with pulling from disparate places, and for good reason. Anxious’s aversion to scene worship is paradoxically why they’re one of the most important hardcore-adjacent bands right now. They can pull off Beach Boy “ba ba” harmonies on a song like “Wayne” and follow it up with the aggressive “Speechless,” all while embodying the same sentiments: growing up is hard and artists should be afforded range.

A breakup/coming-of-age combo record requires its fair share of somber downtempo catharsis, but LITTLE GREEN HOUSE is best when it’s speedy, and transcendent when individual cuts skate the chasm between extremes. The opener “Your One Way Street” is propelled by an open chord riff that could fit snugly onto Dinosaur Jr’s BUG, followed by frenetic syncopation that’d make Ian MacKaye blush. As the tone shifts, angst gives way to angelic harmonies in the last quarter of the track, while lead singer Grady Allen shrugs towards peace with the reluctant truth, “No one’s to blame / We both have changed.” Despite Anxious’s altered formula, Allen is not shy in calling the hardcore scene his home. Pat Flynn of Fiddlehead even cosigns their iterations on the genre through his guest vocals on “Let Me,” a chugging storm of a track with similarly capricious changes in intensity. With the hardcore community behind them in spirit and influence, Anxious have struck a defined niche without alienating proponents of the heavier flavors of the genre.

Anxious is a hard band not to root for. They wear their hearts firmly on their collective sleeves (if you couldn’t guess by their name) and are leagues beyond their years musically. While it remains to be seen whether or not they can expand the breadth of their lyrical themes beyond the heartbreak and chaos of young adult life, the album isn’t bootstrapped by the age-old questions it explores. Cohesion and relatability are the driving forces here. Insulated from the world at large, LITTLE GREEN HOUSE is a haven to live with our interpersonal conundrums, no matter how trivial. On the other hand, friendship, love, and aging all make for fine topics when the music rips this hard. Buy the record on Bandcamp. [Chris Burleson] 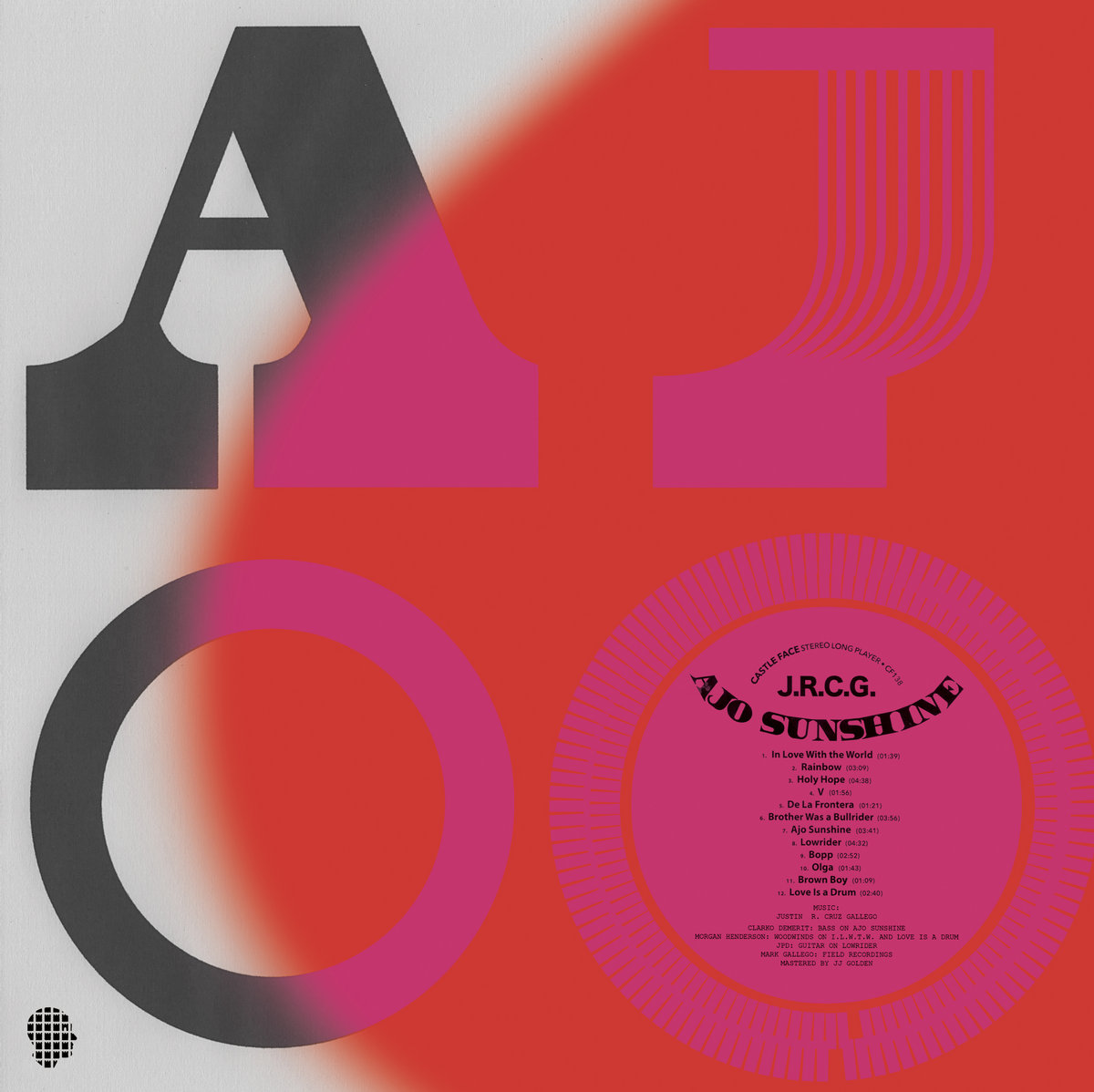 Seattle’s Dreamdecay released one of my favorite LPs in 2017—okay, favorite’s a slight misnomer; while YÚ is 35-minutes of compelling, blown-out psych-punk wrapped in a sturdy coat of ramshackle ambient, it doesn’t quite mesh all the way, and you’re sort of left to appreciate the two sides of the LP separately. Late last year, in a kind of revisionist manner, Dreamdecay’s Justin R. Cruz Gallego got a chance to retweak the formula. The end result is J.R.C.G.’s AJO SUNSHINE.

It’s not that J.C.R.G. is some exact continuation of Dreamdecay; rather, Cruz Gallego is trying to work out similar ideas and energies. It’s why we get tracks like “Rainbow,” which builds from a desert rock jam, caked heavily in angst and dust alike, into some march of otherworldly noise and anxiety. Or the title track, which takes a more even-keeled approach in expertly marrying the drone elements with a big, swaggery ’70s rock anthem, and thus feels more engaging and fully-formed. The same goes for “Lowrider”: it feels like the album’s at its best when it tries to reconcile more free-form experimentation with a robust, nostalgia-tinged blend of garage, punk, and a dash of hardcore.

Still, that’s not to say that the LP isn’t its own beast entirely. “Holy Hope” is, on the surface, the best example of this dichotomy, but it also feels like it spins in more electronic elements and strands of frills-free dance music. That sets it apart from some other Dreamdecay or J.R.C.G. tunes and shows that it doesn’t take much new blood to break from the usual bags of tricks employed here (read: lots of droning and junk noise.) There’s also more instances of “experimental” elements injected throughout the LP. Songs like “Brother Was a Bullrider” and “Bopp,” together a mixed-bag of jarring samples and ambient that are effective in their own ways, help break up the LP. And that blend, compared to the “uneven” tendencies of YÚ, gives this album fresh life. It extends certain sonic obsessions of Cruz Gallego, while also letting him extend his language and cultivate new sonic worlds.

Maybe it’s a little silly to think of YÚ and AJO SUNSHINE as “siblings,” even if they were made by the same dude. Instead, they feel more like stories from the same weird small town, or maybe even books from the same niche coffee shop/bookstore. Bad analogies aside, they share aesthetics, influences, and general ideas about how rock could sound. It’s less about one correcting the record, or cleaning up the other’s messes, but demonstrating that creators can tell stories across projects in a way that feels compelling to fans who take the time to tag along. I won’t spend as much time trying to “crack” AJO SUNSHINE, and that lack of mystery might hurt its long-term charm. But it’s a damn fine record, and certainly that’s enough? Listen now over at Bandcamp. [Chris Coplan]