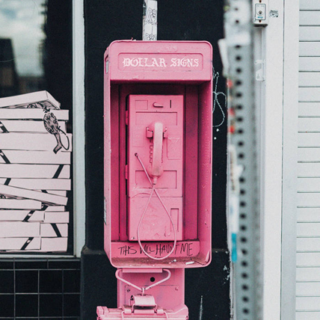 Dollar Signs – THIS WILL HAUNT ME

When I was in college, I worked at my college’s information system and technologies department. It was a mundane job, for the most part, but my bosses were nice and it was a nice place to show up part-time. One of my occasional tasks would be to cover the front desk, which became a forced exercise in examining human behavior that was half delightful and half infuriating. One guy, we’ll call him Brad, was particularly exhausting to be around. He was mostly disliked by his peers, gave off mostly negative energy, was probably not particularly good at his job (he was eventually let go), perpetually listened to sports talk radio at his desk, and (I believe) was thoroughly disliked by his own wife. Brad was insufferable to be around and yet that didn’t stop his attempts at making small talk with me regularly, mostly regarding Fantasy Football (his wife wouldn’t let him play anymore) or current movies (he’d almost always never seen any of them). Brad sucked, plain and simple.

On THIS WILL HAUNT ME, the latest from North Carolina “gothic anime” rock outfit Dollar Signs, there’s a track called “?” that so amazingly captures my experience with Brad and working in that office that when I first heard it, I almost choked on what I was drinking, from the baseball statistics to prying into the college experience, to even one time seeing someone at the office watching porn when they thought no one knew. While it would be fairly easy to boil down this Dollar Signs review to “RIYL Jeff Rosenstock” and leave it at that, it perhaps does a disservice to THIS WILL HAUNT ME’s delightful, bubbling corniness. Even if Jeff’s shtick is, at this point, more honed, specific, and thematically developed, his younger, goofier, more over-the-top energy is mirrored pretty directly here. Spending time in a sleepy, cubicle-filled office throughout my early-20s had a way of weighing on me, and that weight is hilariously explored through Dollar Signs’ smug, confetti-exploding manicness. From office and wedding stories, to a spiritual reworking of Reel Big Fish’s “Sell Out” called “Shallow Pop Songs,” to beer-swigging depression anthems like “TEARS / BEERS / FEARS,” a fair amount of ground is covered on THIS WILL HAUNT ME, and yet if you hear one song and like it, you’re going to likely like them all. Just like hearing my experience with Brad sung back to me, hearing animosities and fears and tiredness explored through insanely bright bursts of pop punk make you very glad to not be alone in the world. Don’t overthink it, and listen to THIS WILL HAUNT ME here. 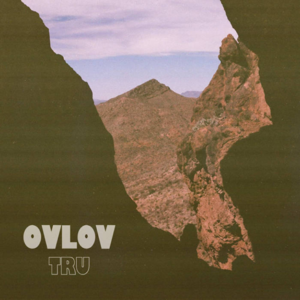 Even if it wasn’t intentional, taking five years to finally get around to making another album with Ovlov did wonders for Steve Harlett’s summer bummer fuzz. Reaching back to the last decade, Ovlov made wreckless college rock for the internet age Dinosaur Jr. fan and, at the time, they did it fairly well. Admittedly as the years have gone on and the gap between that music’s initial heyday and the present has grown, the number of bands making loud, hazy guitar rock has shrunk considerably from its nostalgic peak at the turn of the decade when Ovlov began; No Age pulled off a similar hiatus, Yuck almost broke up and then fell into obscurity, and bands like California X and Cheetahs failed to ever take off. All the while that particular rock trend has moved further and further into obscurity, and beyond No Age’s excellent SNARES LIKE A HAIRCUT, rock has been more polished as of late. And while the imitation of that late-‘80s, early-‘90s scene was somewhat clumsy, especially given many of the bands creating that sound at the time (including Dino themselves) were still putting out quality releases into this decade, that five-year hiatus that Harlett and company took proved important not just for the posterity of the sound, but for the band itself.

TRU pulls no punches, a heads-and-tails evolution from their previous material. It’s better recorded, more thoughtfully compiled, and more wholly enveloping than anything off 2013’s AM, an unlikely comeback far outside of the scene’s peak. Like the filtered mountain on the cover, it’s a dry, arid sounding album for humid summer days when the beer has to be accompanied by a cold water. You can hear a sweating, tired urgency to the guitar soloing here, from the opener “Baby Alligator” to the six-minute closer “Grab It From The Garden,” a slow, lumbering giant that would make J. Mascis proud. The breakdowns on TRU make it immensely memorable, from the firing squad drumming and flashlight synths that guide the end of “The Best of You” to the clean guitar shimmers that fall victim to a wall of sound on “Tru Punk.” Unlike AM, TRU moves with a satisfying briskness, with the bulk of it made up of short two-or-three-minute tracks that take no prisoners with Theo Hartlett’s drumming and the washed-out tone. Had it come out in 2010, TRU would have scratched most blogs’ top 20 albums of the year, but even today Ovlov’s scorching, bleeding sound is intensely singular, even refreshingly so. If we have to wait another five years for a new record, so be it—this was worth the wait. Give it a listen over on Bandcamp.