It’s our Bandcamp Picks of the Week, featuring one of the best slowcore albums from earlier in the year in Dreamtigers’ ELLAPSIS, and an ambient gem in Lilien Rosarian’s EVERY FLOWER IN MY GARDEN! 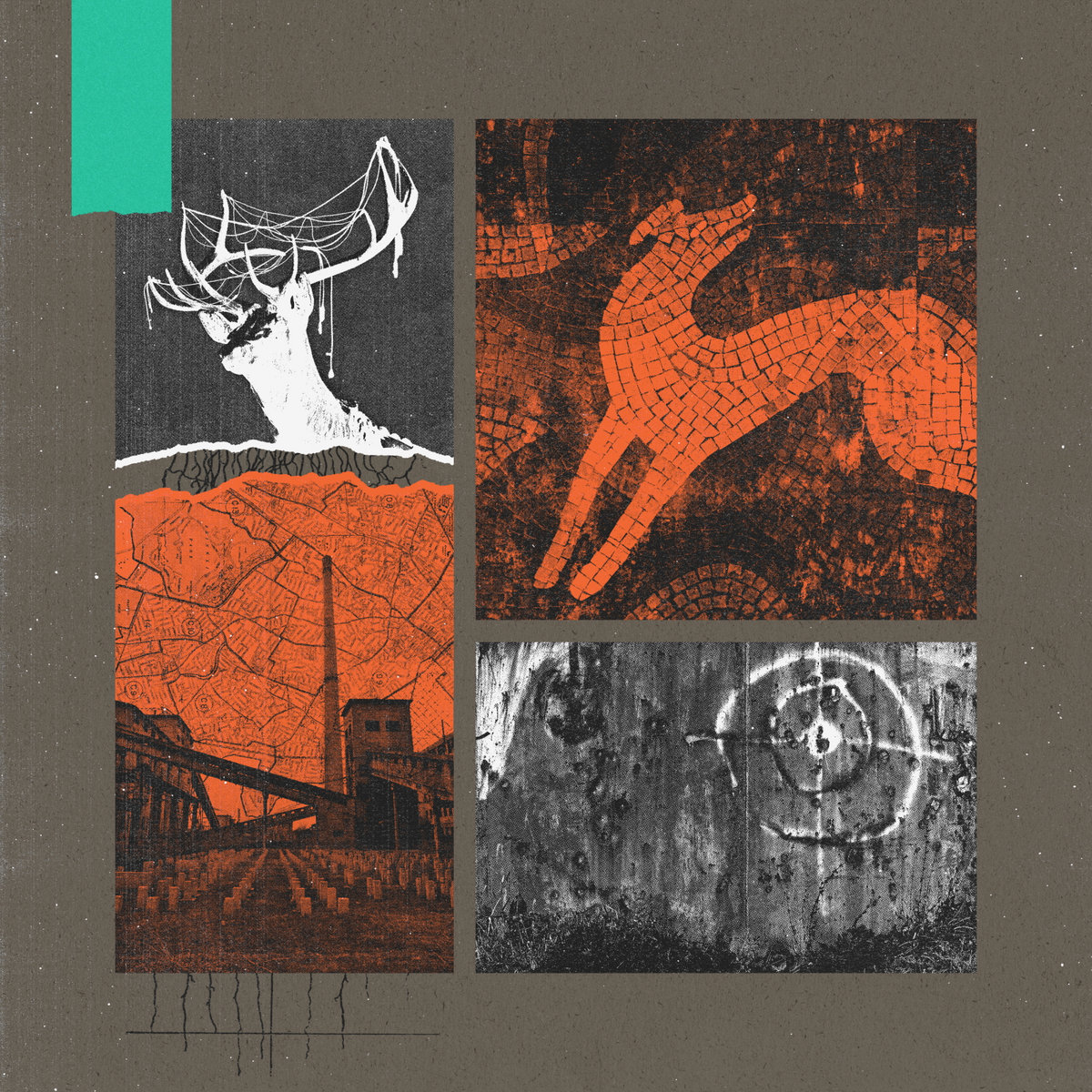 Favorite Tracks: “I See The Future,” “For Sally,” “Stolen Moments”

The two best tracks on Dreamtigers’ sophomore album ELLAPSIS come in the middle; “I See The Future,” a nearly six-minute odyssey of post-rock and shoegaze that recalls the relentlessness of latter day Mogwai or the towering builds of If These Trees Could Talk, bleeds into the album’s heart wrenching slowcore ballad “For Sally.” It’s as affecting a back-to-back musical punch as any other in 2022, the drum recordings alone this fathomless, weighty sound that acts as a beating heart throughout the album. Like the rest of ELLAPSIS, Dreamtigers find a way to blend the gripping theatrics of a more melodic post-hardcore sound and inject it into a glacially paced noise rock album. The results are extremely earnest–the kind of songwriting that recalls Brand New at their biggest and boldest (without hopefully all the baggage), or Rick Maguire at his most fervent. “Stolen Moments,” the six-minute anthemic post-rock closer, rouses musically while delivering cutting barbs over a fever-induced violin part; “What do I do now / As the photos they fade / Feel it sink like a roof in the rain / Slowly lower / The sound of your voice drags me away.”

The production across the album finds Dreamtigers moving into a more muscular and grungier sonic palette, compared to the one on 2016’s crisp and cleanly WISHING WELL. That decision comes in conjunction with the sheer intensity of the sound, which is also amplified in comparison to their debut; the pacing of the tracks is tangibly slow, built on energy that is throat grippingly urgent. According to the liner notes: “ELLAPSIS is a made-up word that means ‘Time Sickness,’ taking ‘elapsed’ and making it sound like a disease. Each song explores how time can multiply pain, over years and generations. Time and decay weave the whole thing together.” Tracks like “3.13.8” and opener “Six Rivers” are thick, muddy guitar tracks, that heart-on-the-sleeve lyricism shouted from the back of the room rather than right up on the mic, accentuating the sense of tragedy that throughlines the album. It’s a moving record, one that feels like a relic from a different era or emo and indie rock 15 years ago. You can experience the time sickness over on Bandcamp. [CJ Simonson] 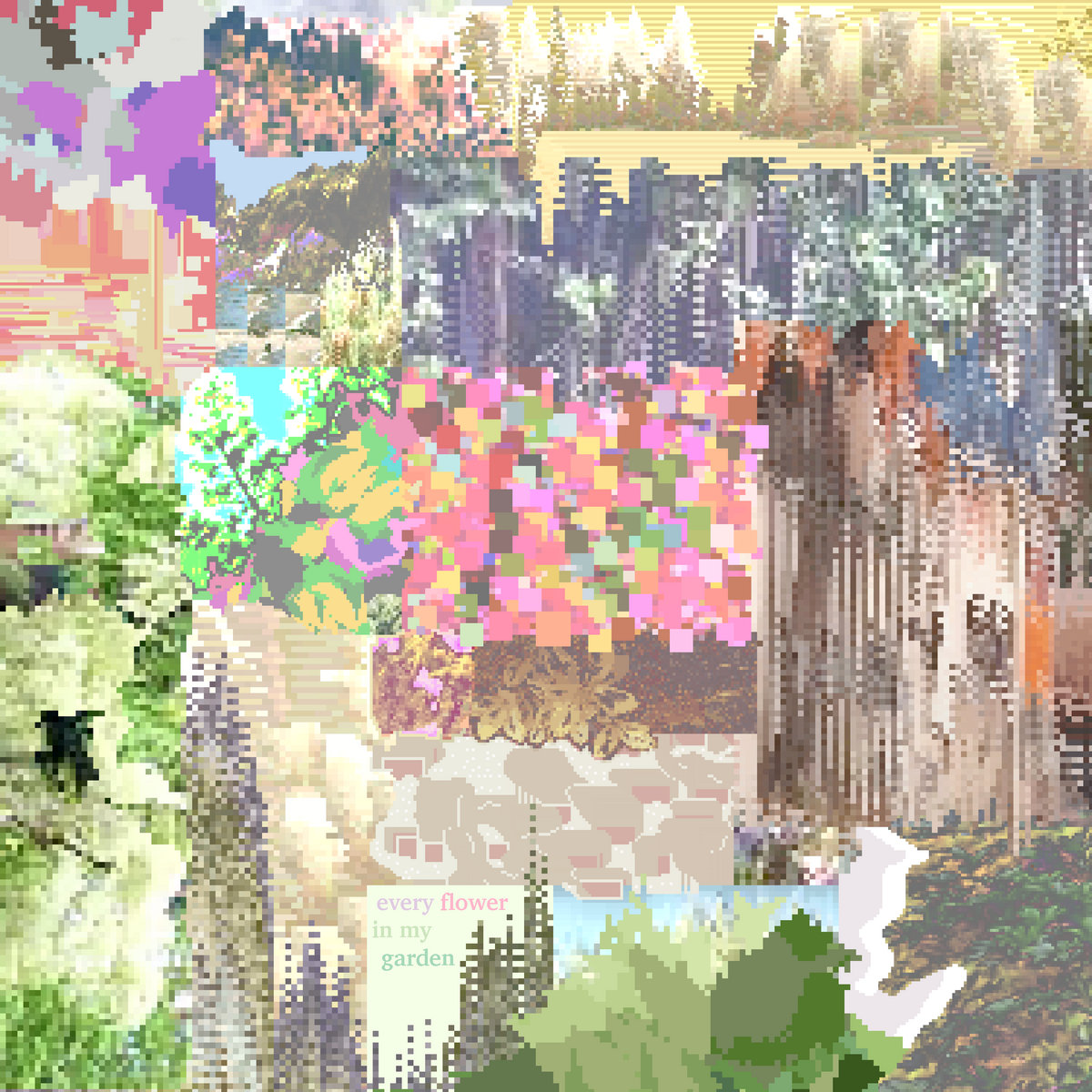 Lilien Rosarian – EVERY FLOWER IN MY GARDEN

Favorite tracks: i’m wide awake!,” “through rooms of living walls,” “reasons why i need you”

There’s an inherent intimacy to the way Lilien Rosarian makes her music, slowly stitching songs together onto tape. Her compositions are made of guitar, field recordings, short conversations, and the lucky moments when she caught something ephemeral and preserved it forever—what you hear is what she was able to capture in real time and weave into her songs. Her hazy second album, EVERY FLOWER IN MY GARDEN, explores what its predecessor did while giving it a bright springtime glow, blowing fragile melodies around with tape noise and fuzzy samples that have you treading through tall grass fields and across gentle river tides. It’s the kind of record that almost requires evocative imagery to describe its sound, songs so layered and lush that the only way to truly get an understanding of their beauty is to simply witness it for yourself. EVERY FLOWER IN MY GARDEN is the perfect name for an album like this: a delicate, deeply personal exploration of every little detail Rosarian puts into these 11 heavenly tracks.

Though most won’t listen to Rosarian’s latest on a tape, you can hear how important that technology was in cultivating her sound, the soft hiss that’s made as it spins forwards and threads around itself ever present. “pathways to someplace” rips apart and jumbles a vocal recording into something incomprehensible yet eminently human, a conversation you walk past too quickly to hear any of the words, the slow-paced wind chimes and string samples that follow so tranquil that it makes your heart ache; “reasons why i need you” buries chopped voice recordings under buoyant synths and the purr of a cassette player, each layer of the song like cherry blossom petals folding over one another. Samples of chimes, music boxes, bells, and strings crawl up out of the dirt before being nestled right back into it, the gleaming opener “i’m wide awake!” and the tender “establish residence” each braiding strings of samples and live audio that are as beautiful as they are fleeting. EVERY FLOWER IN MY GARDEN inspires calmness, and it’s incredibly rewarding to let yourself fall under the spell of her sentimental aural worlds.

EVERY FLOWER IN MY GARDEN is the kind of album where the importance isn’t about having a huge sound or gigantic concept, rather the beauty comes from how personal it is to Rosarian and how heartwarming it is to listen to. It’s a precious release that you hold with your palms open in fear of accidentally crushing it if you close your fists, music that is so sentimental and soul-baring that it hurts your heart to listen to. EVERY FLOWER IN MY GARDEN stands out from the ambient pack with a unique sound and starry-eyed presence, never ceasesing to tug at your heartstrings in every single moment. You can listen to it on Bandcamp right here, and be sure to snag a physical copy of the album. [Lurien Zitterkopf] 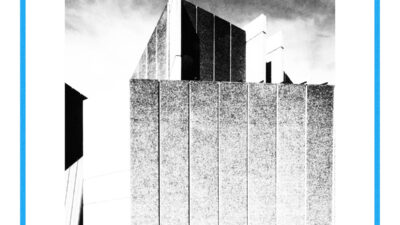