It’s another Bandcamp Friday, meaning Bandcamp will be waiving their share of revenue in order to help artists impacted by the pandemic. With that in mind, enjoy a super-sized installment of Bandcamp Picks of the Week 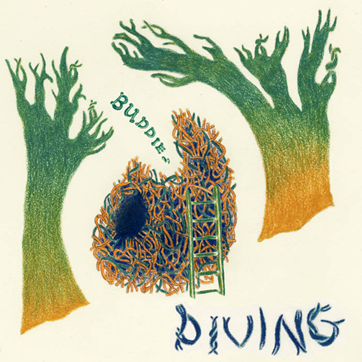 Buddie take you for a ride throughout their debut album, DIVING. Lead singer Dan Forrest grabs your hand and pulls you into the belly of a roller coaster cart and off you go, up and down through hooky melodies and choruses with vocals brightly tangoing with catchy, clean drums and guitars, each song simultaneously at odds and in harmony—following a proud tradition of Philly indie rockers, DIVING rips. Oh, and did I mention it’s a tight 30 minutes?! Not leaving a lot of extra fat around the edges, Buddie come in hot with arguably the album’s three best songs at the top: “Boiler,” a scuzzy, shoe-dragging rock build, my personal favorite, “Heartbeat,” and their mildly mid-2000s emo-meets-moder- indie pop cut “In Aquamarine.” “Heartbeat” in particular perfectly exemplifies Buddies mastery of “the ride,” dipping from irresistible chorus to searing guitar solos, rising to soft builds, clearing those by about a mile with the full force of a garagey, power pop, punk anthem, then–some might say–diving back into that oh-so-catchy refrain. Truly a bright spot in these dark times, DIVING is the first sip of iced coffee in the dog days of summers past. My boyfriend often jokes that since losing my commute, I only listen to the same four albums. Well, now it’s five bitch. Go check out DIVING over on Bandcamp. [Tapley Eaton] 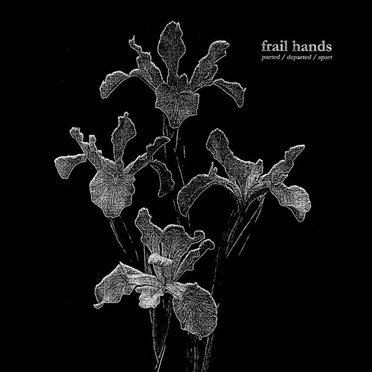 The vocals blasting into the mix on “Holding” are the equivalent of a cold rush of water unexpectedly jolting you awake, and Nova Scotian screamo act Frail Hands use their redefining opener on PARTED/DEPARTED/APART to establish a new era, one separate from former lead vocalist Dawn Almeda, who dropped out after their excellent 2017 self-titled record due to vocal strain but still lends songwriting duties across the group’s latest. Each song is a singular, explosive blast of melodic hardcore, the drumming and vocals furious to the point of becoming nearly overwhelming on the instantly hard-hitting “Visions” or the emo fury of “Still Life,” but each feels entirely grounded by the focused, often beautiful guitar parts. Frail Hands’ land that blend of sadness and anger just about as well as any artist working in this larger genre, at times actually astroplaning out of themselves in rage while finding ways to return to a beautiful depression within a dizzying two-minute span (See: “Hamartia”). PARTED/DEPARTED/APART smartly finds a degree of chaos to their music that was perhaps missing on the at times more straightforward aggression of the self-titled album, almost using the music to hide what they lost in having Almeda as a the obvious dynamic central presence, and it’s a smart bet to hedge; while Almeda would’ve swallowed these songs whole in a way that new vocalist Tom Burke simply can’t, Frail Hands shift the songwriting just enough to take some of the spotlight off of Burke and he does a great job, throaty and intense as one could hope. It’s a top-tier hardcore release if you need a 2020 release to channel some emotions through. You can check it out over on Bandcamp. [CJ Simonson] 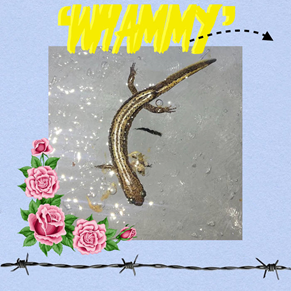 Sometimes less is more. In their four years as a recording band, Richmond, Virginia talk-rock darlings Lance Bangs have put out a whopping 21 minutes of combined music. While the power trio may not have a vast discography, the band’s compact nature has earned them coveted slots opening for Alex G and Horse Jumper Of Love in their landlocked Southern hometown. The group’s latest, WHAMMY, doesn’t waste a second of their listener’s time. Kicking off with the absolute banger in “Dead Man,” every moment on the EP is a guitar-driven treasure that prompts an immediate rewind. The opening moments of “Apt Building” are oddly tear-jerking, while the hell-raising symbolism on “Spike” nails rock and roll mysticism in the most goosebump-provoking way. WHAMMY’s cockamamie but emotive lyricism at times recalls David Byrne, while its stripped-down, Crack Cloud-y instrumentation possesses a unique reverb-lessness that frees up space for every sound to come through with spine tingling clarity. While the record flaunts its unphased homegrown ego, its bargain basement production value works uniquely well, and recalls Connecticut math stalwart Peaer’s best demos. There’s only so much that can be said for an 11-minute EP whose longest song is under two-and-a-half minutes, but, on their sophomore effort, Lance Bangs prove themselves to be the best under-the-radar indie band on the East Coast since Blue Smiley. You can check out WHAMMY on Bandcamp. [Ted Davis] 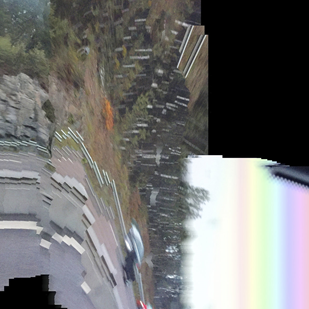 Nuvolascura – AS WE SUFFER FROM MEMORY AND IMAGINATION

Entirely unplanned, releases under the loose umbrella of hardcore seems to be on the brain this week (see Frail Hands above), but I guess one need only open Twitter to understand why that may be the case. As far as Nuvolascura is concerned, they serve it big, brash, fast, and angry, hearkening back to emoviolence greats such as Orchid, pageninetynine, and Jeromes Dream, maintaining the righteous fury and cascading emotional overflow of the greats while also incorporating enough melody and genuine mathy-chops to act as firm and affirming proof that the genre has spent the ensuing two decades or so spreading outside of its once exceptionally insular scene. While the heavy-hitting nature of the first volley of songs are the perfect balm for anyone looking to amiably slug some steam off in a pit, it’s the tracks that demonstrate genuinely layered and developed songcraft that stick with the listener once AS WE SUFFER FROM MEMORY AND IMAGINATION has run its course (“Pixel Vision Anxiety”), with fun diversions such as the Deafheaven interlude-evoking “Irreversible Crying Spell” and “In Consequence of Coincidence” and left-field turns such as the cathartically cresting “Essentially a Vivisection” keeping the listeners pleasantly on their toes. The vocals are appropriately urgent and Earth-razing, the technicality on display is impressive without overbearing the raw animal outrage at the core of the music, and the whole thing’s over in 21 minutes. Considering the band is still divvying up sales on a weekly basis to various justice-driven funds and charities, there’s no reason you shouldn’t check out AS WE SUFFER FROM MEMORY AND IMAGINATION here. [Thomas Seraydarian] 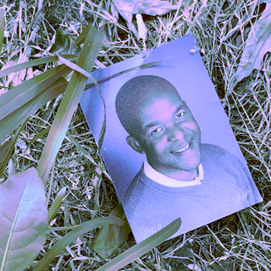 As hyperpop’s once-niche influence begins to seep into more and more art in the zeitgeist, a lot of indie music as we’ve come to know it has begun to feel outmoded and obsolete. Denton, TX’s Yalc123 is one of the first underground artists I’ve heard since 100 gecs scrambled our conceptions of pop music as we’ve known them to bridge the gap between a makeshift ethos and the surreal futurism that is coming to define the maximalist tendencies of pop music’s new guard. Moment’s on YALC NITSUA MAILLIW like “Don’t Say Sorry’s” simultaneous bounciness and noisiness recall Body Meat and ARTHUR, while on the flipside “Saturday W/ U” evokes Chance the Rapper’s pre-sellout golden years. Yalc123 is at once familiar and enigmatic, as chilly synths that evoke the coldness of Toro Y Moi’s BOO BOO era lay the framework for wacky songwriting that quickly reveals layers of nuanced vulnerability. Though the floppy instrumentals may suggest that Yalc123 sought to make party anthems, the personable humility on tracks like “Someday” and “Special (Precious)” keep the 30-minute record grounded. YALC NITSUA MAILLIW strips away the bombast of post-PC music’s untethered ethos and exists in a comfortable and singular middle ground between traditional R&B and the avant garde. Listen to Yalc123 on Citrus City Records’ Bandcamp. [Ted Davis]