Writers Note: I deal with relatively extreme anxiety coupled with a fairly intense anger problem that has tended to see that anger turned inward to attack myself. I’ve done a lot of therapy and taken many psychotropic drugs, and generally I can manage my symptoms fairly well these days. Over the years however, I’ve found that nothing centers and grounds me in dealing with the apocalyptic feelings bouncing around inside my skull quite like extreme heavy metal. Taking internal feelings of chaos, rage, and despair and channeling them into punishing music makes them leave my head and get dispelled through my body. These days, it seems that everyone I know is living with their own levels of anger, fear, and grief. With that in mind, I’d like to recommend some particularly savage metal to soothe the soul. — Podcast Editor, Carter Moon 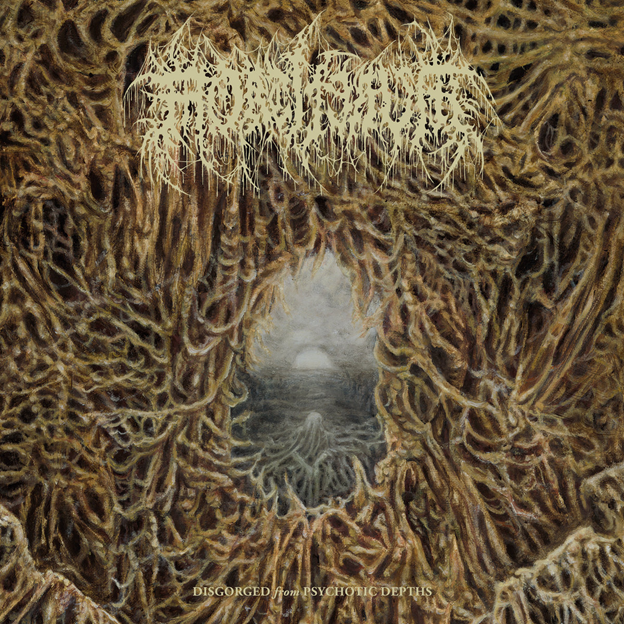 On Sunday, March 8th, right before all of California went into lockdown, I drove four hours roundtrip from Los Angeles to San Diego and back to see Mortiferum perform at the Che Cafe. It was a stupid idea—COVID-19 was clearly becoming more serious by the day and my car was barely holding it together, but I desperately needed to see Mortiferum perform songs from DISORGED FROM PSYCHOTIC DEPTHS. From the first time I heard “Archaic Vision of Despair,” I struggled to imagine how a band could pull off such ferocious and technically precise music. There’s almost no limit to the punishing noises I’m willing to subject my ears to at this point, but DISGORGED puts me through the ringer. A lot of death metal bands try to conjure the feeling of being dragged into hell, but the last minute-and-a-half of “Archaic Vision” is the first time in a long time I truly imagined what that might feel like. The album art was so vague and yet so eerie, crushing and immediately captivating. Extreme death metal can easily hit a wall of being one-note, a band gets good at being brutal in one very specific way, and they serve that up with only slight variations until they run out of edgy ideas for song titles. Mortiferum blows way past that, constantly mutating and building their songs into deeper and deeper levels of psychotic madness. Mortiferum will forever be “the last band I saw before Coronavirus,” and that’s so oddly fitting, seeing a band pull off a Herculean feat of technical prowess and savagery was exactly the right mindset I needed to face this virus head on. You can check out DISGORGED FROM PSYCHOTIC DEPTHS to test your own tolerance for madness here on their Bandcamp. 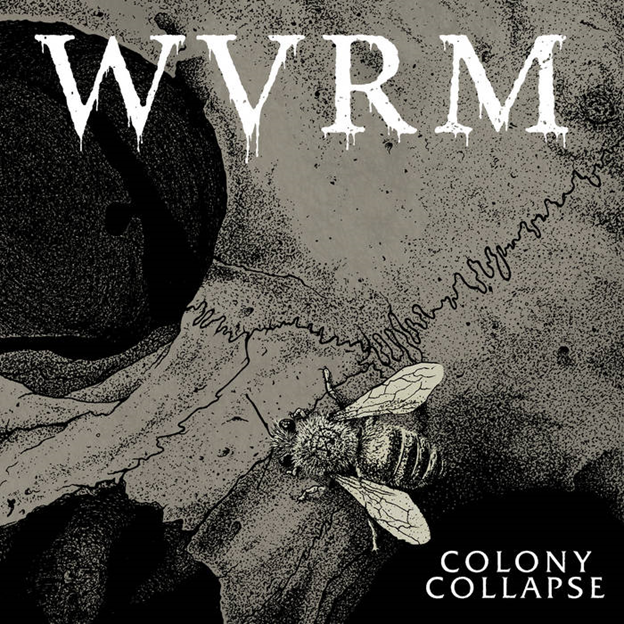 WVRM could not have known that their latest full-length release would coincide with the shocking spread of a global pandemic and an economy-astonishing free-fall. It’s almost a twisted blessing for the grindcore band, with the world suddenly aligning with their music perfectly. A cancelled tour aside, it’s clear from the record’s immediate reception on Bandcamp that the release is perfectly striking a chord with fans of extreme metal. As I’ve driven around Los Angeles this week, hurtling down empty freeways and passing pedestrians in face masks and gloves, COLONY COLLAPSE has been the only music that makes any sense. WVRM didn’t predict COVID-19, but their music has long been inspired by the rot and cruelty lurking around every corner in this country that has caused the spread of the disease to be so devastating. The band has been making obliterating, potent grindcore for years (their 2017 EP CAN YOU HEAR THE WIND HOWL is stellar as well), but their latest outing feels like a leveling up for a band that pushes their audience to their very limits. What really sets COLONY COLLAPSE apart from so much similar grindcore is their obvious rage at the current state of things; rather than delving into violent fantasies for the sake of being edgy, WVRM’s music comes from total and complete rage at the system we find ourselves living in. On “Black Flags Towards Sodom,” they begin by unleashing the following screed: “These days are fucking fury / Burning desperation laid writhing on the slab / Our souls ablaze in sonic monument / In hatred of this failed nation.” Pure, righteous rage, combined with deep, deep pain permeates every moment of this album, and for this particular moment, it’s hard to imagine listening to anything else. You can listen for yourself here.