8hours is a new website dedicated to curating video essays around the web from the minds of film enthusiasts for like-minded fans, aspiring filmmakers who want tools to learn the craft, and video essay aficionados. I had the pleasure of asking founder Isaac Chehebar a few questions.

Let’s start off easy: tell us a bit about yourself and your background!

Of course! My name is Isaac Chehebar – my friends call me Zookie, which stems from my Egyptian background, though I grew up in Brooklyn, New York. And to put it simply, I’m obsessed with movies. My film “education” largely came from watching (and rewatching) films. I graduated from the New School in 2013 with a BA in Philosophy and a minor in Religious Studies. Shortly thereafter I enrolled in Cardozo School of Law, where I concentrated in Intellectual Property.

Awesome! Still keeping things easy: in your own words, what is 8hours and why should we all be paying attention?

I’ve got to get better at this, to be honest, because it feels a little gratuitous to ask for anyone’s attention when it seems like there are a million and one things competing for that attentiveness at any given time. But that being said, I do believe we’ve built something pretty special. 8hours is the first online video platform to exclusively curate video essays on film and television.

It’s the resource I wish I had after watching a movie. It’s the website I’d have turned to had it been around while I was making my own short film during my first year of law school.

How can someone go about submitting video essays for consideration on 8hours?

Easily. Just click on the “Submit a Video” tab on the header and fill out the required fields. Our team considers all submissions.

Tell me about 8hours’ “a-ha” moment. When did you know it was time to move forward on the idea?

The idea started brewing while I was making my own short film. I didn’t have a formal filmmaking education, nor was I part of the type of community that film school typically offers. I hit a wall when it came down to visually mapping out the film. I came across the video essay channel, Every Frame a Painting, and was completely blown away by the technique and specificity of the videos. Watching them became a critical part of the preproduction process.

These videos and others like it pretty much gave me a crash course in filmmaking.

It didn’t hurt that some of these videos were even more entertaining than the films they were analyzing.

Watching these video essays soon became something I thoroughly enjoyed, outside of making my film. I couldn’t believe how “buried” and difficult some of them were to find, but the viewership and engagement on these videos showed that there was a large and passionate audience out there who saw the value in this art form.

I think this is the perfect time for a site such as 8hours to exist, as it feels like we’re in a time where people are really responding to and engaging with video essays. What, in your opinion, is the unique appeal of the video essay?

I’m glad you agree! To me, the appeal of video essays is that they’re digestible, educational, and highly entertaining. It’s pretty cool to witness a relatively new art form grow and evolve right in front of you. And of course, this is entirely due to the creators of these video essays. The skill and prep involved in the making of these videos is remarkable.

Looking at societal trends overall, it seems as if attention spans are shortening, so why do you think the video essay is rising as a form of education or edutainment?

I think you said it. With so many things competing for our attention, people feel strapped for time, and they want the endeavors they do give their time to, to add value to their lives. To me, this is the equivalent of attending a really awesome film class, except you don’t have to change your clothes. Or leave the couch. Oh, and it’s free.

Who are some of the creators you have personally found the most inspiring?

Great question. There are so many great creators, I’m reluctant to only name a few. There are also newer creators whom, had we not built this platform, we might’ve never discovered. It’s definitely inspiring to see those breaking into the art form and doing amazing work.

The site is quite impressive in terms of both layout and the comprehensive amount of video essays available, especially considering its recent launch. What’s been the process of curating video essays to feature?

Thank you! That means a lot.

We’re a team of three, and every video, category, subcategory, etc… is manually chosen and sorted by us. It took us close to 18 months and countless hours of watching videos (not complaining) to get the library to where it is now.

I notice that, at least as it stands now, 8hours is firmly focused on film and television. What about the video essay format do you find particularly valuable or unique when studying these mediums?

I think it’s because both mediums use audio and visuals to present an idea to the audience. As opposed to a written review, a video essay allows you to dive into the visuals and audio of the film. It’s closer to the medium of filmmaking itself.

Video essays seem constantly plagued by disputed “fair use” laws. Have you ever run into this problem yourself? What do you personally think constitutes “fair use”?

Fortunately, we have not run into this problem yet. Fair use is a legal defense to copyright infringement. The purpose of using the copyrighted work must be for “criticism, commentary, news reporting, teaching, scholarship, or research.” The problem with fair use, however, is that it’s dictated by case-law and court decisions are impossible to predict, making it often difficult to rely on fair use. In the case of video essays, there is a strong argument that the use does qualify as fair use.

Some of my personal favorite video essayists are music-focused, such as Punk Rock MBA. Do you have plans to expand the scope of 8hours to cover video essayists working in other mediums such as music or video games, or is the focus on film and TV for the near-future?

We think about this question often. For now, it makes the most sense to stick with video essays focused on film and television and make the website the best it can be.

Thanks so much for taking the time to answer these questions! Any final thoughts?

Yes, thank you so much for considering us for this e-interview. We do what we do for people like you. Thank you.

ANTHEM Is a Monument to Mediocrity 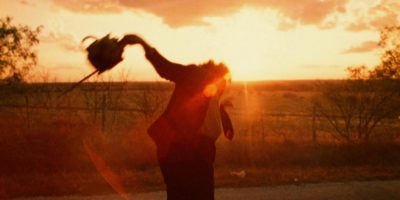