It was a quiet week in TV land in terms of volume, but our two new major releases made a big splash! Check out our thoughts on Hulu and Netflix’s latest below: 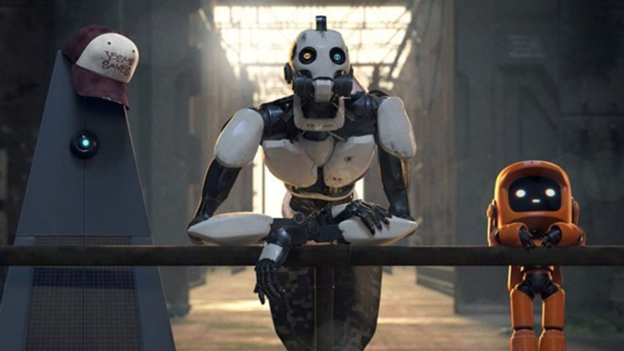 Animation really seems to be exploding out of the gate this year, much to this animation nerd’s happiness. This new and awesome trend has continued in David Fincher’s Netflix anthology series, LOVE, DEATH + ROBOTS. Each episode is a stand-alone short from a different animation studio around the world dealing with… well, love, death, or robots (although to be honest it’s mostly death and robots). All the episodes are heavily sci-fi, and all have some kind of futuristic element to them. Because it’s an anthology series, each episode has a different animation style and different writing style, which makes for super fun watching (and also, if you don’t like one, just skip to the next one! No continuity needed!). The stories run the gamut of being bloody and gory to cute and silly, so there really is something for everybody. My personal favorite was “Three Robots,” about three robots on a tourist trip through an apocalyptic wasteland. The animation is stunning all around, but it’s definitely for adults only, not to share with your young kids—there’s a lot of blood, guts, and boobies. My most honest opinion: it’s really cool. [Anna Mansager] 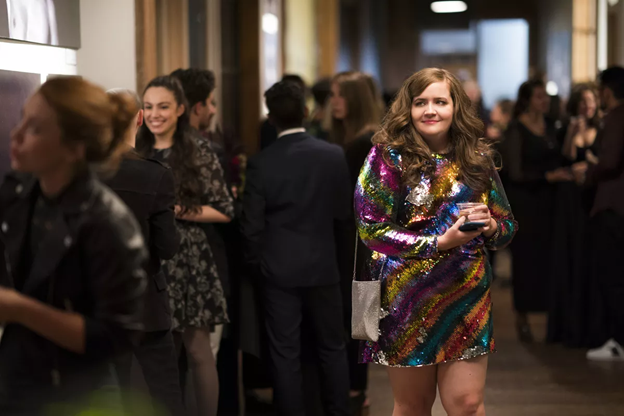 My love for HBO’s GIRLS is no secret—and neither is my utter disappointment in problematic fave Lena Dunham. I can’t go back in time and undo hours I spent crying over Hannah and Adam in my sad dorm room, but I can appreciate the magic that is SHRILL today—and I so, so deeply do. Hulu’s SHRILL, adapted from Lindy West’s NYT bestselling memoir of the same name, almost feels like a sequel to GIRLS. It highlights a burgeoning and outspoken female writer who’s coming into her own and making some mistakes along the way, maybe being a little selfish. It examines the relationships young women have with young men, with their friends, and their families. Annie and Ryan’s relationship intentionally mirrors Hannah and Adam’s; it recreates one of Hannah and Adam’s sex scenes almost exactly. And while it doesn’t feature Robyn’s “Dancing On My Own,” there is a moment where Annie literally is dancing on her own.  However, where GIRLS failed (miserably at times), SHRILL soars. Deliberately intersectional, modern, and raw, it feels like GIRLS with the training wheels off. It hones in on the body positivity message in a way that feels organic but still brazen in its honesty. It crafts a diverse world of characters and perspectives where even faceless internet trolls are complicated. It does all this and so much more. It’s probably my favorite thing I’ve seen since FLEABAG—and hey, whaddya know, you can also bang out SHRILL in a tight three hours! GIRLS is the show we needed when we were 19. SHRILL is the show we need at 25. [Kate Brogden]