THE OLD GUARD starts in media res with a flashforward that we will then experience again 20 minutes into the movie. It’s clear the filmmakers realized in post that they had no coherent opening, so they Ctrl-C’d that scene to the front and added some bland voiceover from Charlize Theron. Over an image of the apparently dead Theron, she tells us that “she has been here so many times before, and she is just so tired of it.” Strange for the film to articulate in its beginning seconds that the characters are bored of the scenarios in which they’re placed. That fatigue proves to not only infect the main cast but the plot and themes. Netflix’s latest is the perfect Summer blockbuster for those of us stuck at home with two hours to kill, with the movie happy to oblige current public policy and keep its characters distant both from us and each other.

Would that we had another lecture on morality under the narrative guise of mercenaries conflicting with the ethical hazards of their profession. But the twist is that these mercenaries are “immortal.” Getting a .45 cal to the forehead is inconsequential since our heroes’ wounds immediately suture themselves with the help of slick CG—voila! We’re back to the action. Or we would be, if the movie weren’t so focused on avoiding as many instances of violence as it can. That’s not to say there’s no bloodshed but the set pieces are surprisingly scarce; most of the runtime is taken up by literal storytelling at the campfire, the older immortals sharing tales of their Middle Ages exploits with the latest recruit (Kiki Layne). 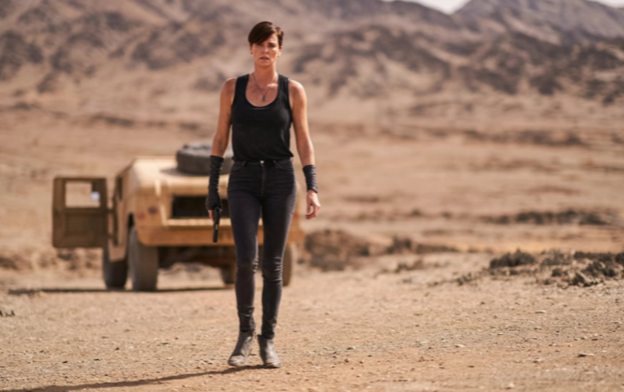 It’s always baffling to me when such an obviously expensive production casts actors who are not only forgettable but whose lack of charisma makes their characters vanish in real time. THE OLD GUARD stars a few Galahads the producer saw walking out of a Michael Kors as well as relative newcomer Kiki Layne, who was so good in IF BEALE STREET COULD TALK, but here seems deathly uncomfortable in every scene. You get the sense the other actors are all intimidated by Theron—who is powerless to make the material any less risible or cringeworthy but at least looks right at home with a gun in her hands (less so with the giant scythe).

The villain of the movie is a pharmaceuticals CEO who seeks to harvest the immortals’ unkillable DNA to make life-saving drugs for the rest of us. Played by Harry Melling (Dudley Dursley of the Harry Potter series), Merrick is an indignant and nerdy Martin Shkreli/Zuckerberg type. Lest you be fooled: the character is not a target of satire, or even contempt. Merrick is so comically overwrought he skips satire straight to strawman in a desperate attempt to delegitimize criticisms of the predatory industry. With a venomous tongue and eagerness to slice up his prey with their own weapons, you’d be hard-pressed to identify Merrick as nothing more than a generic Big Bad. We’ve seen this blend of smug and psychopathic so many times before. 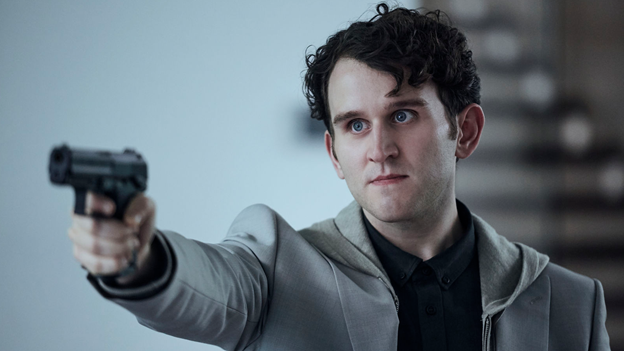 I wish all pharmaceutical CEOs were this badass!!

Those who do watch THE OLD GUARD will probably leave dissatisfied—it’s a TV season smushed into two confused hours. Apparently the main actors did most of their own stunts which might explain why the choreography feels so stilted and inconsequential. Of course, the biggest issue is that this is an action movie where the heroes can’t die; I’m pretty sure that’s anathema to the idea of stakes and tension. There’s nothing new or exciting in THE OLD GUARD. Best to leave these characters in the afterlife and hope they don’t come back.