Amy Taubin has written of David Fincher as a filmmaker in the Romantic tradition: someone whose fundamental business is bound up in decay, in decadence, in physical and moral rot. Fincher’s new work, MANK, roots around the origins of cinema’s ultimate artifact on decay: CITIZEN KANE. Of course, having been written by Fincher’s late father, Jack, MANK marks its own totem of things that cannot last. It is a vision of loss that is spectral and mysterious, seeming to divert ever-outward and inward. In its coldness, the film proves deeply moving.

That 1941 classic has inspired as much fervent, excellent writing as any other cultural object—I’m not interested in trying to do that, other than to tell you that it remains the movie at the center of my childhood, the thing I would turn to in rainstorms, in fevers, in foul moods and in good ones. MANK’s filming (luminous, chiaroscuro black-and-white) may very much look the part in replicating CITIZEN KANE, but its tonal effect is altogether closer to the screenplays Bob Towne banged out, coked out, at New Hollywood’s apotheosis: 1974’s CHINATOWN and 1975’s SHAMPOO. That diptych found two handsome, well-worn outsiders whose beauty and intelligence allowed them to traverse Los Angeles’ lateral landscapes, and whose moral naïveté allowed them a front seat to the city’s deepest depravities. Where CHINATOWN detailed a father betraying his land and his daughter, and SHAMPOO detailed Nixon’s 1968 ascent as a kind of spiritual betrayal, MANK’s vision of degradation is harder to pin down.

Gary Oldman plays Herman “Mank” Mankiewicz, indeed a handsome, well-worn outsider whose (verbal) beauty and (rapacious) intelligence allow him to traverse 1930s Hollywood as a well-paid screenwriter. Mank is a lush, an inveterate gambler, and a crackling intellect. Mankiewicz is drafted by 24-year-old wunderkind Orson Welles to ghostwrite his first film. And so, laid up in bed in the desert with a freshly broken leg, Mank sets to write the first draft of CITIZEN KANE in 60 days, armed with solitude, rigorous Brit assistant Rita Alexander (Lily Collins), and a stash of booze that Welles is said to have replaced with Seconal.

Where does one travel when they need to write that deeply and that quickly? Memory.

And so Mank spends the film mentally mapping out his arc through California’s 1930s, re-tracing where he feels he has gone wrong, and where his community has gone wrong. Mank, while fashioning himself an outsider, has enjoyed the patronage and the company of many powerful figures—MGM heads Louis B. Mayer and Irving Thalberg, as well as KANE’s ultimate source of inspiration, newspaper magnate and semi-demagogue William Randolph Hearst (Charles Dance). We lounge alongside Mank at the boozy dinners at Mr. Hearst’s castle; we follow Mank through his negotiations with MGM’s heads and with Paramount’s orbits of power. We appreciate Mank’s ever-patient wife and his touching friendship with Hearst’s mistress Marion Davies, played by Amanda Seyfried with enormous intelligence and warmth. And we observe Mank’s heartbreak—as Mr. Hearst and Mr. Mayer manufacture fake newsreels in 1934, neutering socialist Upton Sinclair’s gubernatorial run in California. Mank comes to feel something like complicity in the curdling of a beautifully big dream. What to do? 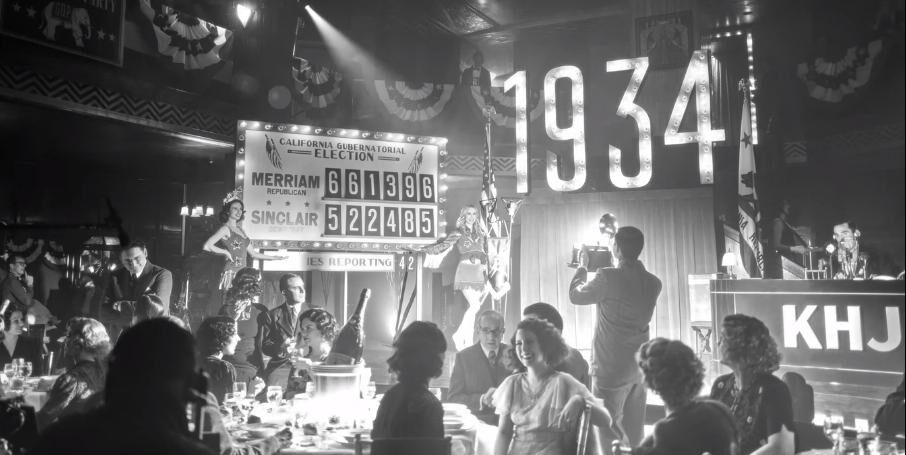 It can be uncomfortable to try to understand the relationship between movies and power. MANK is not uncomfortable. It is keenly understanding of the power of the cinema to drive ideas and to broker power—to deliver beauty through manipulation. Yet, the floating idea that only movie types will care for MANK is a bit odd; I hadn’t realized only cinephiles have emotional access to feelings of warmth, paranoia, and the pleasure and pain found in taking stock of memory. MANK seems to be one of Fincher’s first where he is watching the experience of paranoia externally, as opposed to inhabiting its every sensation. Nonetheless the film is about an alcoholic staring power in the face, deciding to cut and run, and using the momentum as source material. The black-and-white cinematography returns the audience to a state utterly ideal for this: warm, muted, physically pleasurable darkness.

The criss-cross of betrayals, inversions and projections in this movie is crazy. How many individual bridges must be burned to create an effective work of art? Per MANK’s telling, if your subjects are the corridors of power up and down California’s coast, it may be every bridge in sight. The film invites this sort of psychological ping-pong, between CITIZEN KANE, MANK, and Fincher’s own life (sorry buddy!). It’s no accident that Welles physically resembles Fincher in this, nor that Mank’s perennial outsider status resembles Jack Fincher’s lifelong stints as a journalist looking to crack the movies. So, yes: the film is a love-letter from son to father. But why stop there?

It’s complicated to describe why Fincher’s blocking is so effective, particularly in his “digital” era. ZODIAC, GONE GIRL, and his episodes for HOUSE OF CARDS and MINDHUNTER are masterclasses in how to direct conversation: who is winning, who is losing, and the incremental giveaways determining both. MANK is 98% conversation, rendered at perfect pitch, intensity, and clarity. Yet the greatest trick up Fincher’s sleeve proves to be his bleeding-heart sincerity. You think that you’re watching something akin to THE SOCIAL NETWORK, where folks argue back and forth about credit in luminous, dark rooms. And then you realize you’re watching something akin to, well, THE SOCIAL NETWORK, where a generation watches a vitality, an essence slip straight out of its fingers, because its members were too busy posing at the party. Mankiewicz is then left holding his ideals and holding his drink, looking around, asking: well, what happened?

Have you ever been to Hearst Castle? I went as a very young child; it’s a monstrosity. I’ll never forget the sociopathic polish of the floors, nor those endless, endless mirrors. I remember looking down those suicidally long hallways and having a sense, even then, of the ways in which people at that level can lose themselves. Have you ever been to Los Angeles? I spent five years there—it’s a trip. The net effect of the two are the same to me: not in the sense of money but in the sense of profound distance, the sense that you’re at the end of something, on the outside looking in. Why is this movie so deeply romantic to me? How did Trent Reznor and Atticus Ross, of all fucking people, craft a score whose analog warmth tickles the back of memories I can’t see or describe but intimately know? Why do we underestimate David Fincher, again and again, at no one’s peril but our own? 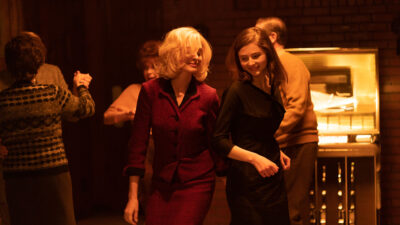 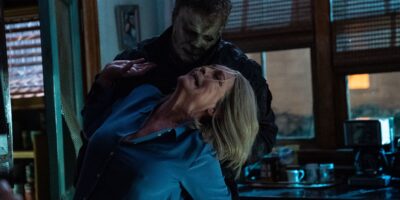