Almost 20 years ago, I was in attendance at Megan Currie’s 10th birthday sleepover. She invited a few classmates from Ms. Jones’ class, interspersed with some of the girls from our softball team. Round Table Pizza was delivered, and her parents probably pulled a Safeway run for Doritos and Mountain Dew. All of us pre-teen, Limited Too-wearing suburbanites with a passion for Britney Spears descended upon the Currie household, and it was here that this flock of adolescent millennials was exposed to the fabulous Warner Brothers comedy, MISS CONGENIALITY. Every “Girl Power” sticker I plastered on a notebook, every Caboodles organizer I had been gifted, and every sassy message tee I owned cultivated an appreciation for this type of film: it was, and remains, an unexpected manifesto of women’s liberation birthed from corporate neoliberalism. I loved MISS CONGENIALITY then, and I love it now, but it’s an artifact of its era, this syrupy, hilarious emblem of a mainstream Hollywood that didn’t take itself too seriously. 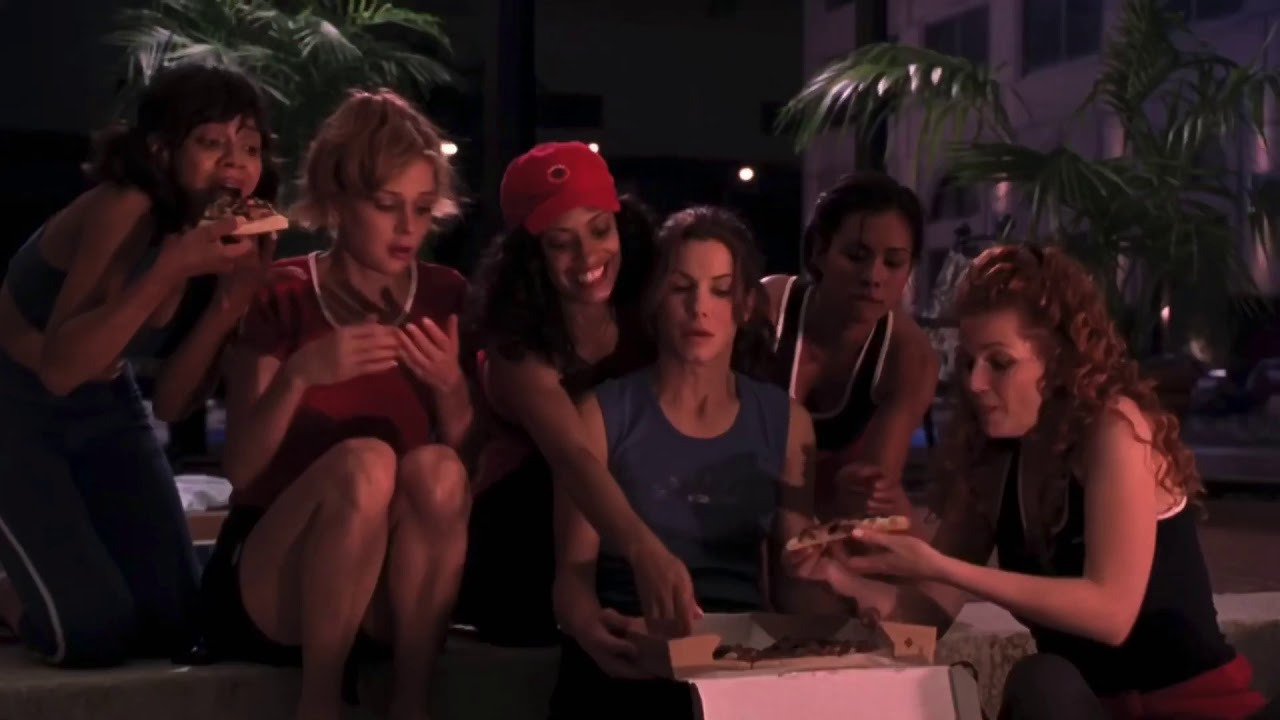 The trailer, with its barrage of jokes and frilly pop-forward soundtrack, wouldn’t lead the viewer to expect sole focus on Sandra Bullock as she journeys to “find herself” in a story of female empowerment, and, yes, it’s a low-stakes studio comedy about an FBI agent posing undercover in a beauty pageant, but the film lovingly portrays womanhood with a more thoughtful gaze on female friendship. In A.O. Scott’s 2000 New York Times review, he describes MISS CONGENIALITY as a film that seems “happily, deliberately second-rate, as if its ideal audience consisted of weary airline passengers.” Several other reviews take this apathetic tone, but this middle-aged man missed the most powerful aspect of our hero’s journey. Why most women share a lasting fondness for MISS CONGENIALITY isn’t for its jokes or plot points, but rather what it says about women and the power of vulnerability. At its core, it’s authentic female representation, albeit white feminist, 2000s-era representation: a mainstream, glossy studio picture, but one that features a diverse array of feminist values and experiences, even if it’s rooted in a corporate brand of feminism. It was a revelation for girls coming-of-age to see this empowerment, and a sort of touchstone for the daughters of the second wave.

As my generation ages, we continue to appreciate these characters via the shared, identified experiences of Western beauty’s pressures of grooming, plucking, and partying. When Sandra Bullock’s Gracie Lou rallies the calorie-counting finalists to go out to the club for pizza and beer, the contestants, drinking, dancing, and completely stripped down in their workout gear, are their most authentic selves. The night ends in the bathroom, everyone hammered and discussing pageant politics while crying with laughter. This is where the oral history of the female experience gets passed down: the bathroom. For whatever reason, we all become best friends in the women’s restroom sharing secrets and bestowing confidence unto one another. It’s these vignettes that stand the test of time, regardless of which generation grew up with MISS CONGENIALITY. 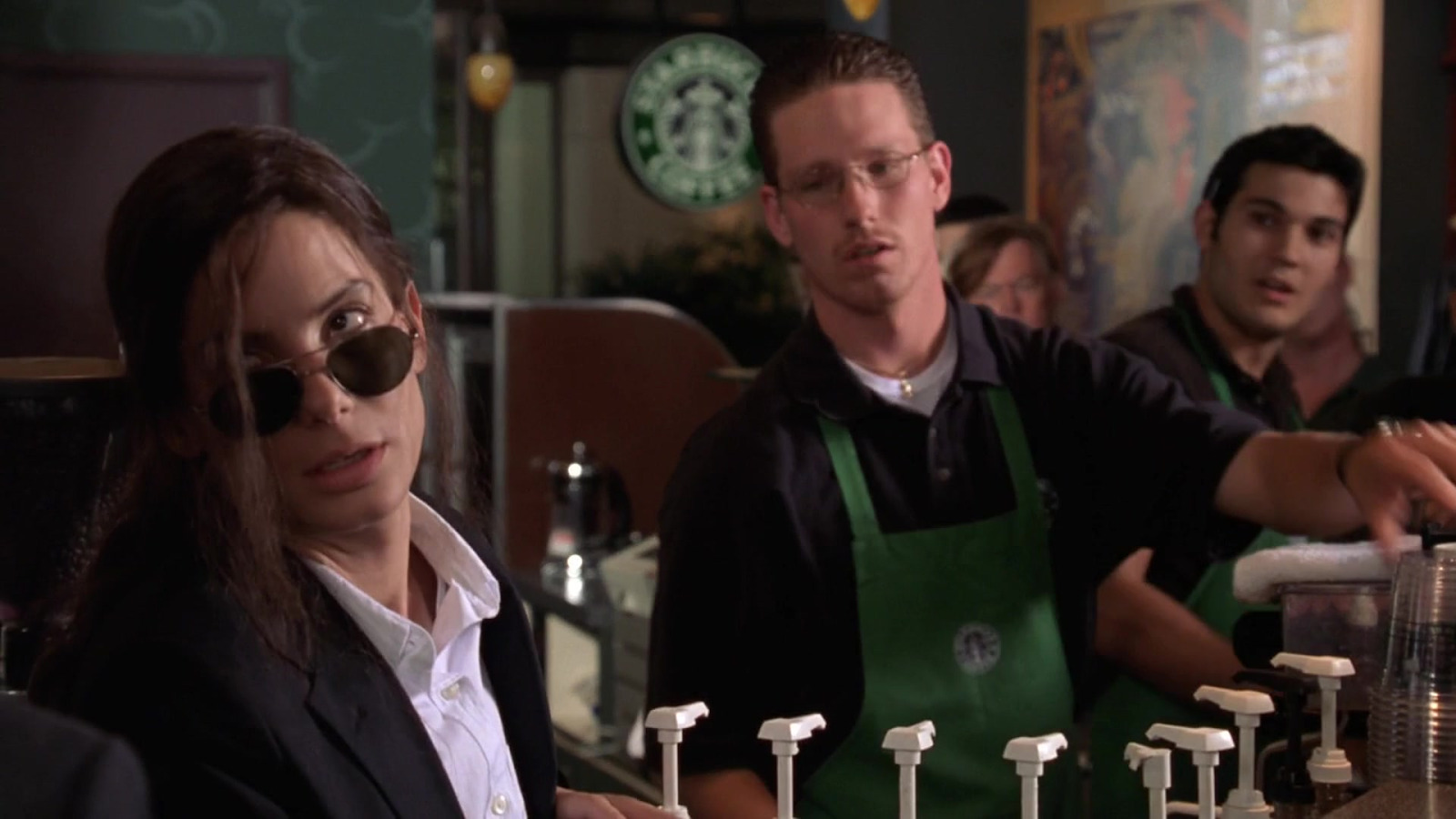 This is all fairly rosy, and it’s simpler to approach our nostalgia at face value. MISS CONGENIALITY in 2020 means reckoning with how much I love this movie and how I now understand its particular brand of feminism. A recent re-watch for the seemingly hundredth viewing, but my husband’s first, sparked a few conversations. “Do you think beauty pageants are innately misogynist?” he asked. The answer is yes, of course. “Wow, Benjamin Bratt is such a bro,” upon seeing his attempt to pick up a newly madeover Gracie. This is also true—that character’s also kind of a sexist homophobe. These were thoughts I’ve had over the years, but had never discussed or pushed myself to a critical mindset. At 10, all I desired in a major Hollywood film was a makeover montage of glittery gowns with a few hijinks and pratfalls. Studio-centric rom-com factories like WB and Universal were churning out lots of these neatly packaged iterations. The White Woman is down on her luck, improves herself physically, thus feeding into her confidence, hangs with her friends, learns a lesson, and ultimately, the recycled tropes of female stereotypes continue. To borrow a page from Tom Jones’ “She’s A Lady,” these women are the kind I like to flaunt and take to dinner, but she always knows her place; she’s got style, she’s got grace, she’s a winner, she’s beauty and she’s grace, she’s Miss United States! It’s a well-intended, highly digestible feminism: the feel-good aesthetic drips from every ounce of the story, the lighting is high-keyed with a pink glow, it’s set in aspirational U.S. cities, and the women are conventionally attractive/intelligent. It’s highly produced, big-budget, and driven by true blue movie stars.

As I’ve gotten older, I’ve grown to love and appreciate MISS CONGENIALITY in the light of 2020. Nowadays, the cracks are much more apparent. During the blissfully humming 1990s narrative of girl power and mascara of the Spice Girls generation, it was fabulous. Most women, and in particular white women, understand the issues of a hyper-feminized approach to women’s empowerment. My feelings towards MISS CONGENIALITY remain strong, and I understand it has flaws, but I treasure the bond it’s created among women. What can I say? It’s a “feel good,” a comfort watch that remains as wonderfully funny, entertaining, and perfectly imperfect as I remember. I’m sure it will be playing in the background at my bachelorette party.