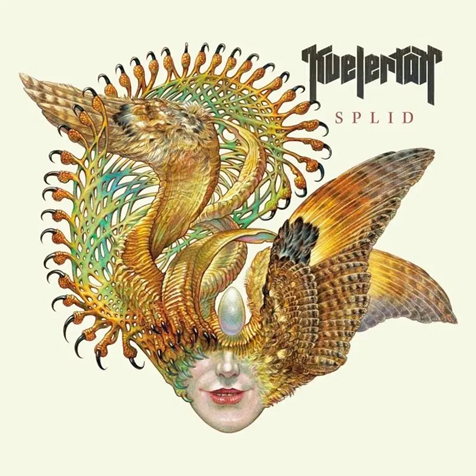 Few bands confound me like Kvelertak, the Norwegian metal band praised for hooks I don’t hear and a unique style that only makes punk more tedious and black metal less atmospheric. Yes, you could argue that the fact they largely screech in a language other than English is why I don’t find them catchy, but that hasn’t stopped “99 Luftballoons” or “Despacito” from drilling into my head. But I’d argue that I just don’t find Ghost-esque harmonies and Oi-oi stadium chants to be compelling when they are buried in the mix. The group’s production has always been shaky, still too grainy and compressed for my ears. The guitar work on their latest, SPLID, is an improvement from how homogeneous it felt across NATTESFORD, where everything was colorless, laced with feedback, and down-tuned to sound like old Black Sabbath but without any menace. However, despite some genuinely good performances and solos, they run a lot of ideas into the ground here—get used to that stinger of a riff that stops “Rogaland” dead, the elliptical opening of “Fanden ta dette hulli” that sounds like an AC/DC riff with no direction, or the grinding of “Bratebrann” that tries to be tense but just feels flat. Quite frankly, Kvelertak should drop any attempts at catchiness and make a progressive metal record with nothing but eight or nine-minute long songs a la Opeth or Skeletonwitch, because ”Delirium tremens” is the most well-developed song on the record, evolving from twinkling arpeggios and anxious drum rolls to a gigantic mid-tempo Entombed riff and chaotic blast-beat finish. Everytime they fix something in my eyes, they screw something else up and disappoint me after MEIR convinced me to hear them out even if I still wasn’t crazy on that record. Troy Sanders of Mastodon appears on the album, which was a misconceived idea, since it made me want to listen to them do Kvelertak’s schtick better. [Blake Michelle] 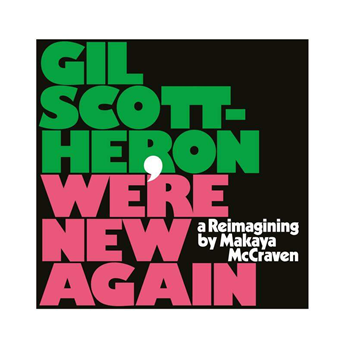 The only time I’d spent with Gil Scott-Heron was with “We Almost Lost Detroit” on repeat, a near-lullaby recount of a near nuclear power plant disaster. That’s the power of Scott-Heron, his voice fit for elucidating how things really were while appealing to emotion by somehow removing it from his perspective, becoming a stoic without the hubris to care about it. Scott-Heron gave us what we needed with I’M NEW HERE in 2010, leaving the world on an acquiesced note. WE’RE NEW AGAIN – A REIMAGINING BY MAKAYA MCCRAVEN is today’s iteration of Gil Scott-Heron’s last album.

To understand WE’RE NEW AGAIN, you’ve got to understand the original classic-only then can Makaya McCraven’s work be wholly judged for all of its artistic endeavor in bringing out, with rough luster, what Gil Scott-Heron left hidden in his final words. Improving upon the original doesn’t at first seem like a real possibility, but there is something to be said for the originality in McCraven’s remixing. It adds where Jamie xx took away, preserving certain elements of the album’s atmosphere, yet still managing to swap fundamental musical elements. “On Coming From A Broken Home (Parts 1 & 2)” is split up and molded into different songs entirely, carrying with them the same story, but presented throughout the album in four parts as opposed to two. The injection of a jazz background adds something which destabilizes whatever security the original had in its harmonies. It’s a choppier, more chaotic iteration of the last. And while some of the original is shared in song titles, as well as lyrics, many of the songs have been reworked completely, bringing real meaning to the “reimagined” aspect of the record’s title. As a stand-alone listen, bits and pieces of the original powerhouse can be gleaned, but it is its own album, so listening to the original is still crucial. Confusing times call for music that reflects the tumult. Well, this album reflects our present predicament, both political and social, like an earthquake in a mirror. [Liam Glennie] 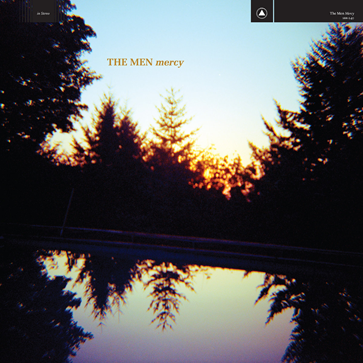 There’s frequently a precursor song that explains the method to the madness for The Men. The folksy campfire jam “Candy” on OPEN YOUR HEART felt like the impetus for NEW MOON, and subsequently, the rootsy bar stomp of “Bird Song” became TOMORROW’S HITS. The band’s recent output has been a largely unremarkable, if still fascinating, rehashing of the past, 2016’s DEVIL MUSIC a snarling, brash lo-fi punk collection that devolved even some of the more primal ideas running through their earliest work, and 2018’s DRIFT was a reset, a rewriting of history that resulted in a messy but sometimes amazing amalgamation of a lot of the sounds the band had been toying with their entire careers while rarely focusing on one sound in particular. DRIFT’s “Secret Light” in particular feels a jumping point for MERCY, the band’s bluesiest offering yet and a sound that, like the folksy, rootsy elements of NEW MOON, is jarring at first but works far better than it has any right to. Brooklyn fades away as the Mississippi Delta comes into view, hints of gospel and Howlin’ Wolf fueling their best album since TOMORROW’S HITS. The clean church ballad opener “Cool Water” serves as a baptism before the 10-minute stomp “Wading in Dirty Water” mucks everything up again, a filthy blues cut that finds the guitars and organs calling and responding until the room has cleared. They offer homage to blues lifers like Tom Waits (“Fallin’ Thru”) and the more spiritual Leonard Cohen (“Mercy”), and even the slightly more left-of-center cuts like highlight “Children All Over The World” or the pedal-to-the-metal freakout “Breeze” don’t feel out of place, both bluesy hybridizations of the band’s previous post-punk and punk sounds respectively that work in context. While nothing will likely touch the group’s run through the early part of the 2010s, both DRIFT and MERCY have done a great job of resetting, the latter a great addition to the eclectic punk band’s larger canon. [CJ Simonson] 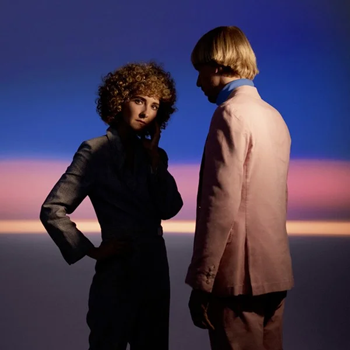 SWIMMER finds husband and wife duo Patrick Riley and Alaina Moore continuing to draw inspiration from their time at sea. Written during a four-month sailing trip, Tennis fill their latest with the warm, dream pop melodies we’ve come to expect from the band. In the time since 2017’s YOURS CONDITIONALLY, Riley lost his father to cancer, his mother was hospitalized for a near stroke, and Moore wound up in the hospital with a severe case of the flu. Such experiences have a way of grounding you, so it seems no mistake that much of SWIMMER feels so in-the-moment. Album standout “Need Your Love” features a compelling change in tempo along with staccato beats that demand your full attention. The lush sounds and the crisp melodies across the board make for the band’s best production to date. Fitting nicely in the ‘70s sound of their previous works, SWIMMER feels distinctly less nostalgic than past albums. And while you may still find yourself drifting off with Riley’s fluid guitar lines and Moore’s pristine and airy vocals, the drum beats and piano melodies throughout the album will anchor you. As Tennis enters their second decade as a band, their latest is a breath of fresh air, a compass as the two continue to navigate the hardships of love, life, and loss. [Becca Lengel]