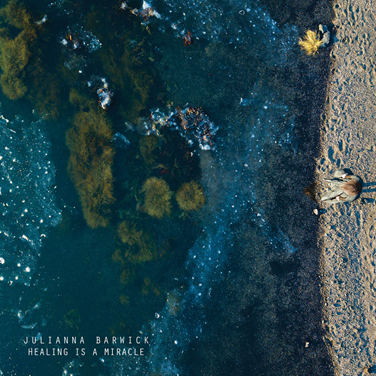 Julianna Barwick – HEALING IS A MIRACLE

If there’s one thing I love about being a staff writer at Merry-Go-Round Magazine, it’s being exposed to new music constantly. As a 5’8” 22-year old who just graduated over Zoom in a pandemic, the one thing I am confident I have going for me is a truly appalling mental catalog of obscure records. Although I have been aware of Julianna Barwick’s existence for a few years, until my editor mentioned HEALING IS A MIRACLE to me in passing, I had never actually heard a Julianna Barwick song. Partly because I saw that avant harp virtuoso Mary Lattimore makes a guest appearance and partly because a Jónsi feature reminded me of the Scandanvian absurdity of Will Ferrell’s EUROVISION, I agreed to do a deep dive and adequately educate myself enough to review her latest, HEALING IS A MIRACLE.

I can’t claim to have been there for Barwick from the beginning, but after listening to her earliest records and comparing them to her latest, I am blown away by how much growth has occurred in her 13-year stint as a recording artist. While her late-2000s work is certainly impressive and evokes the golden age of Panda Bear and Atlas Sound, HEALING IS A MIRACLE employs guest features to create a genuinely exciting and pop-indebted take on ambient music. Barwick’s first few releases recalled walking through a crypt decorated with the bones of Capuchin friars I once visited in Rome. On the other hand, HEALING IS A MIRACLE sounds like music I would put on in the background while cooking dinner for a few close friends. “Oh, Memory” subtly utilizes artful harping to complement angelic vocals. While it tows the line of Joanna Newsom knockoff, the result is original and chic enough to come off as ethereal instead of Renaissance fair-beholden. On the track “Nod,” Kendrick producer and Dntl-esque glitch-ster Nosaj Thing uses pearly synthesis to craft a verdant modernist soundscape. On “In Light,” Barwick eschews the usual aversion to momentum in her songwriting and brings in a Tom Krell-style buggy break that leaves me wondering if she could have been a more traditional songstress all along. I binged four Julianna Barwick albums in one day to prepare myself to write this review and while I am still not as blown away by her music as I am by her peers like Grouper and Laurel Halo, HEALING IS A MIRACLE is the best record of hers I’ve listened to, and holds up nicely when played alongside contemporary ambient outliers like Oval’s SCIS and Fennesz’s AGORA. [Ted Davis] 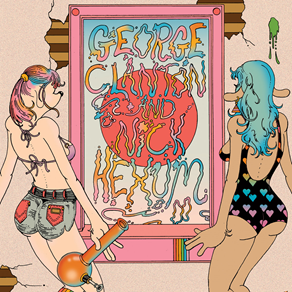 In this writer’s opinion, one of the more notable dialectics operating in the current music scene is what to make of the slew of oddball music we’re getting that’s being heartily and authentically embraced when it would have otherwise been labeled as “ironic” and dismissed outright not five years previously. Are we simply more ready to embrace fun in whatever form it might manifest? Are we giving things the benefit of the doubt that we never extended to the much-maligned vaporwave movement of the early ‘10s? Whatever the case may be, it feels like the perfect moment for the head-scratching, say-what-again collaboration between Los Angeles chillwave wunderkind George Clanton and, yes, 311 frontman Nick Hexum. But really, it’s not all that confusing, as Clanton has worn his 311 stan badge loudly and proudly over the years, finally getting to collaborate with an idol everyone wants to tell him he doesn’t legitimately appreciate, like if 100 gecs had had Parry Gripp on a TREE OF CLUES remix. Thankfully, GEORGE CLANTON AND NICK HEXUM is as breezy, vibey, and unpretentious as can be, a stoned summer soiree that’s like cracking open a cold one and sparking up a doobie with your chummy uncle who stays in a lane adjacent to cool but fully luxuriates within that space. Hexum’s voice is lilting, affably melodic, and inflected without being affected, an enjoyable broth sieved from the questionable solids of the pop reggae movement of yesteryear. Combined with Clanton’s rose-goggled synths and heady production techniques, you’ll be reminded of the Deadbeat Summer of 11 (!) years ago, albeit morphed into something that seemingly used Len’s “Steal My Sunshine” as a core sonic composite from which to build from. There’s really not much more you need to know about it other than the fact that it feels entirely effortless, a psychedelic trip hop menagerie that’s ideal for laying on your bed and staring at the ceiling, the perfect summer album, at least as 2020 is concerned.  It’s not the project to turn to for larger insights about the increasingly horrifying world we find ourselves in, and in many ways having it be a one-off would be truer to whatever you want to interpret its “thing” as, but sometimes it’s just nice to hear two people so clearly enjoying each other’s creative company and having a good time. [Thomas Seraydarian]