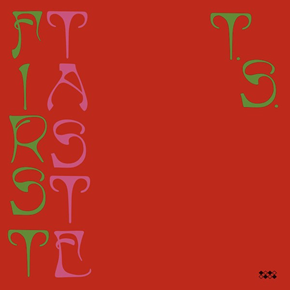 After an uncharacteristically quiet 2017, the world’s most industrious psych-scuzzer turned things up to 11 in 2018 with four full-length records, giving way this year to DEFORMED LOBES, a live album that’s snuck into my top records of 2019, and proper studio release, FIRST TASTE. As requisitely pleasant a Ty Segall release as ever, FIRST TASTE is more notably on the softer side of psychedelic than some of the bad-trip face-melting he occasionally indulges in (“Ice Plant,” a virtually a cappella song, could have been gospel in another universe) and it’s generally a good bit weirder than we’ve heard from him in awhile, a comparatively refreshing baroque and acoustic sensibility rearing its head on tracks like “Whatever,” “The Arms,” and “I Sing Them.” Besides, tracks such as the opener “Taste” are as groove-driven and riff-oriented as the highlights of his catalogue, and there’s nothing I can distinctly point to on the album as a misstep. Overall, it’s just enough to make things avoid feeling like a tired retread, stellar tracks such as the closer “Lone Cowboys” feeling like they were ripped right off a freaky-deaky folk-y bargain bin LP from ‘65, but it’s still hard to shake the feeling that Ty Segall records are more of a means to a live-setting end than something to digest and appreciate in their own right (again, DEFORMED LOBES… great). It’s the vocal effects you’ve heard before, it’s the mixing you’ve heard before, apart from the mild attempts at differentiation mentioned above, you’ll finish FIRST TASTE knowing you could have precisely predicted exactly how listening to the album would have gone for you. Perfectly alright! While his consistency is to be admired, as the Oh Sees can occasionally wander off into the weeds, there’s still no reason to not just do a deep-dive into the brilliantly innovative psych discography of King Gizzard and the Lizard Wizard instead. [Thomas Seraydarian] 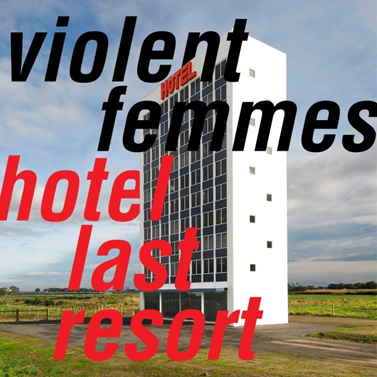 Favorite Track: “It’s All Or Nothing”

Beyond thinking fondly of their self-titled debut, finding “Kiss Off” to be an excellent song to whip out during karaoke, and having seen them briefly at a music festival (they were the definition of fine), I rarely give much thought to the Violent Femmes—occasionally I’ll show people their mind-bogglingly bad cover of Gnarls Barkley’s “Crazy,” but that’s kind of it? I vaguely remember listening to 2016’s comeback record WE CAN DO ANYTHING and thinking of the group as more of a children’s music act than an actual band of any kind of prestige, and I suppose I carry over that sentiment here with HOTEL LAST RESORT, an album which is “bad,” but also just confused. You’ll forgive me for hearing songs like “Adam Was A Man,” which is a messy and not-too-clever retelling of the Adam and Eve story, or “Sleepin’ At The Meetin’,” which is more of a vocal warmup for theater kids than a real song (“I was crappin’ and a nappin” as a repeated phrase is grating), or even the off-key cover “God Bless America,” and finding it to be the work of a band who either misguidedly believe themselves to be geniuses, or an offering of truly primitive ideas that are best left to posthumous demo collections or unnecessary disc-two collectors’ editions. The cover of Pyx Lax’s “I’m Not Gonna Cry” is somewhat interesting but, like most of the rest of the album, it’s kind of whimsically goofy and hard to take seriously artistically. And I get that this band theoretically nails “goofy,” their hits certainly point to zaniness and fun, but the “fun” presented here is pretty hollow. The sell on the announcement of the record was that Television’s Tom Verlaine was featured on the title-track lead single, which would be an interesting thing to boast if you could at all hear it; laughably, Violent Femmes founding member Brian Richie had this to say about that track: “We didn’t really give him much instruction but he did exactly what we hoped he’d do. He clearly has an affinity for the song. He must’ve really clued in on the lyrics and he really interpreted them with a guitar.” Sure. Cool. A nice summary of the faux-craftsmanship here. Of the varied umbrella of “post-punk” genres, folk punk has aged the worst in so much as it’s A) the least relevant to the modern musical cannon and B) never took off the way that artier and funkier forms of music did (disco, dub, darkwave, the list goes on), but this record is a poor late-career showing regardless of that context. [CJ Simonson] 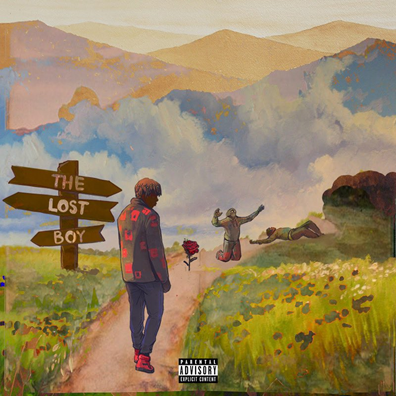 YBN Cordae is someone you naturally want to root for; he made the most of the glassy, dated, DJ Mustard gunk that the YBN crew gave him on their crew mixtape, and he was one of the only enjoyable moments on Logic’s last album. His debut record, THE LOST BOY, even features a skit where he and his grandma sing a gospel duet (to Luther Barnes’ “Trouble In a Way”) and it’s adorable and touching. Wisely he’s ditched the bass-heavy, dark, minimal production of the YBN mixtape and slotted himself alongside J. Cole’s 2014 FOREST HILL DRIVE and Childish Gambino’s AWAKEN MY LOVE with a lot of gospel choirs, twinkling pianos, and bluesy guitars. His positive, confessional lyrics are a perfect fit for the heavenly, contemplative instrumentation backing him as he discusses his xanax addiction on “Wintertime,” trying to introduce his girlfriend to his family on “Thanksgiving,” and the domestic abuse and drug addiction ravaging said family on “Family Matters.” The wordplay is basic—“a n**** paying to get lucky like Daft Punk” and “I was lost like Dory, but I’m finally found” is the level we’re dealing with—but the flows are soft yet charismatic and the flexing is always balanced with enough details of his bleak, impoverished upbringing and the sacrifices he made, going so far as to cut himself off from his family.

I was most taken by YBN’s ability to handle his guests and get them all to stay on topic; Pusha T and Childish Gambino are the most impressive on “Nightmares are Real” and “Bad Idea,” with the former discussing his beginnings in the rap game with some damn impressive coke-based wordplay (as always) and the latter questioning the idea of home and how it has changed to him over time just as Cordae does. Even the other songs that don’t reach the same heights still have excellent coherency to them. The smooth interplay between Anderson .Paak and YBN Cordae makes up for a messy J. Cole-produced beat filled with chiptune, washed-out vocals, and undercooked fragments of a funky lick and bubbling synths on “RPN,” and Meek Mill’s rough, overdone delivery is a surprisingly perfect fit for the balance of saccharine motivation and grim detail faced at the heart of “We Gon Make It.”

There’s a few derivative moments: you can’t tell me that the admittedly beautfiul flute-driven melody of “Have Mercy” was not inspired by either “Mask Off” or “Tunnel Vision,” or that the  desaturated, low-pitched piano over the trap skitter and some of the flow on “Broke as Fuck” is not reminiscient to “HUMBLE.” However, those are nothing compared to the disaster that is the closing song, “Lost and Found.” There’s nothing wrong with having an extended, rambling verse end your album—it worked for Cupcakke’s QUEEN ELIZABITCH with “Reality Pt. 4”—and I understand the desire to end on a braggadocious note after an album of introspection and struggle. But none of that justifies a verse where you brazenly accuses others of biting your sound despite how much you borrow from others, reference DRAGON BALL Z, THE DEVIL WEARS PRADA, and THE FRESH PRINCE OF BEL-AIR, and then have the balls to compare your oratory abilities to Barack Obama and the artistry of XXXTentacion to 2Pac. Not since “The Happy Song” on Poets of the Fall’s TEMPLE OF THOUGHT has a single song killed my enjoyment of an album so thoroughly. Even if the flows are good, the beats are sweet and complementary, and the guests are on point, THE LOST BOY still ends with the feeling that Cordae is still lost and has yet to live up to his true potential. [Blake Michelle]

THE LION KING Is the End of the World