The latest from Gorillaz is a mess, Spirit Adrift impress in spite of a few noticeable issues, and Future Islands turn in their most confusing effort yet, all in this weeks music roundup! 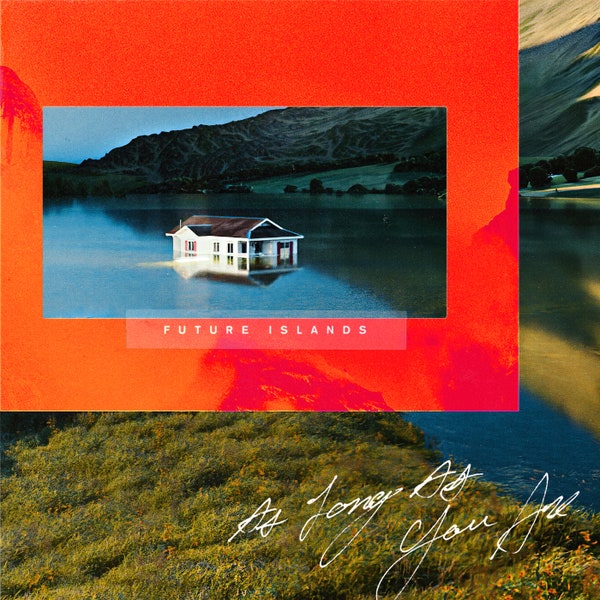 Future Islands – AS LONG AS YOU ARE

Favorite Tracks: “For Sure,” “Waking,” “Moonlight”

Fan reception of Future Islands’ THE FAR FIELD was kind of an odd thing to behold in 2017. On the one hand, the album effectively acted as a diminished retread of 2014’s SINGLES, trying and failing to capture the universality of their surprise hit “Seasons (Waiting On You)” with songs that matched similar defiance and grandeur but with none of the lightning-in-a-bottle magic. And yet on the other hand, THE FAR FIELD was still Future Islands, a band that had remained remarkably consistent exploring their own singular sound for so long that even if they weren’t evolving, they were still making sweaty, echoing, arena synthpop with such unprecedented energy: who cared? Even if they didn’t find another hit out of THE FAR FIELD, years later the sum of its parts probably add up to more than SINGLES, which burned brighter and faster in the surreal virality of “Seasons (Waiting On You)” and a stunning closer in “A Dream Of You And Me” and the fact that it was rewarding to see a great band catch their break so late in their careers, but is far less interesting to listen to.

AS LONG AS YOU ARE, in ways that are both good and bad, is the substantial evolution fans expected THE FAR FIELD to be, Future Islands’ chance to re-explore the slow-burn ballading that defined much of 2011’s ON THE WATER but with an aged wisdom and cleaner pop production. And while I’d love to report that this latest album is anywhere near as good as ON THE WATER, it simply lacks the signature rhythm and builds that Future Islands have spent an entire career leading up to. Lead single “For Sure” quickly establishes itself as a standout amongst a sea of mostly low-tempo and almost eerily quiet songs. Mid-album cut “City’s Face” in particular is almost surreally sparse with a drumless, rain-dropping synthesizer backdrop, and it’s almost refreshing how beautiful Sam Hearings’ always engaged vocals feel amidst the nothingness. And perhaps on a different album, one with more defining peaks, this would be a welcome moment of respite. But as it stands, THE FAR FIELD surrounds “City’s Face” with quiet ballads and sleepy waltzes, from the fortuitous slow dance opener “Glada” to the occasionally beautiful but defiantly unhurried final three-song stretch. For a band that excels due to their marathon-runner energy, to see so many runs presented in slow-motion is almost jarring.

Even if THE FAR FIELD was a retread, it was still explosively entertaining at times because what the band offered more generally remained entertaining, even if we’d seen it before. AS LONG AS YOU ARE intentionally calls that reliability into question. For that reason, in spite of it all, I kinda respect the decision. Beyond the sweeping, Jenn Wasner-assisted “For Sure” and the immaculate full-band performance presented on glowing dance highlight “Waking,” there just isn’t a lot to feel excited about, and tragically not a ton that demands to be seen live, one of the qualities that put Future Islands in the limelight to begin with. Ultimately, AS LONG AS YOU ARE is the least engaging Future Islands album, and yet that decision is so intentional, so singular amidst an equally singular career, that I’m left in kind of awe that their continued reexamination of their own sound eventually led to something so largely uninteresting that it is actually maybe interesting. That’s a turn that I’m not sure anyone could’ve seen coming and so, I suppose, bravo. [CJ Simonson] 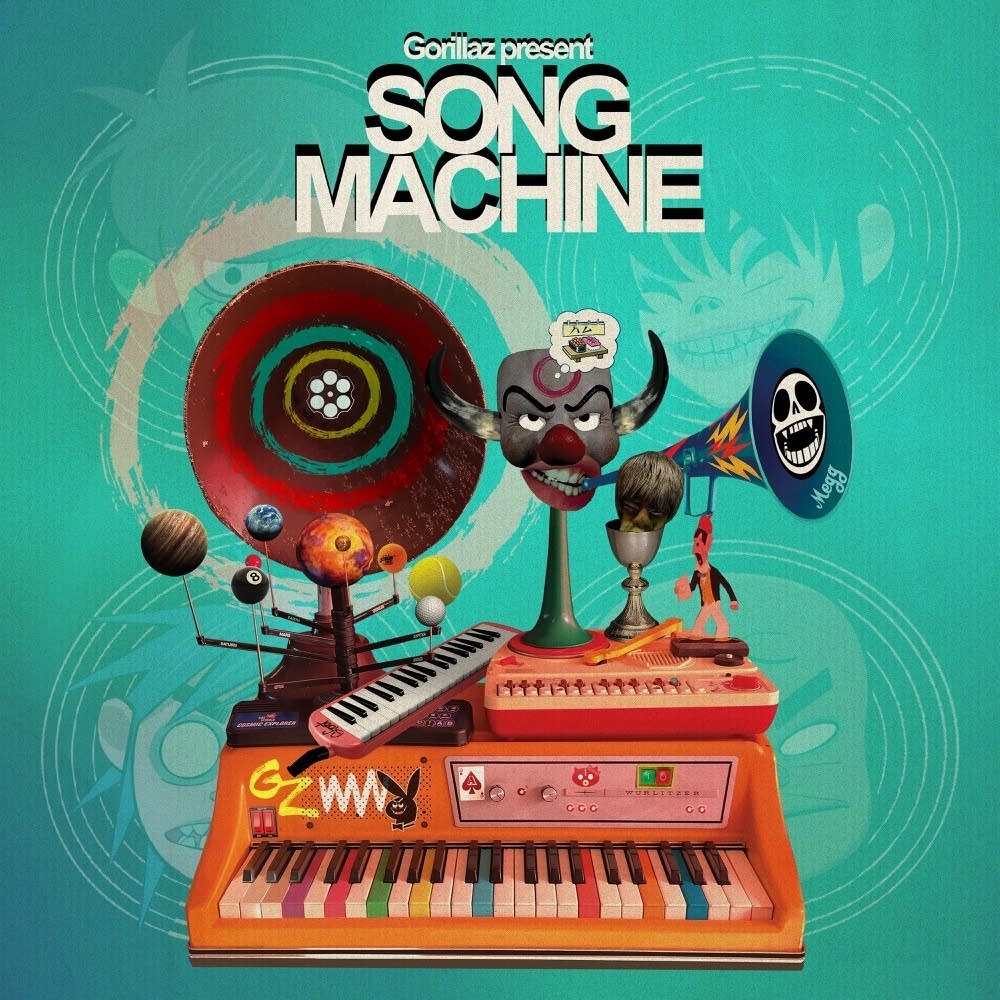 In 1999, Gorillaz set an immediate tone with their self-titled debut album. Blur frontman Damon Albarn and TANK GIRL creator Jamie Hewlett had teamed up to create a concept band, where Hewlett’s deep narratives and iconic art style accompanied Albarn’s more experimental B-side tracks. It was strange, but it didn’t shy away from its weirdest tendencies. That carried over into their second album, DEMON DAYS, with quality in both musicianship and world-building so distinct that almost every branded Hot Topic property has parodied its cover on a t-shirt. DEMON DAYS was hopeful but somber, bitingly political, and truly brilliant. After that, things started to splinter—nothing can do that quite like a collaboration-heavy pop album. PLASTIC BEACH was far from hated, but it always retained a cult status compared to its essentially universally-beloved predecessors. The music was still very much GORILLAZ, if not a little more shapable than the rest. Given its name and its use of the word “plastic” in every song, it’s fair to assume that that was precisely the point. And even if the music was too frilly for some, Jamie Hewlett’s art was some of his best work yet and Albarn had a great time, which carries across when  you listen. However, the only problem became that Albarn might’ve had too much fun. All he’s done since is attempt to recreate that same record over and over, mostly failing to recapture lightning in a bottle time and time again.

Their latest, SONG MACHINE, SEASON ONE: STRANGE TIMEZ, features a long title that seems inconsistent alongside the rest of their discography. The problem with collaborating with 24 different artists on 17 different singles is that when compiled haphazardly, it’s going to be a mess. The quality of the individual singles isn’t subpar in any way—in fact, I quite like just about every song on this record. The eight that had been procedurally released since January gained a lot of buzz, and deservedly so. “Momentary Bliss” is steez, “Pac-Man” is a delightful drug-fueled nostalgia trip, and “The Pink Phantom” is still Elton John. Most of the new songs rounding out the album, for the most part, match this quality. “MLS,” featuring JPEGMAFIA and J-Pop icons CHAI, is a clear stand-out, as you’d imagine from reading its features alone. But the problem with SONG MACHINE is not the songs themselves, it’s the machine and the lack of pacing and structure. Every song is trying to reinvent the wheel and none of them feel cohesive. The whole SONG MACHINE idea would be a lot more novel if this wasn’t their third go at it. PLASTIC BEACH was near perfect for what it was. Fans didn’t need or even want HUMANZ or SONG MACHINE to happen, Damon did. And maybe it’s just time we accept that. Gorillaz is no longer what it once was, and that that’s not necessarily a bad thing.

Damon Albarn is a much different songwriter than he was 20 years ago. His worldview has  brightened and his songs reflect that. The problem is that his pessimism was one of the key ingredients in his sound. There are darker themes approached on SONG MACHINE, but what  it’s lost is its sense of punk rebellion. Anti-capitalist rallies come off as fraudulent on an album that’s being advertised in coordination with YouTube Music. I don’t want to say Gorillaz have sold out because it doesn’t feel like they truly have, but their ethos is unqestionably different. The band’s work has always been a commentary on the time it was released in. The popular highs of GORILLAZ and DEMON DAYS are in the distant past and we’ll always have those albums to revisit, but for now, we’re just going to have to add our favorites from SONG MACHINE, SEASON ONE onto a few playlists and never listen to them again. Hopefully SEASON TWO will be more of an actual album. [Kieran Collins] 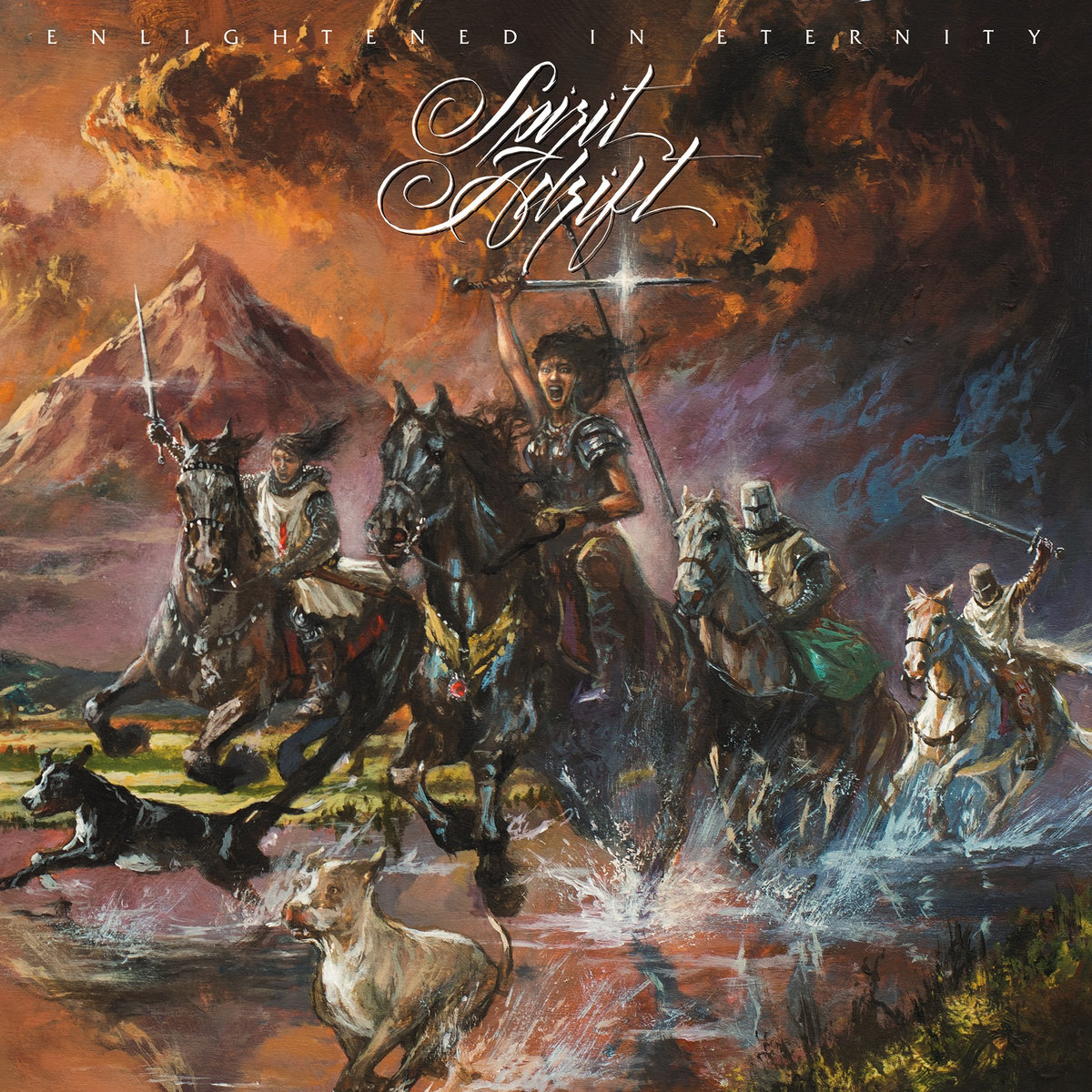 It’s funny that Spirit Adrift and Pallbearer are releasing records around the same time given how beloved they are in the metal music press as two of the most exciting new American acts of the 2010s and their different, yet similar, approaches to doom metal. Pallbearer are all about labyrinthine, long-winded epics that can’t be enjoyed in morsels or individual moments. And while Spirit Adrift have flirted with songs that are just as long and multi-suited, their debut record CHAINED TO OBLIVION and its four songs over the course of 47 minutes is a fairly accessible and catchy record in spite of length. Eschewing the wall of sound production in favor of a more crisp and open sound, they reached their peak with 2019’s DIVIDED BY DARKNESS, a blatant throwback that was still uniquely them. It was a hungry, inspired release of endlessly ear-wormy riffs yet the tightest, most concise songwriting of the band’s career; just look at how many licks and melodies they cram into the opener “We Will Not Die.” After finishing their natural evolution last year, it was hard to guess where they would go next, especially with an insane release schedule of four records in as many years and half of the band amicably leaving earlier this year after the weight of performing in both Spirit Adrift and the star death metal act Gatecreeper proved to be too much.

Rest assured that ENLIGHTENED IN ETERNITY is another solid release of trad-metal that is not as fun or instantaneous as its predecessor due to slower tempos and more bloated songs, but nonetheless still showcases well-constructed structures and engrossing performances. Every opening introduces something different and exciting, from the undulating, “Snakes to the Divine”-esque shredding that opens the record on “Ride into the Light” to the slower, fuzzed-out leads on the closing “Reunited in the Void,” while every bridge delivers a satisfying escalation in complexity and intensity. Highlights include the twin solo and return to a steady, stomping tempo on “Astral Levitation” and the thunderous chomping that rivals the death ‘n’ roll of Entombed underlying a tight lead melody on “Stronger than Your Pain.” Though the drum work can initially seem rudimentary, reminiscent of Metallica at their most mid-tempo, it does its job in setting the tone and letting loose into some drum fills that match with the song. Even if it’s not as catchy as DIVIDED, it hits a similar sweet spot of restless energy without feeling too flashy, spastic, or underdeveloped, perfect for headbanging while still packing in tons of variety.

The only problems with ENLIGHTENED are some filmy cymbals on “Cosmic Conquest,” “Battle High,” and “Harmony of the Spheres,” and an occasional out-of-whack vocal performance from frontman Nate Garett. He has always had a divisive approach for his voice, resembling the eerie nasalness of Ozzy with the recording techniques of The Sword. There is some multi-tracked cooing that sells a sense of foreboding on “Cosmic Conquest” and “Reunited in the Void,” yet these new developments are hindered by a hideous, mugging, hair-metal delivery on “Ride into the Light” and “Stronger than Your Pain” that sounds unnatural and forced. The closest comparison is the abusive scumbag from Vektor if he started clean-singing, or Voivod’s Denis Bélanger without the dissonant music to match. It’s not enough to sink the record, but it is a noticeable blemish on an otherwise enjoyable follow-up. [Blake Michelle]