“Uncle Sam don’t give a shit about your expenses. You want bread, fuck a baker.”

TO LIVE AND DIE IN L.A. is such a product of its time that its mere existence has no choice but to resonate. It’s a pulse-pounding crime drama with some bad crooks and even worse cops—a lean, mean, thrill machine powered by blood, sweat, and pure cocaine. And yet. most of all, it seems to be a film that hates the genre that birthed it. William Friedkin’s take on the cop movie bathes in the morass of Reagan-era excess, only to take a fat shit in it and walk away with a grin. Following THE FRENCH CONNECTION, this is another Friedkin take on asshole obsessive police officers brought into a new era of cinema, not one defined by the gritty tactility of 1970s New York, but rather by the glitzy glamour of 1980s Los Angeles. The movie is Friedkin giving the finger to the DIRTY HARRY series and all of the other fascistic cop films his Oscar-winning opus unintentionally spawned. If portraying scenes of police brutality with the backdrop of a groovy Wang Chung score doesn’t clinch it, the ending will certainly do the trick: this is Friedkin looking at the decade he’s working in and derisively cackling at it.

The film follows hotshot cop Richard Chance (William Petersen) as he chases down conniving counterfeit artist Eric Masters (Willem Dafoe). Upon the conception of this plot thread, you start to get worried. Did the maverick director of SORCERER lose his edge to the Hollywood machine? Did he produce what essentially amounts to a land-locked TOP GUN? As Chance starts to reveal layer by layer just what an absolute psychopath he is, Friedkin’s long con starts to click; Chance isn’t Mel Gibson in LETHAL WEAPON, he’s Robert DeNiro in TAXI DRIVER, a narcissistic, misanthropic anti-hero barrelling down the path towards violence with heedless abandon. When Masters murders Chance’s partner, you think he was simply hell-bent on revenge, but Friedkin is too clever to settle with a lame parable about the dangers of vengeance. Chance’s issue is not with his loyalty to his partner, it’s with his insecurity about the police system. 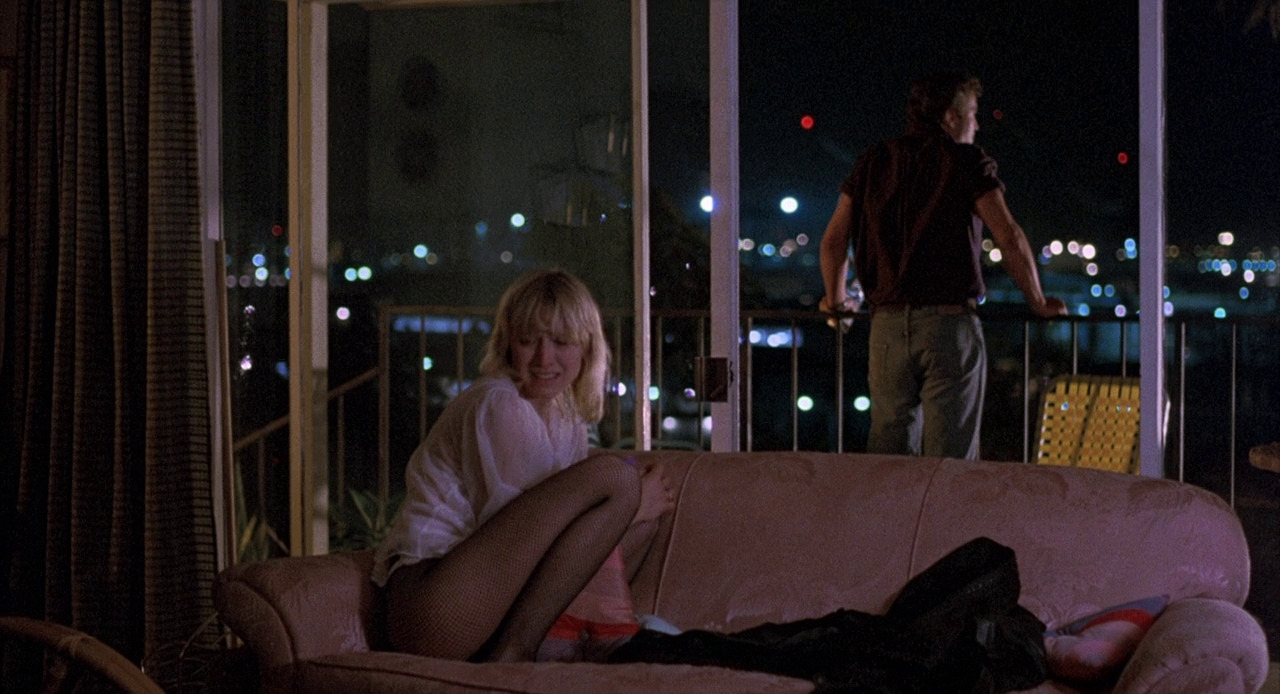 When Chance approaches the police chief to plead for an arrest warrant, his concern is not with the fact that an insidious criminal is on the loose. Rather, it’s the fact that Masters had humiliated the system, evading capture and making it look like the flimsy laughing stock that it is. Chance relies on the facade of police infallibility in order to act out his pathetic action hero fantasies and, when that very same facade is threatened, so goes his ability to prove that he’s a real tough guy. Chance is the kind of person who thinks he’s the lead of a movie (I mean, he technically is, but you get what I mean), the badass hero who might bend a few rules, but all in the name of the greater good. What we often see instead is something akin to a stray missile without a target—an undirected explosion waiting to happen.

Following in the footsteps of THE FRENCH CONNECTION, TO LIVE AND DIE IN L.A. features another jaw-dropping car chase, this time across a Los Angeles highway. Similar to Gene Hackman’s Popeye, we see Chance become so enveloped in his obsessions that he puts innocent lives in danger. What separates Chance from Popeye, however, is that Popeye establishes himself more as a figure of authority, whilst Chance is more of a draconian anarchist—a dictator running around with a lit stick of dynamite. Popeye is obsessed with enacting “law and order” in the city of New York while Chance is willing to blow up the entirety of Los Angeles if it could provide him with a cool-looking backdrop for a publicity photo. Whilst Friedkin is often critical of his protagonists, here he seems to outright despise him. Chance is a clear example of Reaganist excess and the authoritarianism presented by the American police state. More than anything else, TO LIVE AND DIE IN L.A. feels less like another entry into the cop genre and more like a loogie in the face of all that it stands for. 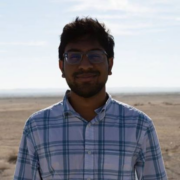 Keshav Srinivasan
Keshav Srinivasan is a writer for Merry-Go-Round Magazine. Defying all expectations of film lovers, he was raised on the movies of Martin Scorsese and Quentin Tarantino, both of whom inspired him to attend Chapman University for Film Production. Now, he’s about to turn his back on his home country and attend the University of Cambridge for his masters in Film Studies.

Dime in the JQBX featuring Jeff Rosenstock, Dogleg, and PHONY!