When I played SUPER MARIO GALAXY for the first time in 2007, I felt like I was smiling the entire time. It was the first Mario game that really clicked with me, and I’ve been a fan of the franchise ever since. There’s a warmth to each one that continues to be refreshing in the modern, often cynical and gritty landscape of AAA gaming. Mario as a franchise just makes me feel good and SUPER MARIO 3D WORLD for the Wii U was one of my absolute favorites. So when I heard that Nintendo would be porting the game to the Switch and tossing in a brand new adventure called BOWSER’S FURY, I was curious to see if that feeling of warmth would return as genuine joy or pleasant nostalgia.

I was delighted to discover that it was the former.

SUPER MARIO 3D WORLD, as it did for the Wii U, has a simple structure: players progress through several distinct worlds composed of a series of increasingly difficult stages while collecting coins, leaping over lava, and stomping on goombas. It’s classic Mario through and through without any of the fancy movement tech of SUPER MARIO ODYSSEY or SUNSHINE. This game ditches the more freeform nature of other 3D Mario games in order to deliver level after level of inventive challenges, constantly keeping players on their toes for whatever new mechanic, enemy type, or power-up appears next. 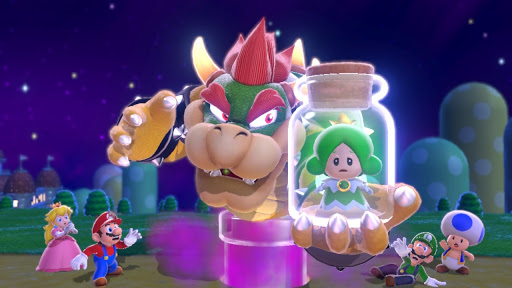 The game’s pacing is perfect, with a subtle and excellent difficulty ramp. When I first started playing I found myself caught in a “just one more stage” mindset, hopping seamlessly from level to level until hours had gone by and I was already halfway through the game. 3D WORLD will throw up occasional roadblocks that require a certain number of optional green stars to unlock, but these shouldn’t stall your progress much since exploring the nooks and crannies of each level is satisfying in and of itself. This incentive towards exploration adds an engaging extra layer to the straightforward goal of making it to the end of a stage without dying. All this means that SUPER MARIO 3D WORLD balances both an exciting forward momentum while also encouraging players to be curious and investigative.

The four characters players can select at the start of each level also help bring some variety with their unique attributes like Toad’s extra speed or Luigi’s high jump. The differences between them aren’t drastic, but they’re enough to make each feel distinct and I liked selecting randomly for each stage just to see what the game would throw at me.

One new addition to the Switch that is particularly nice in these socially-distanced times is the presence of online multiplayer for the entirety of the game. The online connection felt solid when I connected with a friend who also lives in the Southern California area, but your mileage may vary depending on distance and number of people in the game lobby. He reported a bit of input latency on the non-host side of things (though I think he was just trying to cover for all my lives he used up) and there were moments where the framerate dipped on the overworld screen, but it was a very positive experience overall. Working together to collect hard-to-reach stars, being impressed by one another’s platforming prowess, and just talking about our day-to-day lives gave each stage a heightened sense of mania and hilarity. If you can, I highly recommend linking up with some friends just to experience this unique brand of chaos, but it isn’t necessary to appreciate SUPER MARIO 3D WORLD’s excellence. 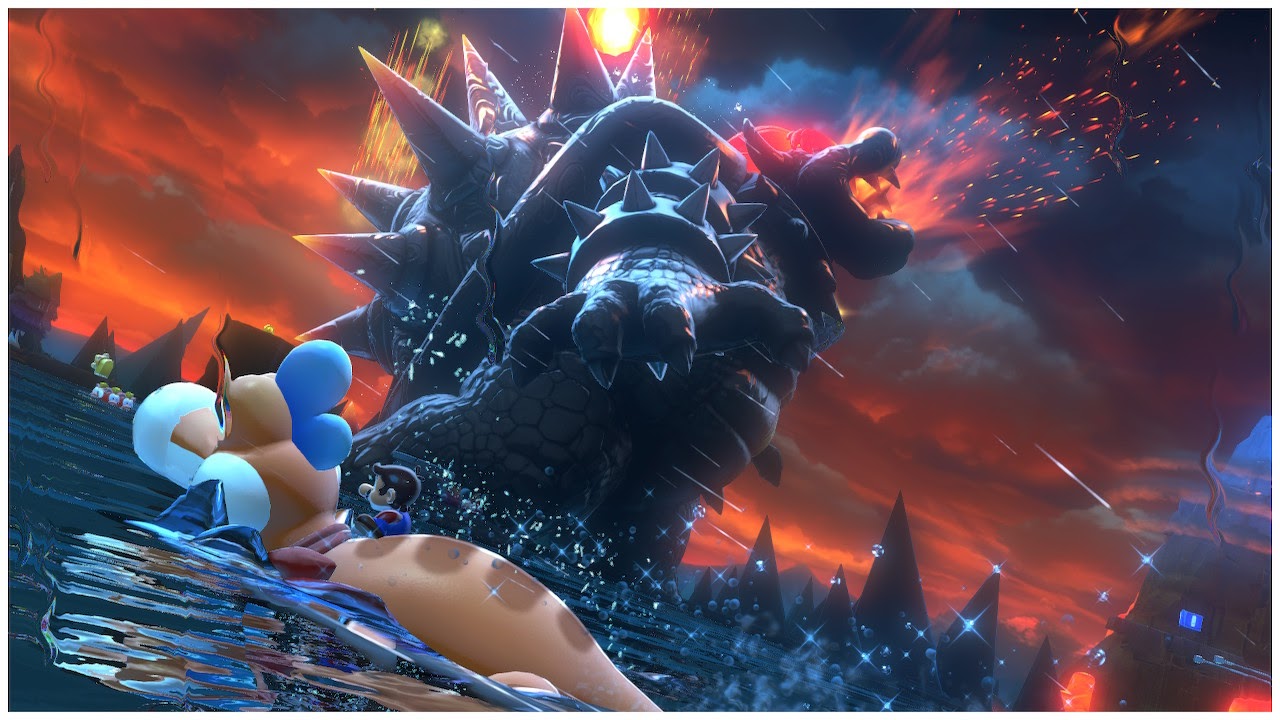 The biggest question mark about this port’s entire package, however, is BOWSER’S FURY, a completely new mini-adventure added to sweeten the pot for both new and returning players. The premise is simple: something has turned Bowser into a meaner, skyscraper-sized version of himself, so Bowser Jr. transports Mario to the mysterious Lake Lapcat to help return his father to normal.

BOWSER’S FURY tries to blend the design of the recent SUPER MARIO ODYSSEY with the gameplay of SUPER MARIO 3D WORLD. Like ODYSSEY before it, the game features a completely open world. Players are tasked with collecting dozens of “cat shines” scattered throughout the map in order to unlock and explore more of the world to find even more cat shines. This leisurely exploration is punctuated by short linear sections of platforming that incorporate the mechanics of 3D WORLD, such as invisible blocks that only appear when Mario inches closer to them or propeller hats that allow him to reach dizzying heights. 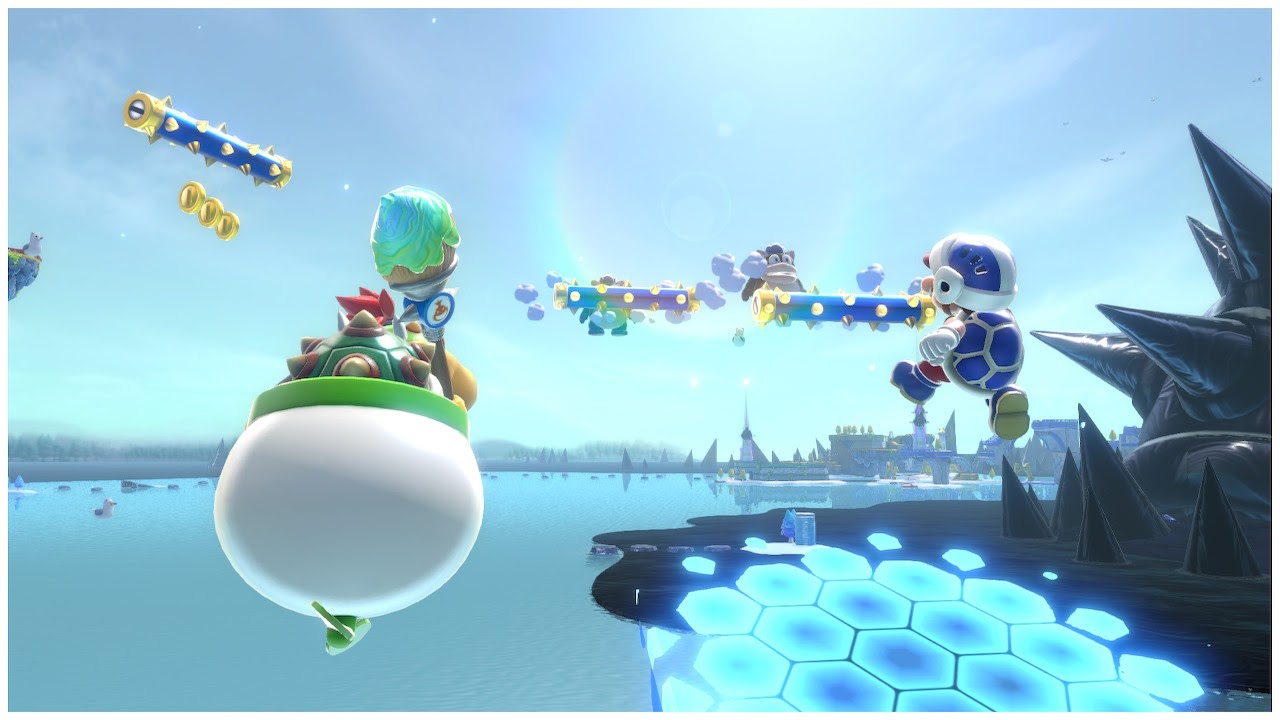 The mechanics brought over from 3D WORLD are still entertaining in this context, but most aren’t given enough time to develop into the formidable challenges that made them exciting to triumph over in the base game. Similarly, the open-world exploration feels a bit limp without the dives, bounces, and captures of SUPER MARIO ODYSSEY. Though undoubtedly fun to play, BOWSER’S FURY splits the difference between these two games and that can often feel like a compromise rather than a synthesis.

One new feature that helps ameliorate this feeling is the ability to equip any of Mario’s power-ups at any time. As players collect traditional transformations like fire and boomerang flowers, Bowser Jr. will store up to five of each in a personal collection. Players can then request any of these power-ups whenever they want. It’s surprisingly freeing to face an intimidating set of jumps and think, “I’d really like to have a tanooki suit right about now,” then remember you can pull one out without having to go searching for a random question block.

The opportunities this affords don’t rival the captures of Cappy from ODYSSEY, but it does add an additional level of flexibility. Every linear segment can be completed as base Mario, but you can pick whichever suit would make the challenge easier or more enjoyable. While that’s how it should be for this brief kind of game, it does make me curious to see whether Nintendo could take more advantage of this mechanic in a future Mario game. 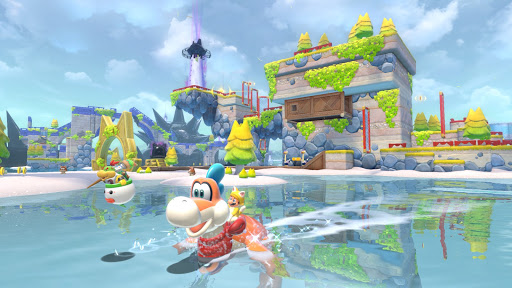 Easily the best part of this expansion though is Plessie the Plesiosaur. His appearances in 3D WORLD always felt too brief for my taste, so having an entire adventure to explore the waters of Lake Lapcat and do tricks with the happy dinosaur has only made him more endearing. He’s used in a variety of clever ways, and I am now begging Nintendo to give me a water-based racing game that tells the story of Plessie rising through the competitive and hostile ranks of the Mushroom Kingdom’s underground plesiosaur racing league. If Captain Toad can get a spinoff from 3D WORLD, I demand one for Plessie.

The catch to all this R&R is the giant Bowser slumbering at the center of the open world who will occasionally awaken to terrorize Mario and Bowser Jr. You can either wait out these events or find a cat shine to temporarily mollify the giant dino-turtle. There’s an interesting risk/reward dynamic happening here, but it’s sometimes annoying to be caught in the middle of a linear section with no cover from Bowser’s attacks. Even though these occurrences inject the game with a bit of much-needed urgency, I would have preferred if they happened with slightly less frequency.

Collecting cat shines eventually activates the power of giga bells, stationary landmarks in the open world that allow Mario to transform into a giant-sized cat form and clash with Bowser on equal footing. The encounters that ensue are absolutely ridiculous and I love them. Mario and Bowser doing battle in kaiju form is something I never knew I wanted, but seeing it happen for the first time was the moment when I first started grinning. For the most part, that energy followed me through the rest of the game, and, as I said at the beginning, that’s my standard for a good Mario game. 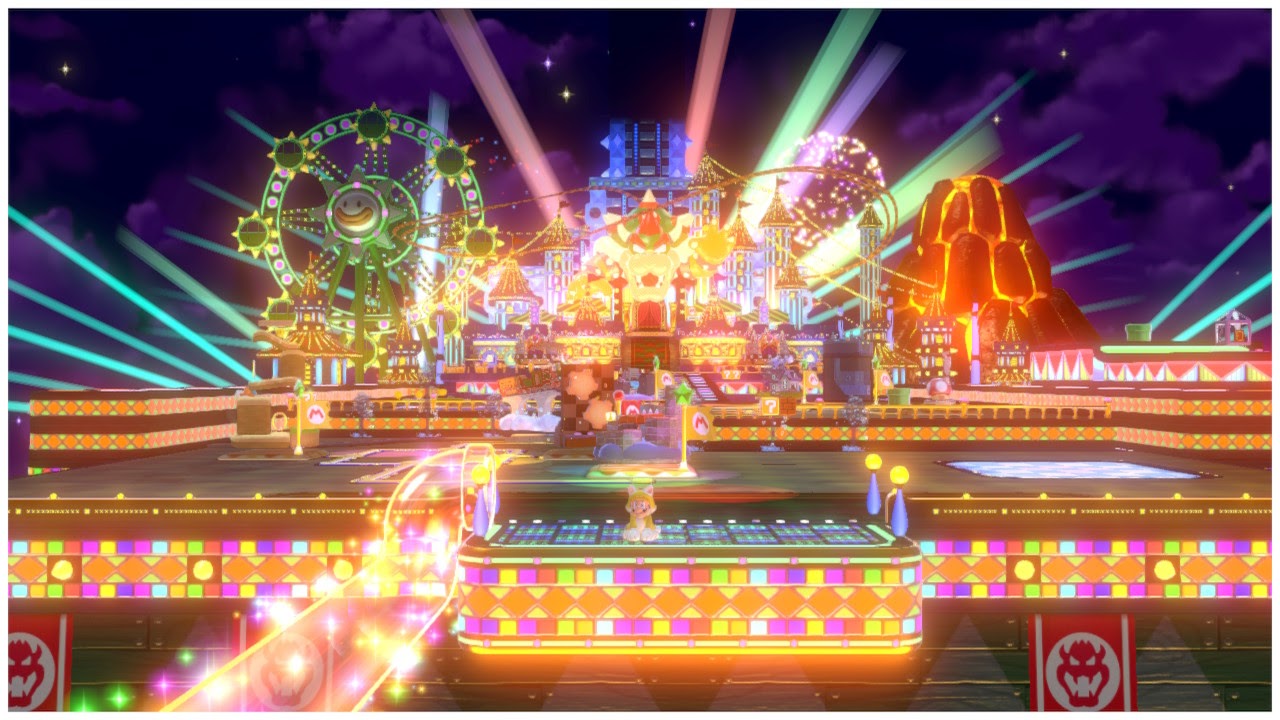 BOWSER’S FURY’s combination of SUPER MARIO 3D WORLD and SUPER MARIO ODYSSEY is interesting, but ultimately fails to reach the thrilling pace of the former while not quite capturing the freedom of the latter. That’s not to say it isn’t creative or worth your time—it’s a brief and manageable adventure that’s a genuinely enjoyable diversion, but it does end up feeling like just that: a diversion. Were it a stand-alone game, I’d probably ward everyone except Mario fans away from it.

But it isn’t. BOWSER’S FURY comes as a bonus with one of the most inventive, chaotic, and joyful games I’ve ever played. SUPER MARIO 3D WORLD remains a master-class of level design, and, whether you played it when it first came out or not, the game is a joy to revisit solo or with friends. For the price of admission, SUPER MARIO 3D WORLD + BOWSER’S FURY offers both a highly focused and polished game as well as an intriguing experiment on the Mario formula. That combo is hard to beat in terms of pure video game fun and is what makes this package worth investing in for anyone looking to have a smile on their face.

Now get to work on that Plessie game Nintendo! 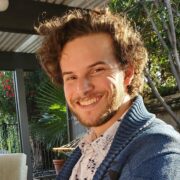 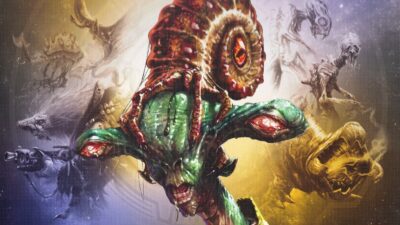 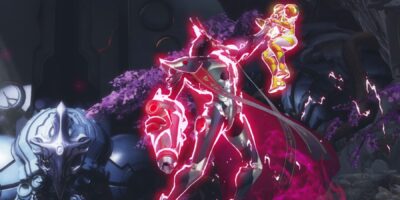