Another Bandcamp Friday has arrived, and as such we have a supersized selection of records for you to check out! Check out the latest releases from Bambara, Graham Hunt, Knoll, and Suffering Hour! 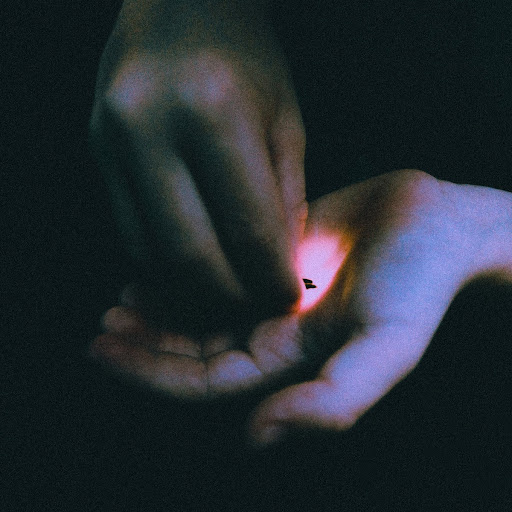 Oh, how I regret missing this last year, because Bambara’s fourth record ranks among my favorites of 2020. One of the many post-punk/noise rock albums that the Amazon Music algorthim has thrown at me (possibly due to how much Idles I listened to in preparation for a contentious review), STRAY clicked with me in a way that so many of their peers and influences haven’t. Lacking the Bauhaus-esque moments of industrial terror from SWARM or the droning analogue vibes of DREAMVIOLENCE, the more melodic and up-tempo SHADOW OF EVERYTHING has been refined to be even more structured and propulsive. These are their most well-groomed and performed songs to date, and the newly-discovered hooks bring the gothic tales to life like never before.

The core ingredients of Bambara are still present: a thick, ethereal atmosphere of baritone vocals, gothic jangles, and a Spaghetti western flair to the tones and rhythms. This intersection of Cigarettes After Sex and Murder by Death extends to the content as well, with prostitutes, arsonists, and prison escapees chased by a literal Grim Reaper in a nonlinear noirish narrative connected by tiny details of gold teeth and blonde wig. Even with a pseudo-concept album, the lyrics are tighter than ever, as is the music. The drums are propulsive, the guitars generate both catchy riffs and haunted chords with ease, and the dense mix slips in menacing horns on “Miracle,” slinky trumpets on “Stay Cruel,” and bright keyboards on “Made For Me” while keeping things holistic and brooding. It is plainly derivative, especially of Nick Cave and the Birthday Party, and can be a tad homogeneous, but STRAY is so well-executed and engrossing that it sucked me into a genre that I regularly struggle with. If you need the soundtrack to a long car ride after a night that never seemed to end, then check STRAY out here. [Blake Michelle] 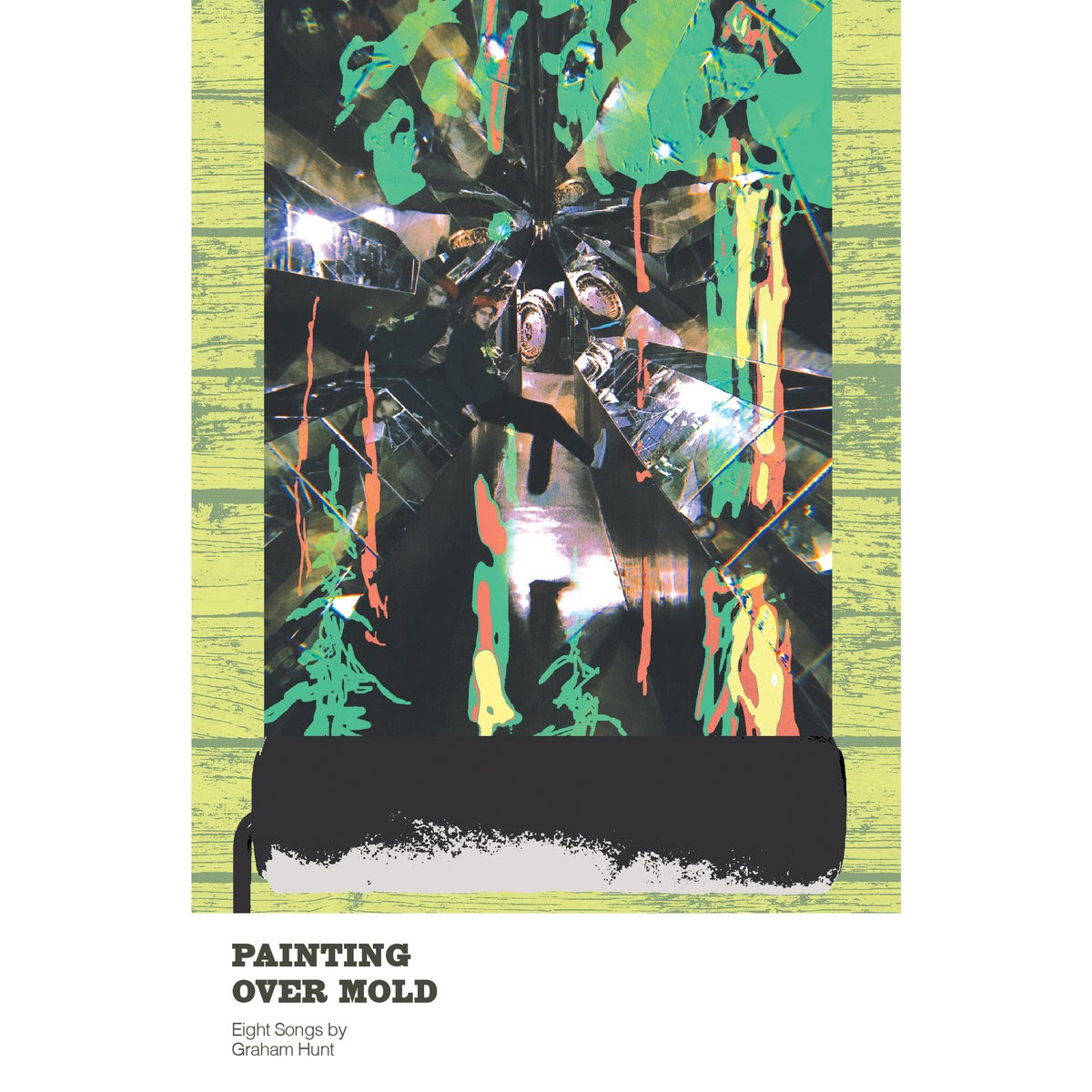 Graham Hunt’s sensibilities are hard to pin down. Even if PAINTING OVER THE MOLD is an eight song masterclass in getting the most out of the larger garage rock framework, to call it eclectic would still almost be doing it a disservice.  There’s a bit of country bar rock, a bit of noise pop, plenty of lo fi crooning and groovy rhymes, and even a few radio-ready choruses hidden in there; it’s a smorgasbord of different textures and musical ideas all in conversation with one another and it’s impressively done. Doubling down on the sonic expiration of his debut, LEAVING SILVER CITY, which similarly bobbed and weaved between a variety of rock subgenres, albeit with a bit brighter and even dreamier tone, his latest is more edge-of-your-seat tonal songwriting. If the opening track “Anything To Make It Better” doesn’t sell you, with it’s regimented, syncopated piano rhythm (a Battles-like riff that could be a Neil Young jam), the counting-lines-on-the-highway ballad “Lighter Touch” will. From the muddied Parquet Courts-y funk rhythms of “Dinerland” to the honky tonk bar groove of “Scraping the Road” or the nostalgic slow burn of closer “After We’re Gone,” Hunt’s palpable energy becomes a throughline for a diverse collection of songs that fit beautifully together for no other reason than he says they do. Hunt’s spent two albums slowly exploring the varied corners of the rock world, and PAINTING OVER THE MOLD is a series of midwest rock sounds in one, 26-minute package. If I hear a better grungy lo fi guitar earworm than “Change Their Mind” this year, I’ll be surprised. Go grab a copy from Forged Artifacts over on Bandcamp. [CJ Simonson] 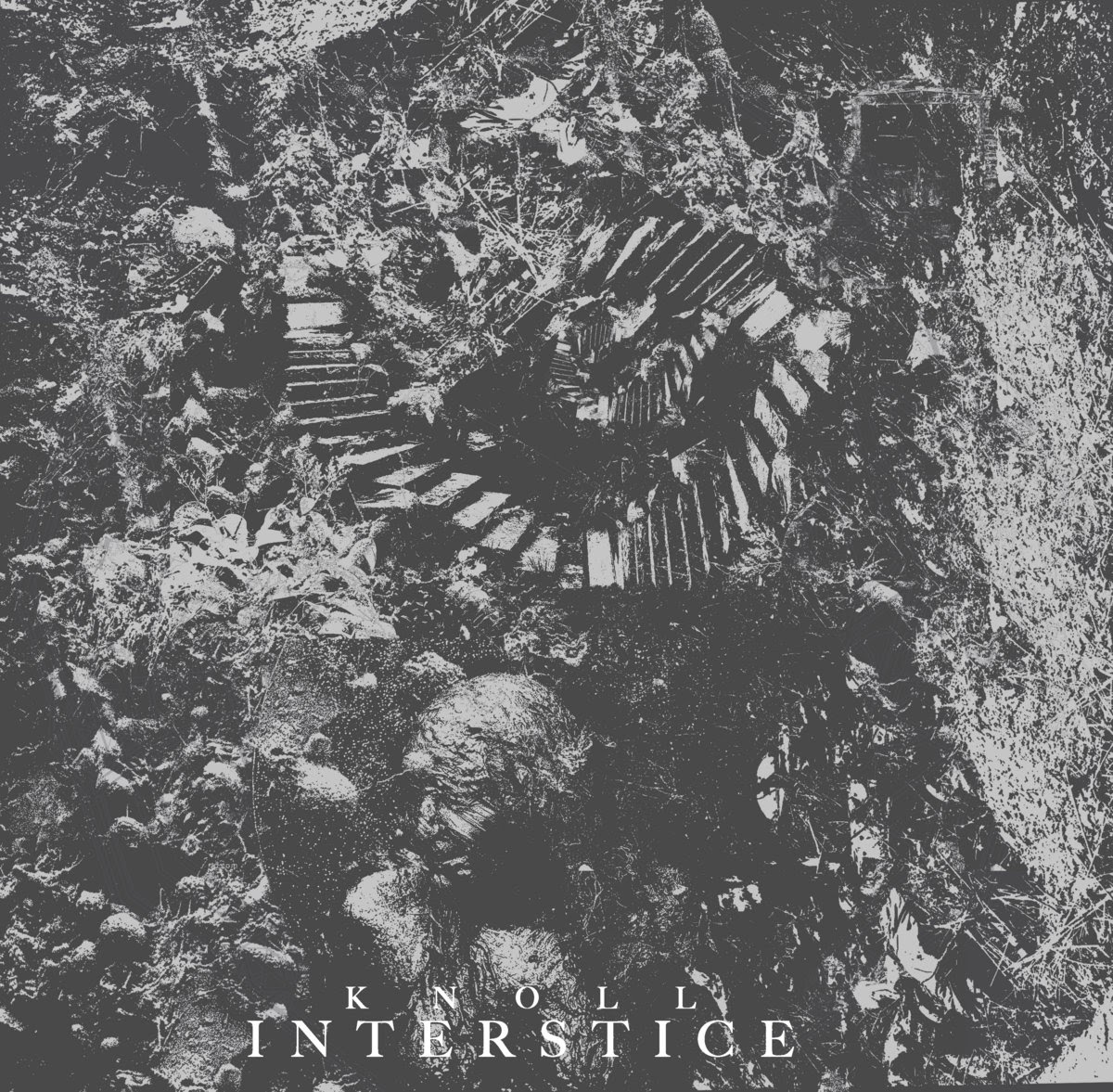 Following in the tradition of Discordance Axis and Cryptopsy, Knoll delivers deathgrind that feels designed to strip the flesh from your bones. Like their predecessors, this is a grind album that doesn’t feel half-assed; the walls of noise have been meticulously thought out, the composition and mixing refined to an art rather than relying on relentless brutality with zero contrast (we love when we can actually clearly hear the bass, don’t we folks?). The best artists who work in pushing heavy music to its extremes understand that just playing as fast as humanly possible, the tracks on INTERSTICE that slow down hit even harder by contrast, particularly “Grasp.” These are guys who clearly know how to really play and are drawing from the outer-edges of experimental jazz and mathcore, which gives this record a depth that you don’t always find in grindcore. Lyrically it’s also an especially rich record, the level of granular detail the band gets into as they describe living on a rapidly dying earth is intensely cathartic. Knoll is a band that will obviously put on a hell of a show once things open up again, but for the time being you should absolutely support them here on Bandcamp. [Carter Moon] 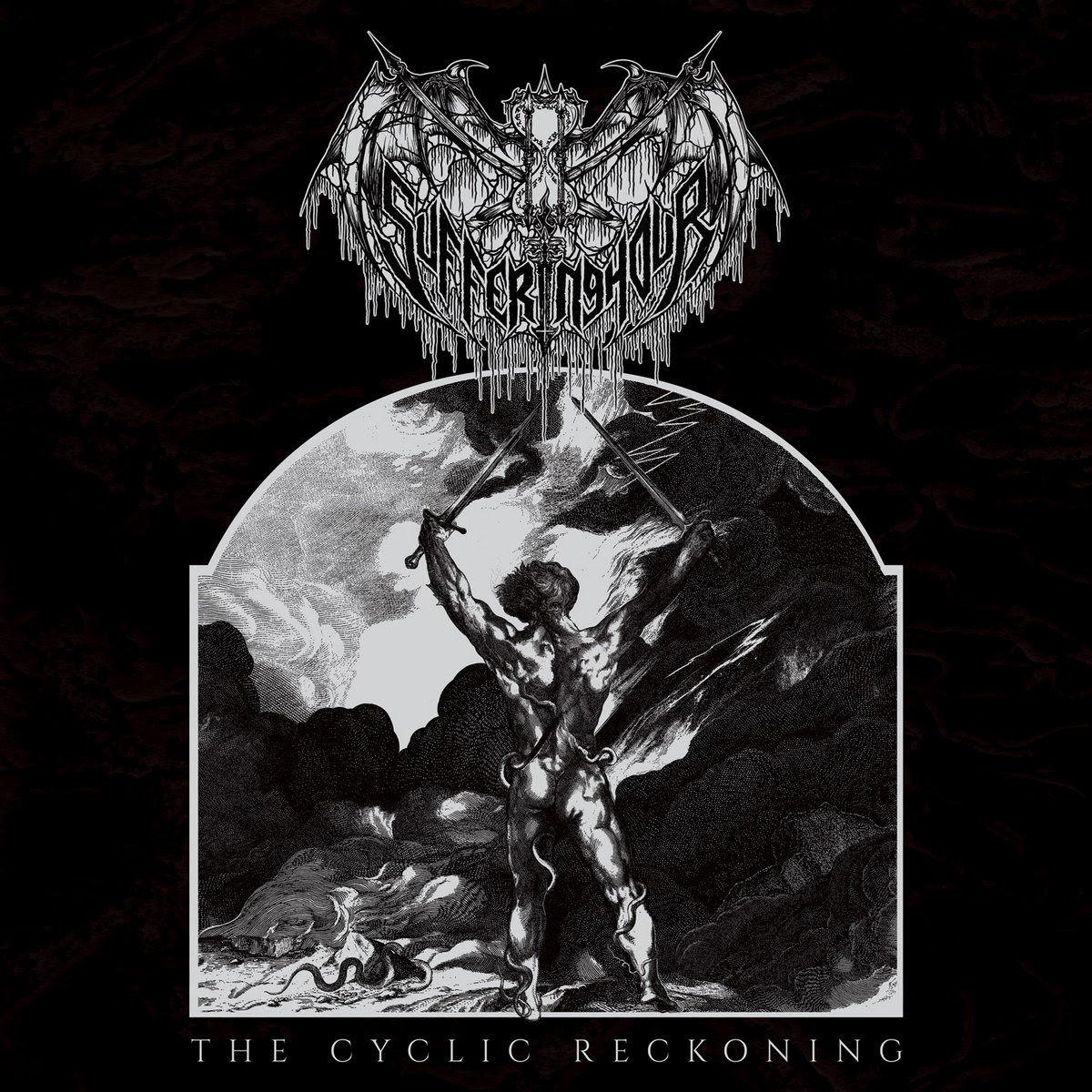 Minnesota trio Suffering Hour, formerly known as Compassion Dies, have been making a name for themselves this past decade with their unique and devastating brand of blackened death metal standing out in an otherwise saturated market. 2017’s IN PASSING ASCENSION woke a few up to the band’s ability, but here, on THE CYCLIC RECKONING, they use their technical skill to create a one-of-a-kind masterpiece. Not to get too mired in subgenres of subgenres but there is indeed a smorgasbord of beautifully utilized influence on here. Its through line is sinister and raw as any good metal album’s should be, yet it totes truly bizarre guitar tones ranging from gothic country twang to dissonant tech death mastery to lush doomgaze grooves to post-punk inspired deathrock onslaughts. All that means in layperson’s terms is that it’s more fun and satisfying than your typical incessantly chugging metal release. Even with track lengths well over what’s expected, there’s clearly enough going on where time melts away. Along with the riffage, vicious death growls and cathartic drum work complete an immersive sense of atmosphere that’s less empty atmoblack and more harrowing rock opera. The band makes it all flow so seamlessly. Just within the transition from the last few moments of “Transcending Antecedent Visions” through to the entirety of “Abrasive Black Dust Part II.” there’s a mind-blowing evolution of sound that’s unparalleled. Words cannot do it justice. Taking all the best parts from all the best extreme music genres, THE CYCLIC RECKONING is sure to be in the metal album of the year conversation if not outright album of the year. Check it out on Bandcamp today! [Alexander Larios]

Interview: Thank You Thank You