“I want it to feel like I’m doing my show inside of my mom’s heart.”

Whitmer Thomas’ debut stand-up special opens not on a bustling lobby, nor a line of excited attendees wrapping around the corner—THE GOLDEN ONE opens with a quiet moment with Whit, backstage at the Flora-Bama Lounge in Gulf Shores, Alabama. The location doesn’t seem like a conventional space for a stand-up set, but its function is purely therapeutic—Whit’s late mother performed as part of the house band at the Flora-Bama Lounge throughout his childhood, and Whit feels a performance there will be a fulfilling way to honor her memory. As a sort of prologue, Whit introduces the audience to his mother’s music and reads a tender note from her (inside of a notebook in which he later wrote “a bunch of jokes about jacking off”), before he and his best friend and co-director Clay Thomas make a pilgrimage back to Gulf Shores. This entry point for the special quietly, yet firmly, establishes the vibe of THE GOLDEN ONE: a tightrope walk on the line between sentimentality and humor, between documentary and stand-up special. 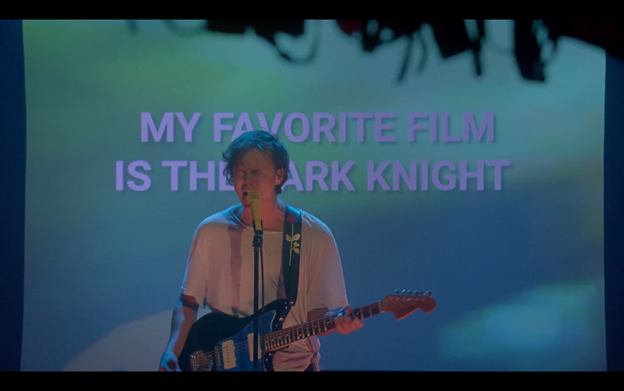 “My youth feels incomplete,” Whit bemoans in the titular track. Between jokes about his “pretty bleak” childhood and stories about being kidnapped at age three, his father leaving, and ultimately his mother’s death, it’s clear that this is no exaggeration. It’s kind of stunning how well Whit is able to transform his trauma into comedy while still honoring the complex emotions and memories. THE GOLDEN ONE evokes a similar style to Jenny Slate’s 2019 special, STAGE FRIGHT, in that it’s comedy interspersed with documentary footage—but Slate’s could be criticized for not quite connecting the two. Here we see a firm handshake between the documentary footage and the performance, but even more impressively: both stand on their own. This could easily be exclusively a documentary about Whit’s childhood or a full hour special, yet both sides work together to create something so special. I mean Jesus, how often do you leave a stand-up show and say “I wish that was longer”? 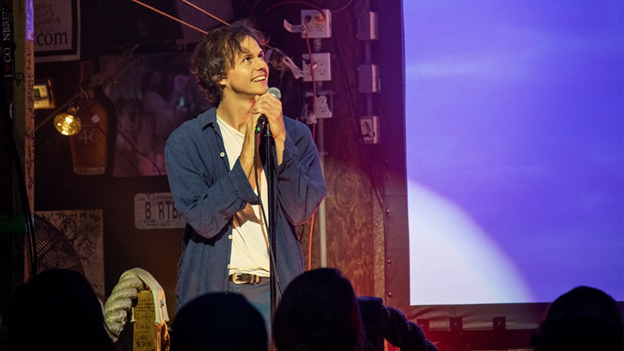 Early reviews and interviews with Whit noted the influence of Jonathan Demme’s Talking Heads concert film STOP MAKING SENSE, and director Clay Tatum finds a balance between energetic musical performances and emotional upheaval/stand-up. In a commentary track via his podcast THE AMERICAN ARTS AND CULTURE REVIEW, Whit stated that they filmed the special over two nights: the first night was family and friends and the following was comedy fans, and they ended up using most of their footage from the second night. It’s unnervingly obvious when jokes don’t land, but this only strengthens the conceit of the piece. Had Whit been looking to drop a perfect stand-up special, he could have booked a familiar spot in Los Angeles and filled the audience with his friends, family, and an established fanbase. Heck, he could’ve used the footage from the first night at the Flora-Bama Lounge. But the piece is about returning to a space that’s familiar to him, yet one he has likely grown out of. The strength here and in STOP MAKING SENSE lies in capturing the energy and presence of an audience while rarely every showing them, making the piece primarily focused on Whit and his connection to his mom via the stage they share. This only serves to make the final performance with his aunt even more impactful, as he finds the closest thing to performing with his mom at the Flora-Bama—performing with her twin sister.

Grief is a bizarre, arduous, seemingly endless process. The final documentary scene in which Whit talks to his aunt for the first time since his mother’s death is absolutely brutal, but the sense of closure is seeping out of every single pixel HBO has to offer. “Was this ever a comedy?” he asks in the titular track—is anything anymore? Or is it all about wading through the bullshit until you find a way to laugh and sing songs about the worst experiences of your life? 11 years after his mother’s death, Whit has managed to find humor in tragedy while honoring the amount his life that has been affected by the trauma of his youth. I’m left with a million questions after THE GOLDEN ONE—existential, technical, and probably way too personal—and if Whit and Clay ever drop the additional 30 hours of footage, I’m ready. 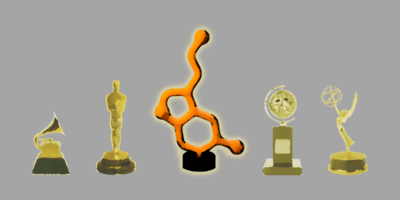